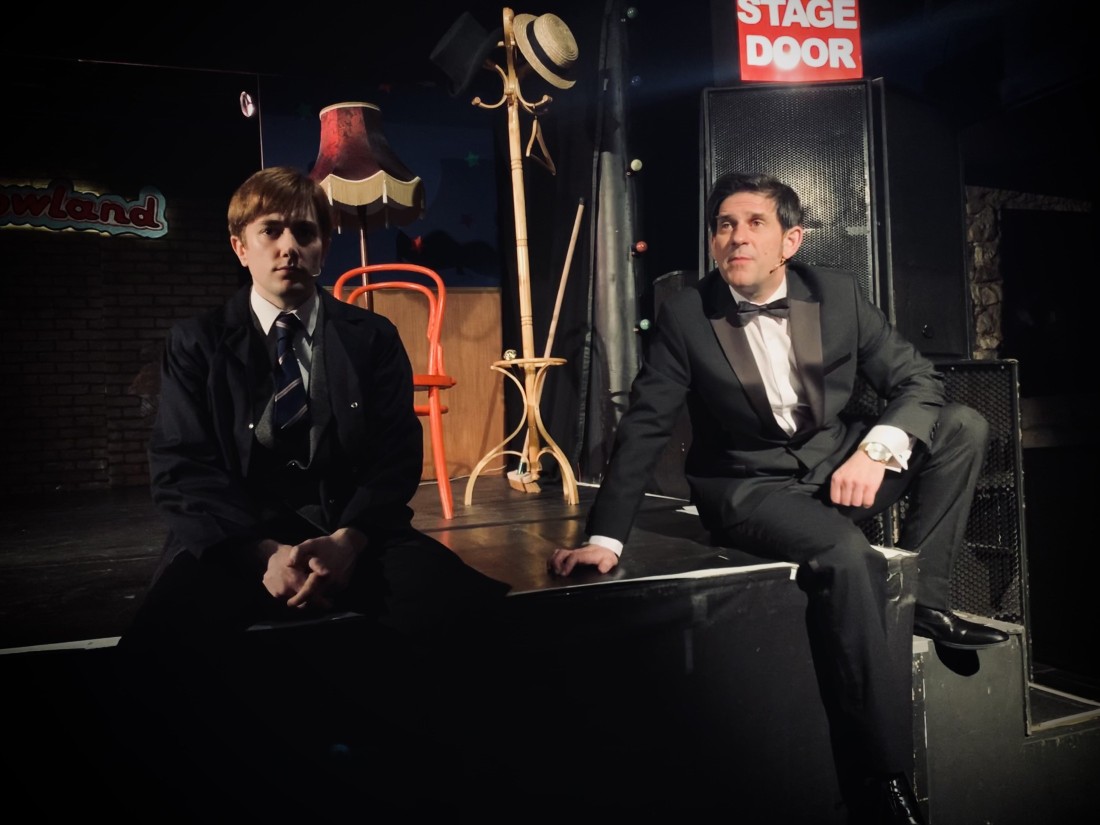 Written by Kim Millar and directed by April Chamberlain

Well, what a triumph of lunchtime theatre that was! Rapturous applause is still ringing out as the lights go up.

From one famous Glasgow entertainment venue to another, this is a cracking offering by writer Kim Millar and a brilliant cast.

Why Hollywood crooner Frankie Vaughan took Glasgow to his heart has baffled and intrigued people since the 60s.

After losing his voice at a show at the Barrowland ballroom, the crowd showed its affection by singing his songs and completing his set.

“Anywhere else and I would have been booed off the stage,” the star (played brilliantly by Andy Clark) quips in the play.

His experience sparked an affinity with the city which would last until he died in 1999.

He would revisit the city shortly after the Barrowland show to broker peace between warring gangs and the authorities.

He would famously oversee a knives amnesty and campaign for better facilities in the new and troubled scheme of Easterhouse. 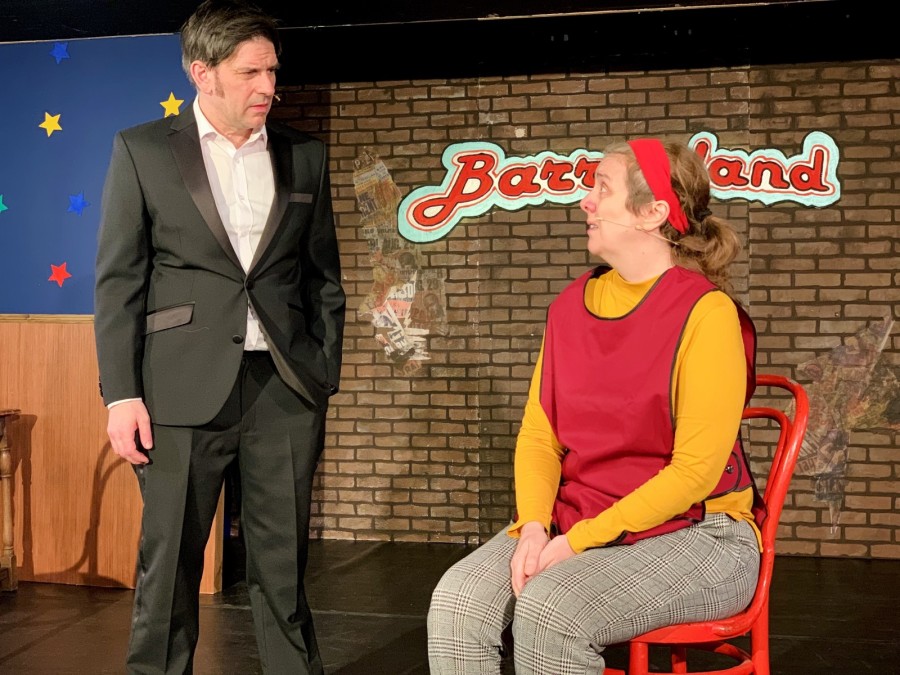 Andy Clark as 'Vaughan' and Karen Dunbar as 'Ann'

In Millar’s play, we have a wonderfully moving dramatisation of real-life events that has you gripped from start to finish.

Ann (Karen Dunbar) is a cleaner at the ballroom and her son Walter (Kyle Gardiner) does odd-jobs around the venue.

They strike up a bond with Vaughan who is moved by Walter’s tough, gang lifestyle.

He sees in Walter much of his own upbringing and offers to help him - by helping his community.

The rest is history and a matter of public record.

But ‘Mr Moonlight’ is a wonderful account of how that remarkable episode came about.

The script is funny and moving, and director April Chamberlain packs in a lot of action and scene changes in such a short space of time.

Clark’s rendition of Vaughan’s hits are flawless and beautifully mimic the singer, one of the icons of his day who starred alongside Marilyn Monroe. 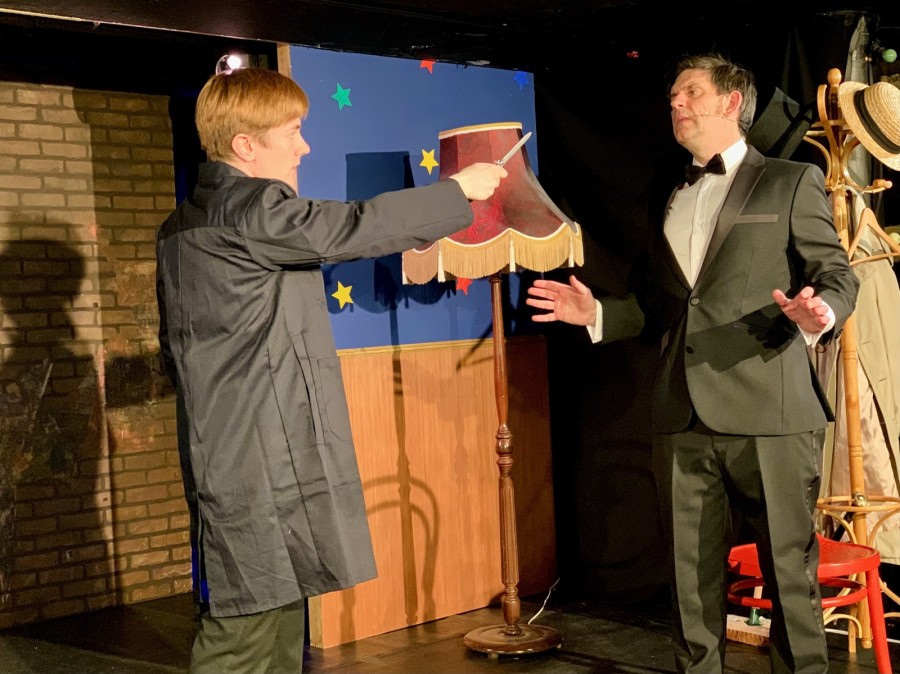 It is an affectionate retelling of the circumstances surrounding the city’s years of harrowing gang violence, when the Glasgow was known as the ‘Stab Capital of the World’.

We are lucky now that the issues of the 60s (although by no means entirely vanished) do not ruin the lives of young men like they did.

Dunbar is fantastic in her portrayal of a single parent trying to do the right thing for her son.

She tells a sorry-looking Vaughan not to be full of self-pity and to get back out there to face his crowd.

In Millar’s play, we have a wonderfully moving dramatisation of real-life events that has you gripped from start to finish.

The script is utterly believable and fizzes with poignancy and insight.

Her rendition of Cry Me A River is beautifully performed.

No seat should be unfilled this week. It looked like more chairs were set out on Monday in anticipation of a bumper crowd.

This really is one not to be missed. Well done to everyone involved.

And all this in the West End on a Monday afternoon. Bring on Tuesday’s show.