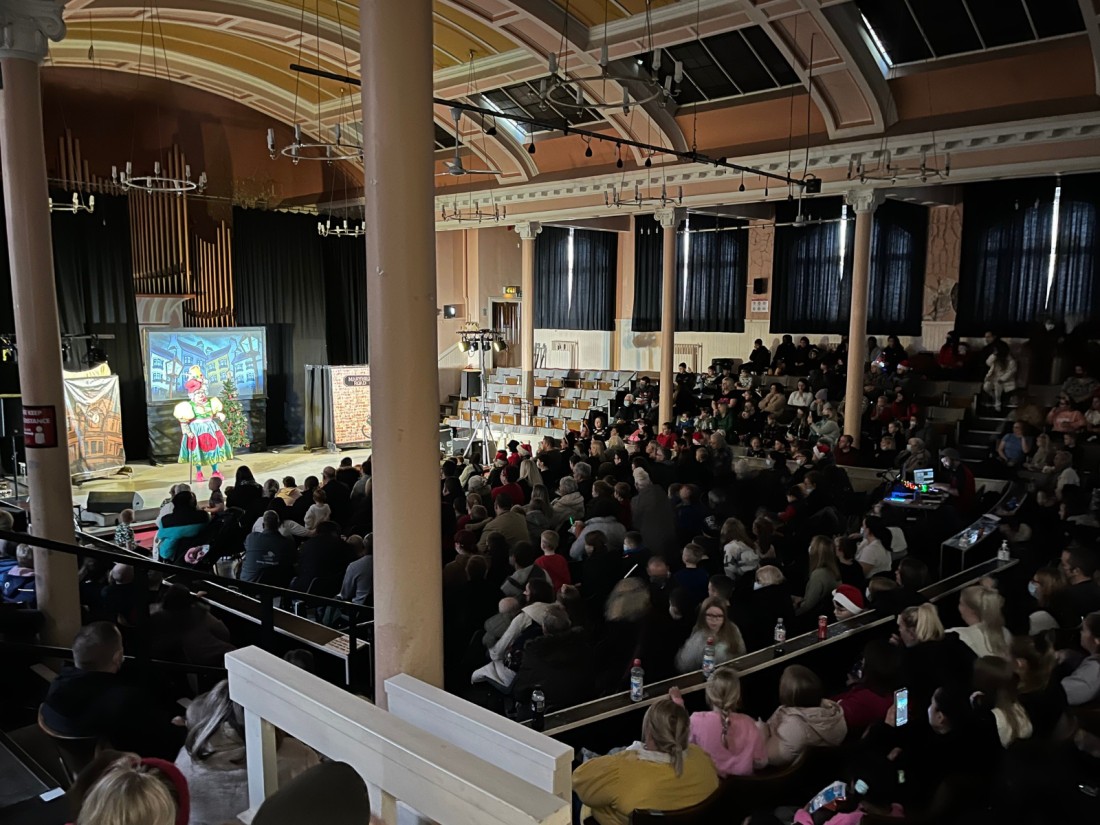 After the lockdowns and restrictions, panto returns to the West End in all its rumbustious glory.


The area’s theatres and halls will once again ring out with crazy innuendo and funny one-liners as dames and villains tread the boards. Fairytales are given a twist and gags thoroughly cranked up to maximum dafty volume.

But why do pantomimes endure in the digital age and the era of streaming and downloads, and why do people young and old immerse themselves in silliness and mad-cap make-believe?

Brendon McIIroy is directing Sleeping Betty, which is playing at the Pearce Institute in Govan and then at Maryhill Community Central Hall.

He said: “With everything that's happened in the last few years, things like panto have become even more important. People need an escape and a bit of fun and levity. 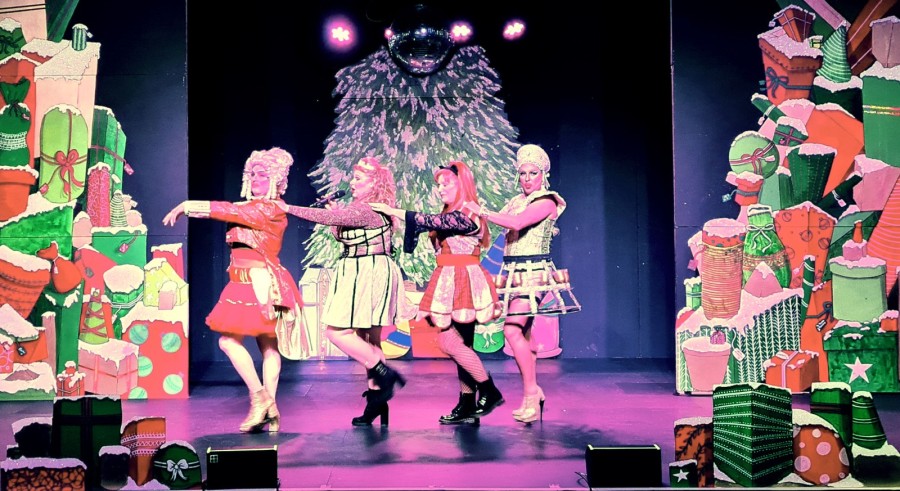 The cast of Sleeping Senga at Websters Theatre

“Pantomimes are all about the audience and the sole purpose is to make you laugh, dance and sing your heart out. That's our only aim this year.”

Paul Harper-Swan agrees. He has written and produced Sleeping Senga, which is playing at the fantastic Websters Theatre on Great Western Road throughout December.

“Panto is a huge Scottish tradition and I think it is so popular as it is that time of the year when the entire family can be in the theatre together and laugh and sing along and get involved with the characters."

Pantomimes are all about the audience and the sole purpose is to make you laugh, dance and sing your heart out. That's our only aim this year.

A huge draw for many to the local productions is the value for money they offer. Audiences do not miss out on quality or laughs.

Brendon said: “Not everyone can afford to go to a panto which is why we give thousands of families and young people the chance to see the show for free or for a heavily-reduced price." 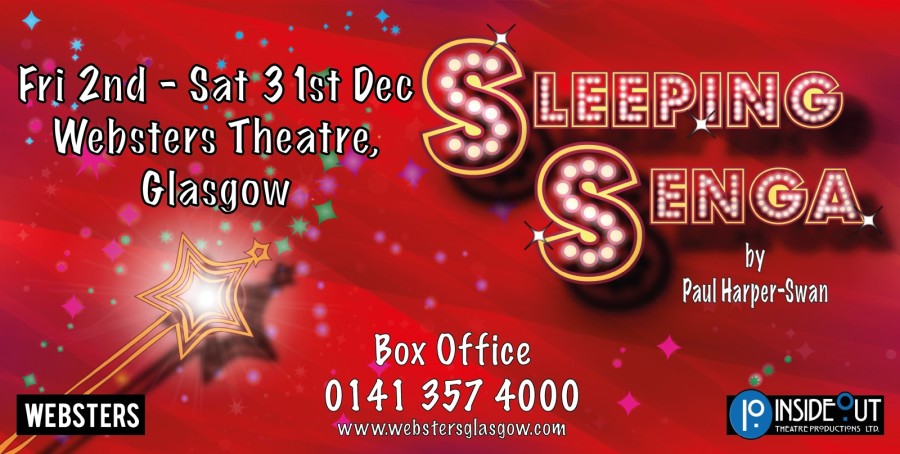 From the producers who brought last year's ‘Oh Aye It is!’ and written by Paul Harper-Swan, Sleeping Senga is a rip-roaring yarn set in the West End. It’s Senga’s eighteenth birthday and she is having a party at the Panto Inn in Partick. Celebrations are in full swing with all Senga’s panto pals but no one has remembered the curse that was placed on Senga by the evil Elvira 18-years ago when she was missed off the invitation list to the youngster’s naming ceremony. Will Elvira have her revenge, and will Senga be put to sleep for one hundred years? There is only one way to find out!

Rab Hood & the Sheriff of Shettleston 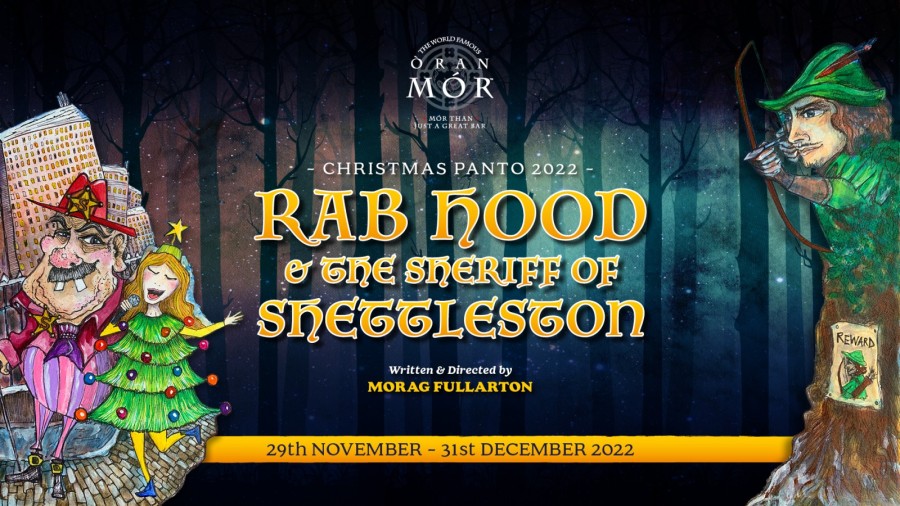 Panto at Òran Mór is a West End tradition and this year’s production promises to be another riotous show. Director, writer and produce Morag Fullarton has penned Rab Hood & The Sheriff of Shettleston, which is a knockabout story set in Glasgow. Evil Sir Percy ‘no mercy’ Sheriff of Shettleston is out to fleece the good folks of Glasgow. Meanwhile, arch enemy Rab Hood (alleg-edly hiding out in the leafy West End) is out to foil his dastardly schemes – stealing back the ill-gotten gains, giving it laldy through the glens, and redistributing to the tyrannised townsfolk. (Adult content, 14+) 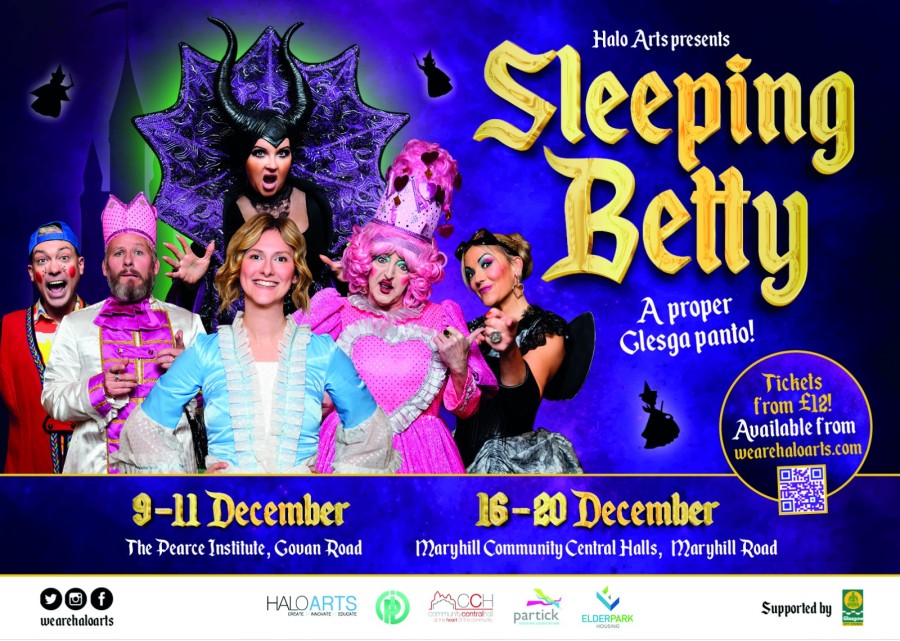 Halo Arts are masters of the community panto and this year’s show, Sleeping Betty, is another fabulous offering, being staged first in Govan and then Maryhill. Princess Betty is born with great beauty and has a wonderful christening, but the evil fairy Deadly Nightshade is pure raging at not being invited. When she finds out she seeks revenge and curses Betty to prick her finger and die! Can her pals protect Princess Betty? Will the Prince save the day? How does the castle survive with such stupid guards? Why so many questions? A hilarious ride from start to finish, Sleeping Betty definitely won’t send audiences to sleep.