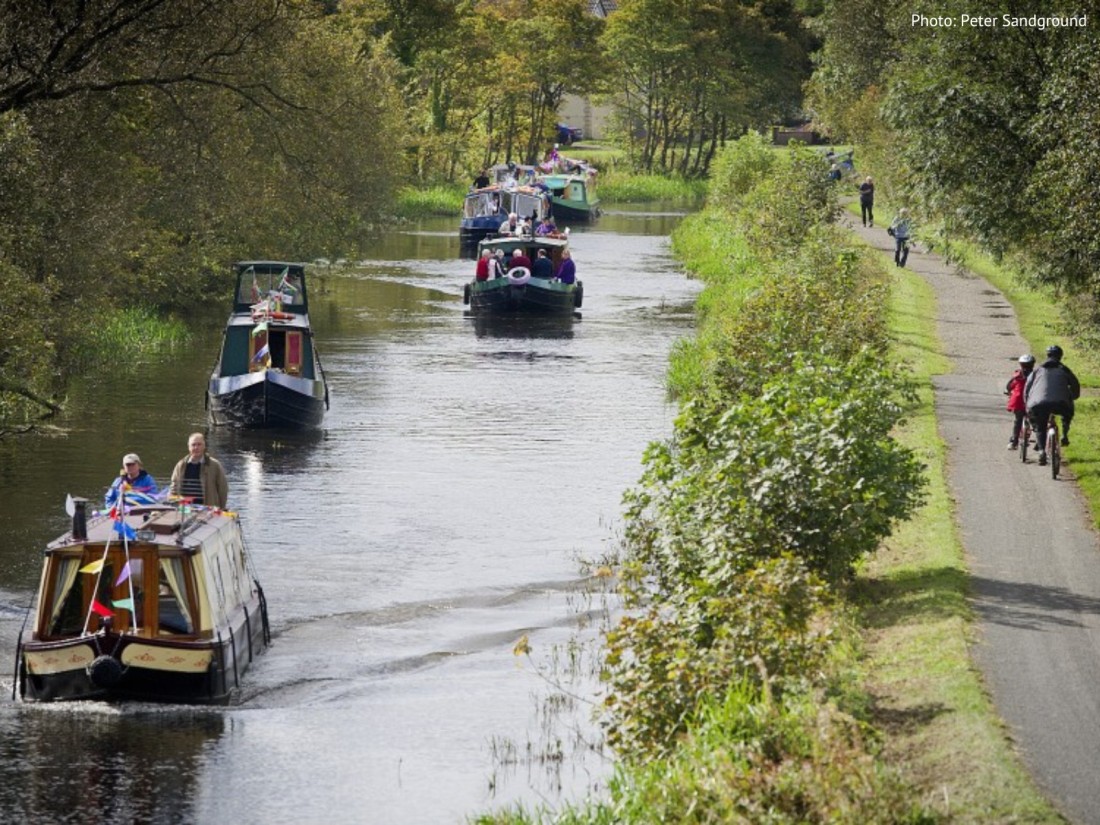 A journey along the Forth & Clyde CanalPeter Sandground / Scottish Canals

Walking alongside the Forth and Clyde Canal, I feel lucky to live here in Glasgow, a city woven with so many green spaces, and this magnificent waterway that runs like a silver thread through the north west.

In the heat of a summer afternoon, a breeze tickles tall grass and draws back curtains of ferns, revealing tangles of ripe red raspberries.

The low buzz of insects is enough to hush any faint echoes of distant traffic. Bliss. I watch as dragonflies flit among the wildflowers, through the bulrush, and then over the lily pads. A moorhen kicks and splashes. Just for a moment, I am lost in time. This could be any day, I think. Any year.

Yet just steps away from the Possil Marsh nature reserve, immersed in tranquility, it’s difficult to imagine how the people who lived and worked here 218 years ago must have felt when a blazing meteorite burst tumbling from the sky and plunged to the ground.

The event of April 5, 1804, produced a thunderous sound that could even be heard in Falkirk, with quarry workers describing the fizzing of this fiery rock on the last moments of its celestial journey. Although the High Possil Meteorite did still have a little more travelling to do, with the main four-and-a-half-billion years old fragment now in the Hunterian Museum, at the University of Glasgow. 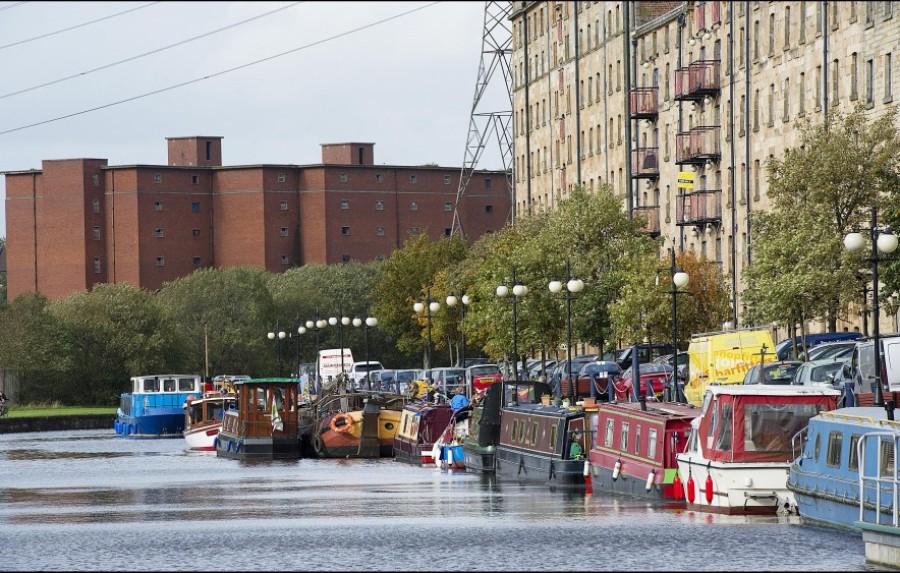 'A magnificent waterway that runs like a silver thread through the north west.' Credit: Peter Sandground / Scottish Canals

My daydreaming is interrupted by the trill of bicycle bells, before a family group race past with cheery smiles and nods.

It’s a reminder I have my own trek to embark upon, writing about two Glasgow stretches of the Forth and Clyde Canal, from Possil Loch to Stockingfield Junction, and south-east along the city branch of the waterway to Pinkston Basin, for a project that explores and celebrates how people relate to and interact with different places.

The drama of the High Possil Meteorite fall, and the location of the quarry, now a marshland nature reserve, close to the nearby site of a Roman fort at Balmuildy, provides me with a starting point for my contribution, ‘2000 years in five miles’.

Canals are fascinating subjects, and the Forth and Clyde, which has undergone significant regeneration since the turn of the millennium, has an amazing legacy.

It’s not surprising. The natural beauty attracts many of us to the towpath, just to stroll in the peace and quiet.

Others run and cycle, or paddle and sail the water. For much of this route, the canal is bordered by a dense line of trees that creates an impression of wilderness, and it’s only in the darkest months when houses, industrial units and busy roads are exposed, lying just beyond the bare branches.

Walking alongside the Forth and Clyde Canal, I feel lucky to live here in Glasgow, a city woven with so many green spaces, and this magnificent waterway that runs like a silver thread through the north west.

However, the canal doesn’t only contribute in this way to our mental and physical wellbeing, but also provides a focus for community organisations, architectural heritage, exhibitions and arts studios – even football matches.

It’s when you consider the history of those areas that surround the canal, and the waterway’s impact on the city, that you can start to see its recent revival as something even more than the successful tale of urban renewal and development it clearly represents. That silver thread stitches together whole communities.

Although man-made, the Forth and Clyde canal has become central to how this small part of the world continues to transform itself.

My walk takes me from Possil Loch, to Lambhill Stables and onto the the newly-opened Stockingfield Bridge, where the main canal continues west to Bowling and the Glasgow branch veers south-east towards the city centre. The bridge towers over this intersection, uniting Ruchill, Gilshochill and Maryhill, as the canal charges on.

Maryhill Road accompanies the canal along the first section, weaving past Lochburn Park’s Maryhill FC, the Charles Rennie Mackintosh-designed Ruchill Church Hall in Shakespeare Street, lifting over Ruchill Drive on the way to Firhill Basin, with a changing of the guard, as Garscube Road takes over.

The canal passes Murano Street student village – where glass works once thrived, named after the famous Venetian glass – before encircling Partick Thistle FC, at Firhill, and on to the incredible Hamiltonhill Clay Pits nature reserve, past the Old Basin, heading for Port Dundas, with arts venue the Glue Factory and Sculpture Studio nearby, before finishing at the watersports centre at Pinkston Basin.

Old buildings, new life. The Forth and Clyde Canal, that silver thread, has sewn itself into the heart of Glasgow. 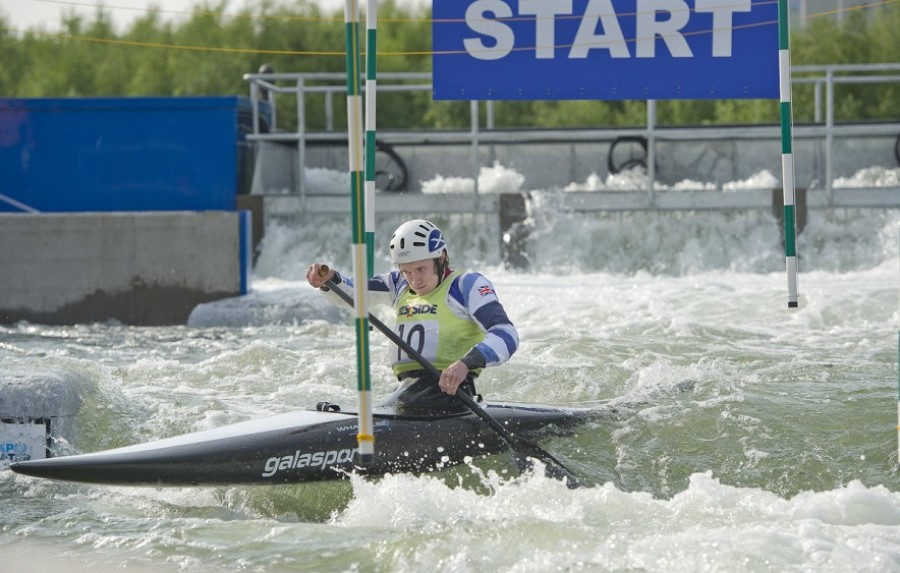 The Forth and Clyde has undergone significant regeneration since the turn of the millennium. Credit: Peter Sandground / Scottish Canals

Places to go, things to do

* Ginny Clark is a journalist and writer based in Glasgow. ‘2000 Years in Five Miles’ was written for the 4th World Congress of Psychogeography. See more at 4wcop.org.uk and @ginnyclark. This article originally appeared in our print magazine in September 2022.
Share this story

Glasgow bike tours with a difference

Guests take in lesser-explored parts of the city