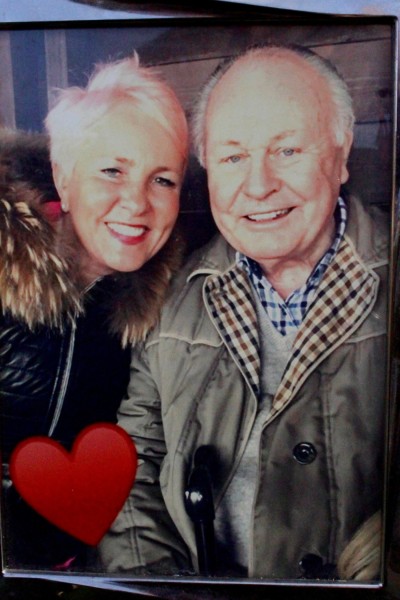 Sarah and her father, the late Bill MannSarah Smith

He was known as ‘The Numbers Mann’ because of his brilliant mathematical business brain.

But in the end he couldn't recognise the money in his pocket because of his illness - dementia.

Bill Mann spent his life investing in Scottish enterprises and entrepreneurs and set up a charitable foundation to pour millions of pounds into good causes.

In the West End, he famously saved the Western Baths Club from ruin with his abilities and finance.

He also put money into local sports and charities, and even helped re-write the UK’s tax rules saving sports clubs millions of pounds.

The Numbers Mann did all that and more. Much more. But, sadly, dementia took those brilliant faculties away.

In her book about her father’s illness, Sarah Smith describes the moment when Bill didn't know what money was any more.

Sarah, who lives in Broomhill, told Glasgow West End Today: “My dad was a businessman, he always had cash in his pocket.

“I remember one day, he looked at two ten pound notes he had.

“He asked me what it was. I said they’re ten pound notes, dad. There’s two of them, so what would that be?

“He didn't know, and he was known as the Numbers Mann in Glasgow.” 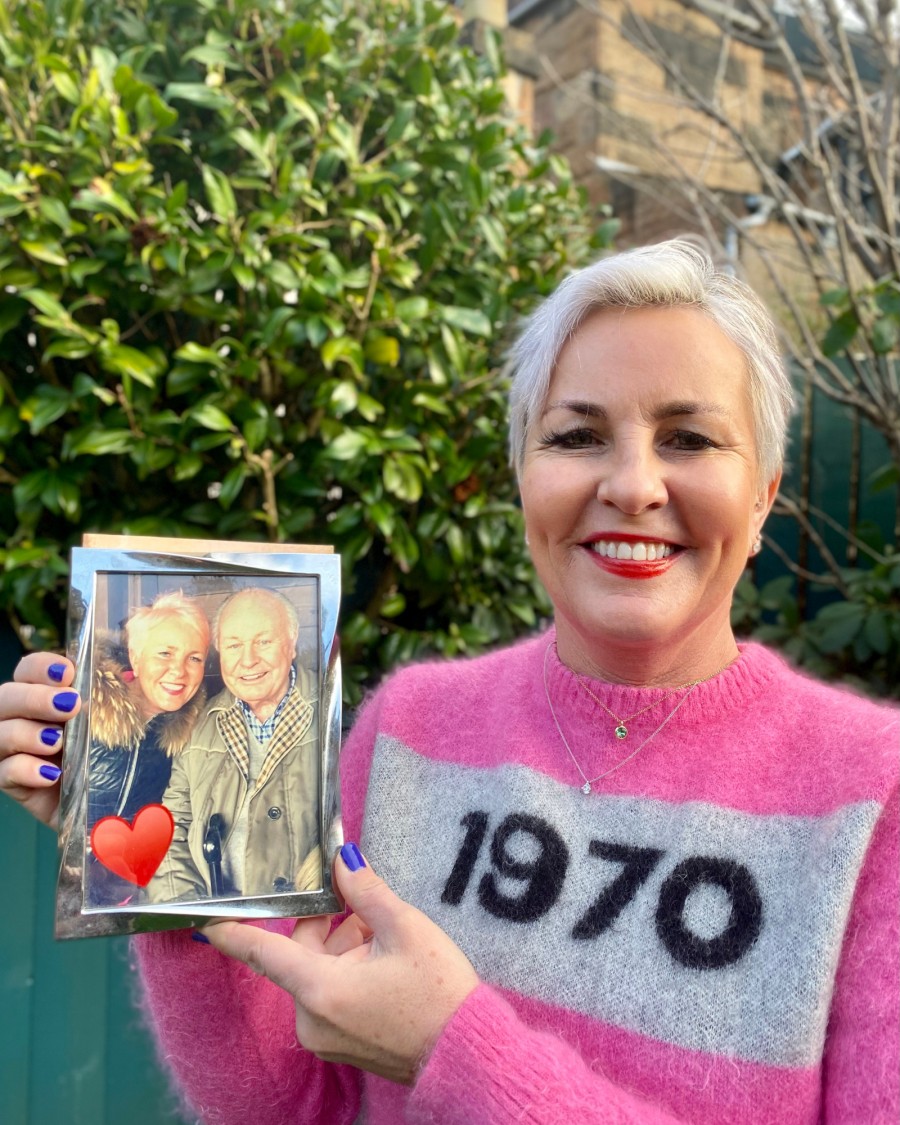 Sarah wrote her book in lockdown after her father died in 2019.

Her book ‘Because I Know Who He Is’ is a deeply moving account of her father’s illness, and the emotional journey his family endured.

It chronicles Bill’s mental decline and the distressing moment when it became apparent he could no longer live independently in his home.

The book, however, offers a personal insight into dementia and an understanding of the impact on the individual and those around them.

It is also a wonderful testament to the care sector, and Erskine Glasgow Home in Kelvindale in particular that cared for Bill, and also to the power of family love.

Sarah charts how her relationship changed with her father ‘pre-dementia’, as she terms it, and how she had to re-learn who her father was after his illness.

Post-dementia, Sarah was known to her father as the ‘Wee Girl with the Dog’, as he lost recognition of the people he loved around him.

Bill died in December 2019 from complications around his illness, aged 85. Sarah said she decided to write the book - her first and only foray into publishing - during lockdown.

She said: “It's not until after someone passes from an illness like that, that you do kind of take stock.

“And I think the book, or by writing the book, probably helped me.

“It's a very sad disease, but we had lots of laughs as well.

“And I felt very fortunate that I was able to give dad the time that he needed, because not everyone can do that.”

She said: “There's a chapter in the book called Silver Linings, and that's what I've taken from one of the most awful times in my life, the positive things that came out of it.

“I’m now working in the field of dementia with people I absolutely adore, residents and staff alike.

“I’ve had a book published, I've been doing various sorts of media things - things that I would never ever imagined.

“And it's given me a real sense of purpose. So, I think people have found it uplifting as well.”

People who have been through the same experience have been touched by the book.

Sarah said there were several reasons why she wanted to record her experiences.

“I wanted to convey that you can still have a really happy loving relationship with someone with dementia, you just have to get inside their head. 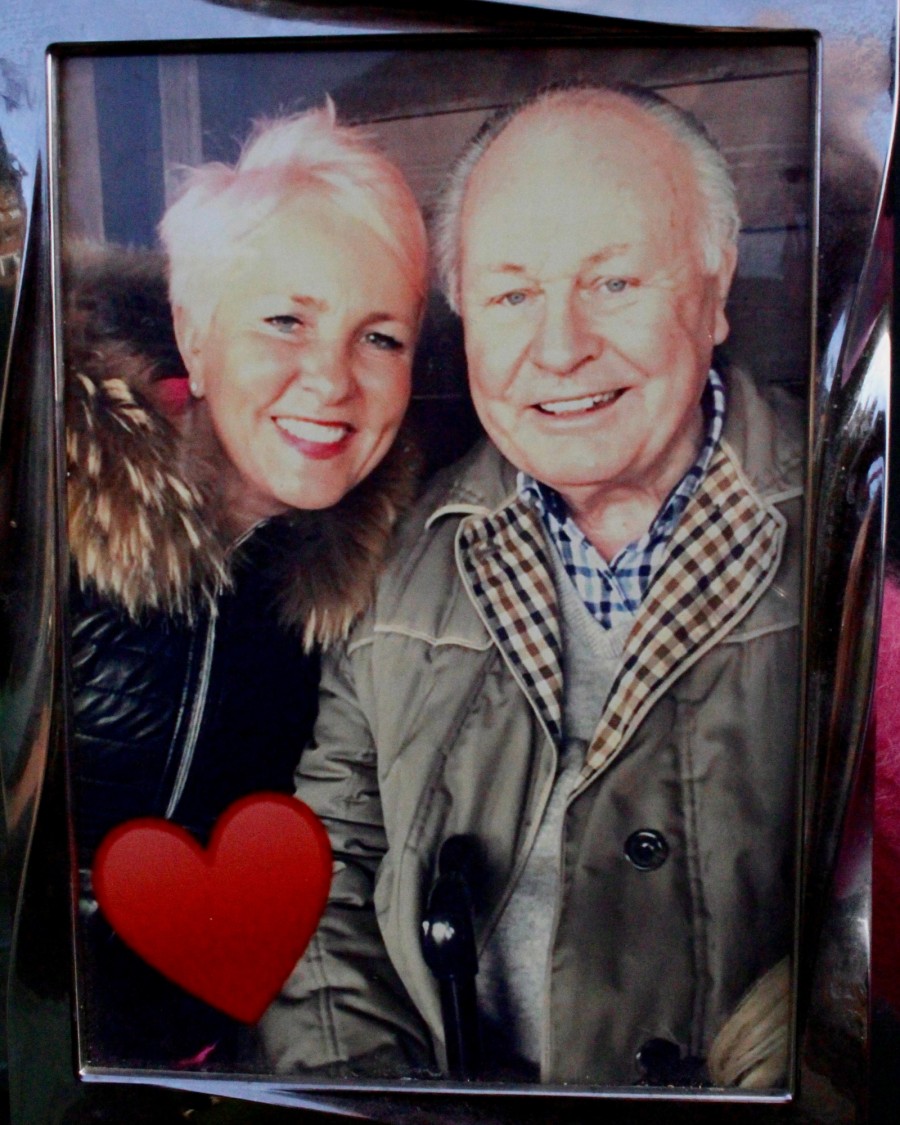 Sarah cherishes her favourite photogragh of her with her father.

“And also, I wanted to say (to others) not to be frightened of residential care. There’s a big stigma attached to it.

“When people start wandering in the street in their pyjamas in the middle of winter, (as Bill did) then that's the time that you have to act.”

She said: “My experience of residential care was absolutely fabulous, but it was a very difficult decision to take.

“But I still stand by it today and it was absolutely the best decision for dad. I mean he hated being there, but that was his illness.”

Bill was diagnosed with fifty/fifty Lewy bodies dementia and Alzheimer’s in 2017, although he had been showing symptoms for a year or two before.

The book charts the successive stages of Bill’s deterioration. Sarah said didn’t want to sugar-coat the disease, however she wanted to protect her father’s dignity.

Sarah said: “Dad was a very gentle, placid man. But because he had Lewy bodies, he could be quite aggressive and abusive at times.

“But that was the illness and I think that's what I always had in my mind: that this is not dad, this is an illness.

I wanted to convey that you can still have a really happy loving relationship with someone with dementia, you just have to get inside their head. And, you know, once you do that, it is a lot easier.

“By the time we did get him into hospital, the psychiatrist said he had very complex psychological needs and issues.”

She said: “The way I look at it is that I had 46 fabulous years with my dad when he was very, very well. He and I were very, very close.

“And over the other four years we probably became closer, to be honest. His vulnerability made me love him even more.

“So if there were times when he was maybe frustrated by my actions, or what I was doing, I can live with that because that's the illness, not Dad.”

The book has a foreword by the broadcaster and former Scotland rugby international John Beattie, who knew Bill through his links with Glasgow Accies rugby club.

Bill was a player in his youth and lifelong club member. His passion for rugby was surpassed only by his love of cricket.

Sarah said: “One of the carers said that they've never known anyone to fight it (dementia) as much as dad did.

“And although that may sound sad, I'm actually really proud of that, because that's what my dad did all his life.

“He fought for people, for campaigns, and he attacked dementia the same way as he did everything else in life.” 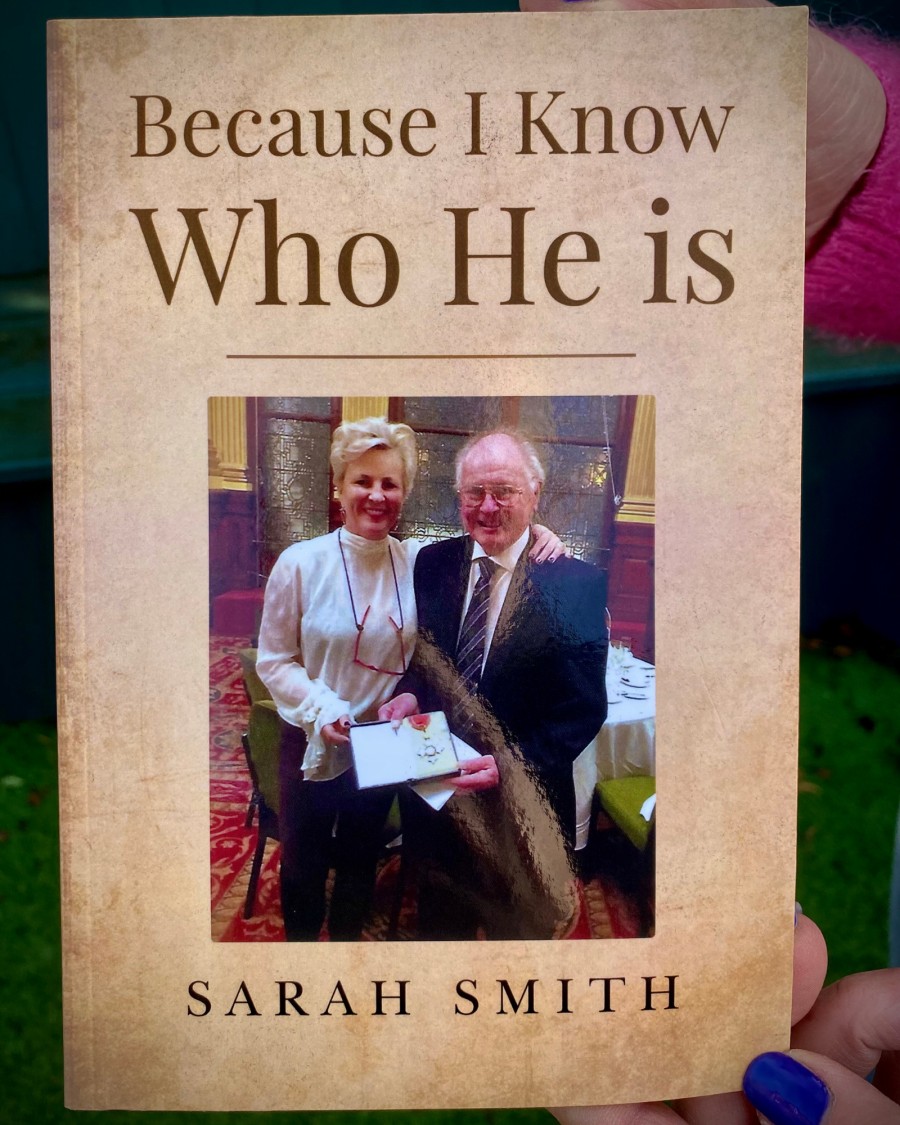 The book offers a personal insight into dementia.

Sarah, who has two brothers, visited her father nearly every day for two years of his care at Erskine before he passed away.

She remarried during that time and was upset that she could not have her dad at the wedding because of his illness.

The chapters explain how the final weeks, days and hours were played out with the disease.

“This is a terrible illness and I didn't want him to have to go through that on his own.

“It's not always going to be an easy read for people who have been affected by it, but I just hope it really helps.

“If I can help other people on that journey or embarking on it, with our story, then that makes me very happy.”