A new war memorial garden has been unveiled by the custodians of the former Dowanhill Church - now Cottiers theatre and restaurant.

The small area of land is situated at the junction of Hyndland Road and Highburgh Road, just a short distance from the popular venue. 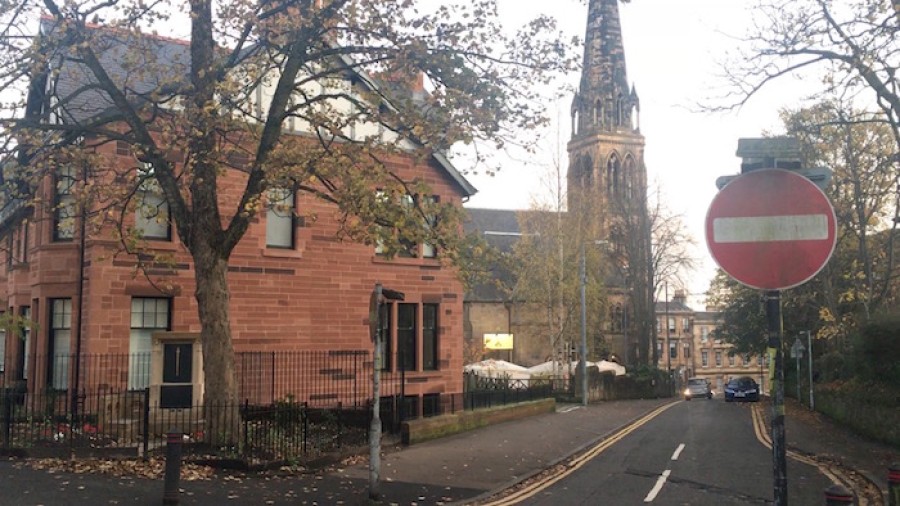 Prominent: the new memorial and garden is a focal point in Dowanhill

The memorial consists of two cast-iron plaques bearing names of congregation members of Dowanhill Church who died in the two world wars.

Both plaques are mounted on a stone plinth which bears the neo-gothic motifs characteristic of architect William Leiper's church masterpiece.

David Robertson is the director of the Four Acres Charitable Trust (FACT) that runs Cottiers. 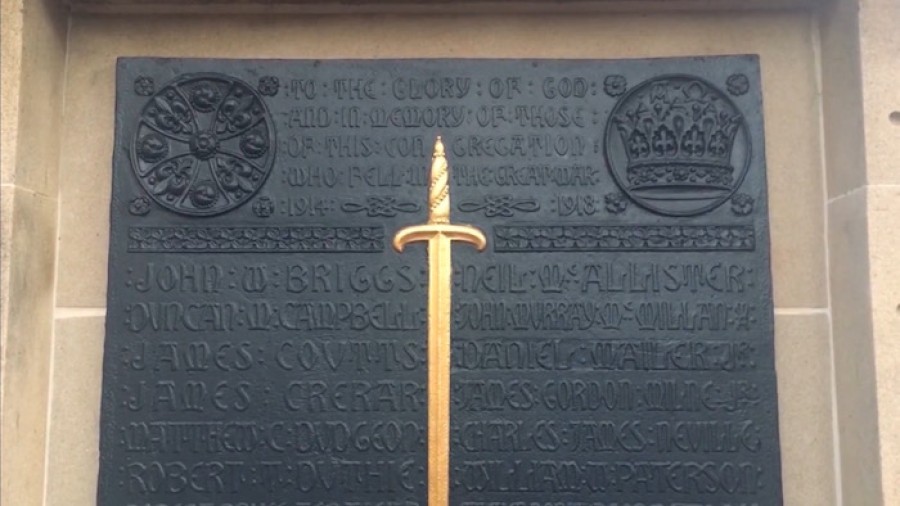 Stone: the memorial bears similar details to the nearby A-listed former Victorian church

He said: "We have created this space over the last few years with a view to commemorating the victories in the First and Second World Wars.

"It commemorates members of Dowanhill Church - as it was then - who fought in the wars as well as the civilians who died closer to home.

"We are delighted to say the garden and memorial will be dedicated in a ceremony at the weekend.

"Next year, we plan to hold a larger commemoration here to mark the centenary of the end of the First World War."

The land was originally set over as a Victory Garden in 1920 to commemorate the end of the First World War. 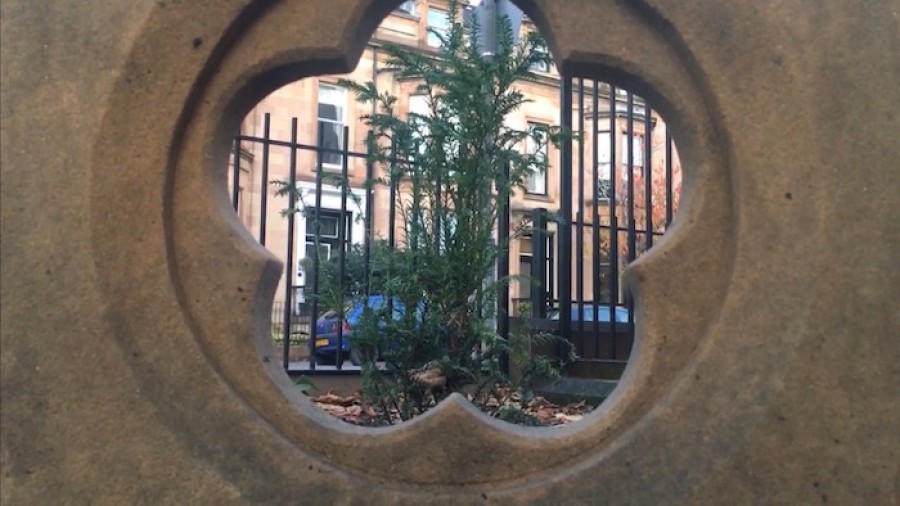 Remembrance: the memorial is a tribute to men and women locally who died

It was acquired by the then congregation after the part development of the adjacent residences of Foremount Terrace.

FACT acquired the Victory Garden when it took over custodianship of the church in 1984.

The trust recently completed the terrace of houses with a developer - the proceeds helping to fund the preservation of the A-listed church.

The memorial is based on the inscriptions inside Dowanhill Church.

The two plaques are cast-iron replicas of bronze plates found inside.

David said the trust was delighted that its long-term project had culminated in the completion of the war memorial.

He said: "We think we have created a fitting historical object which reflects the time and the significance of the original use of this site when it was dedicated.

"Visually, we think it has a close relationship with the church itself.

"And, we have created something that is a focal point in this part of the West End where people can see it."