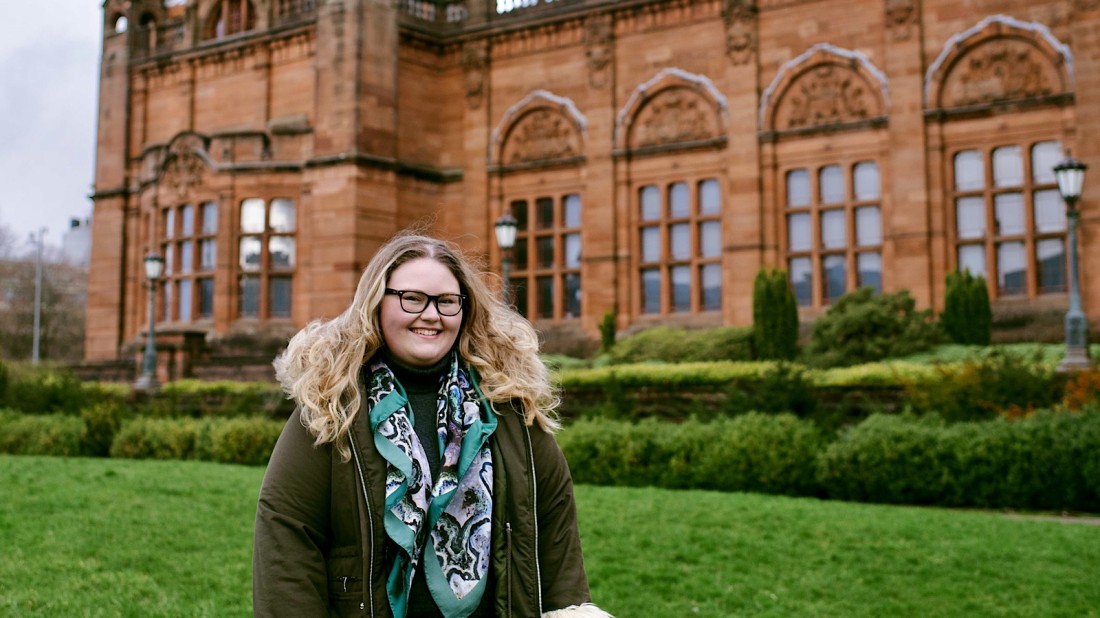 Why Partick and the West End rocks for designer April Hay

“Gok Wan’s office called and asked me to take part in their ‘fashion brunch club’ programme in Glasgow.”

It all started with a childhood fascination of rocks.

“I always had an interest in geology, since I was just a kid playing along the coast in Aberdeen, where I’m from,” says April Hay, who now lives and works from her home studio in Partick.

Geology was a consistent inspiration for her creativity, and she began taking photos of her findings - an early sign that design was in her future.

“I studied fashion and textiles at university, and during my grad year I found a way to combine that geological inspiration with my skills designing textiles.”

That is where April’s business idea was born - though she didn’t know it yet.

After university she started a career working in retail.

“I enjoyed it, but I was missing being creative so I started designing just for me.

“From there it was gifts for family, and then the opportunity came up to take part in a craft market.

“It went really well, I sold a big item. I got a total buzz from that. But I still didn’t think it could be a business.”

And then she got a phone call. 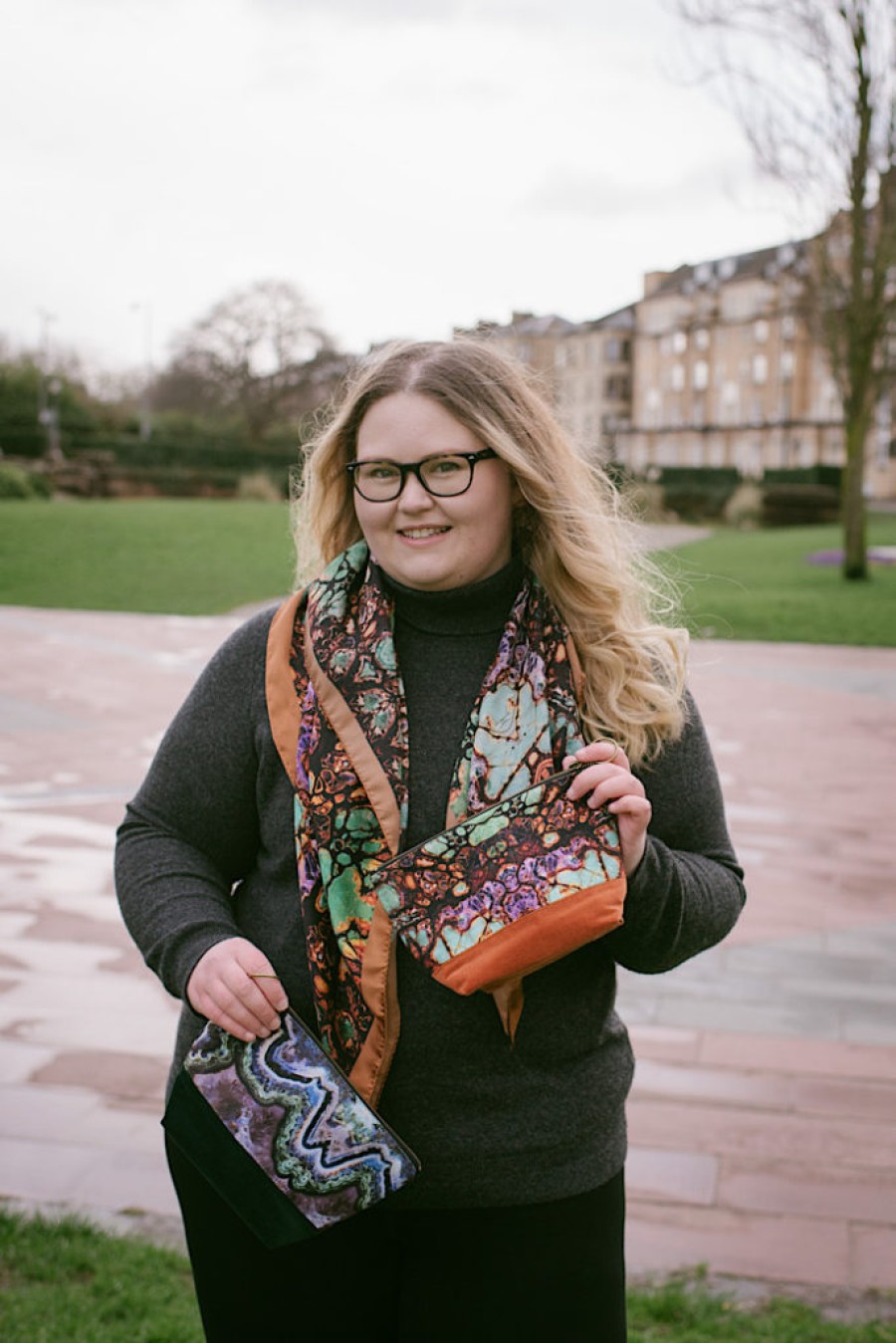 “Gok Wan’s office called and asked me to take part in their ‘fashion brunch club’ programme in Glasgow.”

The call came in on a Tuesday, and she was expected to have ten outfits ready to show on the Friday.

She managed to make it work, and had an “amazing experience” meeting Gok Wan and being part of his runway show at 23.

“Sometimes I can’t believe it happened,” she laughs. “But I gained a lot of confidence from there.”

April moved from Aberdeen to Glasgow in 2017, and that’s when things really took off for her.

I always had an interest in geology, since I was just a kid playing along the coast in Aberdeen, where I’m from

"I was still working full time, so my time was limited, but weekends were spent designing, making, and selling at markets.

“I quickly realised there was a real appetite for what I was doing,” April says.

When lockdown hit she was furloughed and then made redundant - and during that time things became more clear.

“I started looking for jobs, but nothing I was finding would give me the balance of fashion and creativity.

“My life perspective really changed, and I knew I just wanted to design and create.” 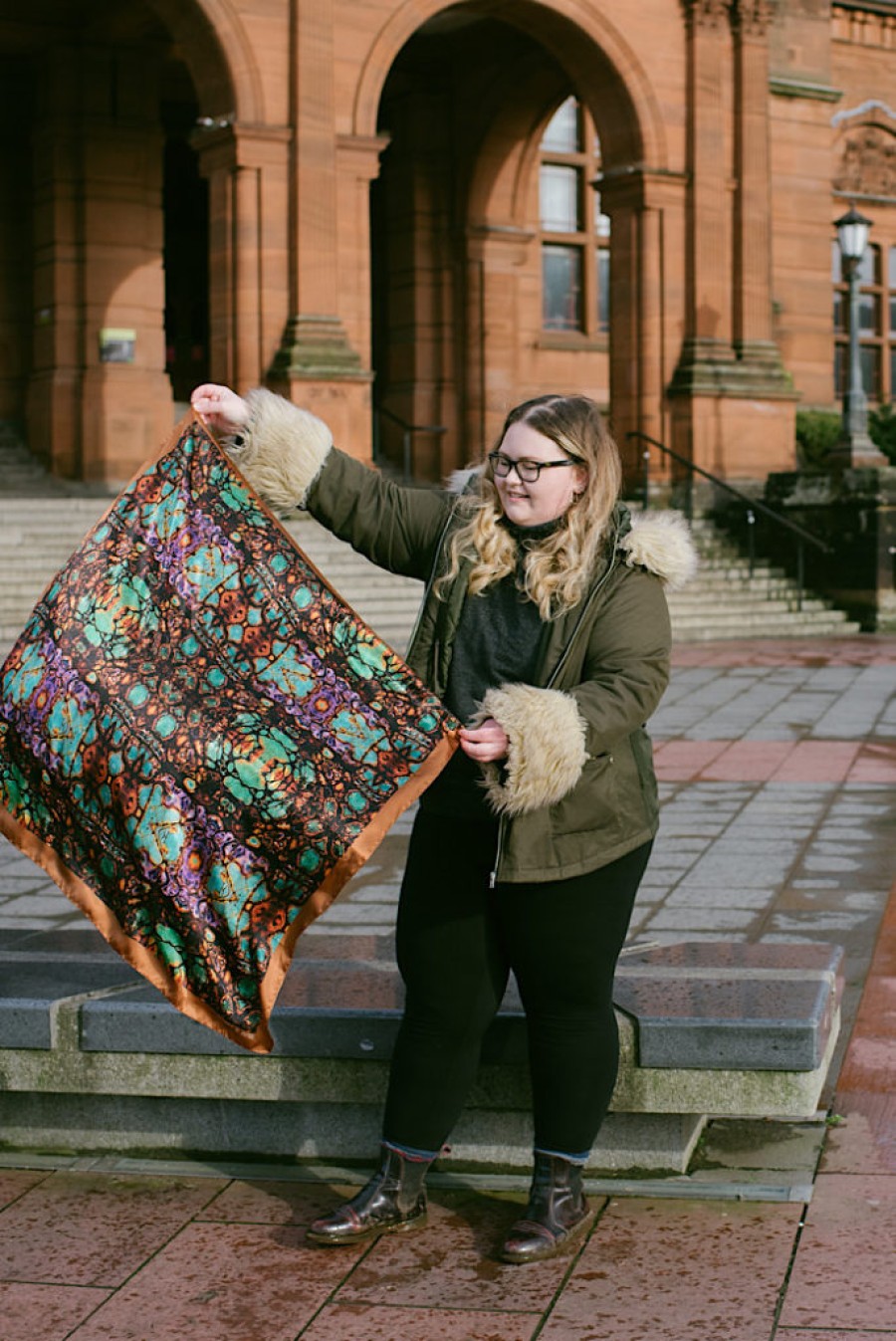 Thanks to an encouraging partner, a total rebrand and product revamp, Agate + Ayre was born.

“It’s been going great, I really haven’t looked back,” she says.

And she feels the West End community has had a big impact.

“There are so many amazing small businesses on our doorsteps, and everyone is interested in what you do.

“There is such a sense of community in Partick, everyone is friendly and chatty and genuinely wants you to do well,” April says. 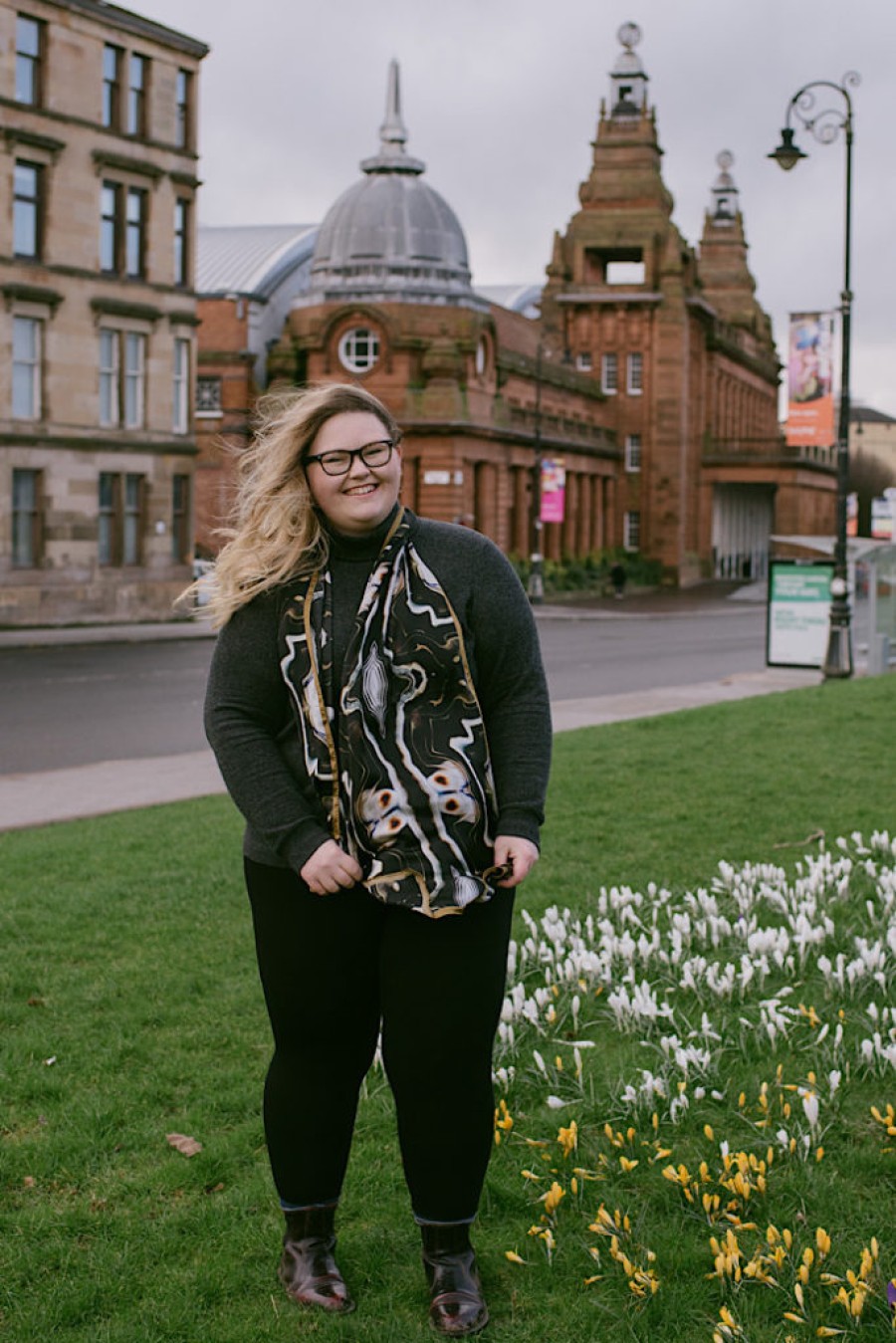 She is happy working from her home studio right now, but no matter what the future holds for Agate + Ayre it will most definitely happen here.