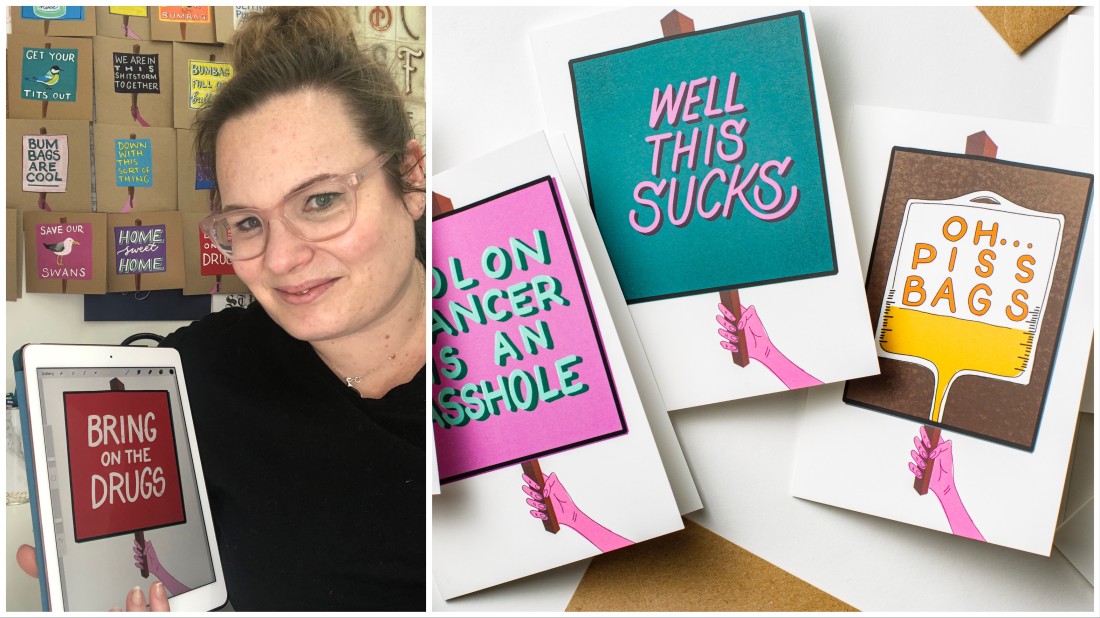 A sister's irreverent cards inspired by her battling brother

Jen Fisher was inspired by the awful experience of losing her brother Han to cancer.

Sometimes in life only dark humour and profanity capture the mood.

And one Glasgow illustrator has launched a series of greetings cards that do just that.

Jen Fisher was inspired by the awful experience of losing her brother Han to cancer.

His gruelling final months with the disease showed her how inadequate words can be.

She wanted a way of expressing love and understanding in a way that felt right in the bleak circumstances.

And so her cards say things like: “Bring on the drugs”, “Well this sucks” and “Apparently swearing helps”.

A year after her brother’s death and with backing from The Awesome Foundation, Jen has put the collection on sale for others to buy.

Jen said: “Bing Bong Mail is all about spreading positive vibes, hope and humour and lighting up the dark corners people find themselves in.

“These cards are a way for people to show love, understanding and solidarity to people with cancer.

“It can be hard to find the right words but we know people don’t want to be pacified with a wishy-washy message.

“Let’s say it how it is and put a smile on each other’s faces in the process.” 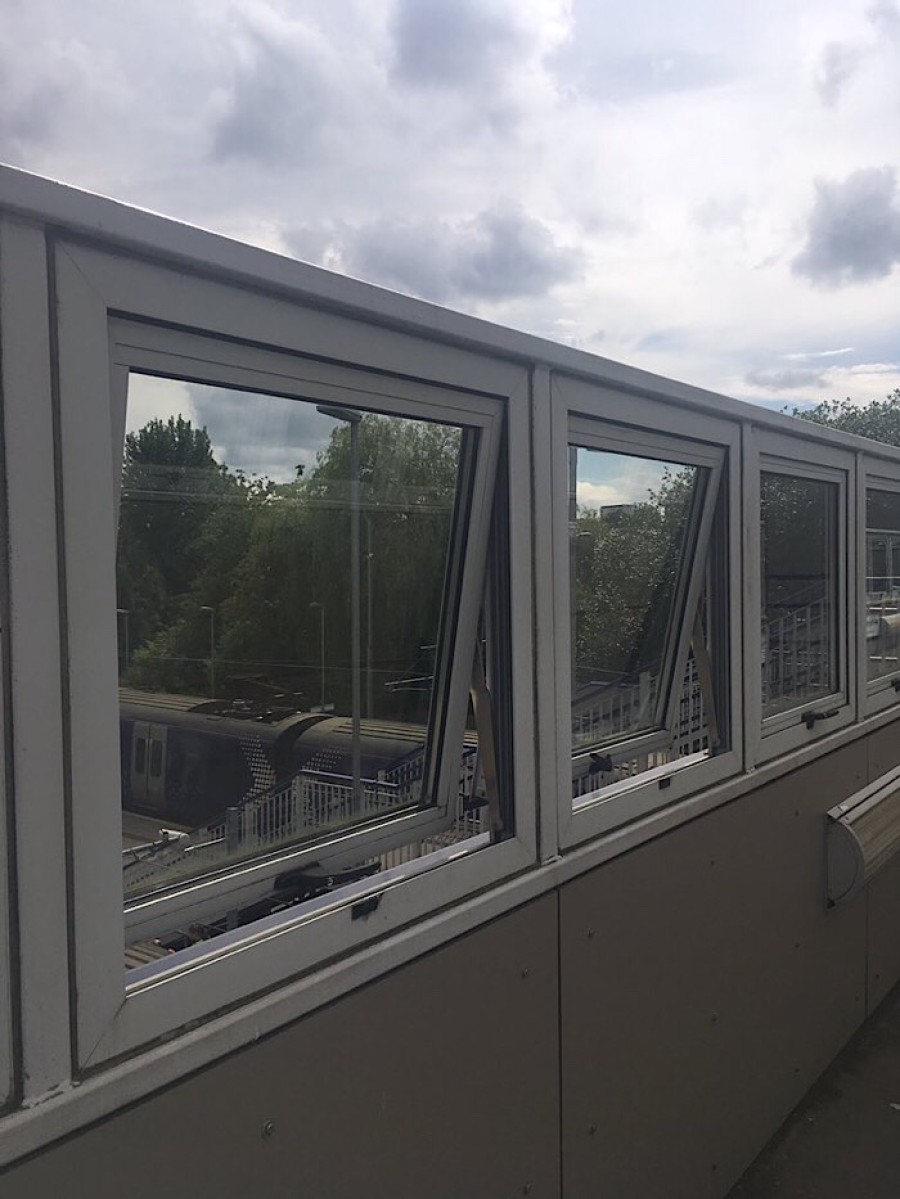 Han as he battled his illness 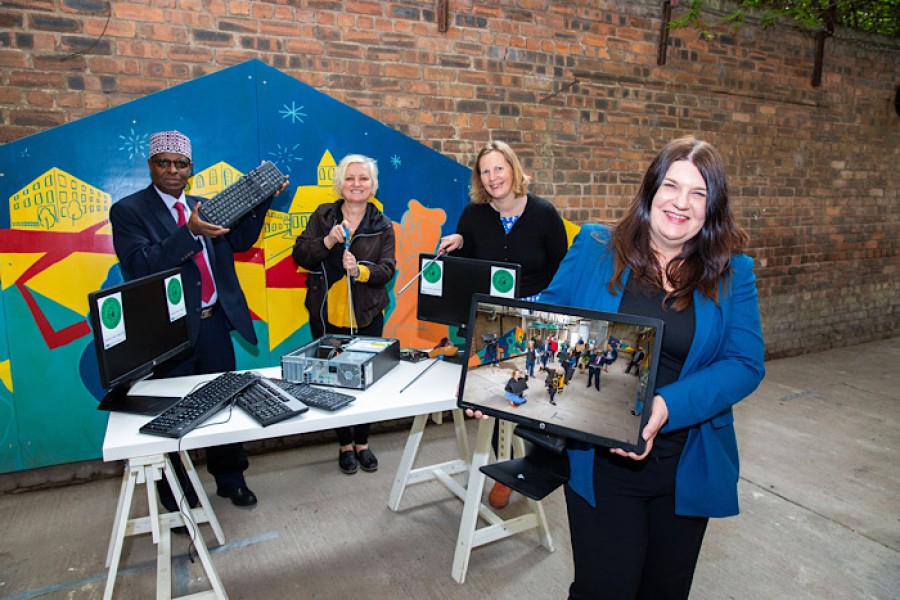 Active and fit before his cancer

He was treated at The Beatson at Gartnavel but passed away in November 2020, aged just 42.

During his illness, Jen, who has lived in the West End, and her brother felt, like many people do, that sometimes ‘get well soon’ just doesn’t cut it.

The overall design was inspired by the family’s strong feeling that cancer is not a ‘journey’ as it is so-often referred to, but a ‘war’ – a sustained attack on someone’s body, mind and soul that demands a protest.

She wanted to provide her brother with authentic, meaningful and down-to-earth words of support.

So she began devising colourful cards each featuring a straight-talking, humorous message of comfort that acknowledged the gruelling experience of life with cancer. 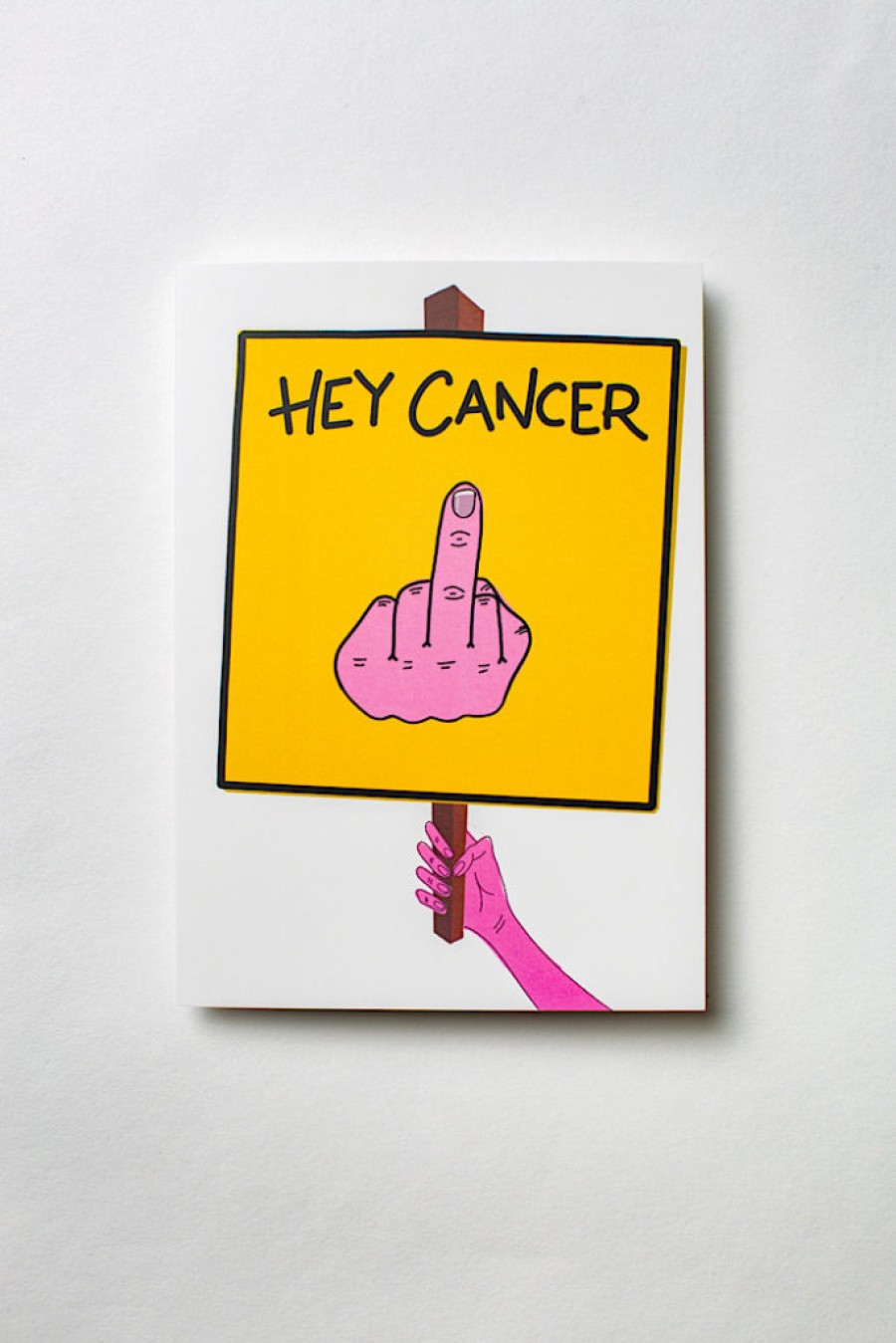 Each card each features a straight-talking, humorous message

Jen felt that putting the Bing Bong Mail cards on sale on Han’s birthday - which was last Friday - was the perfect way to mark the day.

His effervescence, humour and thirst for life lay behind the irreverent greetings and keep a part of him and his name alive.

Through the cards, Han is saying ‘you hate cancer? Me too – in all its forms’, says Jen.

Covid-19 made access to emotional and other forms of support extremely difficult, but throughout his illness and after his death, Cancer Support Scotland provided invaluable help to Jen and Han’s wife Sarah.

Jen said: “Throughout the hell of Han’s war with bowel cancer, Cancer Support Scotland were a massive help.

“There’s no way I could have been there to support Han as fully as I did if I didn’t have access to the counselling and stress management services the charity offers. 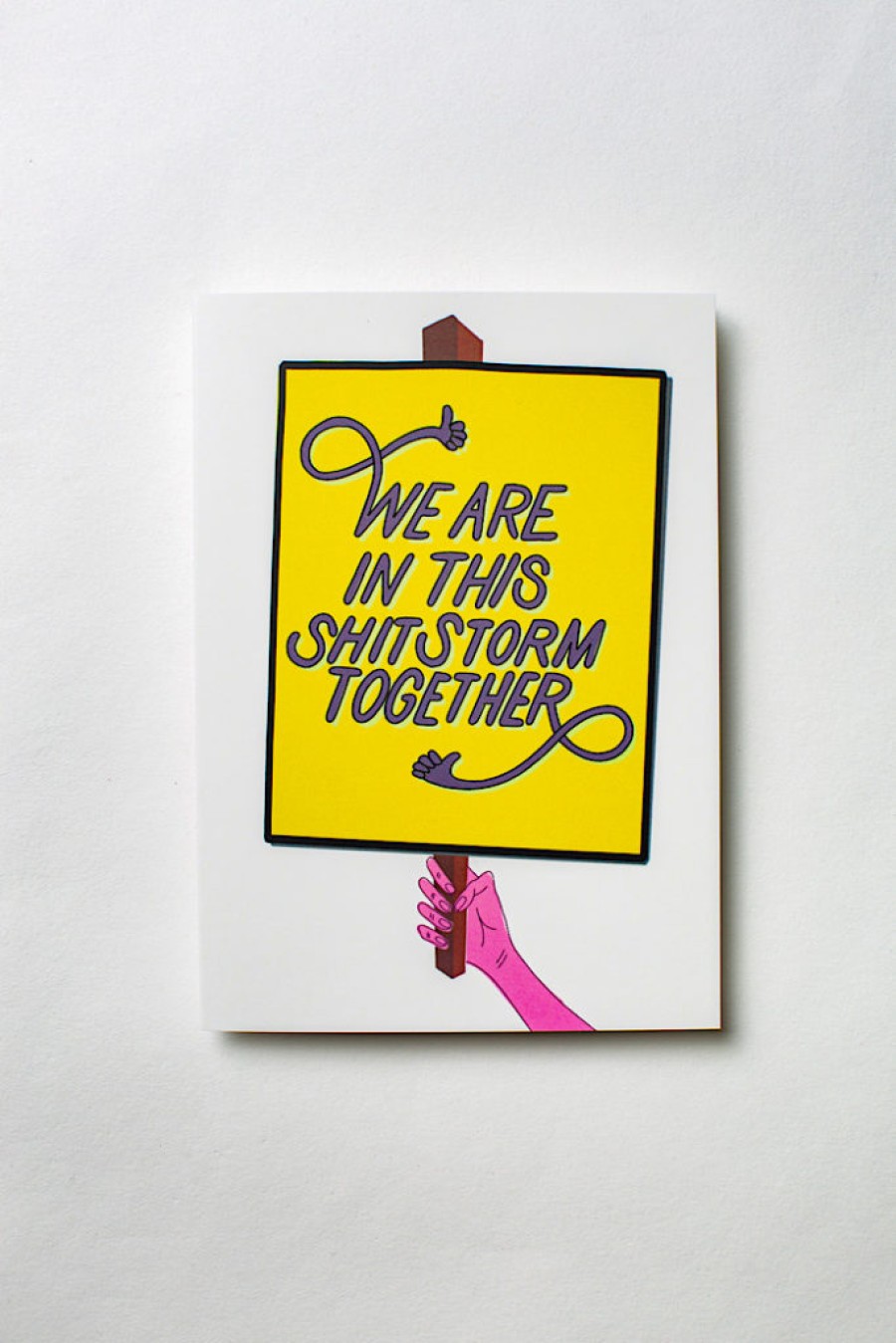 Cancer is not a ‘journey’ as it is so-often referred to, but a ‘war’, according to Jen.

“I wanted to use the cards to support this amazing cause, so they can continue to provide this vital support for other families in the future.”

Emma Connor, fundraising manager at Cancer Support Scotland, said: “We are absolutely thrilled to be supported by the lovely Jen and her amazing project Bing Bong Mail in memory of her very special brother, Han.

“Jen’s creativity and humour are wonderful and we are looking forward to seeing her cards fly out the door.

“It can be hard to find the right words but we know people don’t want to be pacified with a wishy-washy message.

“Humour can play such an important role in remaining positive and looking after your wellbeing and we think that Bing Bong Mail will bring a special smile to the recipients face.”

Jen studied 3D Design and Craft at Gray’s School of Art in Aberdeen and now juggles a day job with her calligraphy business, Toasty Type.

With a passion for creating and drawing, Jen loved putting her skills to use with the birth of Bing Bong Mail. 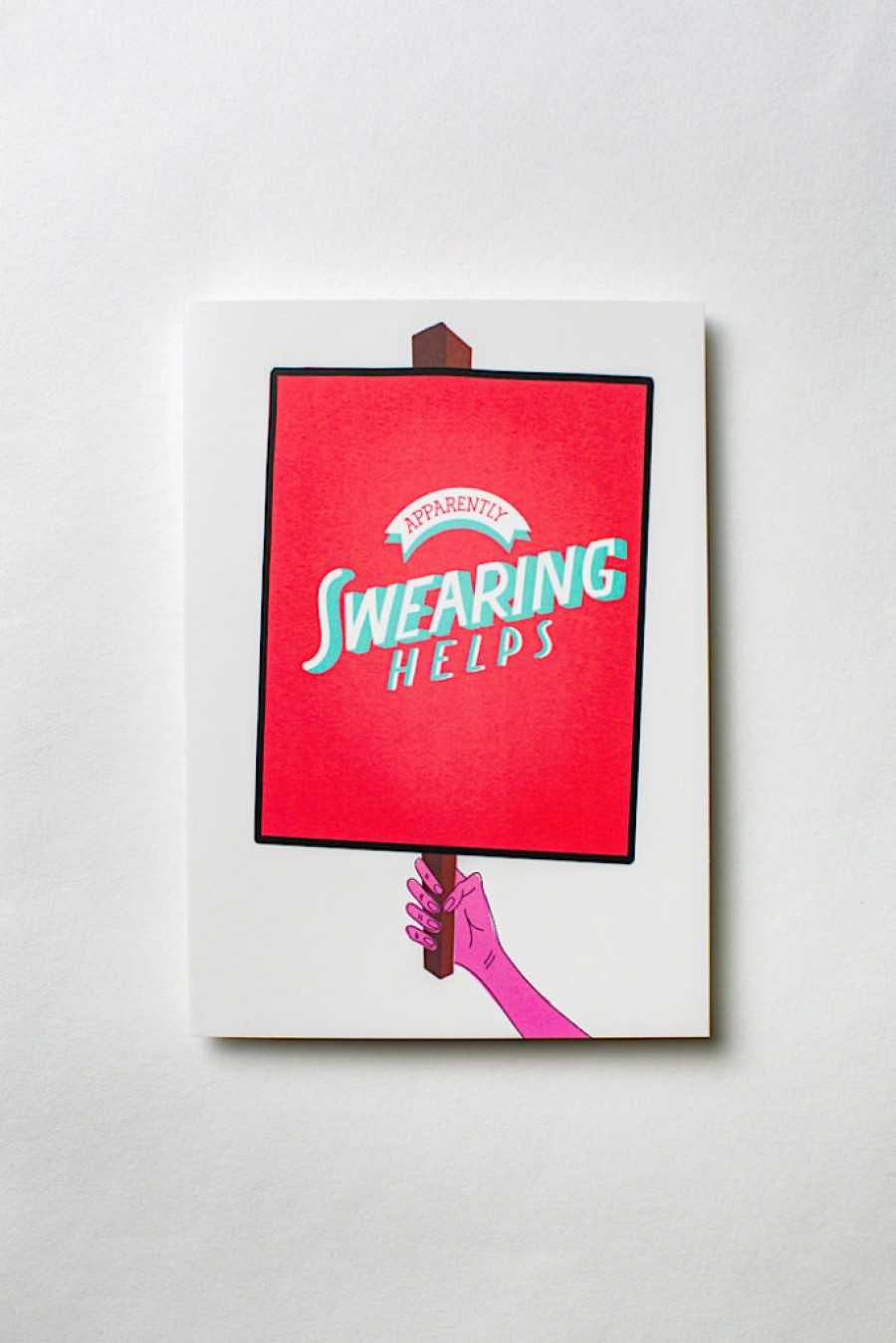 She draws the original designs by hand before digitising them, taking anywhere from a matter of minutes to several hours to create the images.

Jen hopes to use profits to create, print and release even more cards including ranges that speak to people going through a variety of hard-hitting illnesses. 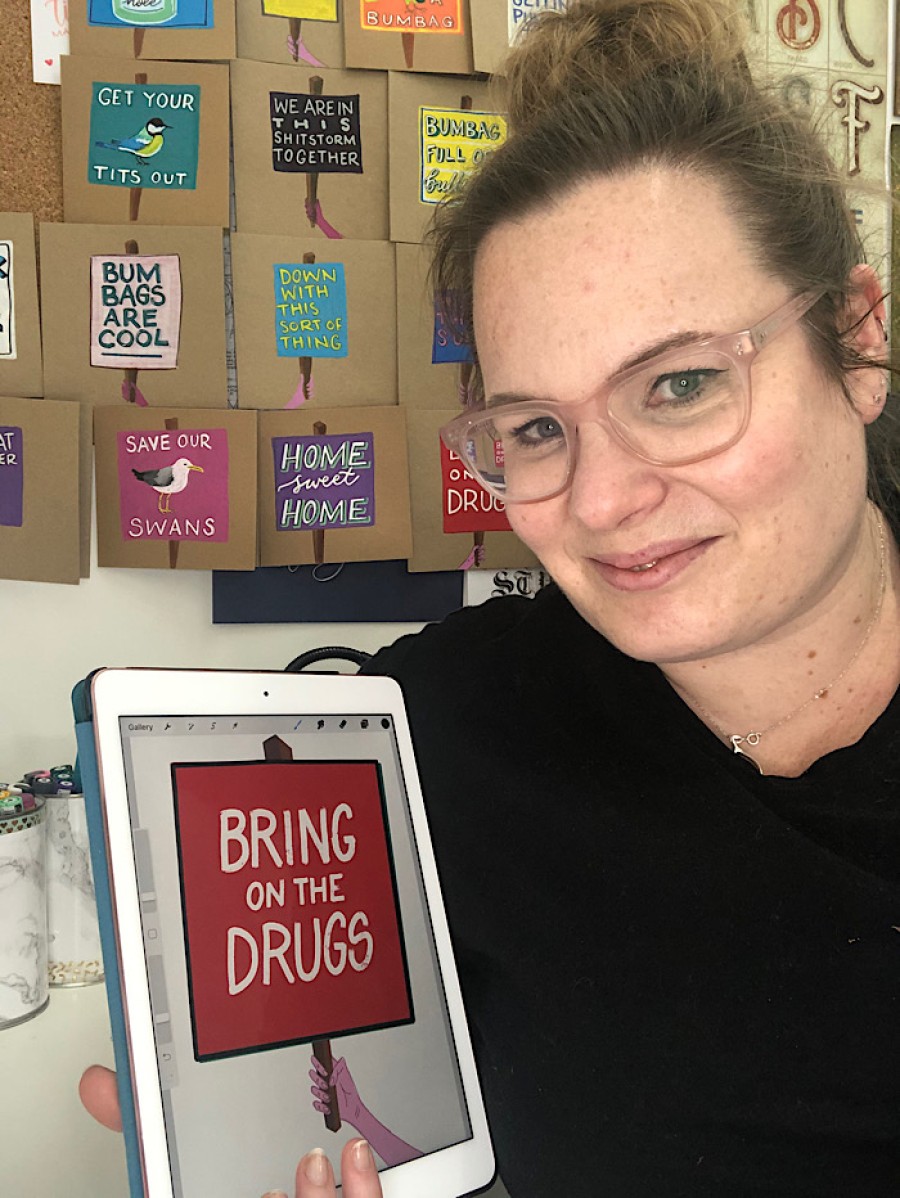 Illustrator and calligrapher Jen Fisher
Bing Mong Mail cards are priced at £3 each, with a third of funds going to Cancer Support Scotland. The first 100 orders will receive a free sticker. They are on sale now at www.bingbongmail.com.
Share this story

Dr Ioanna Nixon got the idea after seeing anxiety brought on by the lockdown in her youngest son.

Angela Procter has gifted the use of her family's holiday cottage to give others a respite break.

Upcycling blog: 'Bare men in gold feeding me grapes is not a reality in Knightswood'

Gold does not have to be tacky - especially when you take your time and follow some basic rules.