The 62-year-old was one of the avant-garde traders who gave Finnieston its artsy and eclectic vibe.

A familiar face on Finnieston's famous 'Strip' has warned the district risks losing its bohemian heart to outside investors.

Norman Clark says "big money" is moving in that threatens to turn Argyle Street and its surrounds into the "mainstream".

The creative artisan has been drawing customers to his upcycling emporium Bunker 1026 for the past seven years. 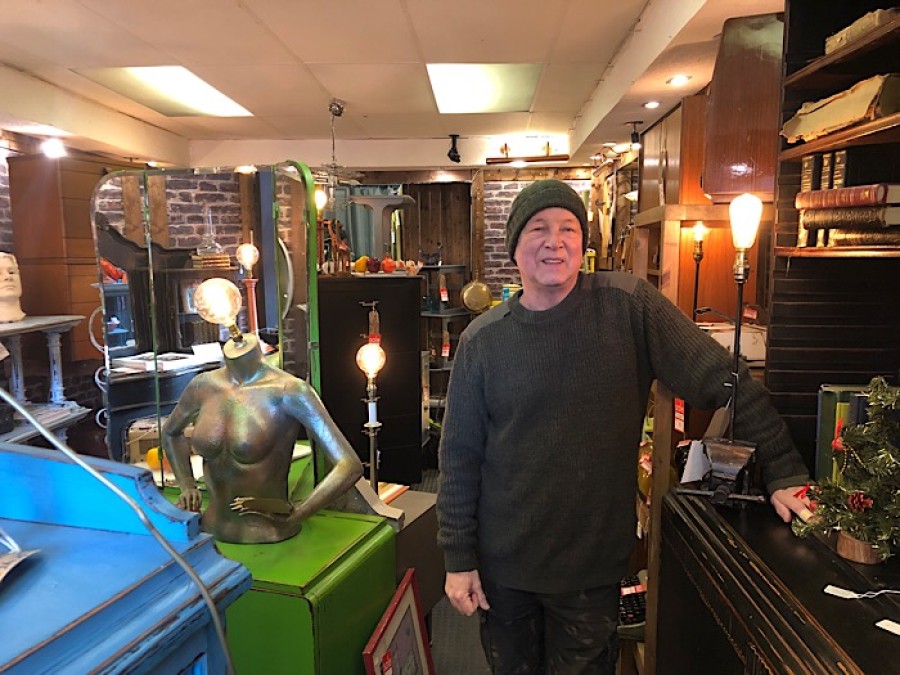 The 62-year-old was one of the avant-garde traders who gave Finnieston its artsy and eclectic vibe.

Since then the West End district has become one of the UK's hippest places to be, according to a raft of guides and surveys.

However, Norman will be closing down his business in the New Year due to ill health.

He told Glasgow West End Today he was sad to be leaving an area that had given him so much.

And he warned about the future direction of the district.

'Lot that is good'

"I've made many friends here - and there is still a lot which is good about the area.

"But I feel as if it’s becoming purely about money down here rather than the creative side.

"People are moving out, and in are coming people that are turning it into a mainstream area.

"Nobody has got a long-term vision. It is very short-sighted right now." 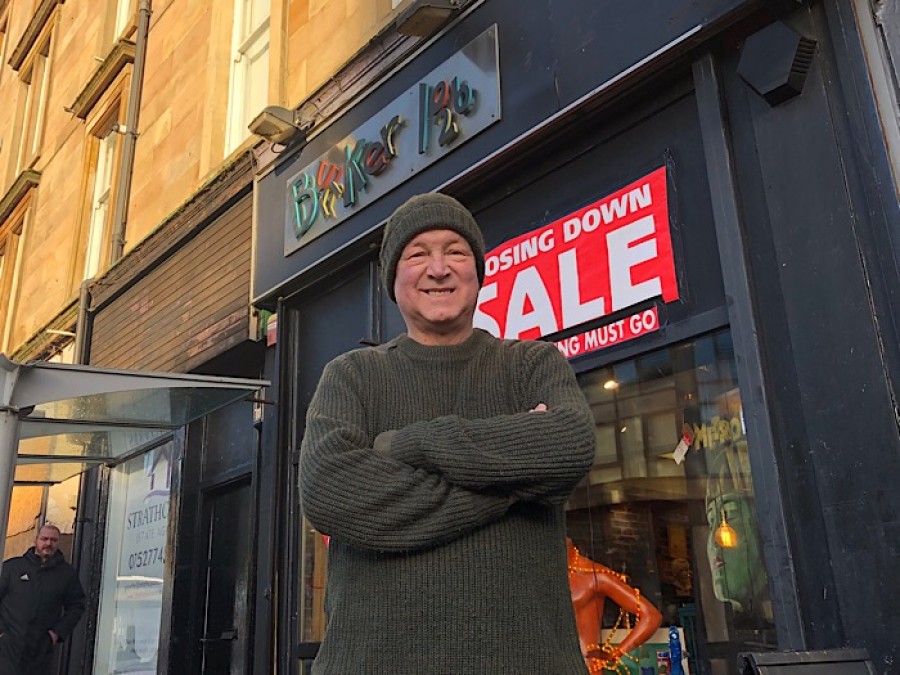 Danger: Norman says the district is at risk of becoming mainstream

He said: "It’s all about money - and they are driving out the very thing that has made Finnieston.

"There’s going to be nothing left here.

"It’s all just going to be commercial big business-run things."

When Norman arrived seven years ago his part of the street wasn’t developed, and there was little going on around him.

“The middle section was a bit more lively, the bottom was getting renovated," he recalls.

“And now I don’t even recognised the area from when I came into it.

Norman knows of several businesses that have been forced to move out as rents have risen.

He says he has been lucky with his landlord and neighbours and would be staying if it wasn't for his health.

Norman suffered a heart attack and a stroke in the summer. 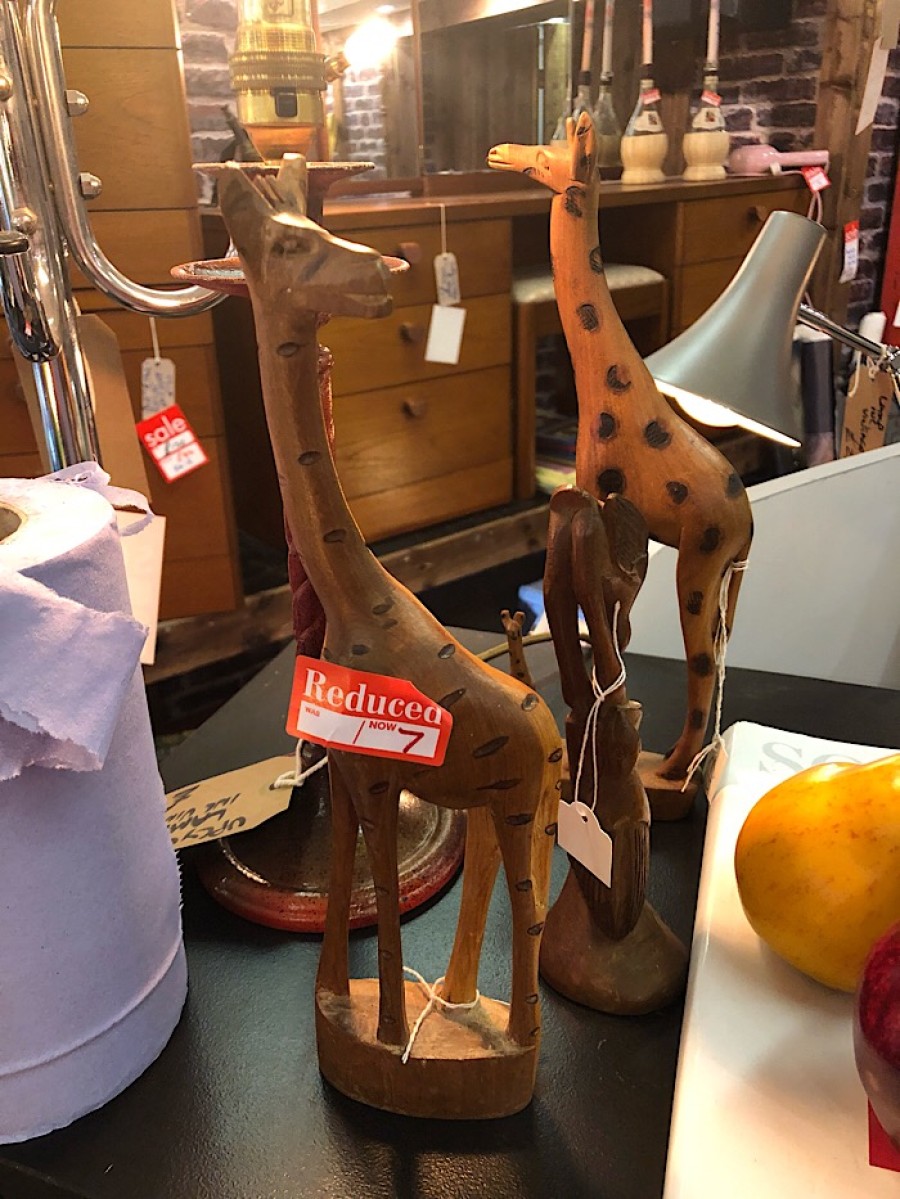 Appeal: Norman still loves Finnieston and says the area has much to offer

“But in the long-term I don’t expect it can last.

“It’s becoming a miniature High Street. It’s not as interesting as it was before.”

Bunker has been an avant grade shop where customers have sourced collectibles that cannot be found anywhere else.

Interesting lights, poster type paintings, and upcycled furniture have been its signatures.

Norman previously worked in retail management at Glasgow Airport and before that had an interior design business with his sister in Paisley.

Norman says he's going to take a break - but may return somewhere else in the future on a smaller scale.

“Right now Bunker is at the top of its game and it’s time for us to go.

"We have sold to restaurants and bars, and we have got stuff that's been taken all over the world, in places like Paris, Chicago and London.

In a show of Norman's popularity, the new tenants of the building are allowing him to host a farewell party on February 2.

“We’ll be inviting all local people to come along - it will be a chance to say goodbye and thank you.