Knightswood runner is hoping cutting-edge treatment can save enough of his sight to allow him to see his son's face again.

For almost three of his four years, Tyler-James has appeared as a blur to his doting father.

Now Jay Semple is hoping that cutting-edge treatment can save enough of his sight to allow him to see his son's face again.

Friends have launched a crowdfunding page to raise the £25,000 needed to get Jay over to the States. 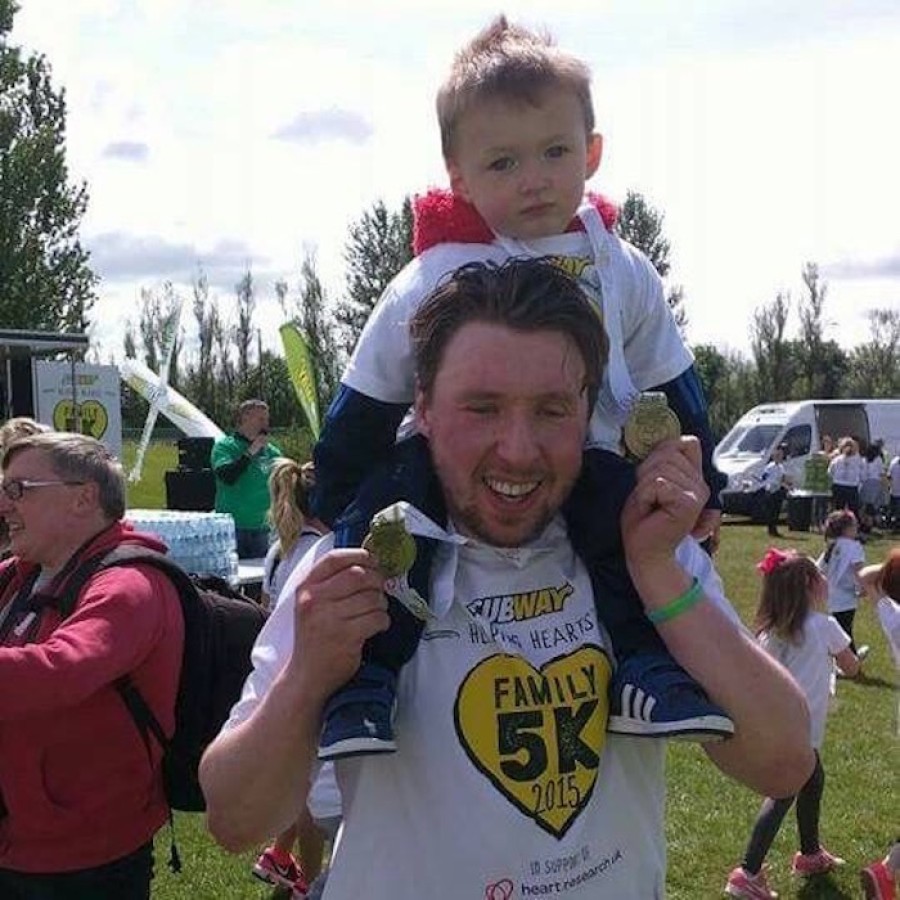 Big help: father and son at one of the many charity races.

Jay, a registered blind athlete who competes as Jay Cruz, is well-known on Scotland's running circuits for overcoming his disability to raise money for good causes.

Now the 37-year-old from Knightswood is hoping for a gift in return.

"What I would love more than anything is to get my eyesight restored so that I can see my son grow up.

Guide: Jay with good friend Alex Osborne who sometimes accompanies him on runs.

Jay adds: "Everyday I think about seeing his blue eyes, his little smile - it hurts me when I can see just a wee blur.

"I can see how tall he is but not the detail.

"If I can get treatment that can preserve the little bit of eyesight I've got left to stop it going into complete darkness, I want to be able to see his face clear again."

Although much of his vision has been lost he still has a tiny amount of sight remaining.

But experts say without intervention he runs the risk of losing his vision totally within just a few years. 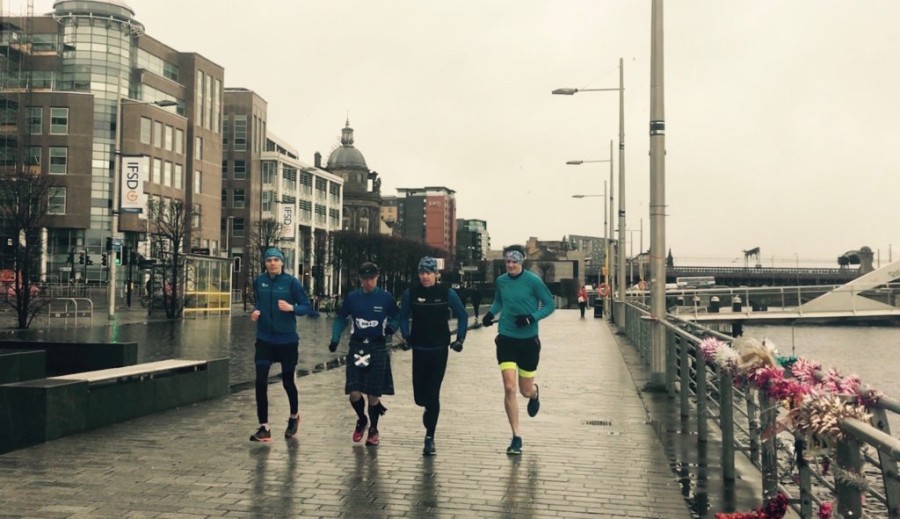 Training: Jay has been assisted by the team at running specialists Run 4 It.

Despite his set back he is becoming an accomplished distance runner (aided by a guide runner) with sights set on the Tokyo 2020 Paralympics.

And being a true Scotsman he always competes in a kilt.

He recently completed the Stirling Marathon and met his idols Liz McColgan and Zola Budd. 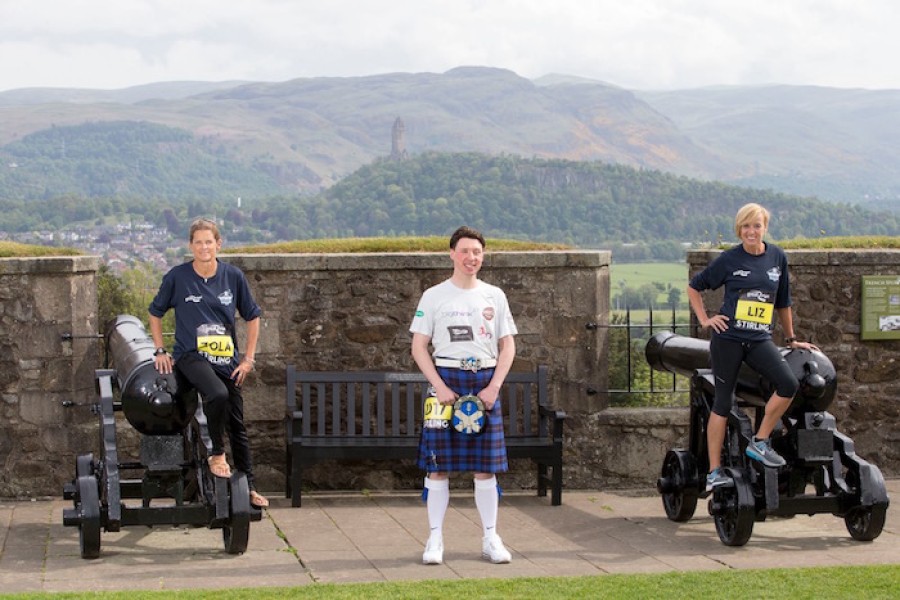 He said: "If we can reach our target of £25000 we can get Jay to the US for private stem cell treatment.

"This wont restore his sight but will protect what little vision he has left, enabling him to enjoy as far as possible seeing his young son growing up.

"Any monies not used for treatment will be used to get Jay to the New York Marathon and or donated to research into the condition.

"Jay has raised money for others through his activities and now I think it is time for him to be on the receiving end for a change."

Glasgow West End Today first caught up with Jay in April when he was preparing for the Stirling Marathon.

He is due to compete in his 100th race when he takes part in the Men's 10k in Glasgow this weekend.

In the coming months, he plans doing a sky dive and an abseil off the Forth Bridge - all for causes such as cancer research.

Jay said of his hopes for the treatment: "I want to be able to watch my son do stuff.

"I want to be a dad; take him places, watch him grow up, watch him take part in his sports day.

"My son's amazing. He helps me out a lot.

"He even does some of the runs with me in his kilt - just to match me.