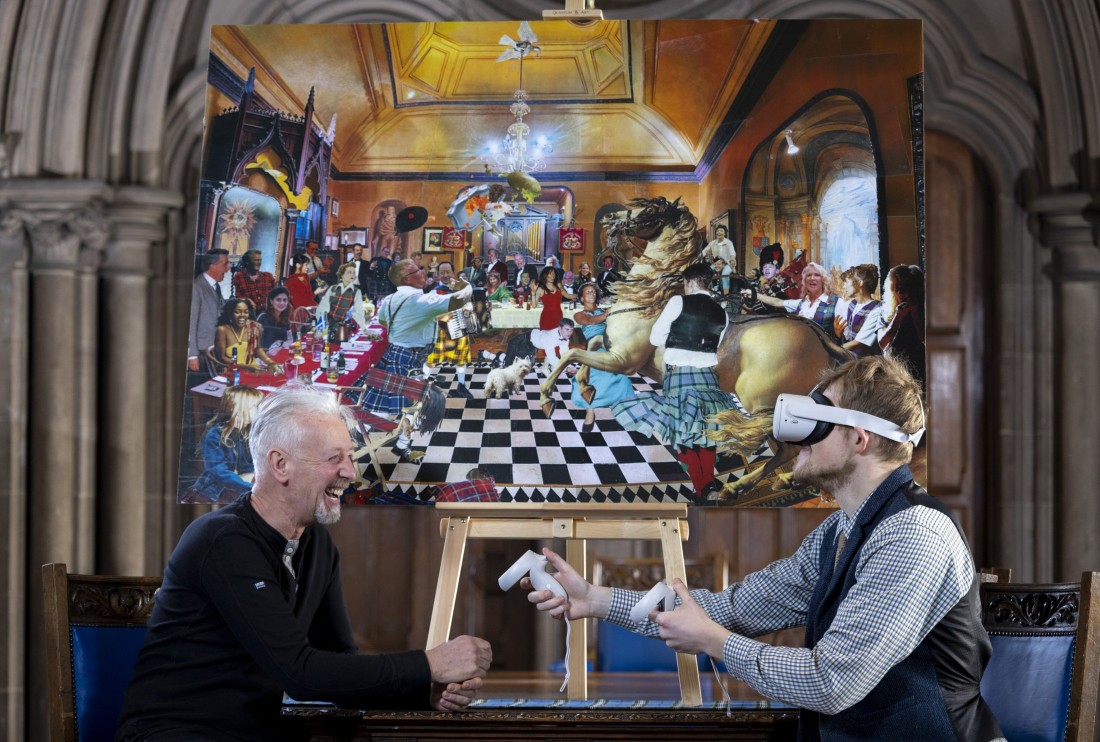 David Mach and his work 'The Flying Haggis'Martin Shields

A new work has been unveiled ahead of Burns Night next week.

The artwork called ‘The Flying Haggis’ was commissioned by the University of Glasgow’s Centre for Robert Burns Studies.

It marks the conclusion of a two-year project by the university which has been researching the history of Burns Suppers, and mapping these events in the 21st century. 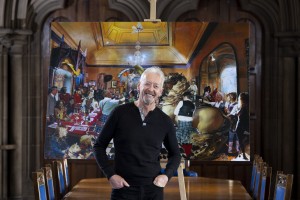 The work features some of the over 350 images crowdsourced from people around the world who submitted photos of their own Burns Night events in 2021.

Many events last year, like this year, were held virtually due to the ongoing COVID-19 global pandemic.

“I wanted to make a Burns Night that Robert Burns himself would want to attend. 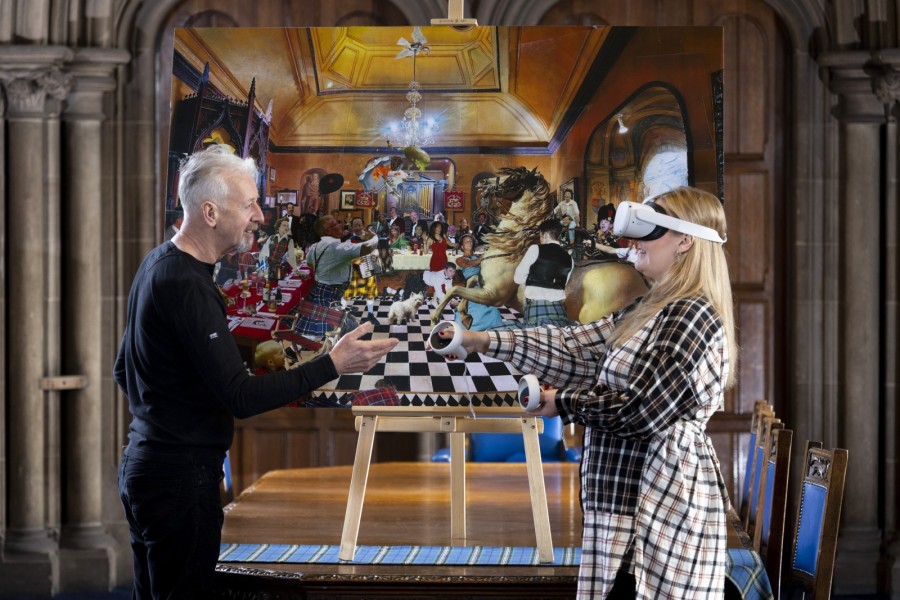 The artwork will be officially launched in virtual reality on Burns Night. Photo: Martin Shields.

“It’s a collage but acts more like a film on pause, press play and the action will carry on.

"Even the room joins in the extravagance of the night.

“There’s an almost orgiastic celebration, Scottish to kick off but soon joining together all the liberal, freethinking, independent, romantic spirits of the world.”

The university has been working with the Scottish government to raise the profile of Burns and Scotland around the world.

The artwork will be unveiled on Burns Night (Tuesday 25 January) as the centrepiece of a virtual reality exhibition, created as part of the ‘Burns Beyond Reality’ collaboration between the University’s Centre for Robert Burns Studies and immersive learning platform Edify.

There’s an almost orgiastic celebration, Scottish to kick off but soon joining together all the liberal, freethinking, independent, romantic spirits of the world.

Members of the public will also be able to take a virtual trip to Alloway Auld Kirk as Rabbie imagined it in ‘Tam o’ Shanter’.

Dr Pauline Mackay, a Lecturer in Robert Burns Studies, has been leading with Edify on the creation of ‘Burns Beyond Reality’.

She said: “Immersive technology enables us to access, and experience Burns and his legacy in exciting and innovative ways, no matter where we are in the world.

“It really is Burns for the twenty-first century.”

The Centre for Robert Burns Studies research has mapped more than 2500 worldwide contemporary Burns suppers brought together on an interactive world map.

Culture Secretary Angus Robertson said: “The work of Robert Burns continues to enrich and influence the lives of millions of people in Scotland and across the globe. 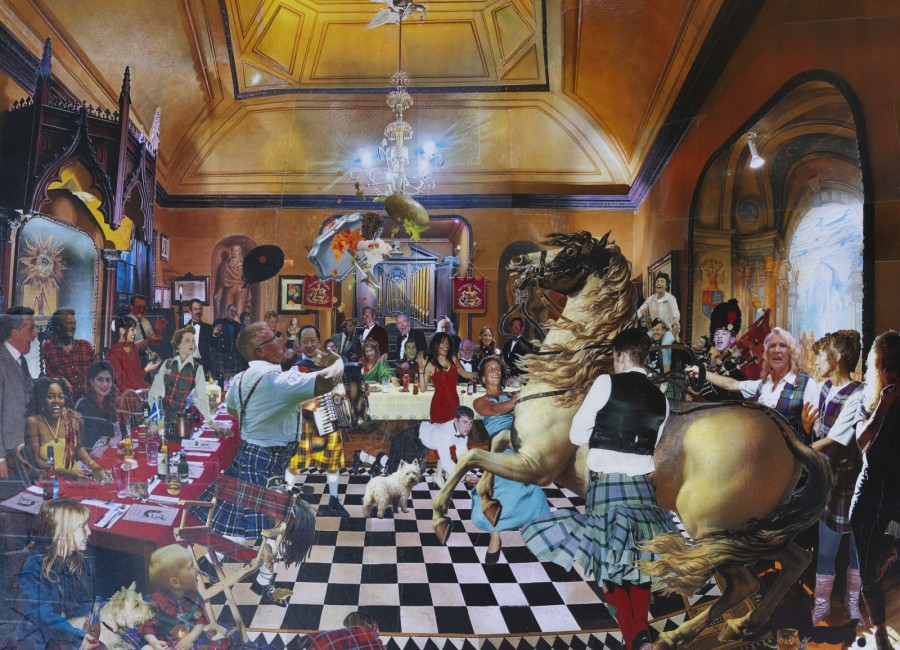 The university has been working with the Scottish government to raise the profile Burns around the world. Photo: Martin Shields

“Burns Night is a time for celebrating the legacy of our most renowned poet and long-held Scottish traditions, but it’s also a prompt to appreciate today’s forward-thinking Scotland.”

A Scottish Government commissioned report published in January 2020 by the University’s Professor Murray Pittock shows that Robert Burns is worth over £200 million a year to the Scottish economy and the poet’s brand is worth nearly £140 million annually.

The study also found that in Scotland alone, Burns Suppers are worth £11 million annual with an estimated 9.5 million people worldwide attend Burns Suppers every year.