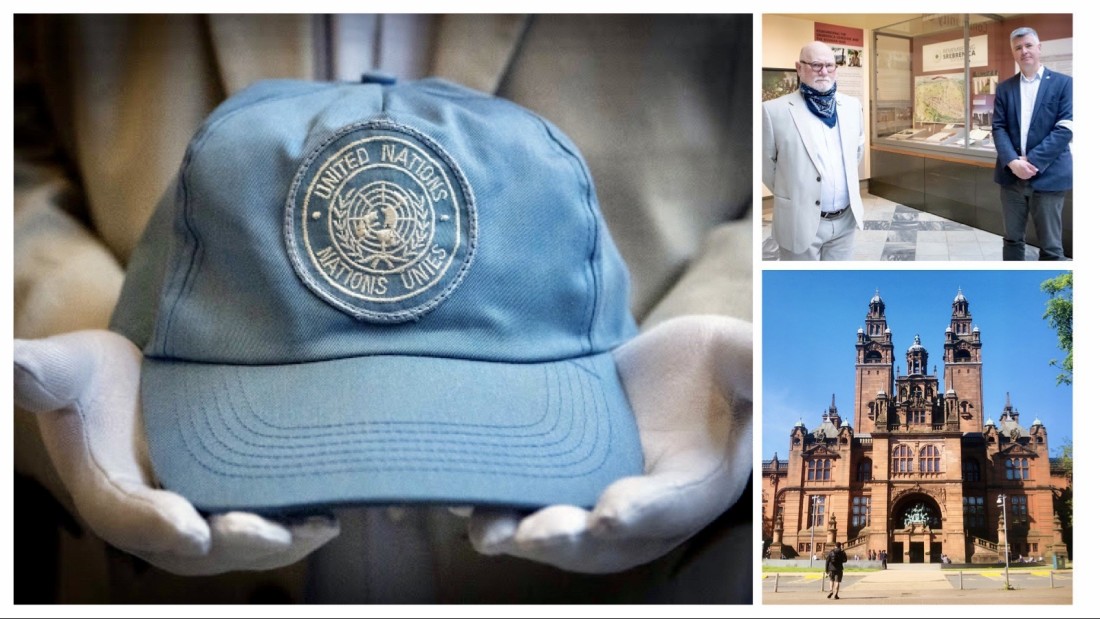 Bringing home the horrors of the Bosnian War 26 years on

It tells the powerful stories of ordinary people who lived through the war and explores some of Scotland’s connections with the country during and after the conflict.

A new exhibition commemorating the Bosnian War and the genocide in Srebrenica has been unveiled at Kelvingrove museum.

It tells the powerful stories of ordinary people who lived through the war and explores some of Scotland’s connections with the country during and after the conflict.

The exhibition includes a unique collection of personal items from Bosnians who now live in Scotland.

It also has items from Scots who travelled to Bosnia to deliver aid and help uncover the truth about the genocide.

And several of the exhibits are on loan from the Historical Museum of Bosnia and Herzegovina.

The exhibition - in the Community Gallery at Kelvingrove - was produced for the 25th anniversary of the Srebrenica massacre in 2020 but was delayed due to the coronavirus pandemic.

The displays will remain in place during July when the 26th anniversary of the Srebrenica genocide is marked - the greatest atrocity on European soil since the Second World War – and will run until November 24, 2021.

David Hamilton, secretary and treasurer of Remembering Srebrenica Scotland, volunteered as an aid convoy driver during the war, and his parents-in-law Alan and Christine Witcutt also delivered aid from Scotland to Bosnia.

He said: “My late father-in-law and his wife Christine Witcutt went out to Bosnia in 1992 and sadly when they left Sarajevo, Christine was shot by sniper and died.

“So it’s very poignant to come back here and see Alan’s ID card in this exhibition, which shows the connection Scotland had with Bosnia during that terrible time.

“The exhibition really captures what life was like in Bosnia.

“What this exhibition does is tell the story of ordinary people and how they were affected by the war.” 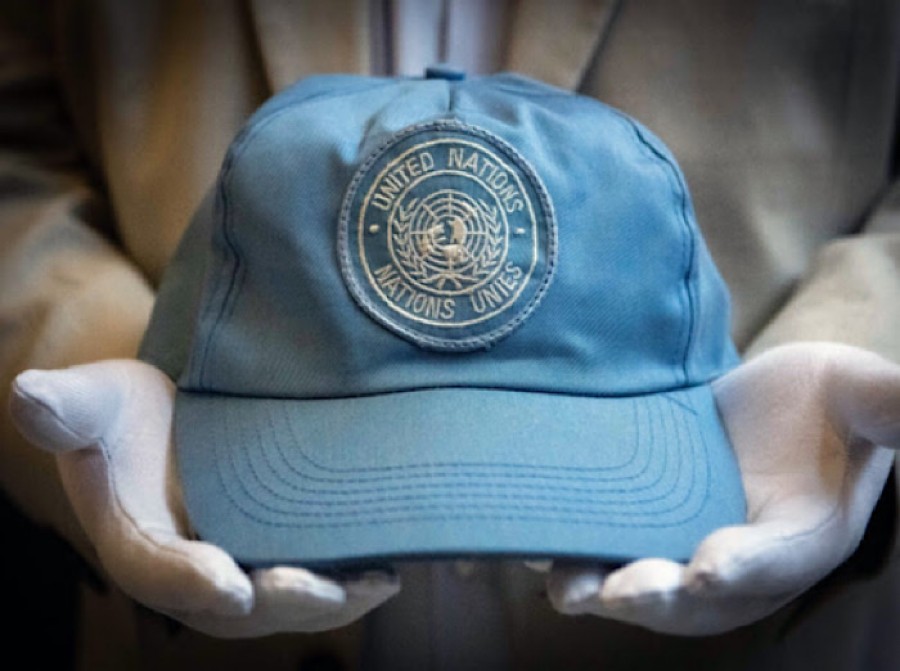 One the exhibits belonging to forensic technician Robert McNeil.

Twenty-six years on, there are still families searching for the bodies of their loved ones.

But there is still denial about the atrocities which took place – a modern example of attempts to spread disinformation.

Remembering Srebrenica Scotland has organised nearly 20 delegations to Srebrenica since it was established in 2015, with participants including First Minister Nicola Sturgeon and MSPs from all parties.

The charity’s vision is a society free from hatred, and it works to achieve this goal by bringing communities together to remember Srebrenica through organising commemoration events in the UK; taking people on its ‘Lesson from Srebrenica’ visits programme to learn lessons from the survivors of the genocide; and developing an education resource for use in Scottish schools.

My late father-in-law and his wife Christine Witcutt went out to Bosnia in 1992 and sadly when they left Sarajevo, Christine was shot by sniper and died

Robert McNeil is a forensic technician from Glasgow who helped uncover mass graves in Bosnia and is now an Ambassador of Remembering Srebrenica UK.

“I wore it throughout my numerous deployments to Bosnia, particularly to Srebrenica and then to Kosovo, and I hang on to it because it’s a constant reminder of the work I was engaged with out there.

“It’s wonderful that Kelvingrove has facilitated this exhibition.

“It will mean so much to the Bosnian population, not only in Scotland but throughout the world.

“It’s a forgotten war in a lot of ways, and it’s a reminder of the genocide that happened there.”

The exhibition has opened as the world marks White Armband Day, which takes place every May 31 to remember the campaign of ethnic cleansing that took place in the town of Prijedor, northern Bosnia-Herzegovina. 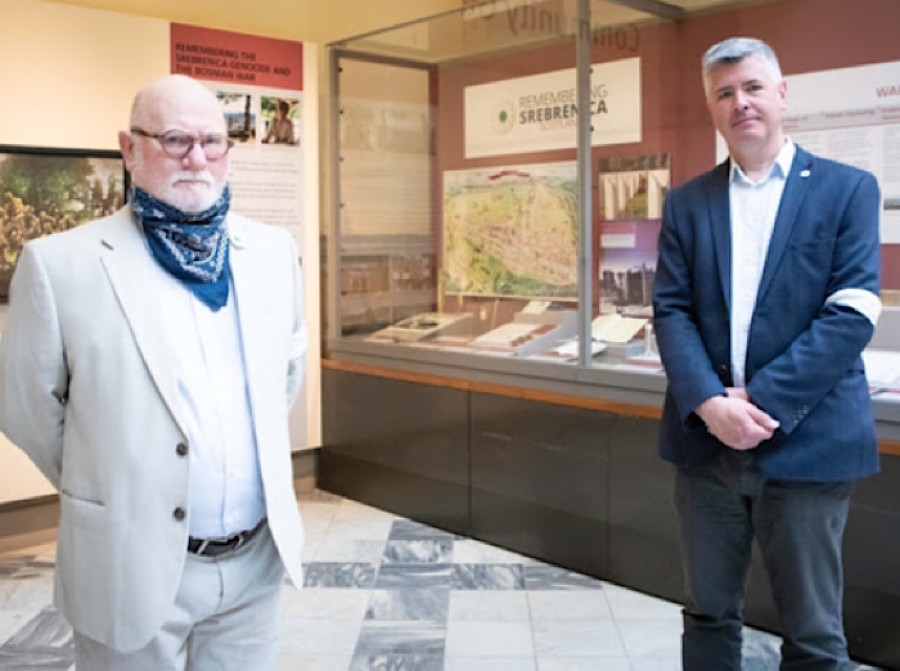 Robert McNeil and David Hamilton at the new exhibition.

Then the Serb war time authorities ordered non-Serbs to mark themselves and their homes with white armbands and sheets.

Thousands were forced from their homes, interned in camps and many were killed, including children.