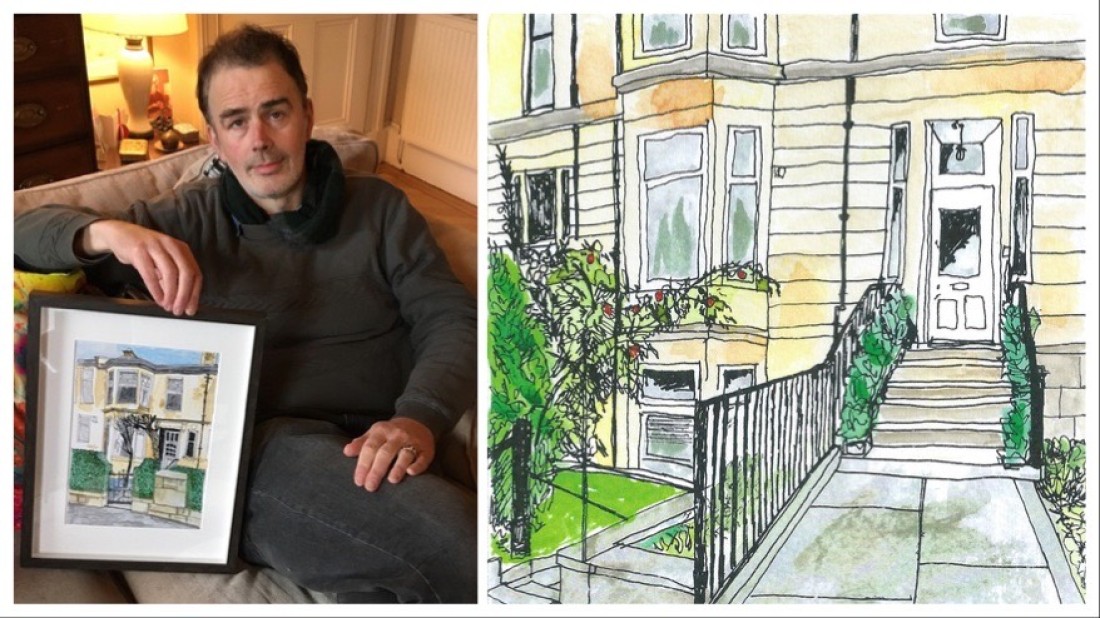 A Glasgow artist is drawing houses around the West End to get by during the pandemic.

The work has kept him going at a time when he was unable to sustain his print making work.

Damian, who lives in Hyndland, said his sketches had been his fall back.

"It has not only kept me going but given me a new audience,” he said.

“People have reacted wonderfully, often recommending me to their friends," he says.

Primarily a printmaker, Damian needs a press for his creations.

His normal workplace is Glasgow Print Studio but that space is closed under the restrictions.

When lockdown hit he turned to drawing, first his corner West End garden, then making casual sketches around the neighbourhood. 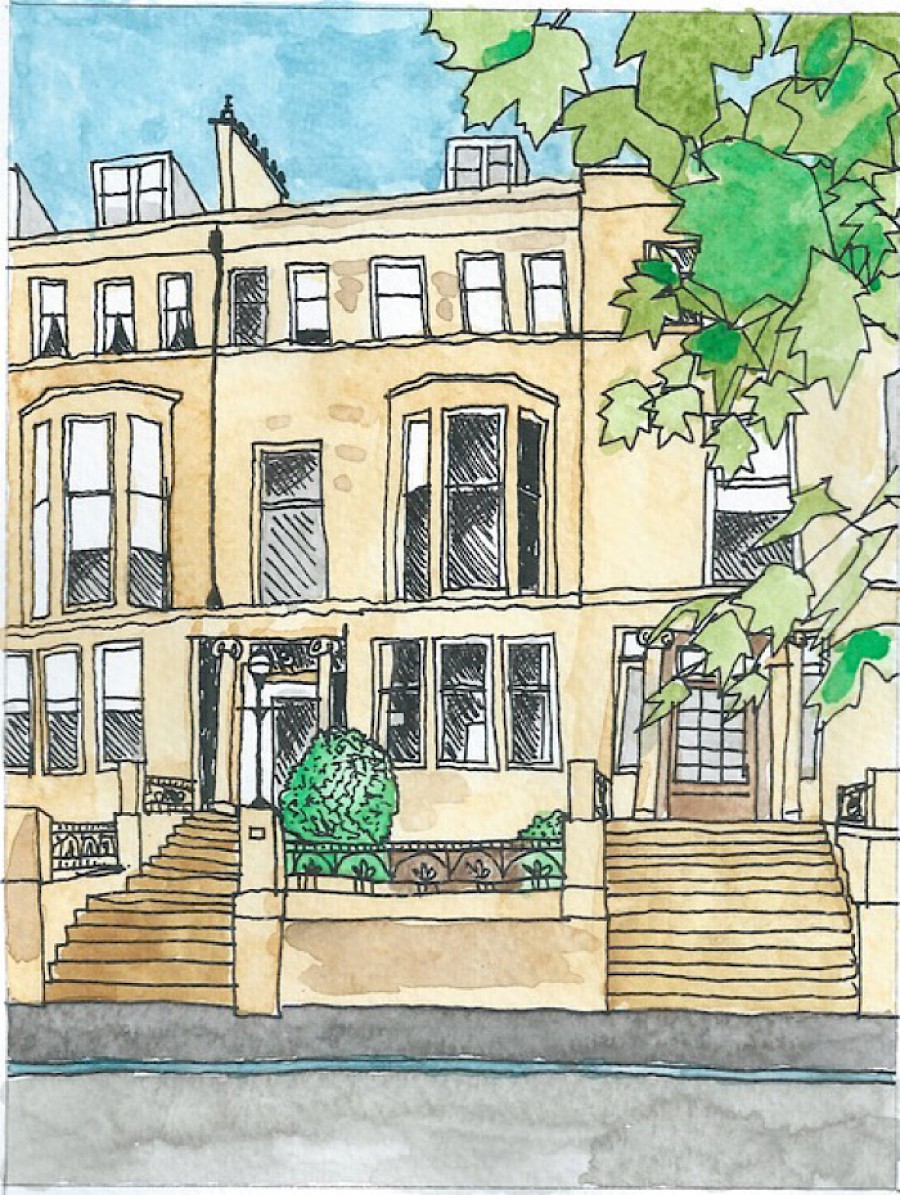 Windows on the West End 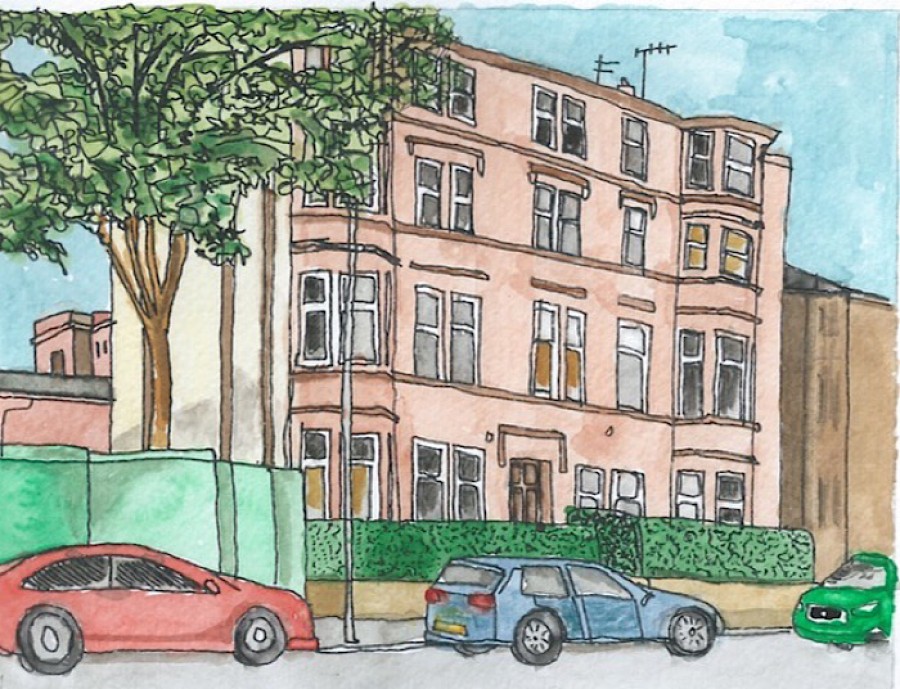 He now accepts commissions online to make what he calls ‘house portraits’ for people in terraces, townhouses, traditional and modern homes.

He finds his work is often surprise gifts for birthdays, anniversaries, for husbands, parents and friends.

It has not only kept me going but given me a new audience. People have reacted wonderfully, often recommending me to their friends

“And if forced to move for career or family reasons they still want a momenta of their West End home."

Meanwhile, he is still producing some limited prints from his kitchen table.

His two cats often feature in his work and prove popular, along with his interpretation of Let Glasgow Flourish, with 'the Bird that never Flew'.

He said: “I like my work to be direct, simple, spontaneous, quirky but eloquent.” 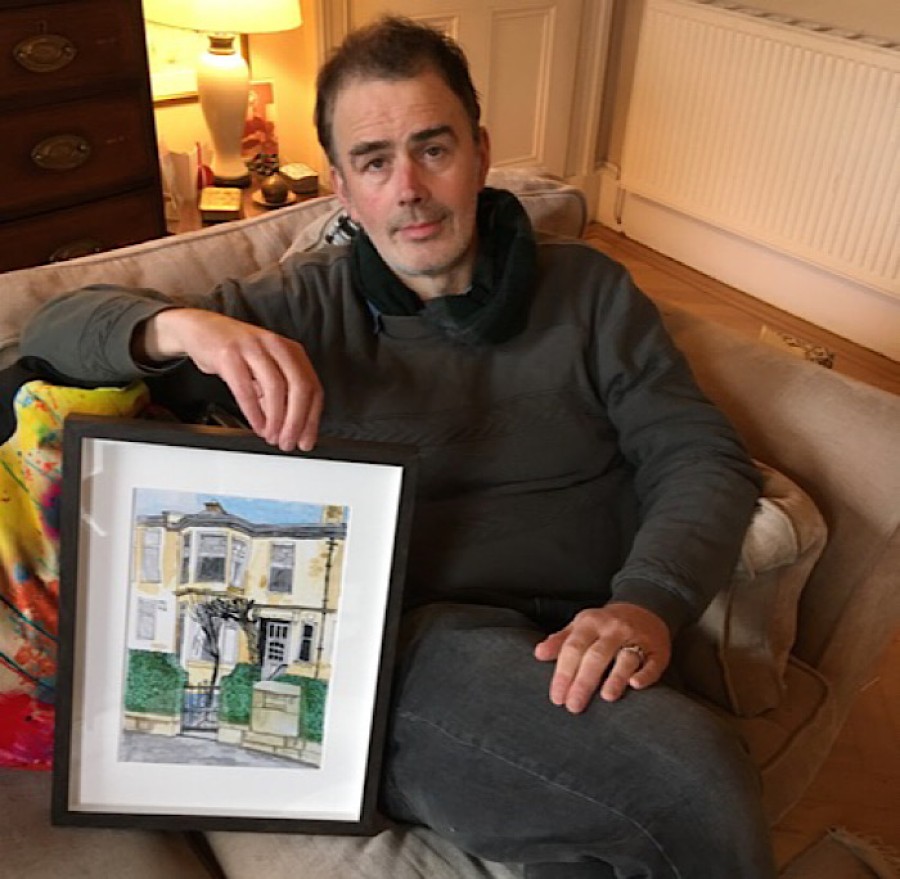