Park Life: Buddy and his master test the laws of motion down at the Science Park

Buddy the Jack Russell and his master Ronnie take a run down to the West of Scotland Science Park.

At first Buddy is not sold on the idea of a trip to the Science Park, claiming his brain isn’t up to it so early in the morning.

I can empathise, the blackbirds are still sleeping.

He’s bought off with the promise of running along the banks of his favourite river, the Kelvin, to reach our destination. 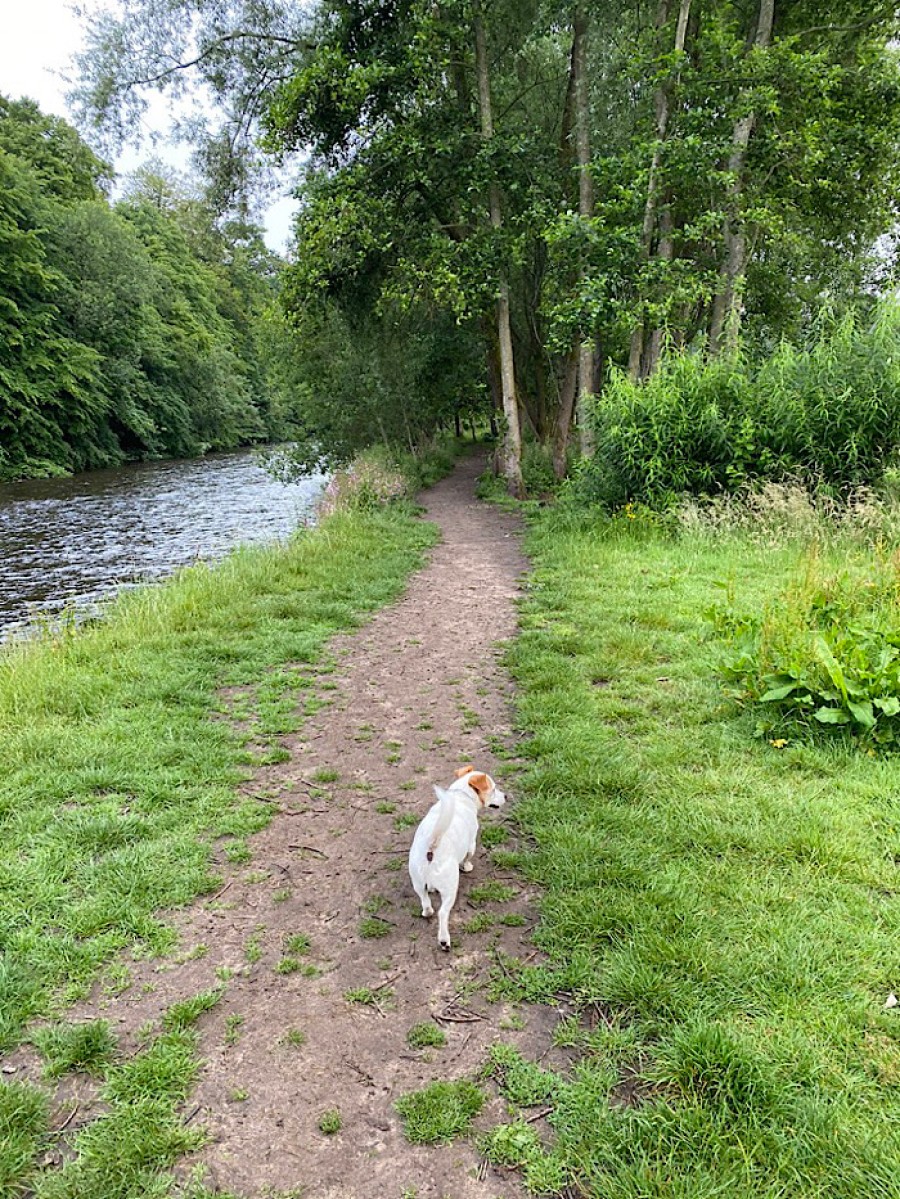 Buddy in his element on the banks of the River Kelvin.

These early morning runs during lockdown have been good for the body and soul.

The rhythms of nature have been fascinating and spectacular, from courting squabbles within the goosander community to a heron taking flight into the dawn haze.

Then there was a family of chicks scooting across the water’s surface; or it’s been an otter supplying the splash while a kingfisher added the colour, all under the watchful eye of a buzzard, or marauding hawk; there’s never a dull moment on the banks of the Kelvin. 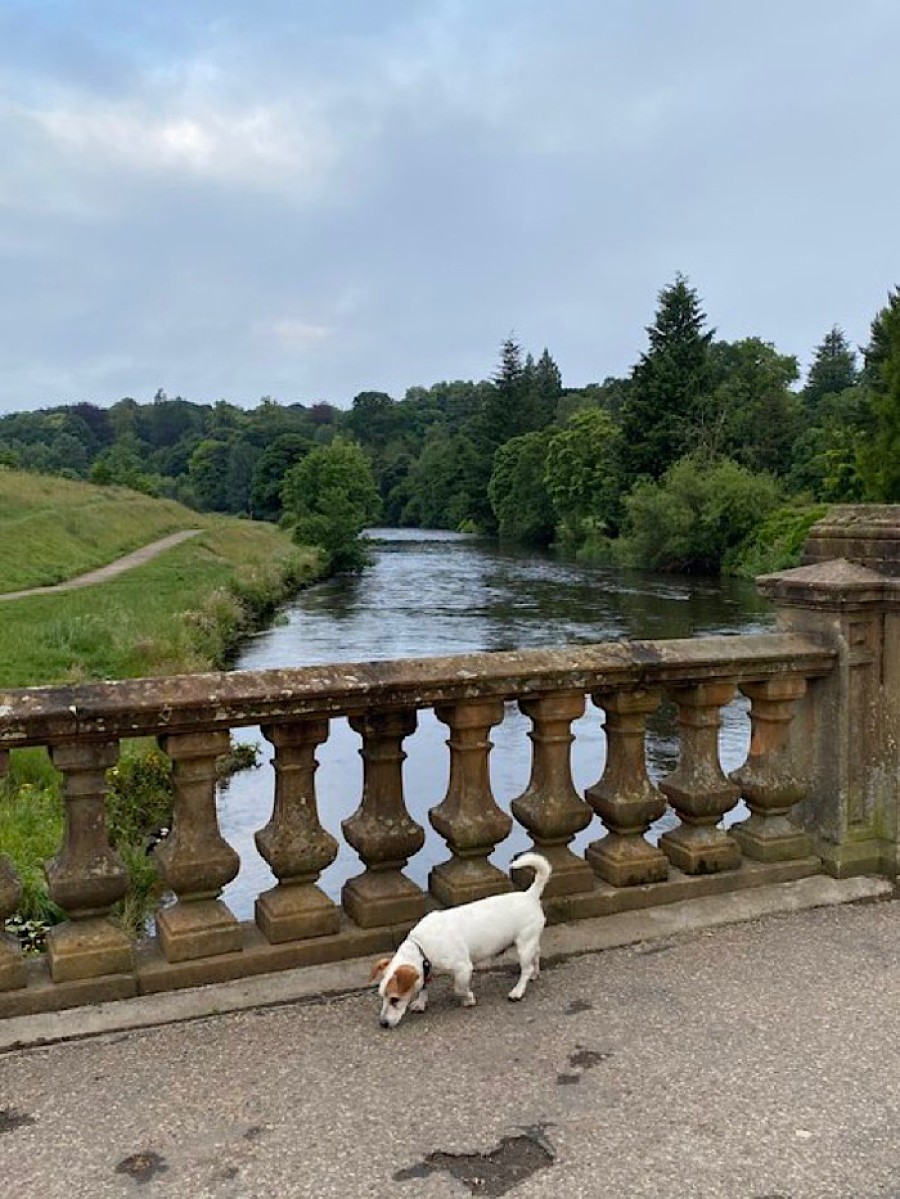 'The rhythms of nature have been fascinating and spectacular'

At the northern tip of Dawsholm Park past the fir trees, we cross a small bridge with its ornate stonework to get into the wider spaces, football pitches here, rugby pitches there but still within earshot of the flowing river.

Buddy bumps into a small canine friend, Humphrey, and pleasantries are exchanged before each go their merry way.

He’s exhausted after today’s run, probably two miles, and looks the way I feel at the end of a marathon, done in, with still a stretch before breakfast back home in Kelvindale.

With its mixture of hi-tech and sport, it should be possible for an entrepreneur in the Science Park to invent a magic pill which increases red blood cells in dogs. 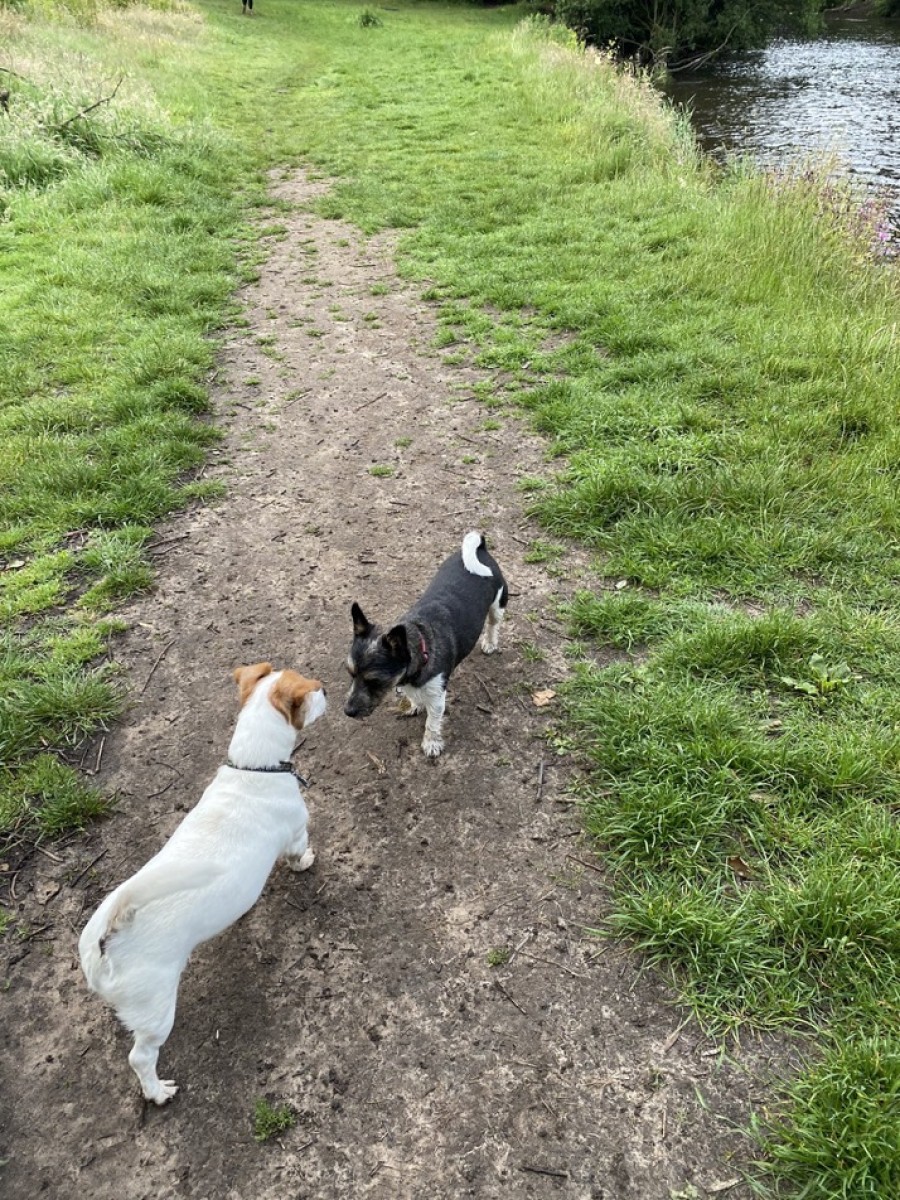 Buddy and his pal Humphrey meet at the Science Park

In the meantime, Buddy will pad on. He needs some altitude training that should do the trick and help his heart murmur.

Humphrey’s boss suggests a park that fits the bill. Buddy, though, looks dubious at the prospect.

* Keep up with Buddy and Ronnie's 'Park Life' journey as Scotland comes out of lockdown.