As soon as the chicks are born, wildlife helpers hope to carefully gather the brood and transport them to a nearby pond.

A duck has made her nest three floors up on top of a window bay in Hyndland.

The bird named Doris is sitting on a clutch of six eggs at the corner of Westbourne Road, just off Hyndland Road. 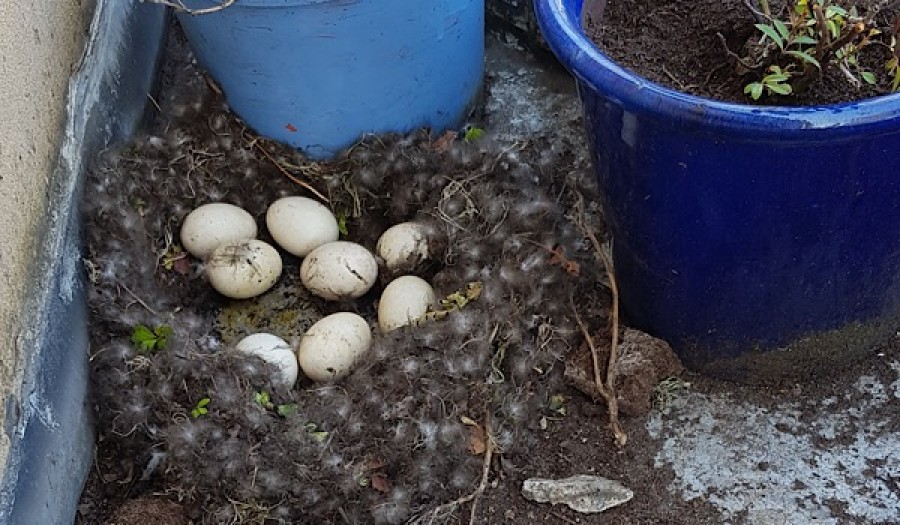 Clutch: originally there were eight eggs, but now there are six. Photo: Michelle Grimley

She is now watching out for the mother and her eggs on a 'duck cam' rigged up to the TV.

As soon as the chicks are born, wildlife helpers hope to carefully gather the brood and transport them to a nearby pond.

Michelle told Glasgow West End Today it is the second year a mallard duck has nested outside her flat.

She said: "We first noticed 'Doris' on Good Friday.

"She was on the ledge of the window box looking out and we thought - 'not again'.

"The previous year we had a female on the front window box.

"She laid an egg only to have it destroyed by, we suspect, a magpie."

Originally, Doris had eight eggs but two have gone - one she thinks was taken away by the mother a few days ago.

If all is well, the other eggs are expected to hatch later this month.

Michelle said: "Her partner arrived last Friday and kept an eye out for any predators, he was there all day.

"She remained on the nest and paid no attention to him.

"She stays on the nest most of the day and we check in on her via camera link, so as not to disturb her.

"She stays on the nest most of the day and we check in on her via camera link, so as not to disturb her"

"We have been advised by the SSPCA to build a barrier to stop the duckings jumping out which we did on Saturday.

"She is tucked away behind some pots, and is the colour of the blonde sandstone.

"She looks pretty well camouflaged and is hopefully safe from predators.

"We have left her some water and fresh veg/lettuce which she eats.

"The nest is super insulated and full of the lovely seedling plants I potted just 3 weeks ago."

Safe: a TV image of mother and her nest. Photo: Michelle Grimley

Michelle reached out for advice on the local Nextdoor social media platform.

Some people suggest the chicks will get to safety on their own accord.

But the SSPCA have said they will come and get the ducklings when they hatch.

Michelle said: "We are in great anticipation of the arrival of the ducklings and hope to save the family.

"Contrary to popular belief the small ducks can break their necks and limbs following mum, so we are trying to avoid this.

"We've rigged up a camera linked to the TV.

"It's an old tech one, so quality isn't great, but enough to see what's happening and not disturb the nest." 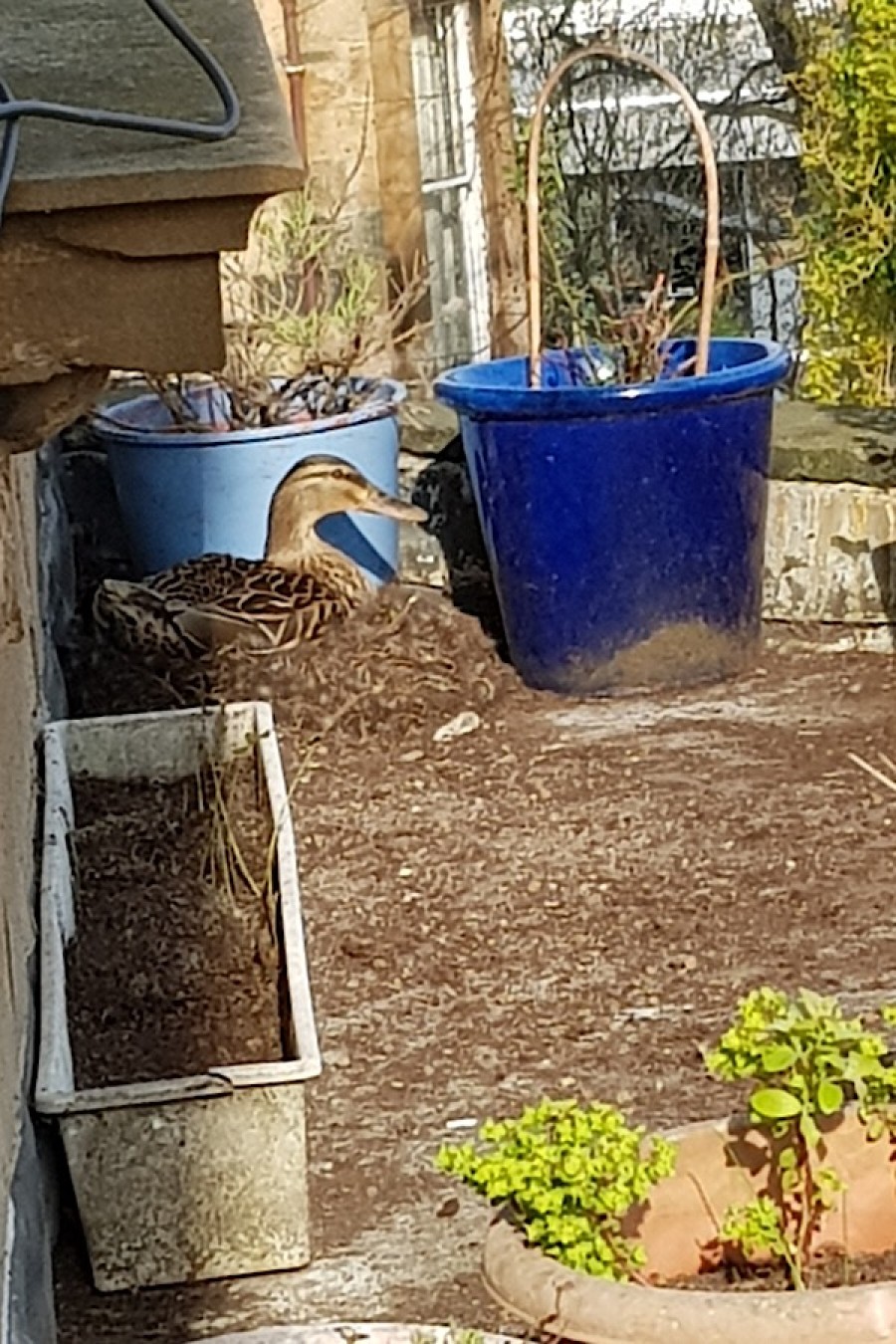 Content: Doris has found a place in the sun. Photo: Michelle Grimley

The plan is to rehome the family at a suitable location nearby.

Michelle said they hoped to "march" the birds along to Bingham's Pond.

We hope mother and chicks, when they arrive, will be just fine - but fingers crossed.

Watch this space for an update.