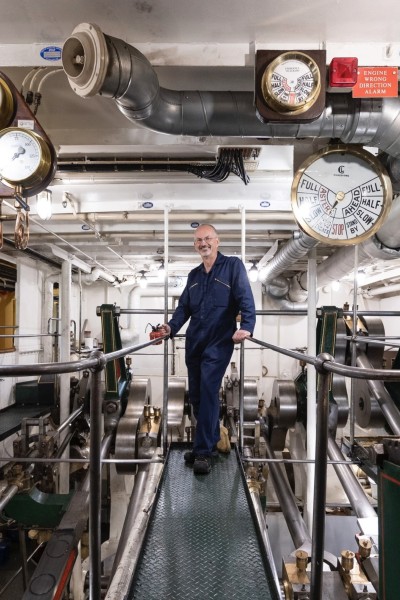 PS Waverley and her crew get ready to sail in her jubilee year.Photo: Martin Shields

All hands on deck … getting Waverley ship shape

The iconic PS Waverley paddle steamer begins her summer season this weekend when she sets off “Doon the Watter” from Glasgow to Rothesay and on to Tighnabruaich. Ian Marland caught up with the crew who have spent months getting the ship ready for her jubilee season. Photographs by Martin Shields.

It's a Friday in mid-May and the decks and galleys are teaming with bodies. People are armed with paint brushes, step ladders and tools.

The year-long task of getting the Waverley fighting fit and ready for the summer season is building to a crescendo.

General manager Paul Semple is surveying the list of tasks still to be carried out before the passengers come aboard: railings and decking varnished; wheel house and bridge repainted; dining hall cleaned; lifeboats checked and routine maintenance in the engine room.

The fact that she is still going is pretty much down to the efforts of those people on the ship today and others before them.

“Every part of the ship has to have had a survey. We have a survey cycle,” explains Paul, a former teacher who first worked on the ship as a steward in 1996.

“The engines are every five years but you can’t do the whole thing in one year. So you break the five years down.

“So each year you do a part. So this winter, the low pressure cylinder was all stripped out.

“The connecting rod that goes all the way on to the shaft was lowered down to check the bearing inside.

“All the valve gear inside the cylinder was out. And that is heavy lifting with chain, block and tackle. It’s proper heavy engineering.” 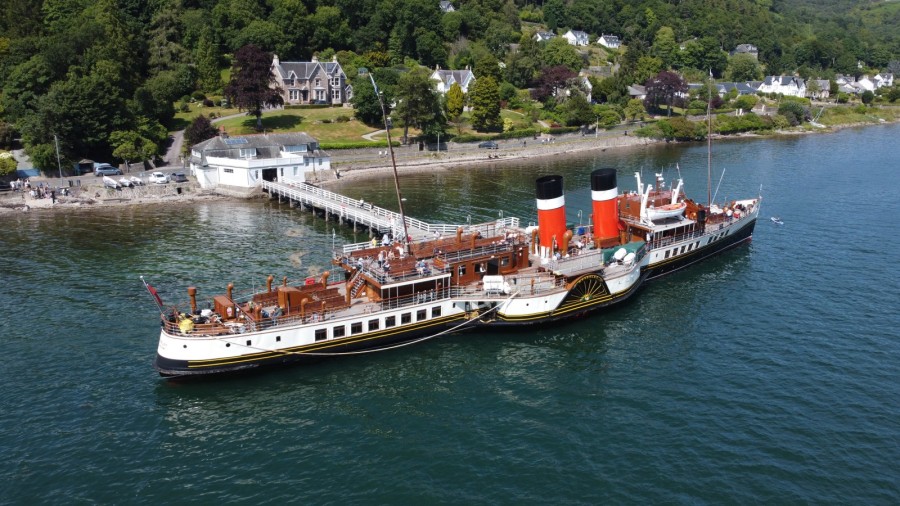 PS Waverley sets off this weekend on her first full summer season in four years.

She sailed for three months last year, but still under the restrictions of Covid and with a reduced passenger quota.

This summer, her schedule and complement return to what you could consider normal.

Her programme has a variety of sailings on the Firth of Clyde over the Spring Bank Holiday weekend, including trips to Arran, Bute and up Loch Fyne to Tarbert on the Queen’s Platinum Jubilee Holiday.

To get to that point, there is a lot of work to do.

Every part of the ship has to have had a survey. The engines are every five years but you can’t do the whole thing in one year. So you break the five years down.

Many new crew members have joined the ship over the winter and spring months, and familiarisation is part of the pre-season process.

Waverley is crewed by 25 fully paid sea-faring staff from stewards and cooks to boiler-room firemen and deckhands and captain.

The only volunteer onboard while the ship is at sea with passengers is the person selling the souvenirs.

Tim Jenkins, 60, is the new chief engineer on Waverley this summer, but he is no novice. He has been 40 years at sea, 25 of them on passenger liners.

“I spent two years on the Queen Mary 2 and that was my first chief engineer’s job,” he exlplains.

“I sailed on various cruise ships after that. 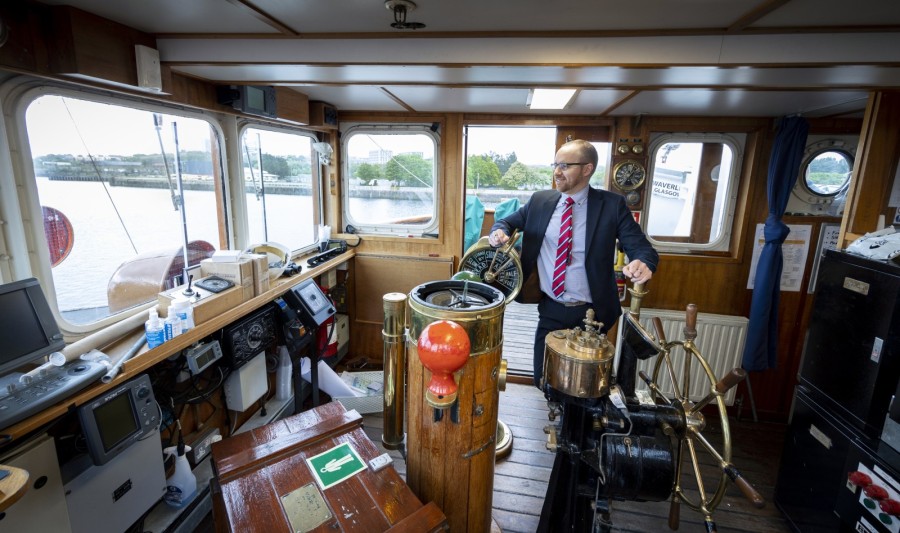 “So, I’ve gone from the Queen Mary 2 which is the only transatlantic passenger ship rather than cruise ship, to the only seagoing paddle steamer in the world.”

Tim is one of two chief engineers to join this summer, and both men are Welsh.

He said: “The other chief engineer has just retired off tankers and he’s Welsh as well.

“So the pride of the Scottish fleet will be run by two Welshmen!

“It is a great thrill. A few people laughed at me for going on an ‘old paddle steamer’.

“But as a marine engineer, I said I’ve done everything.

“I’ve been on the most hi-tech ships, with gas turbines, the latest diesel engines, and electric propulsion systems.”

Just along from the engine room, Colin Dykes is tending to the valves and cylinders in the boiler room.

The 63-year-old took early retirement from his work at a national builders merchant after 40 years.

He said: “I started as a volunteer just before Cop26 started. I was working in the shed over the other side of the river. 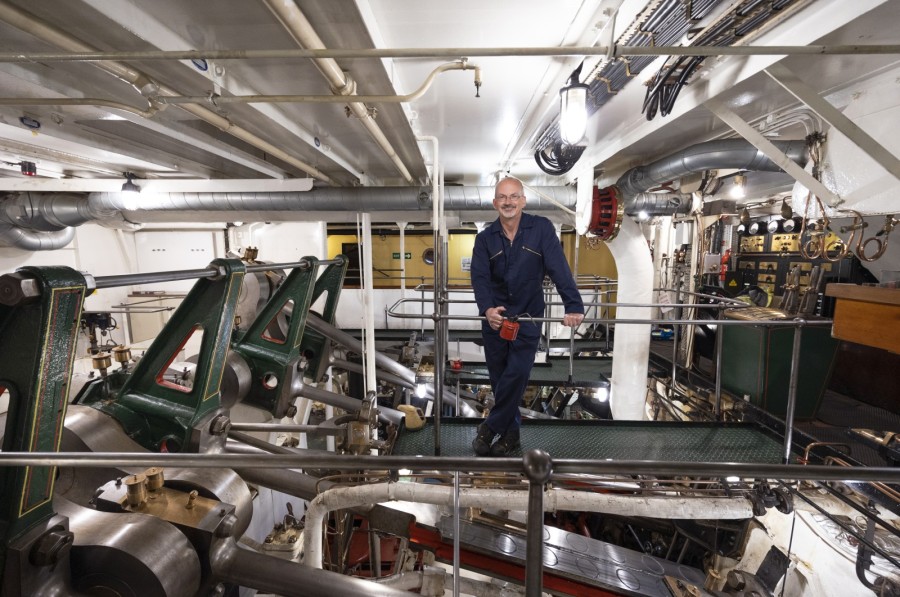 Tim Jenkins has joined the ship as chief engineer after a 40-year career at sea. 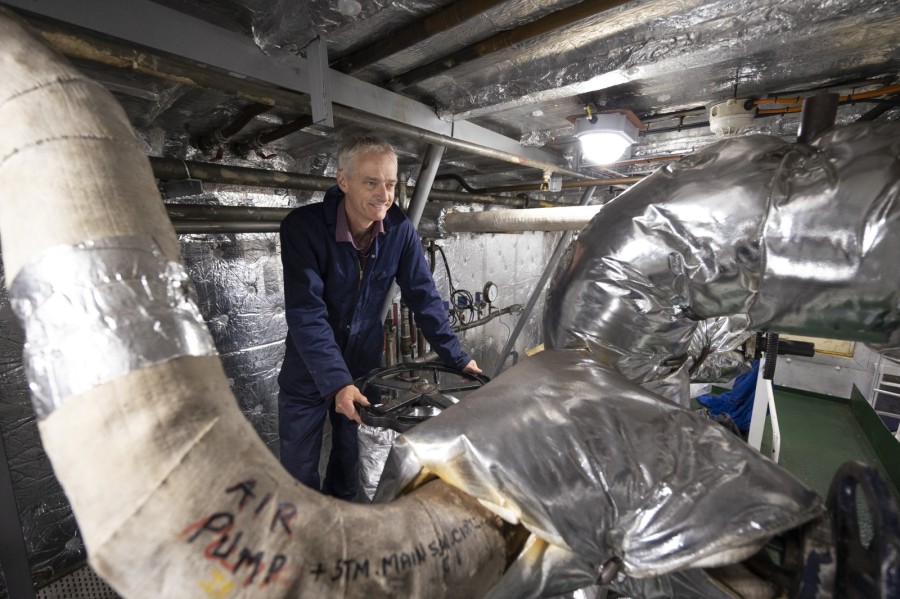 “I knew I would need something to keep me busy over the winter.

“I saw the advert for someone to help sand down and varnish benches.

“Then they said they needed an extra pair of hands in the engine room.

“I wanted to keep my mind occupied. I am too young to stop.”

Aoife Charles, who is 30, is another new addition to the crew. As chief steward, she will be making sure the crew and passengers are well catered for.

“I joined the boat earlier this month, just to get everything prepared and to clean all the different areas.

“This is my first time working on a ship but I have a lot of hospitality background.

“I had thought about working on a ship before. About eight years ago I was wanting to join the navy and that just didn’t pan out but it’s all come together now.

“I feel like I'm pinching myself and I can’t believe that I’m here, so I am looking forward to it. 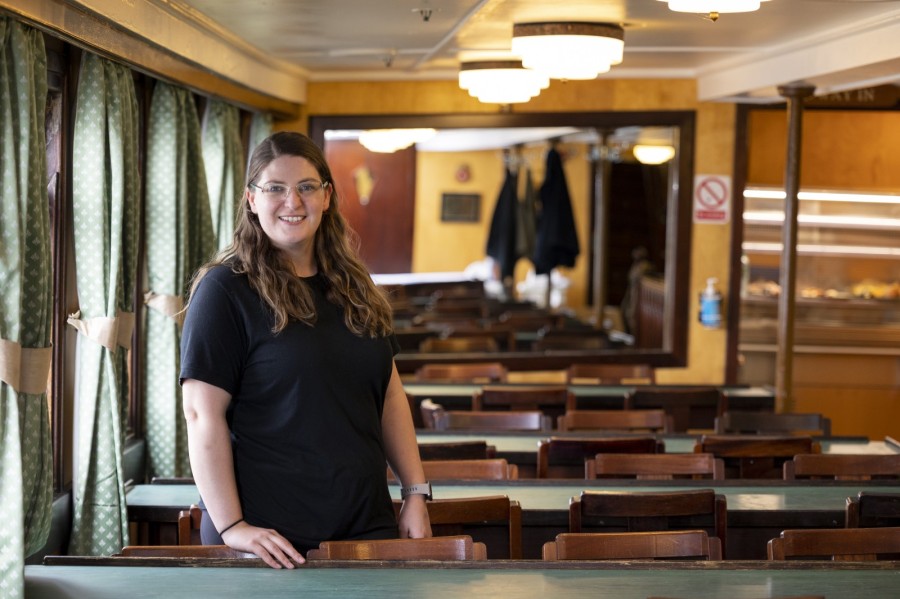 Aoife Charles will sail this summer as chief steward looking after passengers and crew. 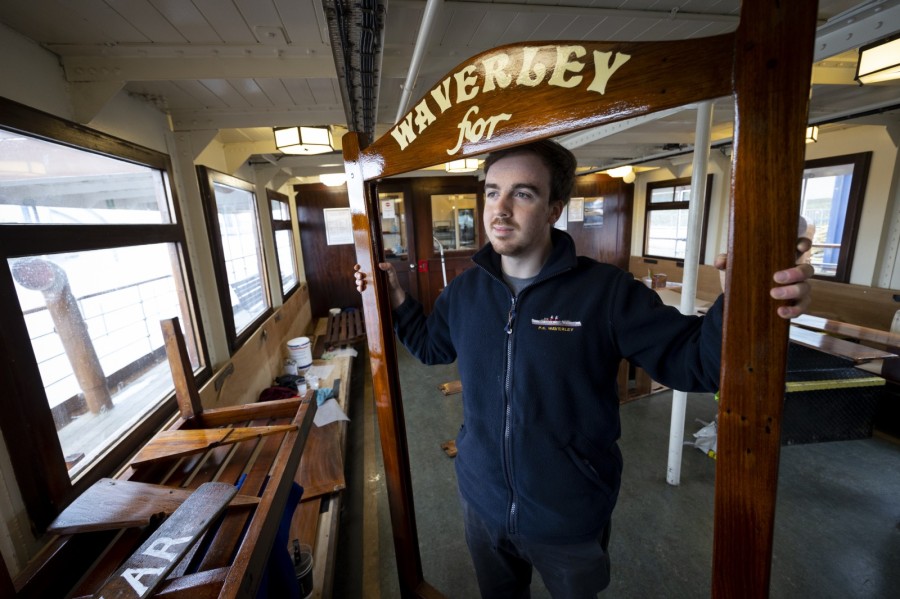 Purser Andrew Comrie prepares one of the ship's destination boards ahead of the summer season. Photo: Martin Shields

“I will be looking after the dining room, our main bar and the lower bar, making sure we have always got food out and the fridges and temperatures are all fine, and keeping everything clean and tidy.”

Like with everything else at the moment, prices are on the rise.

And the cost of running a vessel like PS Waverley puts those pressures into stark reality.

If marine oil prices remain as high as they are now, the ship will be looking at an increase in fuel costs of around £2,000 a day compared to last year.

And that cost is in addition to the massive funding which is needed to keep ship afloat and active.

I had thought about working on a ship before. About eight years ago I was wanting to join the navy and that just didn’t pan out but it’s all come together now.

Something like £450,000 needs to be spent every winter to get the ship ready for the season.

Three years ago, the costs spiralled when her boiler ceased and a fund-raising campaign raised £2.3m for a refit.

Paul says: “I am here to raise money and raising money means operating the ship.

“You want to have the widest possible programme, the most attractive programme to the public to have as many people down the gangway as possible.

“In my mind, everybody that walks down the gangway is contributing to Waverley’s ongoing success.

“Because by coming aboard, paying a fare, buying food and things onboard and going away with a souvenir that you’ve purchased - that keeps Waverley going. 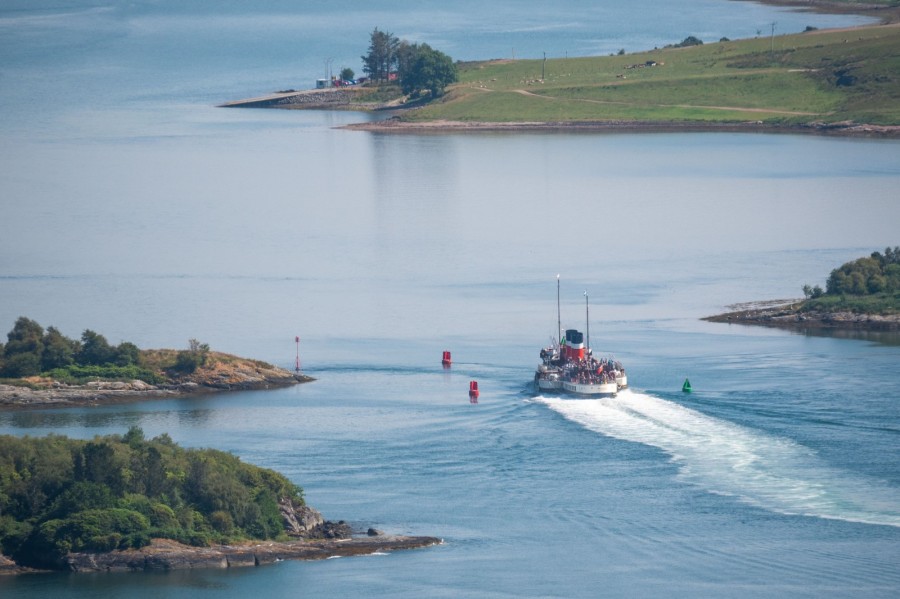 Heading out over the waters on her summer voyages. Photo: Waverley Excursions

“And the people seem to want to keep her. As Fiona Hyslop referred to as the ‘people’s paddle steamer”.

Paul adds: “To me, I feel there is so much affection for her, the people want her.

“What I enjoy is watching her sail away with passengers on board and thinking job done.

"She's doing what she's supposed to do. She’s carrying people.”

Tickets for all of Waverley’s Scottish sailings are now on sale at waverleyexcursions.co.uk, by calling 0141 243 2224, or can purchased on board.
Share this story