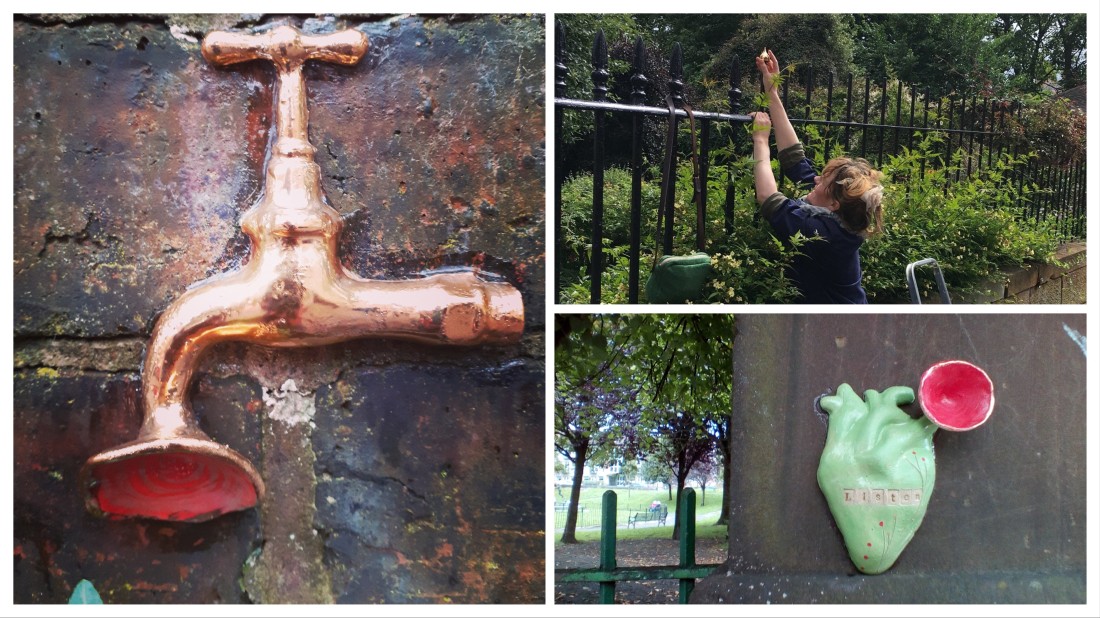 The Glasgow artist leaving her mark with 'graffiti ceramics'

Artist and musician Louise McVey says the objects are her way of reaching out to communities during the pandemic.

An artist has been reaching out to people with ‘graffiti ceramics’ during the pandemic.

Many of the bright and shiny sculptures have been placed around the West End during the many weeks of lockdown.

People out walking will have wondered who is behind the unusual works.

Well, Louise, who lives in the West End, has been working as a ceramic artist for more than 20 years.

She told Glasgow West End Today: “The graffiti ceramics is my way of reaching out to people.

“Last year, in my spare time I had put a few small pieces out in the streets near where I live in the West End as a tentative experiment.

“When lockdown initially hit though, it became clear to me that this was what I could offer - to add something to the streets that may make a difference for people on their daily walks.” 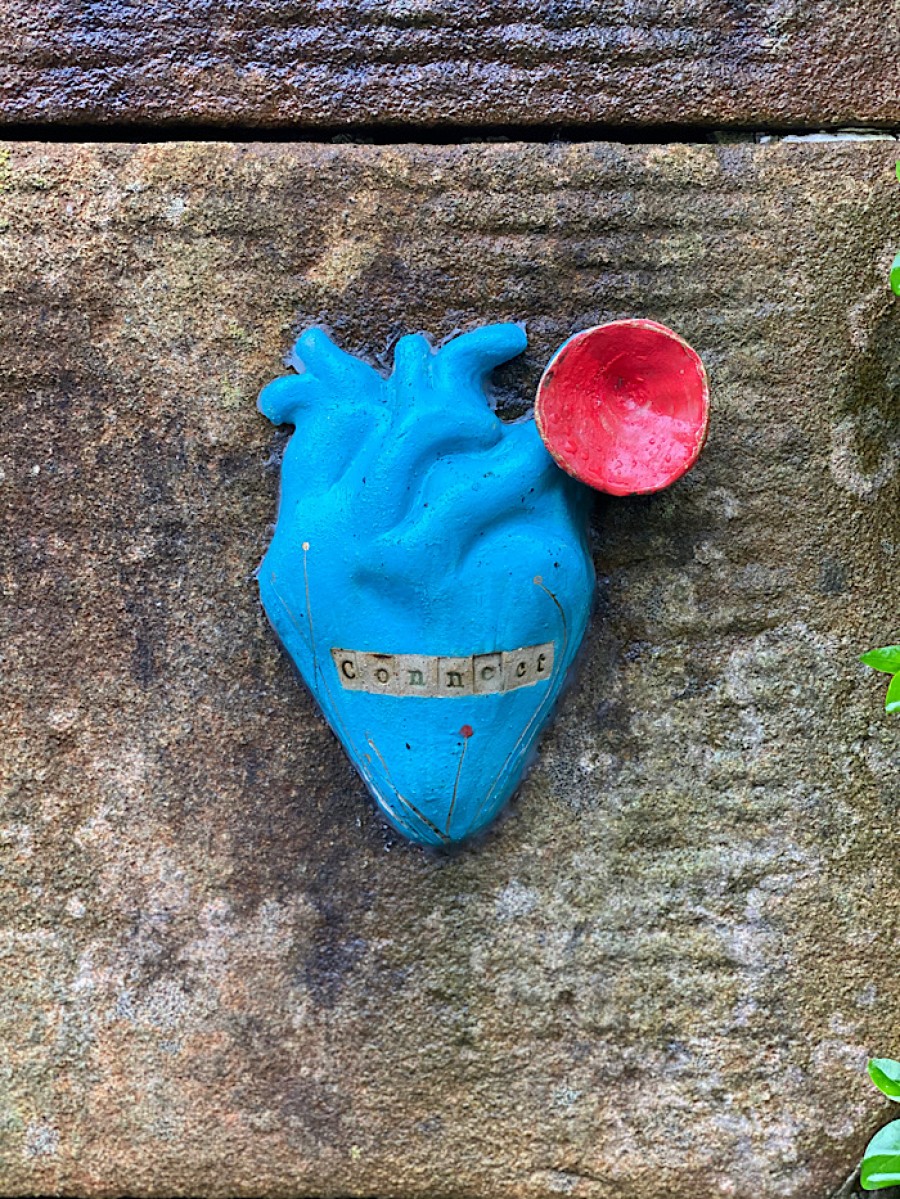 Beating heart of the West End.

People who know Louise’s work quickly identified her as the hand behind the art.

The Covid installations led to some new commissions and have even forged new friendship in the neighbourhoods where they have been appreciated.

But Louise is sensitive to opinion that not all public art is welcome.

‘Within public spaces, if I choose to install work, then I open a dialogue with the street.

“When lockdown initially hit though, it became clear to me that this was what I could offer - to add something to the streets that may make a difference for people on their daily walks”

“And although the majority of work seems to be accepted, the occasional piece disappears - whether as a result of someone taking it for themselves, or because they object to it - and that is a conversation I really enjoy.

“I’m surprised actually by how much work remains, and by the positivity of response from those that find me.”

She has been commissioned several times for the 'Gorgie Collective' in Edinburgh.

On a particular project, she was adding ceramics to the fence surround of a park. 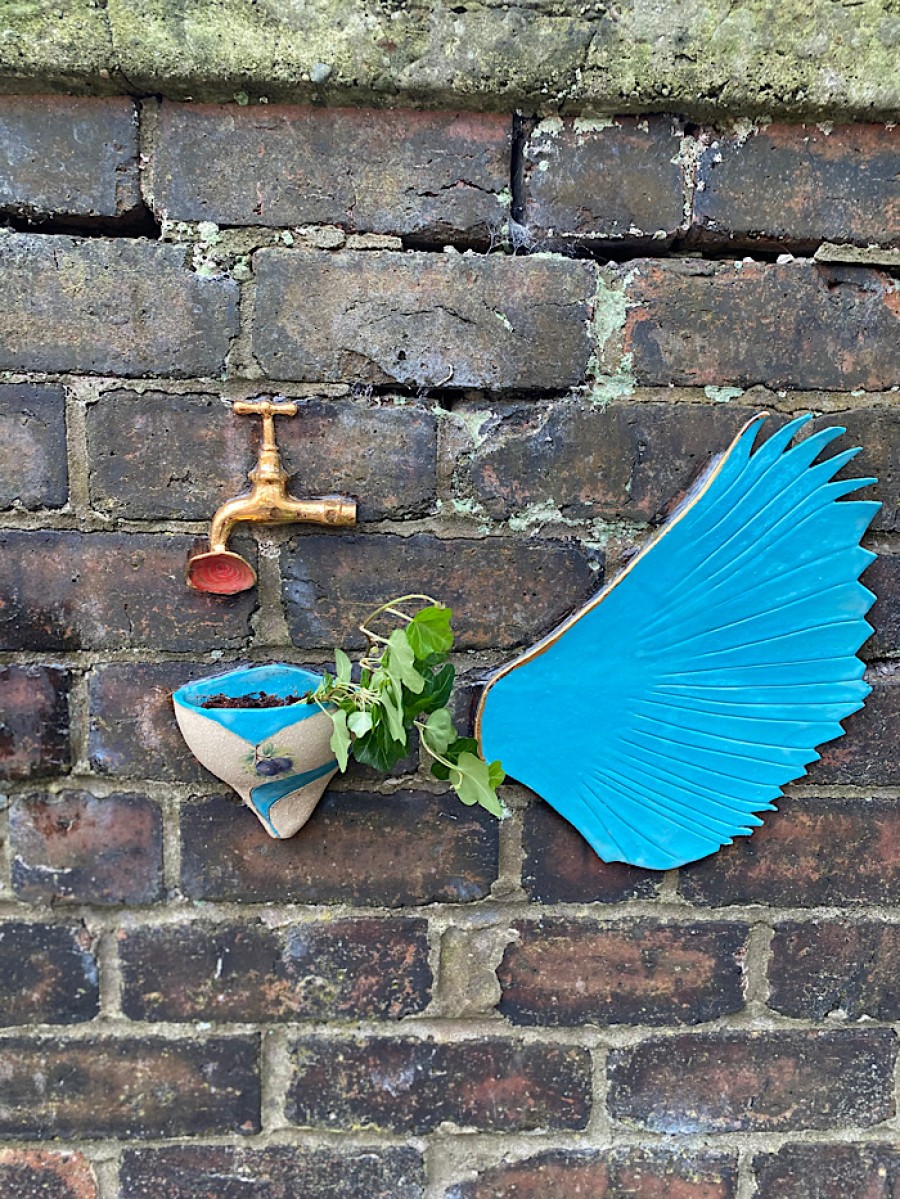 A gold tap, cup and bird's wing on Partickhill Road.

She said: “The work seems to have been accepted, to the extent to which, a resident in the area found a piece which had come off, kept it safely and contacted the organisation to say she had it and wanted to return it.

“Public art can have a short life, but ceramics is also highly durable, and people make the work their own in some ways, so time will tell.”

She has exhibited and performed in Canada, Austria, Ireland, France, Norway Germany and Luxembourg.

Louise says she is continuing to add some street art to different areas such as the East End where she has her studio.

She said: “It's been a joy to open this process and the responses so far have also been special. 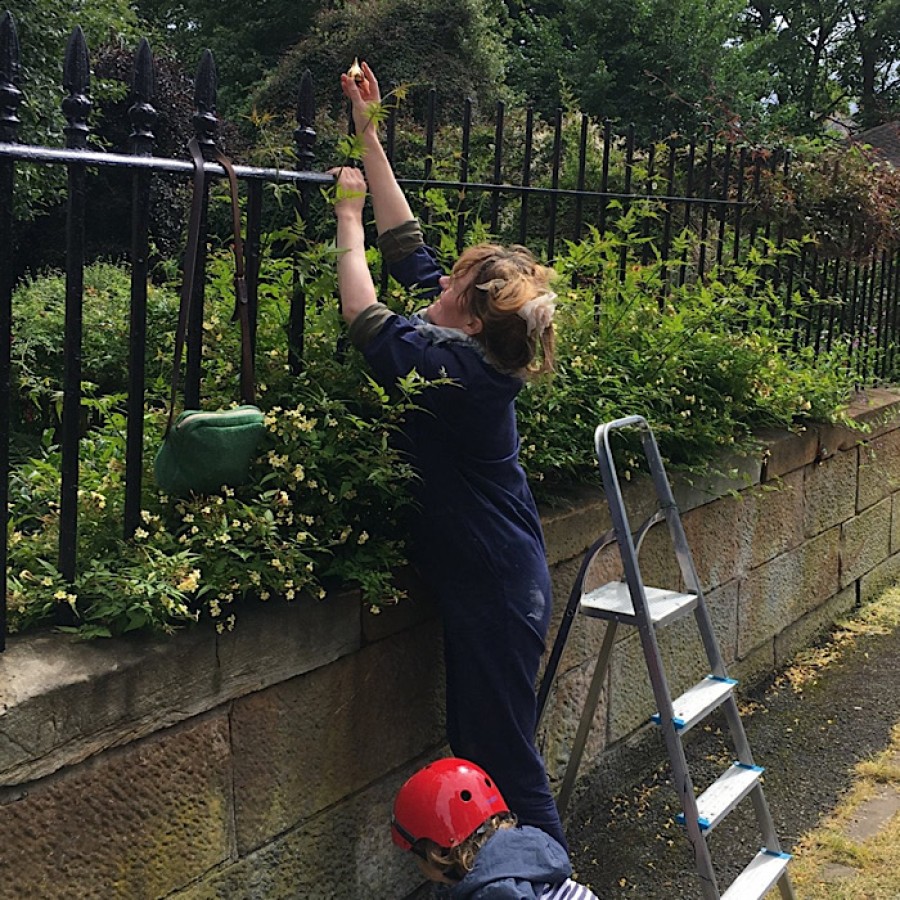 Bringing her art to public spaces. Louise McVey fixing one of her sculptures.