The good friends and next door neighbours have set up a crowd funder to cover the cost of their lockdown project.

The pandemic is having a devastating effect on the incomes of freelance performers.

Two classically-trained musicians have turned to traditional music to soften the blow to their livelihoods.

Next door neighbours Abigail Young and Balazs Renczes are recording a series of original compositions at home which they film and put out on YouTube and social media.

Balazs Renczes and Abigail Young performing one of their compositions on YouTube.

The good friends have set up a crowd funder to cover the cost of their lockdown project.

The musicians who between them have played with all Glasgow’s orchestras - the BBC Scottish Symphony; the RSNO; Scottish Opera and Scottish Ballet - lost all their work in March.

They have since received some support for self-employed workers from the UK government but this has now gone.

Abigail, 25, said the last six months had been emotionally and financially draining.

She said: “It’s been a very upsetting time and especially now as a lot of things go back to normal, or semi-normal.

“Obviously, there are still lots of restrictions and things, but a lot of people are living normal lives to some extent.

“The orchestras are back working, it’s just that they don’t have space for us (freelancers) or the money, probably.

“This industry was very hard to get into and we both managed to get there and it’s tough to just sit around and wait for it to come back. 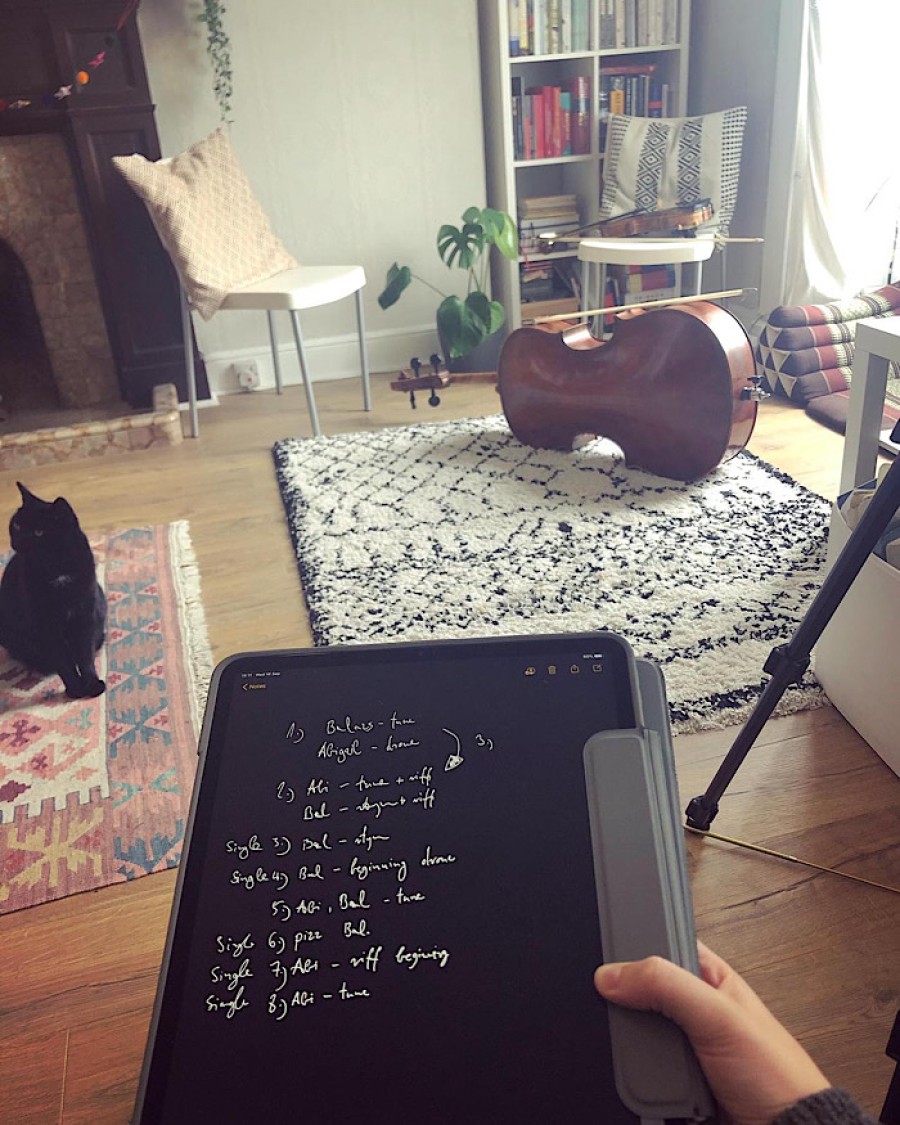 Production day at home in Abigail's flat in Dowanhill.

“We think sometimes should we just be retraining and doing something else but we have worked our whole lives to get this far.”

The project started in July when Balazs moved into the flat across the landing from Abigail in Dowanhill.

The friends, who both live alone, have created a bubble or extended household to play and record their music safely within the current guidelines.

With Abigail on violin and Balazs on cello, they perform as MYST.

'It’s been a very upsetting time and especially now as a lot of things go back to normal, or semi-normal.

'Obviously, there are still lots of restrictions and things, but a lot of people are living normal lives to some extent.

'The orchestras are back working, it’s just that they don’t have space for us (freelancers) or the money, probably'

After composing/arranging each tune, it takes a week in total to rehearse, record, film and edit one of the music videos.

The friends, who both trained at the Royal Conservatoire in Glasgow, have set a target of raising £4800 which would allow them to survive financially until Christmas.

"I had been living in this building by myself and Balazs had to move from his flat in July, so he moved into the flat across the hall from me.

"So we are now neighbours. 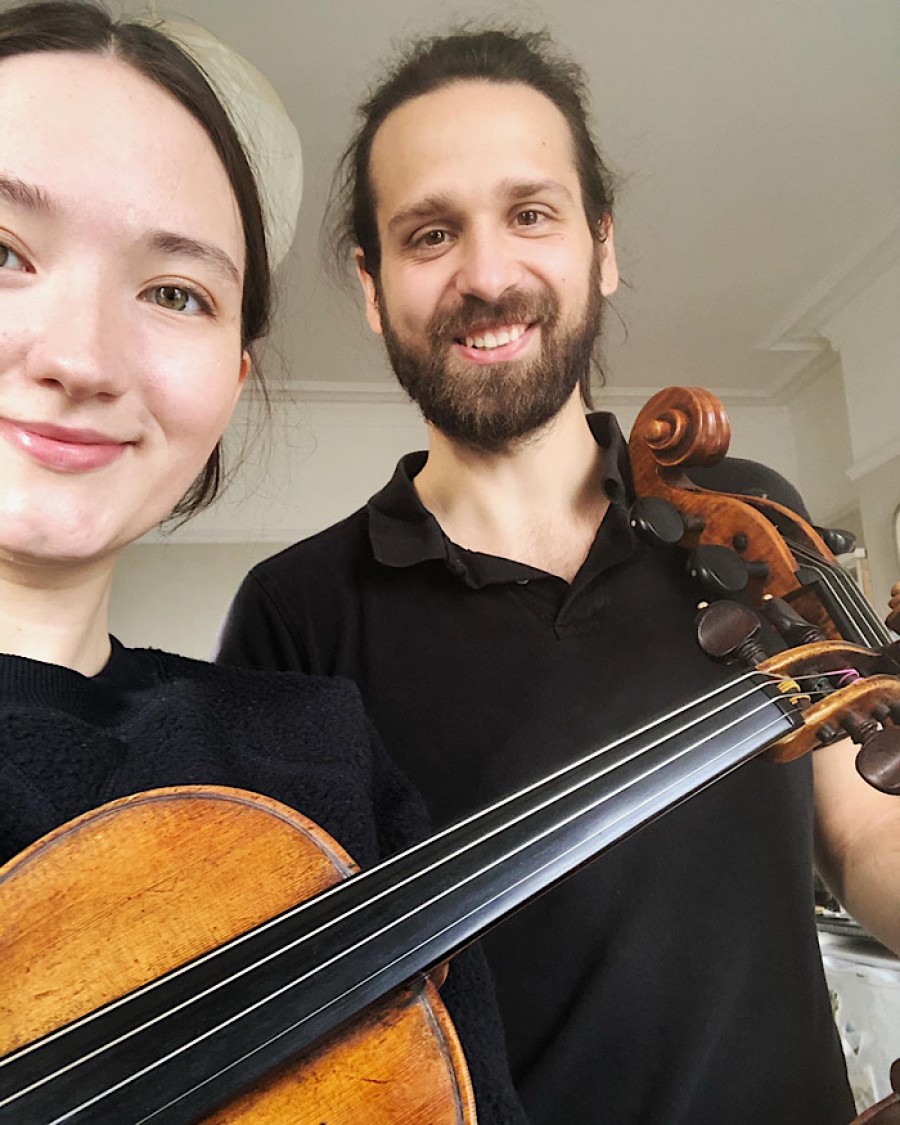 Good neighbours and friends since they both trained at the Royal Conservatoire in Glasgow.

"We decided we would do something about the situation we are in and at the very least give ourselves a little project and make some nice music for people to listen to.

“Folk is a completely new direction for us as we are usually strictly classical musicians who play in orchestras and string quartets.

"We wanted to do something that was going to be accessible to everyone.

"When I was on my own in lockdown I had gone back to trad music a bit and was really enjoying playing a bit of fiddle and I wrote our first tune Coorie In when I was just bored on my own."

The friends were both eligible for the first two instalments of self-employed support, but it is unclear whether they will click for the third phase.

Balazs, who is originally from Bupapest, is receiving Universal Credit and Abigail has just applied.

Abigail is also teaching violin to earn some money.

All told, the money coming in is less than it was when they were working, which is why they hope their home-based music project will help. 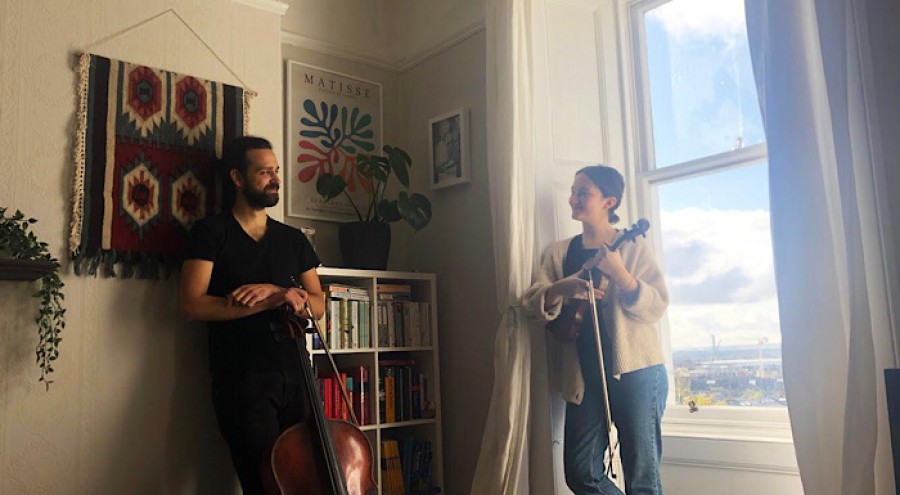 "We decided we would do something about the situation we are in and … make some nice music for people'.

Abigail added: ”All the tracks are either written by us or the arrangements are done by us.

"We have recorded it all with the one mic in the flat and filmed ourselves on a borrowed camera.

"We have learned to record and edit during the process and have enjoyed picking up some new skills.

“Even we don’t make money from this project, it’s at least giving us something to do.

“The whole experience has helped us get through the last six months.”

* You can support Abigail and Balazs at their crowdfunding page here or you can subscribe to their YouTube channel here. MYST are also on Twitter @myst_duo