The event, part of Scotland’s Winter Festivals, was rounded off by speeches and a pipe band performance.

More than 500 people lit up the West End on the St Andrew’s Day Torchlight Parade.

The city's third annual torch spectacle made its way from the Botanic Gardens to the Kelvingrove Art Gallery & Museum.

Hundreds of spectators lined the streets as the procession made its way down Byres Road. 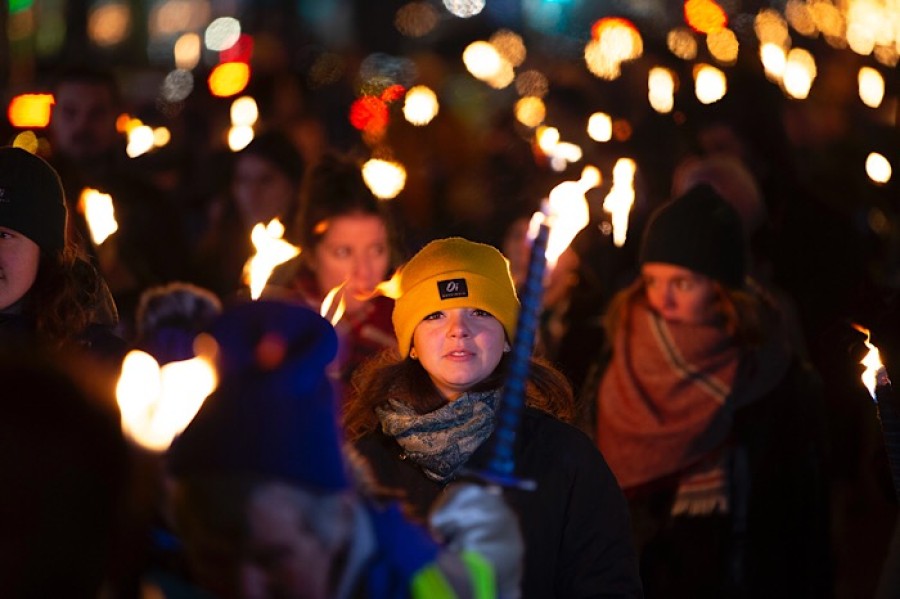 The event, part of Scotland’s Winter Festivals, was rounded off by speeches and a pipe band performance.

Its purpose was to bring together different people from across Glasgow and beyond, to celebrate the national saint's day, according to its West End Festival organisers. 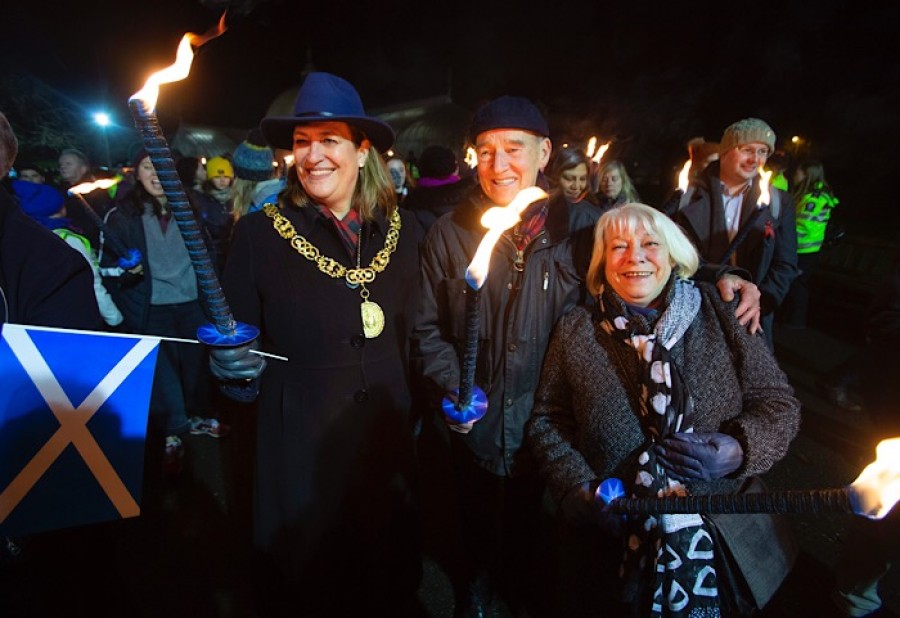 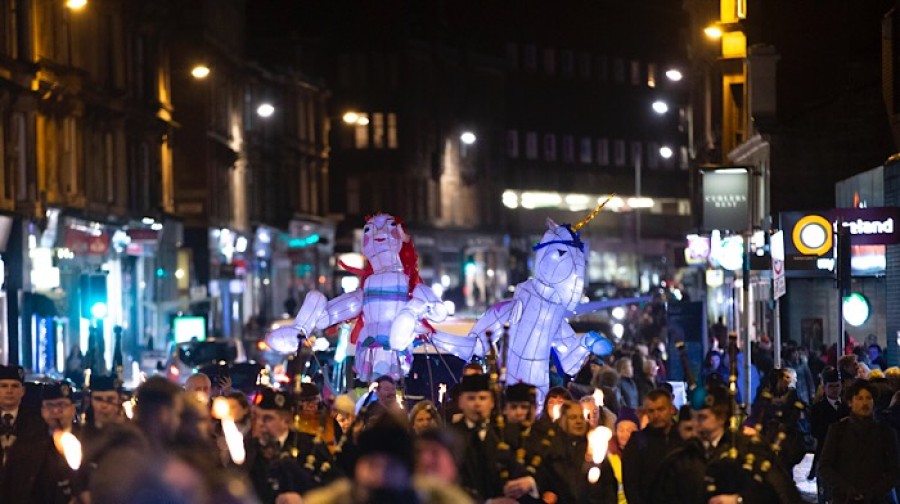 Children from Hillhead Youth Theatre and the West End Festival's community outreach groups, carried thistle lanterns which they made themselves for the occasion.

She said: “It was an honour as Torchlight Parade Patron, to join everyone at these special St Andrew’s Day celebrations. 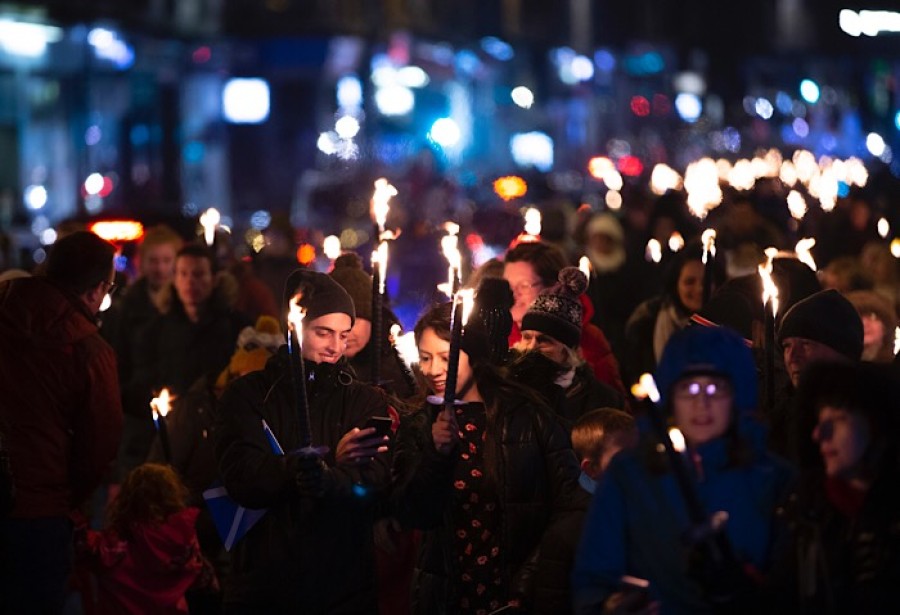 Annual: It is the third year the parade has been held. Photo credit: Martin Shields 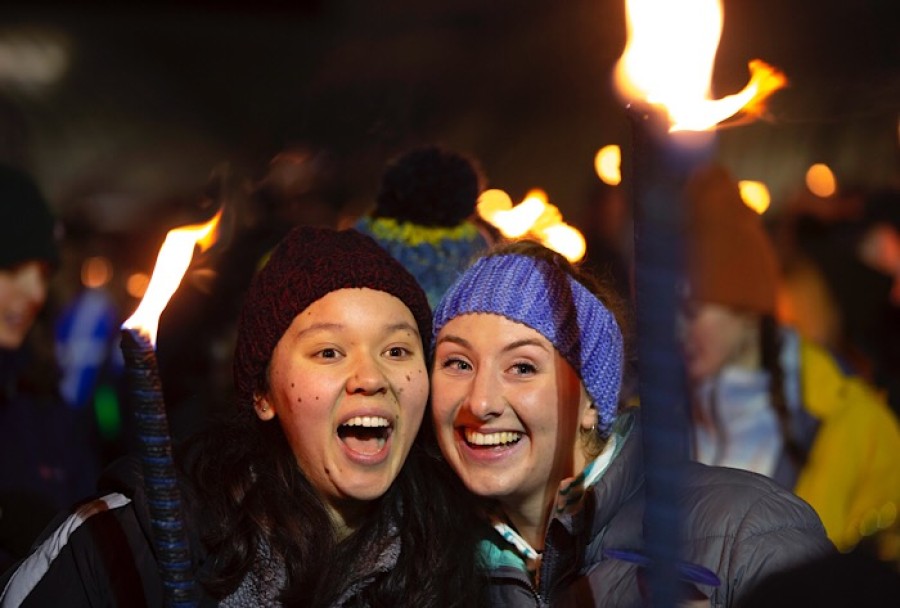 Lighting up: People from all over the city were part of the event. Photo credit: Martin Shields

"A day, traditionally, of looking forward with hope and pride in our nation.

"This event demonstrates our community strength. It’s a great way of coming together to enjoy Scotland’s culture and traditions.”

Liz Scobie, West End Festival chairman, said: “Our third torchlight parade has once again been a thrill and this year we had more participants take part than previous years. 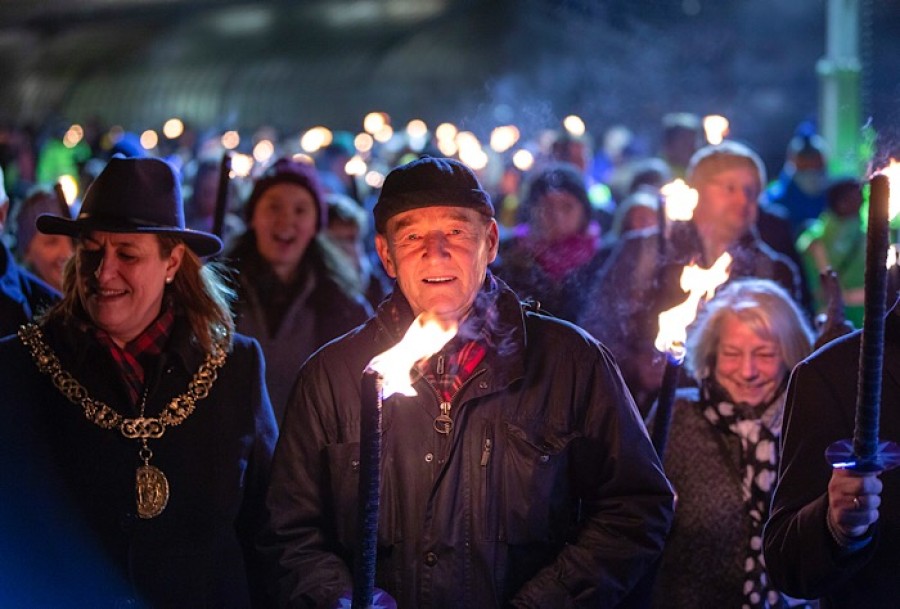 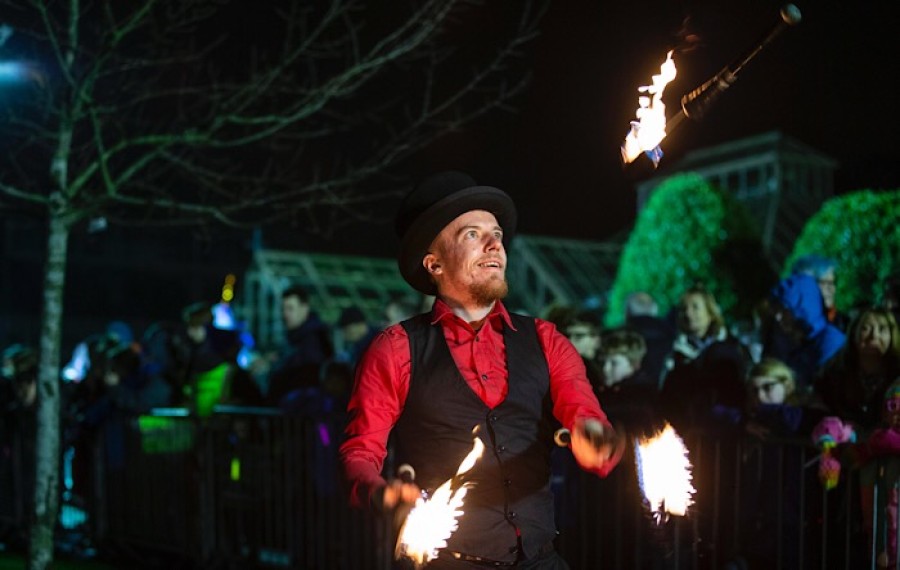 "It’s amazing what can be achieved when communities come together, and we feel it’s important to mark St Andrew’s Day by bringing everyone together to celebrate in a unique way.

“St Andrew was known for his acts of kindness and that’s why we wanted to include SpiritAid as our charity partner this year, donating to a cause which can directly have a positive impact on young people who have suffered as a result of war, poverty or lack of opportunity.

"This also ties in with Scotland’s Fair Saturday campaign, which is tomorrow, showing support for a social cause.” 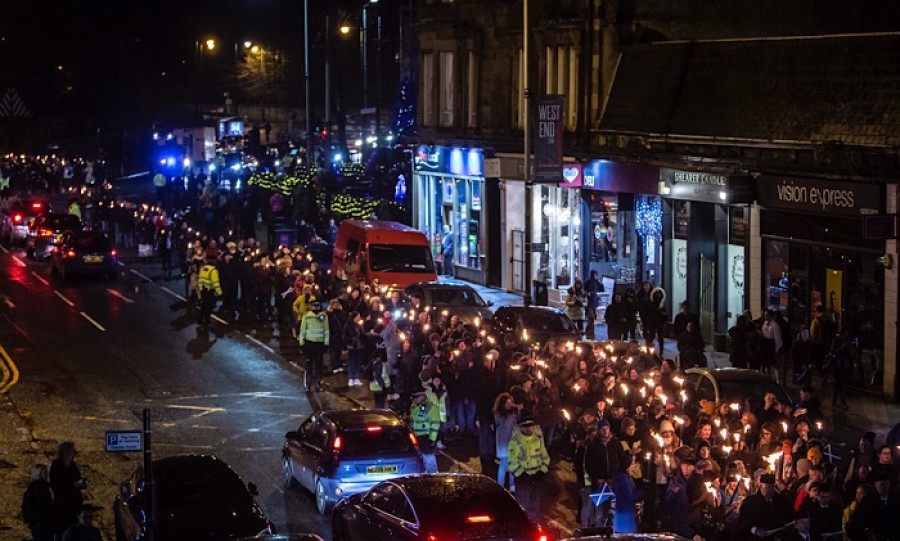 As St Andrew was also the patron saint of Ukraine, Greece and Russia, other countries were represented by students from the Glasgow University Russian Speaking society, The GU Ukranian Society and the Greek Community of St Lukes.