Volunteers have been invited to take on the planting and upkeep - but it looks unlikely that any group will be able to step in.

One of Glasgow's favourite parks faces losing nearly half of its showcase flower beds under city budget cuts.

Parks officials have given notice that they intend to grass over 28 floral beds in Victoria Park after the summer. 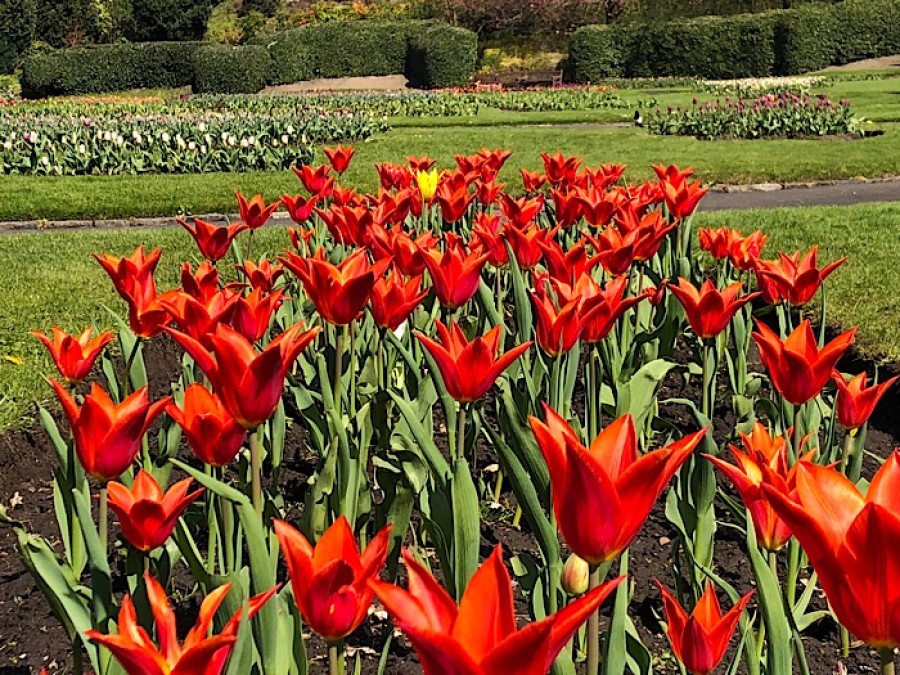 Grass: 28 of the 59 flower beds that make up the park's central display could be lost

Volunteers have been invited to take on the planting and upkeep - but it looks unlikely that any group will be able to step in.

The loss would amount to more than 370 square meets of beds that make up the central floral gardens - out of a total area of 870 sqm.

Officials say the loss is regrettable but would leave much of the displays intact - and symmetrical.

The park - which is home to the geological attraction Fossil Grove - is one of only four in Glasgow recognised for its historic landscape. 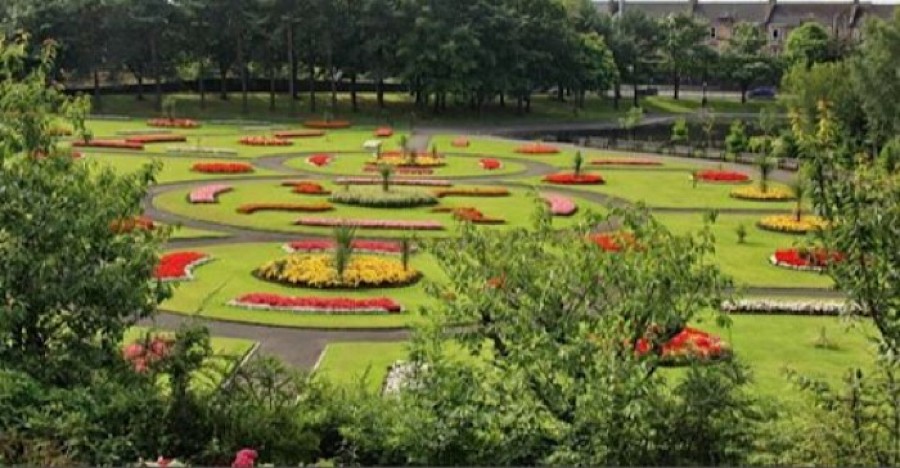 Landscape: the central flower beds in all their glory. Photo: courtesy of FoVP

The central flower beds and its benches even featured in a classic episode of the cult BBC comedy Still Game.

In 'Hot Seat', the attempts of main characters Jack and Victor to claim the best benches were repeatedly thwarted.

Friends of Victoria Park say they are opposed to any loss of flower beds.

Acting chairman Michael Herrigan said the proposals had been raised with the group.

"They asked if anyone was interested in taking over planting these flower beds - or taking care of them - because they intended to grass them over.

"As far as we know, it is proposed at this stage. But we are throughly opposed to the idea. 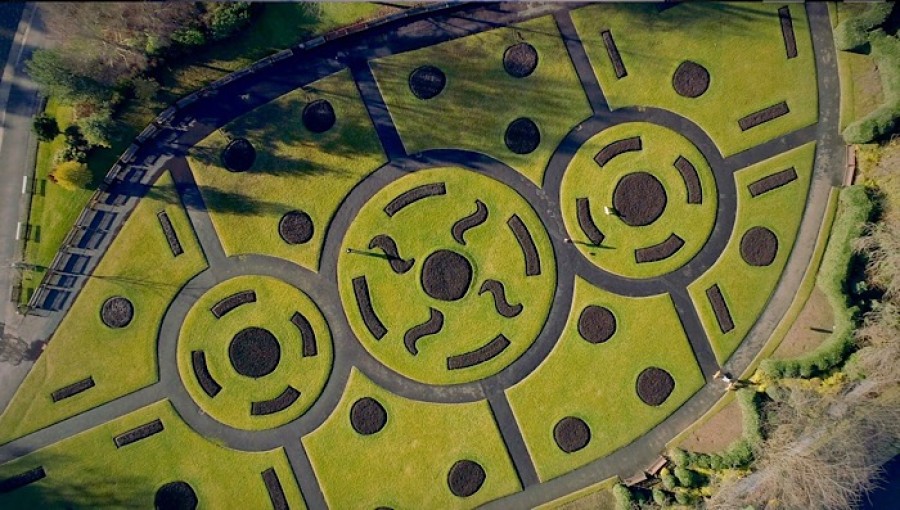 Layout: an aerial shot of the flower beds early in the season. Photo by permission of Charlie Millar

"It is not something that the Friends can take on because we don't have the facilities to pick that up."

Michael said the issue would be debated at the volunteer group's annual general meeting later this month.

"We will be letting people know then what is intended.

"We are hoping for as many people as possible to come along to give us their views." 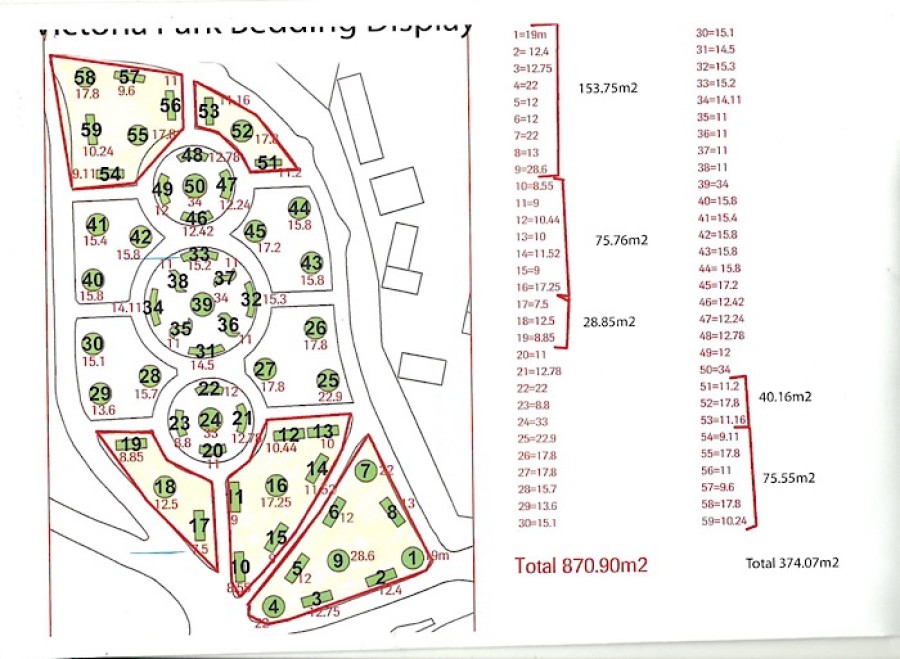 Plans: the beds to be grassed over are outlined in red

Other councils have taken similar steps to save money - and even Glasgow says cuts backs have been made at other parks over the last four years.

But a loss of beds at such a well-known feature is bound to raise an outcry.

A council spokeswoman said the authority was only responding to the financial climate.

"The council continues to face a number of financial challenges and is looking at innovative ways to not only improve, but also maintain, the condition of our parks.

"Victoria Park has a long and proud tradition of displaying good quality flower bedding and we're committed to ensuring this continues. 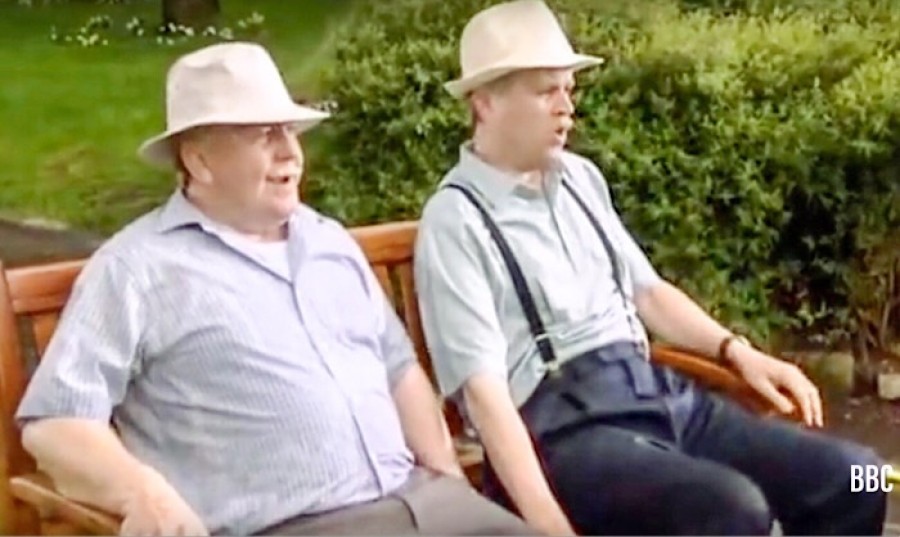 Classic: Still Game made light of the park back in 2007

"However, the sheer volume of flower beds currently in Victoria Park makes it difficult for us to continually maintain them to a high level - a small reduction would still provide an impressive and sustainable display."

The spokeswoman added: "We have discussed with the FoVP whether they would be interested in taking over the maintenance of some of the beds.

"However, if they are not able to do so our intention is to grass over a section of beds at the end of Autumn."

* The FoVP AGM is at St Thomas Aquinas School on May 16.