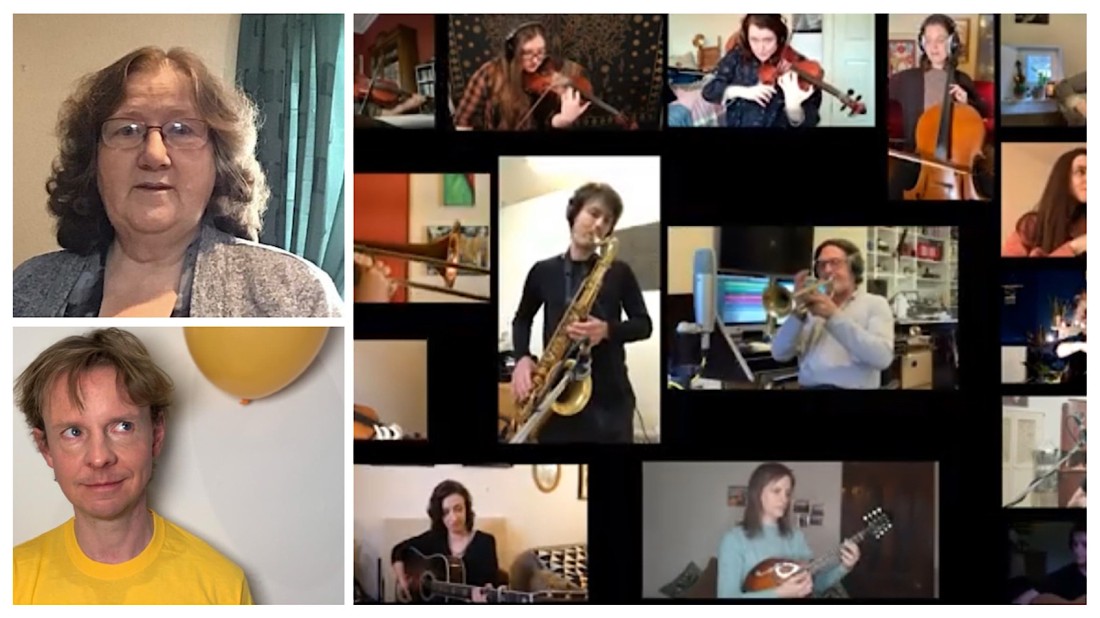 Friendship and hope: The inspiration behind Fatma's Waltz

Money raised from the charity composition and video is going to the Beatson Cancer Charity.

Folk musician Adam Sutherland has revealed how he took lockdown walks by the River Kelvin to inspire a special composition and one of his most ambitious projects to date.

The award-winning fiddler and composer spent seven months working on a piece for his friend and student Fatma Neilson.

Adam, who lives in Finnieston, was motivated to write a tune for Fatma after learning she was being treated for stage 3 endometrial cancer.

He wanted to create a composition that would lift her spirits and give inspiration to others.

‘Fatma’s Waltz’ was premiered this week on BBC Radio Scotland and is now raising money for the Beatson Cancer Charity.

To bring his composition to life, Adam hand-picked twenty-eight of the very best traditional musicians from Scotland, England and the USA.

The recording and production of the composition took place entirely during Covid-19 restrictions.

A video of Fatma’s Waltz was created by a dedicated team of engineers who gave their time for free.

Adam said the whole project had been a huge amount of work for many people - but incredibly rewarding and worthwhile. 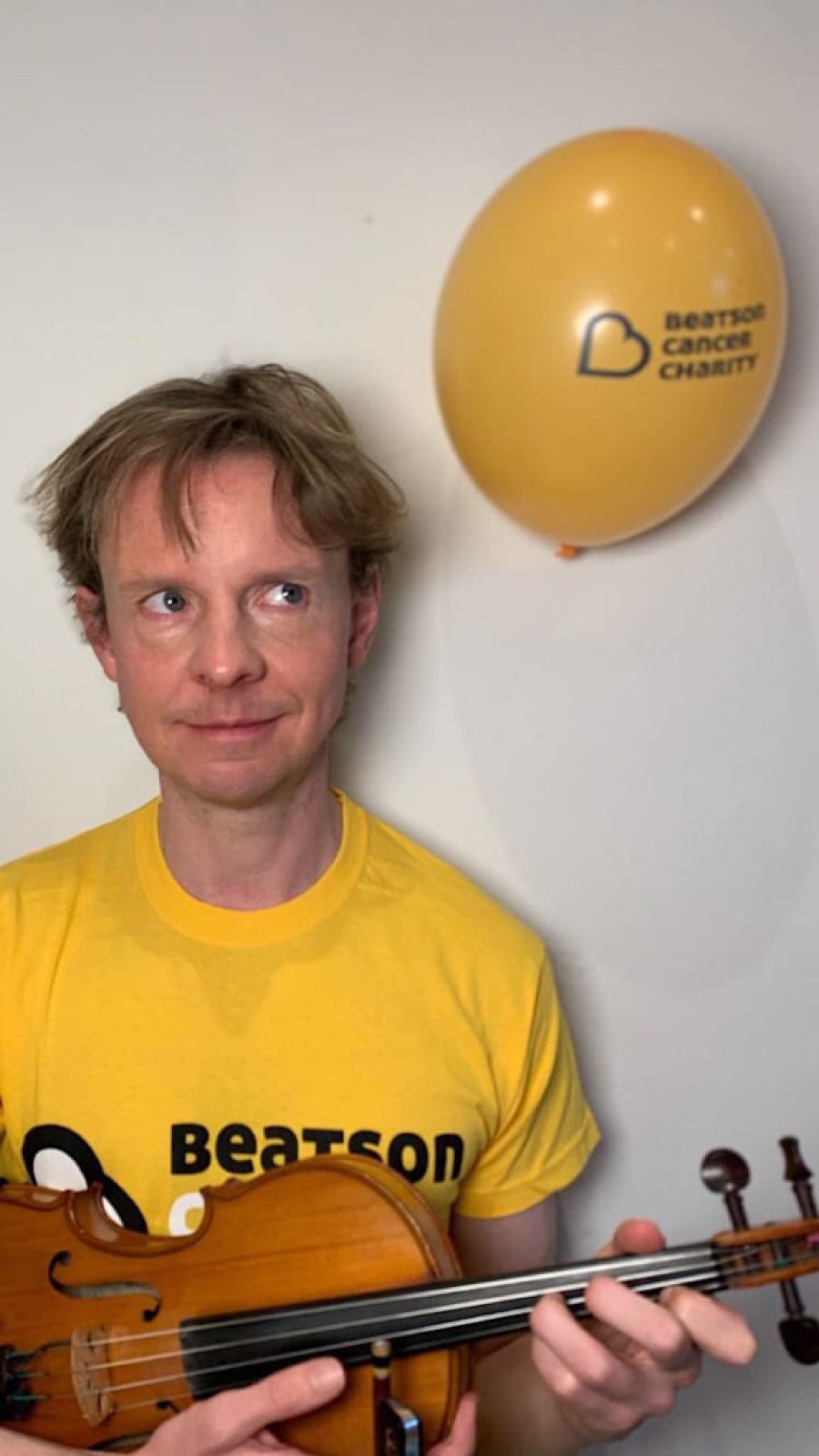 The former Scots Trad Music Awards composer of the year said: “It’s been more work than I have ever done in my entire life by a huge amount.

“I’ve made two albums with lots of tracks and this was in a way more work than making an entire album.

“I got really ambitious and my imagination took off - let’s get lots of people involved, I said.

“Then I had to actually carry out what I’d decided to do - which was extremely hard work and humbling.”

Adam worked on the composition over the spring and summer, when the world was in lockdown.

“I have never put so much work into one piece ever in my life,” he told Glasgow West End Today.

“I would take a walk up the River Kelvin for inspiration.

“I would head up towards Kirklee Bridge and just chew on it, mull it over, take some notes, come back and type it in.”

The finished work is an uplifting celebration of life and friendship.

Originally from Glasgow, Fatma worked and travelled through her nursing career across Scotland, England and Oman and has now retired and resides in Glengarry in the Highlands. 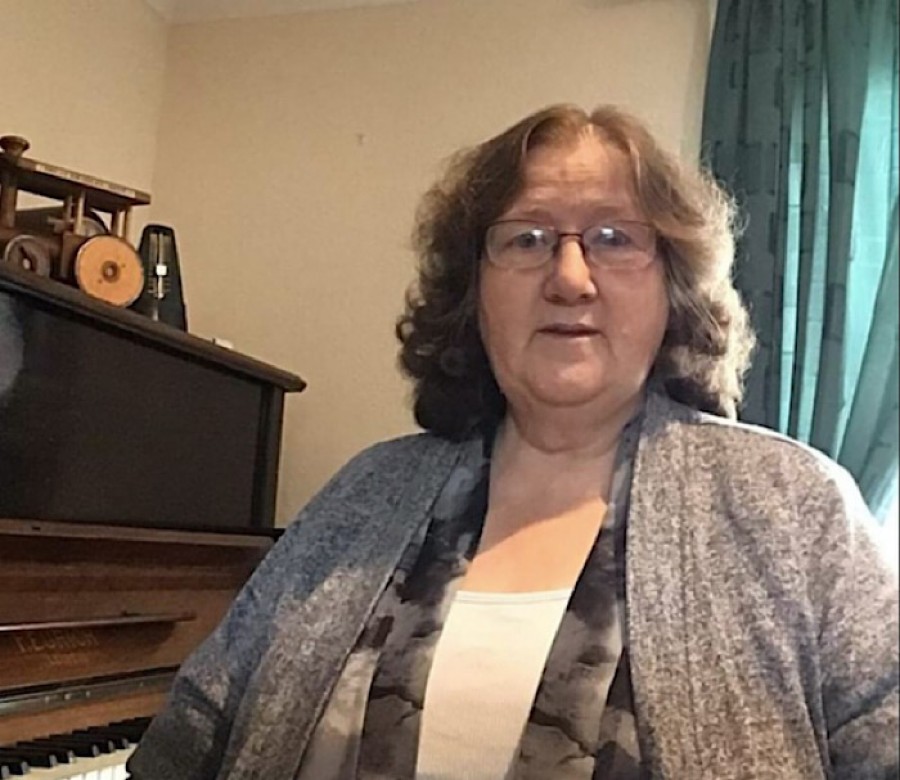 Herself a keen musician, she got to know Adam after attending many of his workshops around Scotland in recent years.

When he suggested he could write a song to raise money for a charity of her choice, Fatma suggested the Beatson Cancer Charity because of the care she received at the Beatson West of Scotland Cancer Centre in the West End.

“In the Beatson you feel that every life counts to them.

“The staff understand that, no matter what the outcome. Your experience during treatment is almost as important as the treatment itself.”

“There is a culture of hope and positivity that makes treatment easier to face. You feel that you are in safe hands.”

The project has the backing of Patrick Grady, SNP MP for Glasgow North, who said: “Fatma’s story, and the story of Fatma’s Waltz, is hugely inspiring, and I hope everyone who hears this fantastic piece of music will give what they can to help the Beatson continue its amazing work.”

Maisie McCormick, community fundraising manager at the Beatson Cancer Charity, said: “We’re thrilled to be supporting Fatma, Adam and the team for this special production and we hope this masterpiece will help bring our charity and its services to the thoughts of many more people.

“The power of music is a way of working through emotions, a form of expression and a way of sharing things that can never be adequately expressed in other ways.

“This is a lovely way to share Fatma’s story.”

Adam added: “I have been been totally amazed by how many people have got in touch to say they have a deeply personal connection with the Beatson.

“It has been a real eye-opener for me to see how many people have been affected positively by that place.

“What an incredible force for good.”

The Hungarian Cimbalom could be worth thousands of pounds