Elizabeth and Dominic Wilde had a humanist ceremony in the dramatic setting of Cottiers church theatre in Dowanhill.

Take a look at these wonderful images from a distinctly one-off West End wedding. 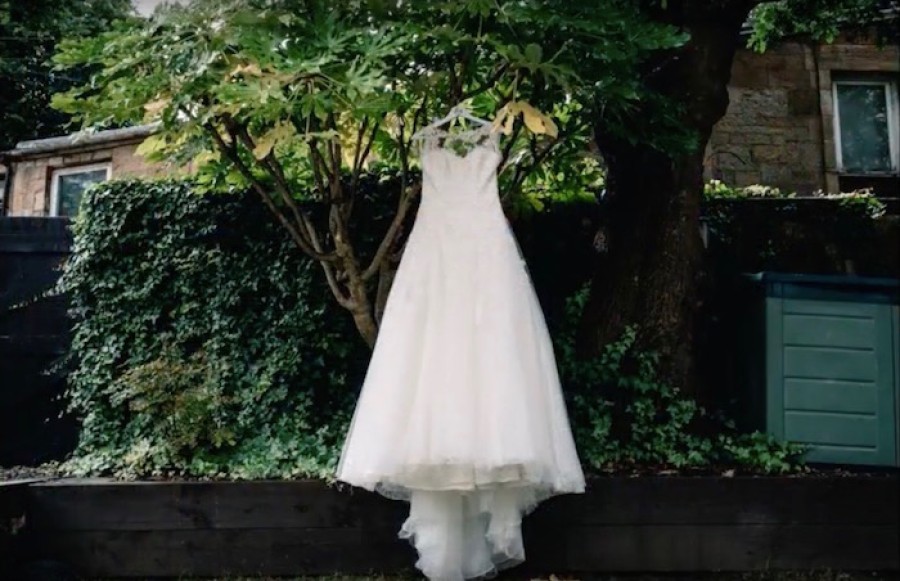 Wardrobe: the wedding dress makes an appearance ahead of the ceremony 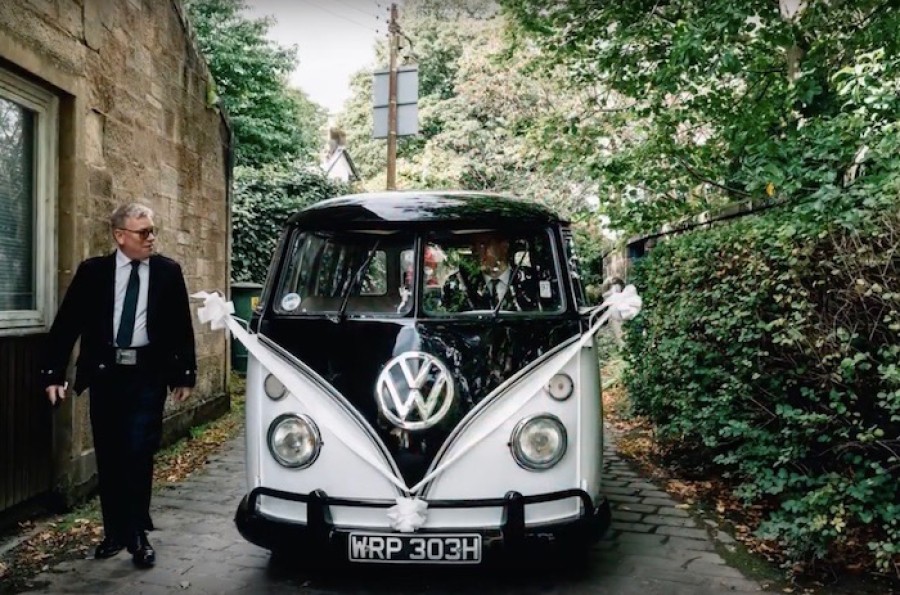 Transport: the bridal carriage with a difference awaits

Elizabeth and Dominic Wilde had a humanist ceremony in the dramatic setting of Cottiers church theatre in Dowanhill.

But it was the 'quirky' details, as Carole-Ann says, that really set the event apart.

And it seems the themes and colours were inspired by a bow tie Dominic bought just after the couple were engaged.

Carole-Ann says it was this element that set the tone for the whole glorious occasion. 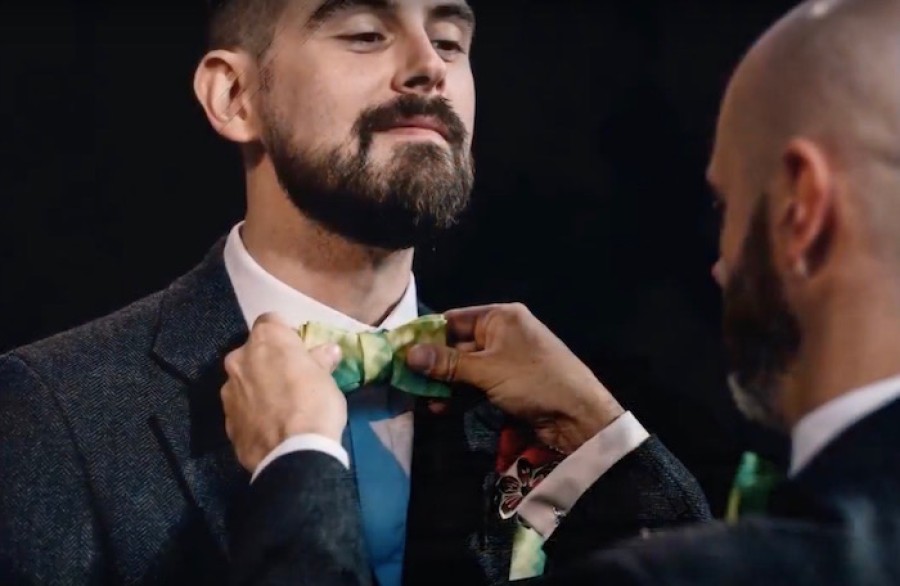 Small details: it was a bow tie that inspired the wedding's colours and themes

In a commentary alongside her film on Youtube, Carole-Ann gives an insight in to the couple's creative process.

"Elizabeth + Dominic styled their wedding on Dominic's bow tie. Yes. His bow tie which he bought it from Mrs Bow Tie.

"It was the first item they purchased post engagement. He loved it. Elizabeth saw the charm of it.

"Why not take things from there? Thereafter, the couple styled their wedding quirky accents." 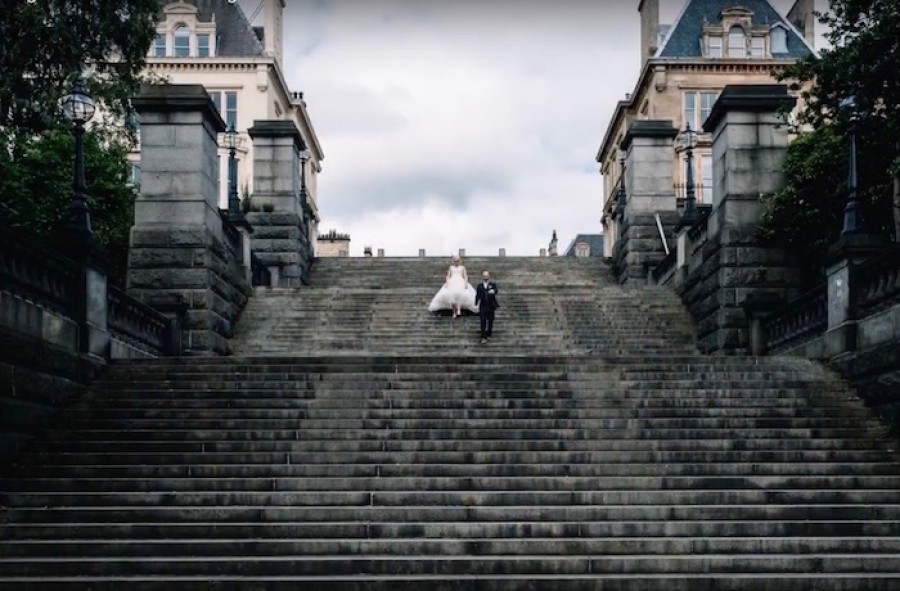 Stepping out: the newly-weds took in the sights between the ceremony and evening celebrations

The colours and designs were included in bespoke paper bouquets, button holes along with other key pieces.

Perthshire-based Carole-Ann said of the couple: "Sharing a love of their city and, more specifically, the West End of Glasgow, they opted to get married in the iconic Cottiers.

"As much as I enjoy outdoor weddings (elopements in the hills of Glencoe, converted barns and steading weddings) I love stylish urban weddings just as much.

"Cottiers afforded me plenty of opportunity to be creative.

"Following on from their Humanist wedding ceremony, we jumped into the camper van and made our way to Park Circus by Kelvingrove Park. 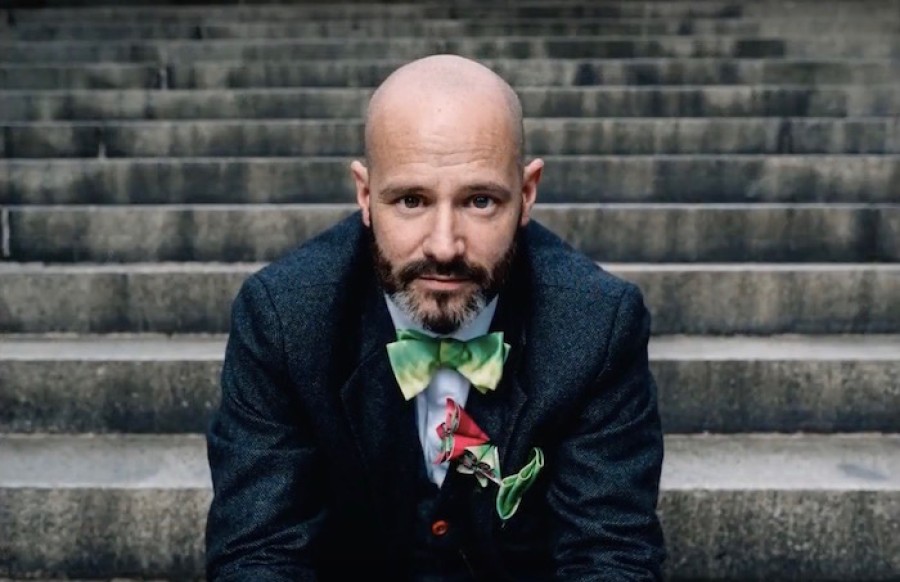 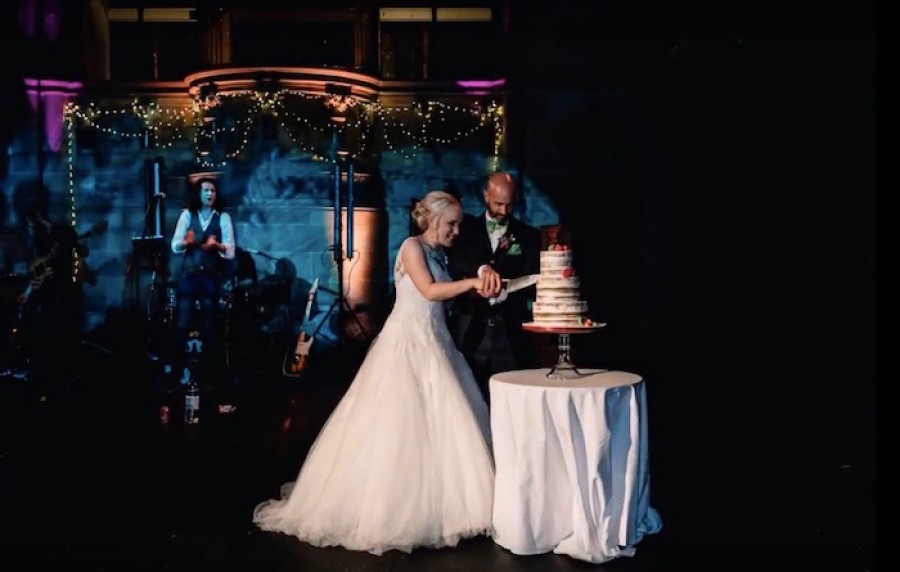 Slice and easy: music plays a big part in the festivities at Cottiers

"It was easy making relaxed candid portraits of Elizabeth + Dominic.

"For most of the time, they forgot I was there."

Carole-Ann has been shooting alternative weddings since 2012 and unconventional family lifestyle sessions since 2000.

"I'm fortunate enough to photograph the most alternative Scottish weddings and theirs was no exception.

"It was such fun wandering about Park Circus between their ceremony and reception at the iconic Cottiers."