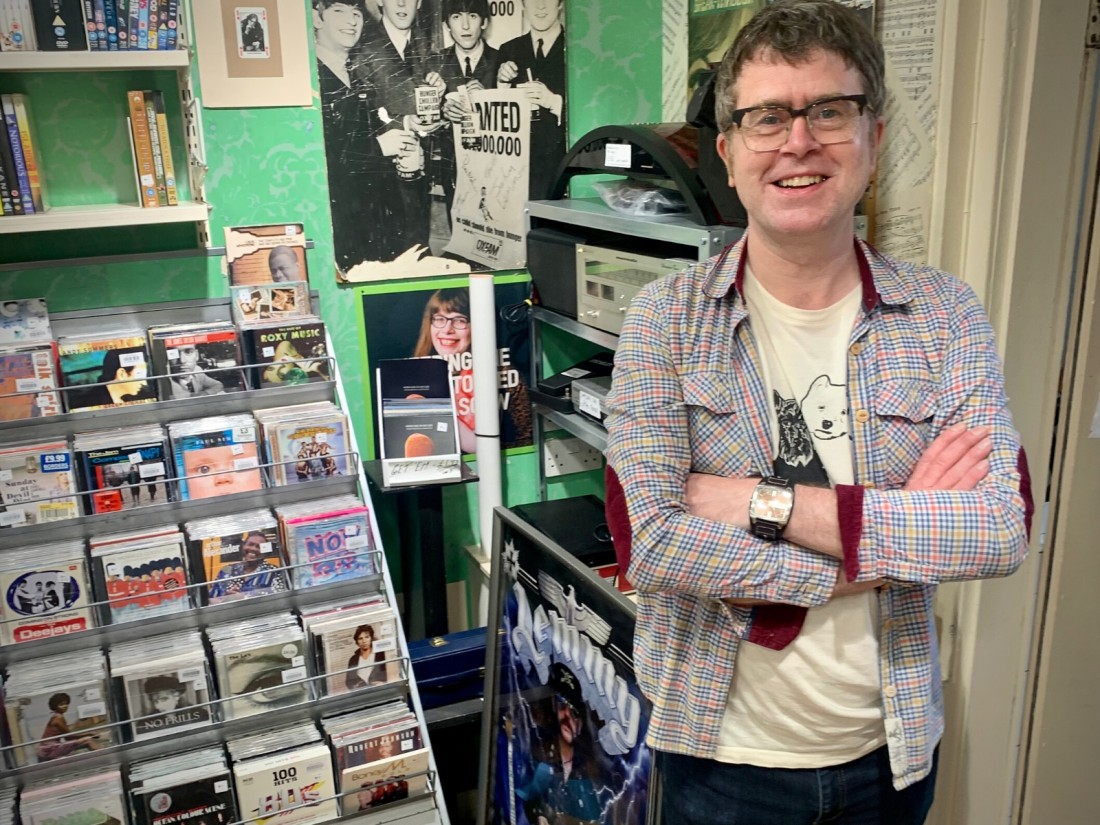 Oxfam Music store on Byres Road is one of the busiest charity shops in Scotland. Heather Suttie asked the questions of manager Andrew McWhinnie

The shop celebrated it’s 20th anniversary in July this year. There have been thousands of volunteers over the years and at any one time we have a team of 40 who help us do what we do. Our generous helpers come from the local area and some from the wider global community: Africa, Australasia, America, Asia, and Europe. None from the poles yet but that might happen. The effects of Brexit certainly impacted the diversity of cultures but we still have an interesting mix of characters both sides of the counter.

I have never been bored even once and I have been here since day one as a volunteer and now as manager. I imagine other environments have their own cultures but I would say ours has created it’s very own micro-cosmos where people swap info, opinions and stories all day, every day. I am certain this is peculiar to record shops (I imagine nail bars and poodle parlours will have it too) but ours has its own aura.

We have to be inclusive to all as we sell what’s given to us. We take help where given. Unlike others, we can’t choose what makes us look hip. We wouldn’t want to anyway as both myself and Lisa (deputy manager) delight in the weird and enjoy nothing more than finding new homes for it. 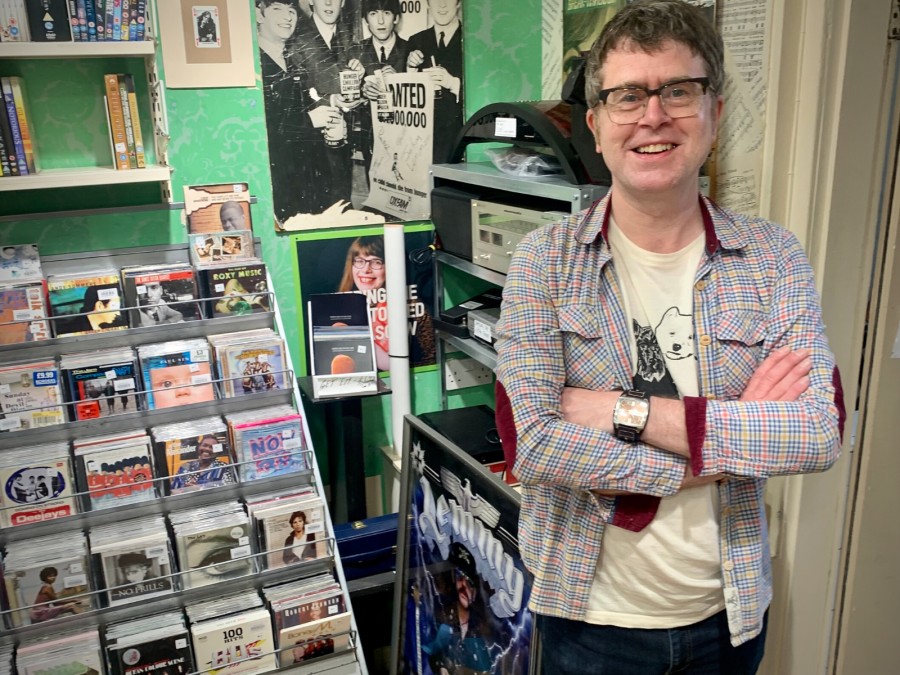 'Unlike others, we can’t choose what makes us look hip'

We sell about 1,000 items per week and pass on old stock by the barrel load.This means we are putting out four-figure units of product a week so it is constantly changing. We have Grant who comes in on Thursdays and is the only one allowed to test electrics so Friday might be a good time if you need some audio gear. John has been here for 20 years and concentrates on keeping the classical section primed and pruned.

We are rather pleased that our largest ticket item is still the Celine Dion cassette we sold for over £750. It was a promo item donated by a DJ and dear friend to the shop. It came in a presentation box with the line “you may not know the name but you will never forget the voice!” It also had a ticket for The Tunnel in Glasgow where she was playing on her first British tour. It sold online to a Californian gynaecologist which I never tire of retelling.

I imagine other environments have their own cultures but I would say ours has created it’s very own micro-cosmos where people swap info, opinions and stories all day, every day

We also got £1000 for some original photos of the Stones this year. They were found in a programme for Jesus Christ Superstar, which was nice. We have had celebrities call in but I feel it would be un-GDPR to unveil their full titles. Suffice it to say we’ve had Jarvis, Thurston and Seasick amongst others. Billy was outside and signed some Humblebum albums.

There is another very good specialist music Oxfam in Stockbridge, Edinburgh run by Jamie and his equally lovely crew. Aberdeen and Troon also have very well stocked music departments well worth visiting. Here on Byres Road, we are very much reliant on the charity of strangers. 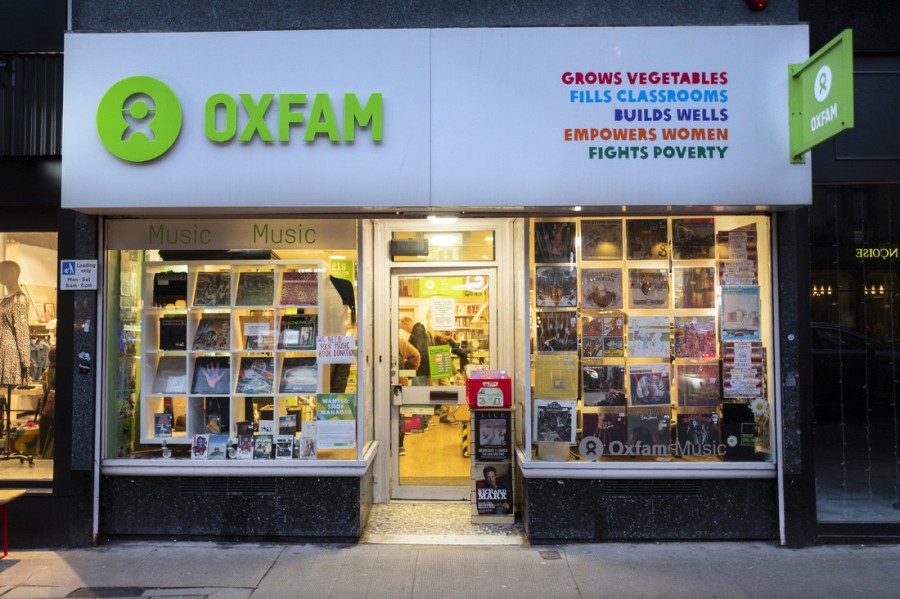 We pride ourselves on never knocking back anything of a musical nature at any time. Musical entities are being pumped out front constantly but the Saturday afternoon boys are especially keen at finding treasures of a vinyl persuasion.