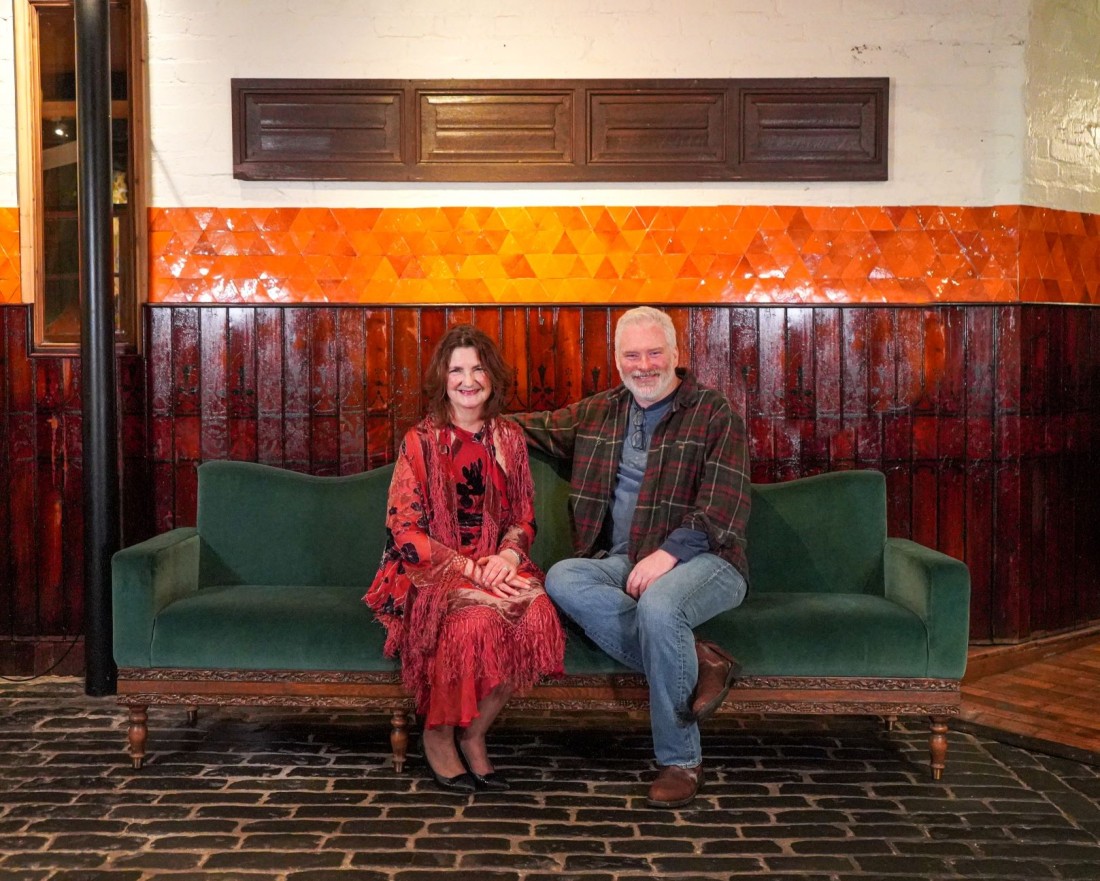 Lockdown overshadowed a milestone for Glasgow institution The Ubiquitous Chip. With inside dining resumed, proprietors Colin Clydesdale and Carol Wright are now ready to celebrate 50+ years of dining service. Words by Cate Devine

It was also the year that Ronnie Clydesdale, a manager at the Black & White whisky bond in Glasgow, opened the Ubiquitous Chip restaurant in the city’s West End – and, by being first to champion Scots dishes and the precise provenance of the Scottish ingredients on his menu, sparked a revolution in the Scottish eating-out scene and pioneered the global vogue for championing fresh, local ingredients.

“No-one else really did ‘provenance’ in the 1970s and 1980s,” says Ronnie’s son Colin, who with his wife Carol took over “the Chip” following Ronnie’s death in 2010. “Dad was a keen cook who had travelled in Europe tasting national fare and he’d long wondered why Scots food was not served in Scotland.”

At the original site - a disused electrician’s store-room off Ruthven Lane, on the opposite side of Byres Road from where “The Chip” is now - Ronnie, a self-taught cook who learned from his Islay-born maternal grandmother, used a simple gas cooker borrowed from a friend in Castlemilk to create dishes from his grandma’s cookbook such as Oban-landed cod, Mallaig-landed squid with conger eel and bacon, Perthshire wood pigeon, Orkney salmon, salted ling, clapshot and beef hough - quite a departure from the city’s top restaurants at the time, which were either Italian or French. 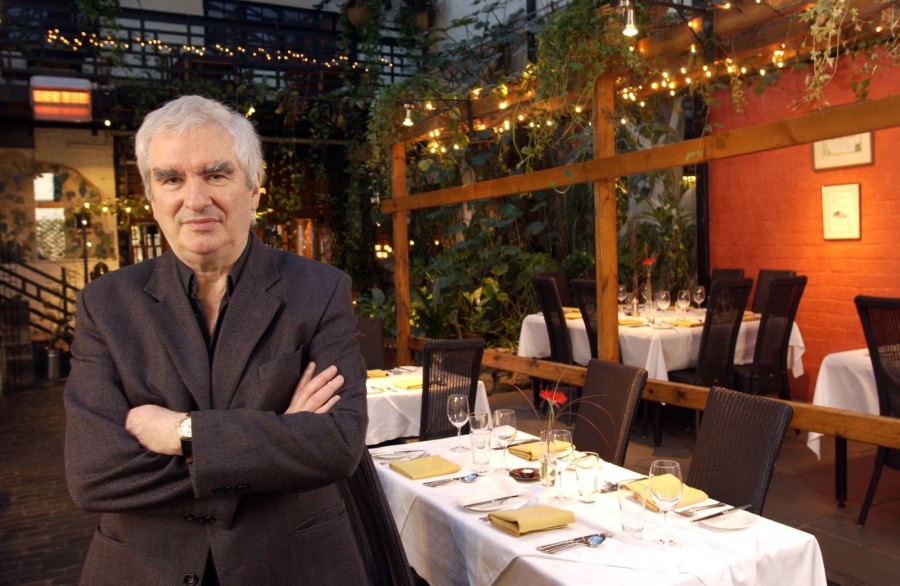 The restaurant’s jokey title was intended to discombobulate, and succeeded in confounding assumptions that, since this was Glasgow, chips would be on the menu – which they decidedly weren’t (at least not until more recently). The Ubiquitous Chip soon became the go-to place for a liberal, bohemian, arty crowd: Mick Jagger, Princess Margaret, Kylie Minogue and the Stranglers were among famous early customers alongside BBC Scotland creatives and Glasgow University academics. At that time Kaftans, kipper ties, flares and platform clogs were de rigueur attire on Byres Road and beyond. Despite some serious existential challenges, the restaurant has prevailed for over 50 years, making it one of the longest-established family-owned restaurants in Glasgow, and an increasingly rare phenomenon in post-pandemic Britain.

Indeed, lockdown forced not only the postponement of the half-century celebrations last year, but in March 2020 it forced the closure of the restaurant for the first time in its history – a situation which Colin described to me at the time as “horrific” because he feared for the future of his father’s legacy. During the pandemic they opened a pop-up shop that sold fresh produce and ready-made cocktails, and launched a delivery meal box service.

“Over the years The Ubiquitous Chip has overcome many difficulties,” he said. “My dad used to tell me I couldn’t imagine the awfulness of the three-day week, power cuts, the Army picking up rubbish bins and the Winter of Discontent of the 1970s, but this one trumped them all. It was a horror story that beat everything that went before.”

Colin spent much of his childhood at the Chip before training as a chef from age 16. “I have a clear memory of the very early days, when I was a young child, catching wasps in a jam jar with the incredibly glamorous waitresses, who all wore long Laura Ashley skirts, Afghan coats and big hair,” he recalls.

“There was always a vibrant, hectic atmosphere in the restaurant at lunchtime and we’d serve macerated beef and tapenade, or shellfish bisque with grated ginger and cream. In the 1970s and 1980s lunch would last all afternoon and into the evening. 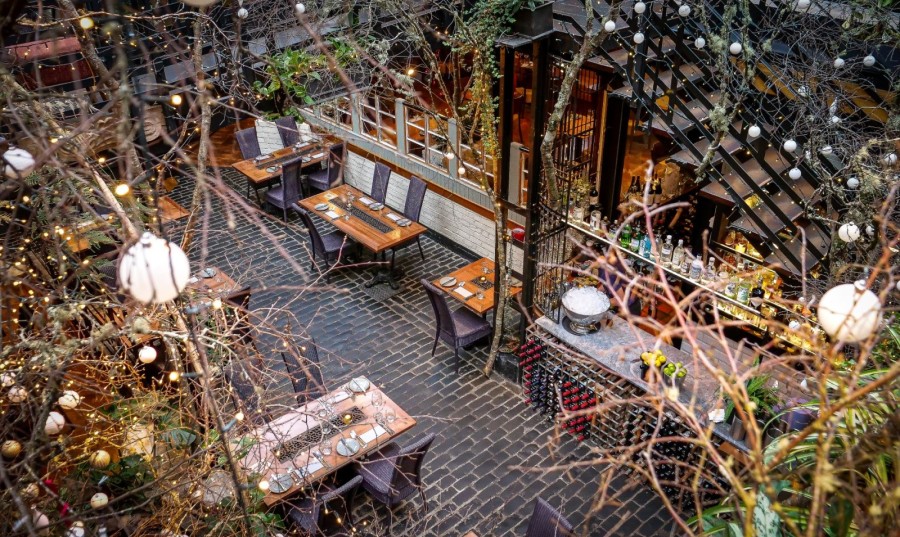 “There was always a vibrant, hectic atmosphere in the restaurant at lunchtime"

“I remember The Stranglers coming in when I was about 12. They arrived wearing gas masks on their foreheads, and wore leather waistcoats without shirts. They were sitting drinking beer all day until they saw the wine list. Then they sat up, took off their masks and started asking very intelligent questions about the wine and the food.

“Stewart Copeland of the Police once asked dad if he could buy one of our newfangled cafetieres and dad replied that if he autographed a napkin for me, he could have it for free.”

High-waisted flares and clogs - which had their first fashion outing in the 1970s - are once again in vogue with the younger in-crowd that now frequents the Chip. Carol says, with some satisfaction: “We’re seeing it all coming round once again. I guess it’s like coming full circle.”

That Colin and Carol - who first met in the 1980s when they both worked at the Chip before launching its sister restaurant Stravaigin in 1994 where Carol was general manager - have managed to keep the Chip as vibrant as it was before the pandemic is testament to their determination to stay true to its roots while keeping abreast of the changing food culture. It’s no exaggeration to say it is a huge achievement.

The challenge has also applied to the menus, of course. The A La Carte and Testing menus in the leafy cobbled courtyard offer stalwart Chip staples, though with modern influences that Ronnie perhaps would not have imagined: Shetland cod endures, with lardo and wild garlic; Loch Melfort Sea trout is served with kohlrabi, sesame and miso; Barra scallops come with sweetcorn bhaji with vadouvan Indian spices; Borders lamb with crowdie gnudi dumplings; and the famous Caledonian ice-cream is still there with oatmeal and local honey and bramble but with added yoghurt caramel and on-trend whey. 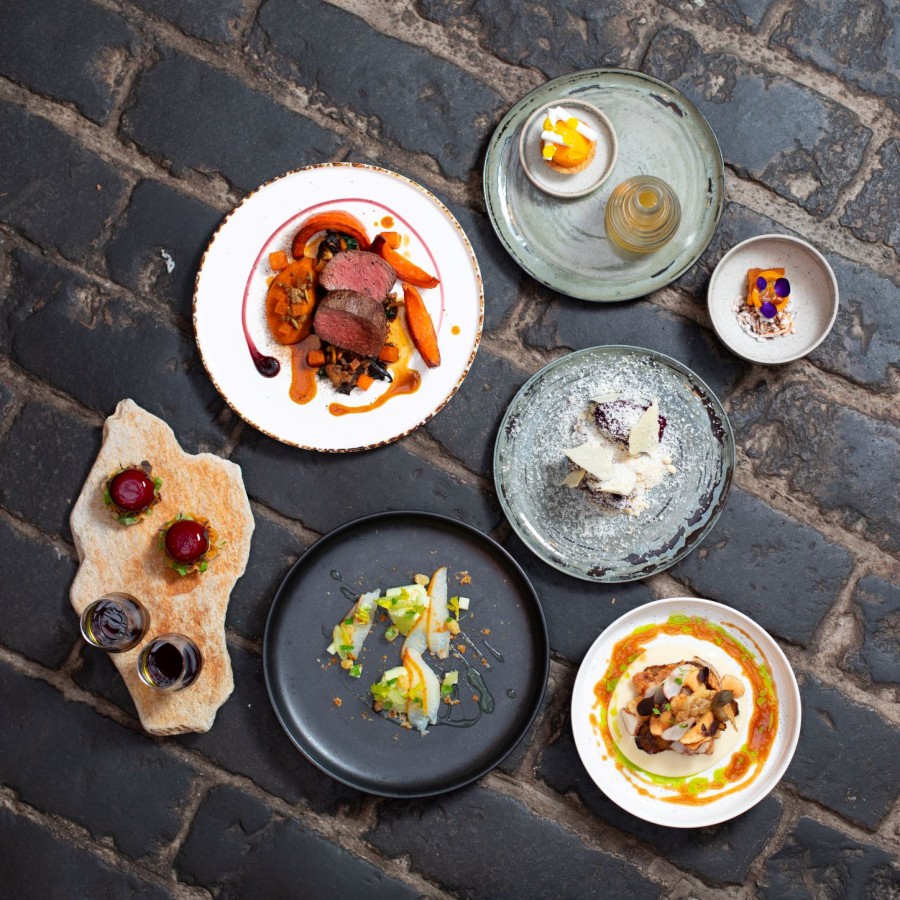 “It’s still Scottish, but we do amazing things such as Vietnamese curry with local produce”

The mezzanine Brasserie serves The Chip’s own venison haggis with neeps and tatties (a dish that’s never been off the menu), ox cheek with parmesan polenta, rump steak with chimichurri; and a variety of sharing boards of East Coast Cured charcuterie, Morangie brie, fish … and a side option of hand cut chips.

Chips came back onto the menu during Ronnie’s later years when he was no longer cooking. He was the one who would be free when a customer asked for chips, so anyone who ate at the Chip in the first decade of the 21st century would have had them cooked by Ronnie himself.

“The menu has developed brilliantly under head chef Doug Lindsay and the team – what it offers is quality, and it’s much more foodie now than it ever was,” said Carol. She acknowledges Far Eastern influences. “It’s still Scottish, but we do amazing things such as Vietnamese curry with local produce,” she says. “It’s not as puritanically Scottish as it used to be.

“What has also changed is how we do it,” she adds. “The main restaurant still does a starter, main course and pudding menu and a tasting menu. The Brasserie offers small plates that come to the table when they’re ready. That’s how young people eat. They want to mix it all up and try different things. That’s really hard to do for the kitchen. It has to be run more formulaically. Now one table can have as many 16 dishes! It’s more work for the waiting and the kitchen staff. But that’s people’s preferred way of eating. In many ways it’s like we’re starting again.” 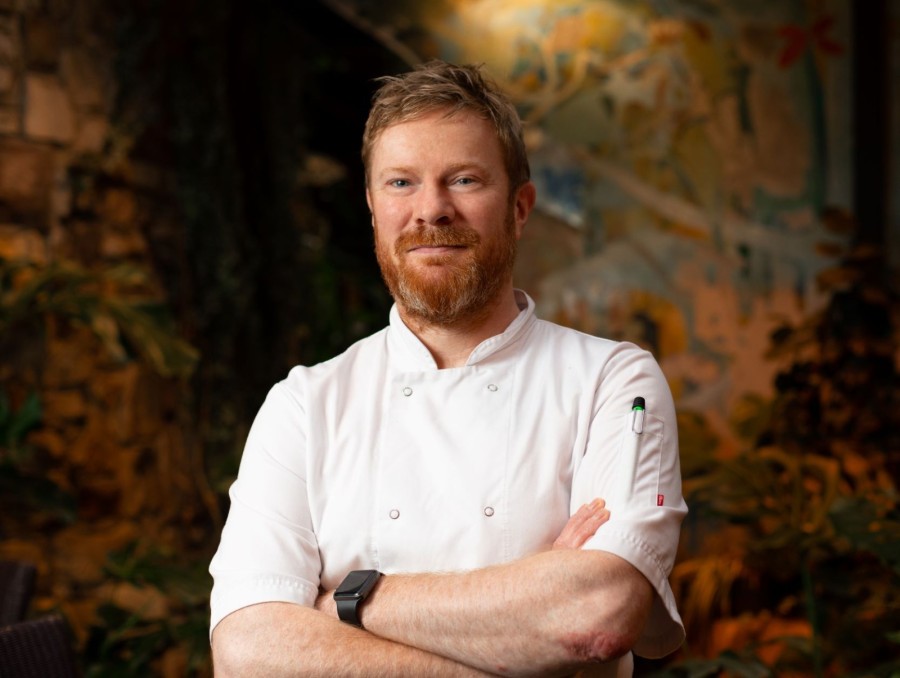 Like elsewhere in hospitality and other industries post-pandemic, staffing is a challenge but it’s one that appears to be being managed well. “It’s a different pressure than before the pandemic,” says Carol, echoing many high-profile commentators in the industry. “Being shut was hugely stressful because it was out of our control. Now finding staff is difficult because people don’t want to work in hospitality. We have to make it a proper profession for both front-of-house and back-of-house. We have to make people go into it as a career, not just to fit in between university or college courses or before something else.”

How do they feel now that they have celebrated, albeit belatedly, the restaurant’s 50th anniversary in such robust health? “It’s like an affirmation that we’re doing something right,” they say. Cheers to that, we say.

Advertise your event in print and online

Reach more people in the West End of Glasgow

Is saving energy and money up your street?

Solid wall and underfloor insulation are among potential improvements