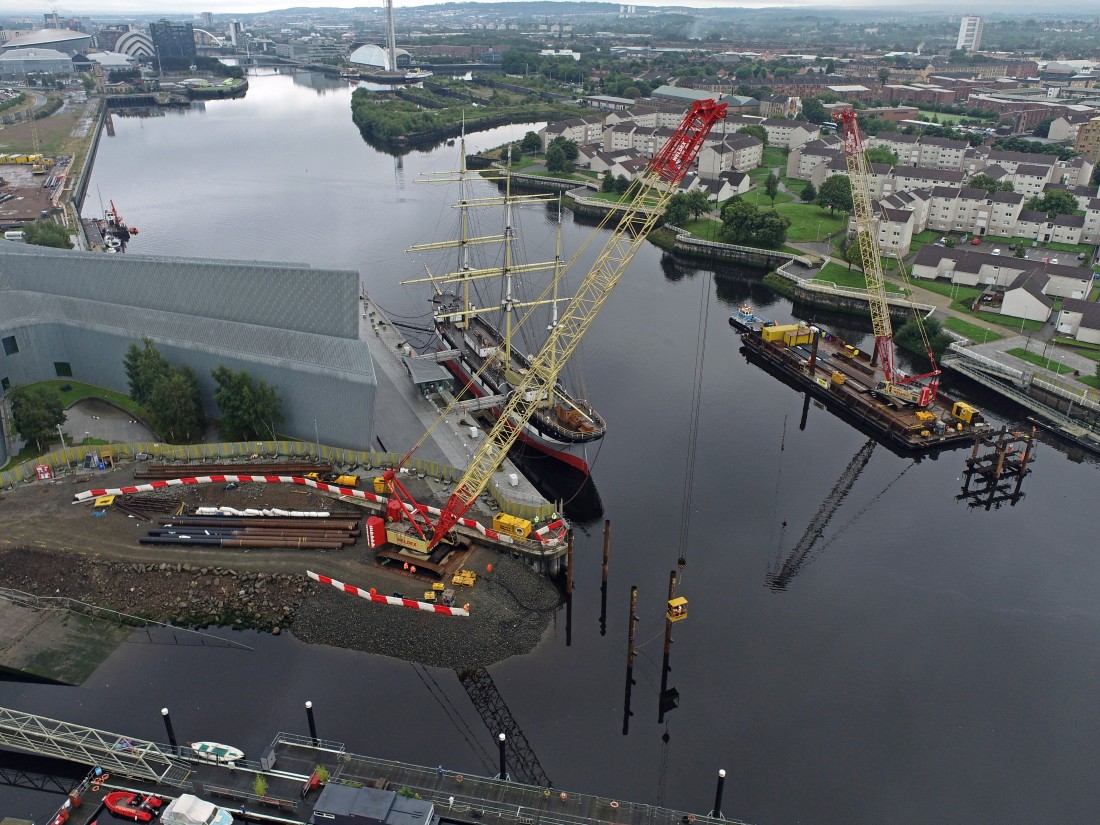 First steel pile is fixed at site of landmark bridge

The first steel pile has been successfully positioned at the site of a new river crossing on the Clyde.

The landmark stage was recorded off Pointhouse Quay where Farrans Construction is working on the £29.5 million Govan Partick cycle and footbridge.

Farrans Project manager David Buchanan said work was on schedule and the pile was the first of many.

“Piling works will be ongoing from now until next June and July, not continuously but in periods alongside concreting work.

“To be involved in the building of what will be an iconic structure in the city is wonderful.

“We hope the bridge will mean a lot to communities on both sides.“ 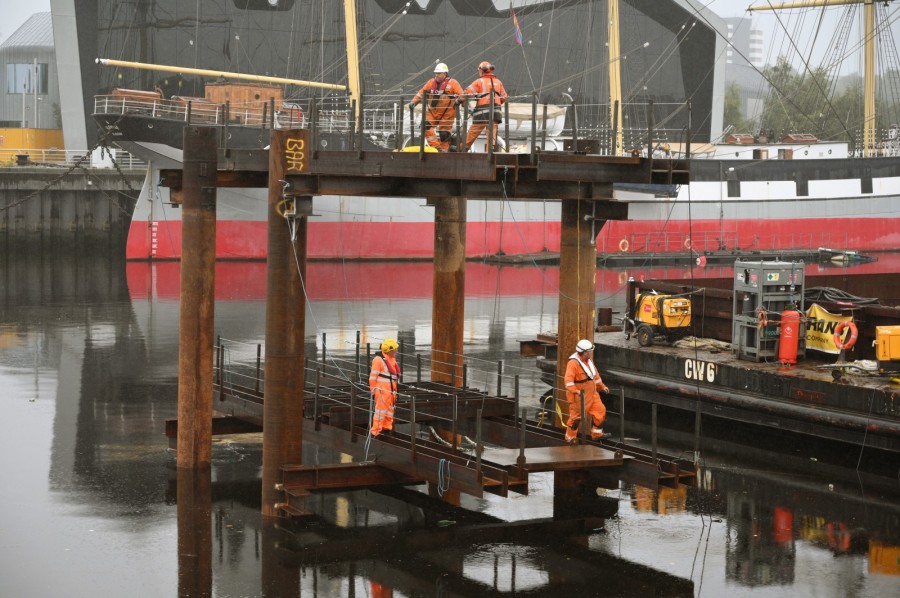 The first of the steel piles are now in place. Photo: Farrans / White House Studios

Two giant cranes are in position, one at Pointhouse Quay by the Riverside Museum and one on a giant flat-top barge.

Piles will be positioned to extend the quay wall by the museum to create a new line for the bridge crossing.

Coffer-dams will be constructed on either side in the river to create safe areas for construction of the bridge piers fixed into the riverbed.

The steel span structure which is being fabricate in Belgium, is scheduled to be transported over and positioned on the Clyde next autumn. The bridge is due to open in 2024.

The crossing will link the two historic former burghs creating a 20-minute connection by active travel and opening up job opportunities for local people.

The link is part of a wider plan to create a city economic zone that takes in the Queen Elizabeth University Hospital and the University of Glasgow in the West End and at at proposed new health innovation campus at Linthouse. 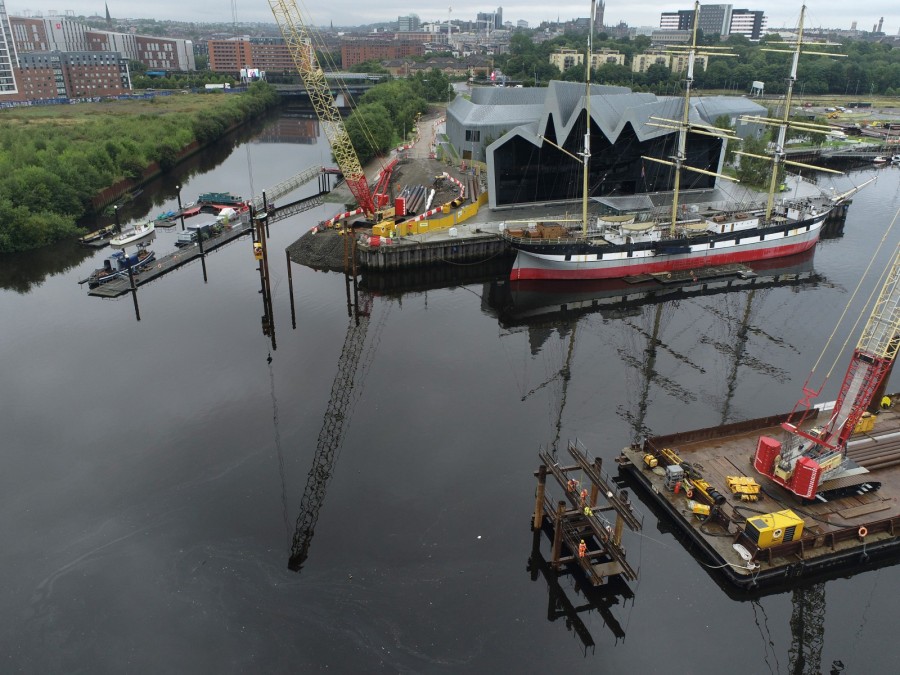 Councillor Susan Aitken, Glasgow City Council leader and chair of the Glasgow City Region Cabinet, said: “The work on the Govan – Partick Bridge will lead to the creation of a key connection across the Clyde.

“But this is more than re-establishing a historic connection between Partick and Govan: this will bring real and lasting economic, environmental and social benefit as the project will not only add to the regeneration of both banks of the river, but will become a pivotal link between very significant ongoing and forthcoming projects stretching from the University of Glasgow to the Queen Elizabeth University Hospital.

“The bridge will also make it easy for people to cross over the river, encouraging active travel and boosting visitor numbers to Govan and the West End.”