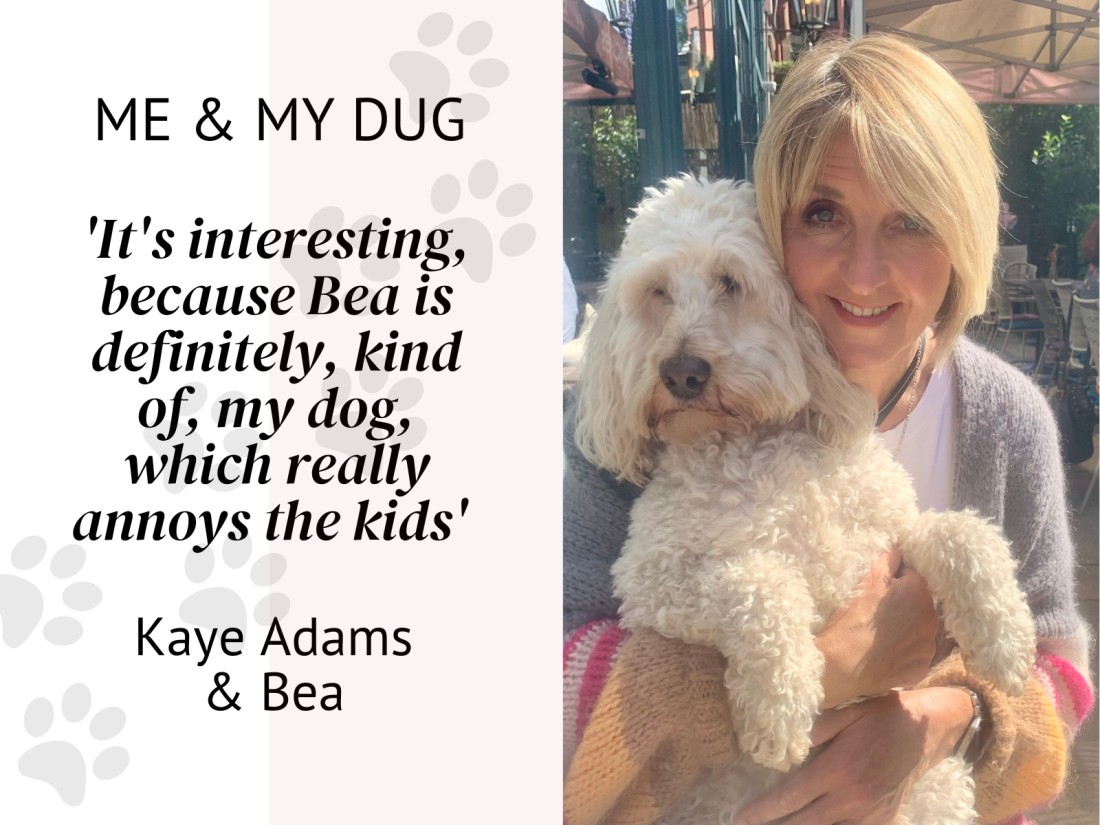 Me & My Dug: Kaye & BeaHeather Suttie

I've lived in the West End forever and that is an official definition of time. Since I came back to Glasgow, which was in the late 80s, I have lived here. I was in Birmingham before that. I live with my partner Ian, and my two children Bonnie and Charly, though Charly is at university in Edinburgh, so she comes and goes. The favourite member of my household, Bea, my cockapoo, is my emotional support animal.

Bea is nine, and I think you'll agree she looks fabulous. When we went to see the puppies, we thought we were going to bring back Nico and Bea. We wanted to take two pups and we thought those names worked well together. Then on the way home we decided, let’s opt for one, and that was Bea. 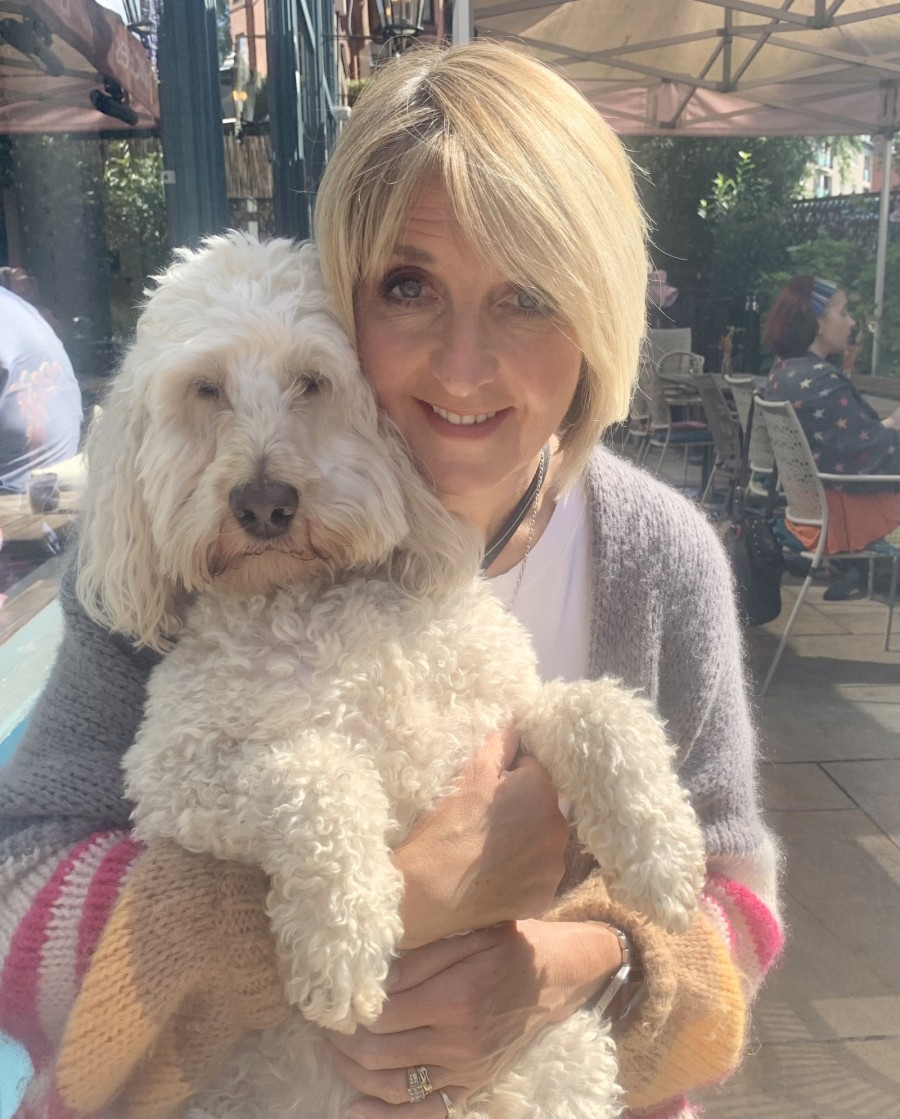 'Bea is my emotional support animal'

It's interesting because Bea is definitely kind of my dog, which really annoys the kids because, of course, they wanted the dog and I reluctantly gave in. But she kind of puts me at the top of the pecking order, which I absolutely love and milk it for all it's worth. And everyone else in the family gets upset. We all feed her but I would have to say it's Charly, my eldest daughter, who's the best at things like cleaning her eyes.

When we’re away we have two very dear friends who look after Bea. There are some lovely kennels but Chris and Denise take turns, and they both love having her. It makes such a difference to know that she is with people who absolutely love her and she absolutely loves them. So that makes going away a lot easier.

When we went to see the puppies, we thought we were going to bring back Nico and Bea … Then on the way home we decided, let’s opt for one, and that was Bea.

I spend all weekend tramping the streets with her. And do you know what? For nine years I've gone the exact same route. Absolute Roasters is very good. I do recommend their dark roast. Planet Blonde on the other side of the road I haven't tried yet, but it looks really nice. I’m a huge fan of Eusebi and the wonderful Giovanna and her team. I also love Paper Cup. So you can tell I'm having a coffee everywhere I go.

As for parks, Kelvingrove is my favourite. And it's funny, before I had Bea I don't think I set foot in there because at that time, it had a bit of a strange reputation which I don't even know was justified or not. Sometimes I walk through the Botanic Gardens and go by the river, but Kelvingrove is always my preferred place. 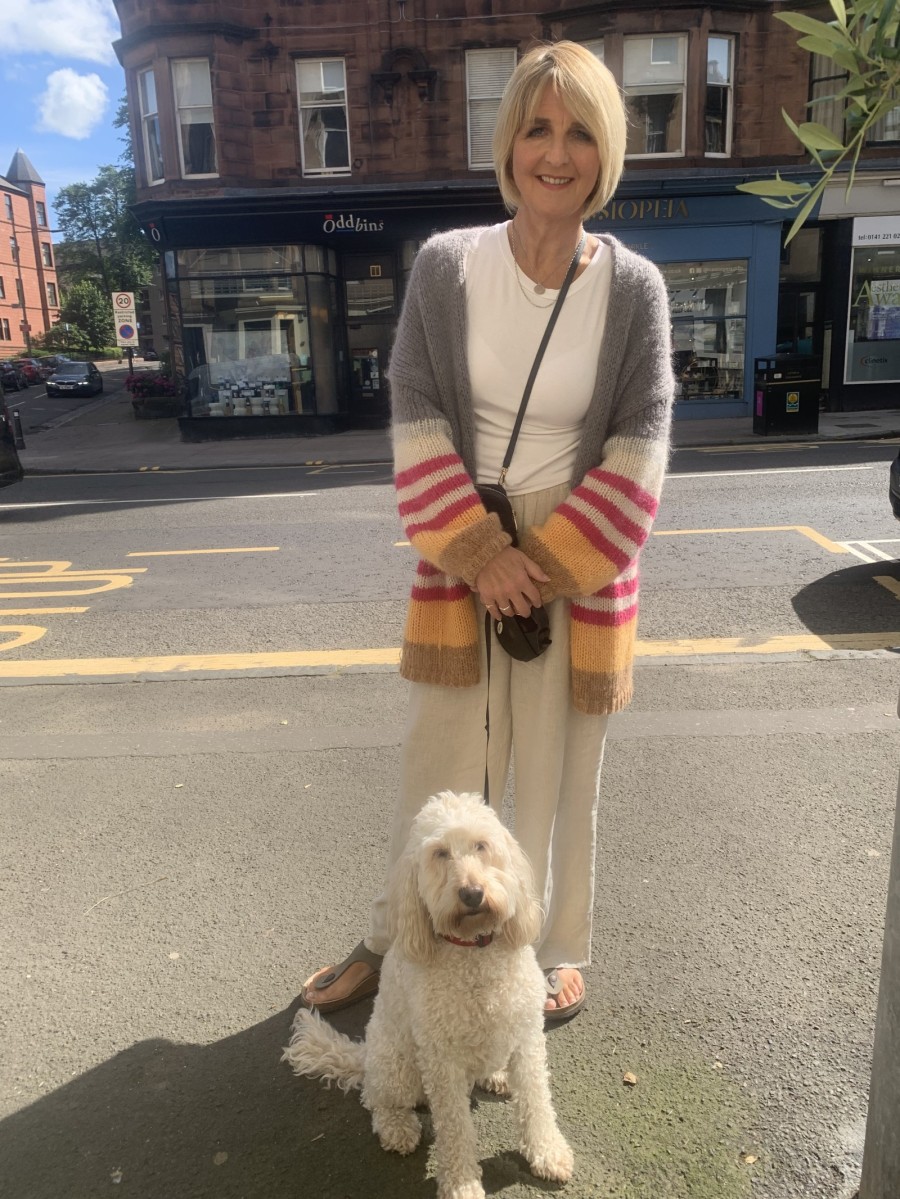 'Bea is nine, and I think you'll agree she looks fabulous'

The work diary is busy, which is good. The podcast ‘How To Be 60’ has been a revelation, actually. I'm really enjoying it to the point that, for some reason, in a moment of madness, I was persuaded to do two live dates at the Edinburgh Festival Fringe. So in my 60th year, for the first time ever, I am at the Fringe.

Kaye Adams presents Call Kaye on BBC Radio Scotland, and ITV’s Loose Women. Her podcast How To Be 60 is available on Amazon Music, Audible, Apple and more.
Share this story