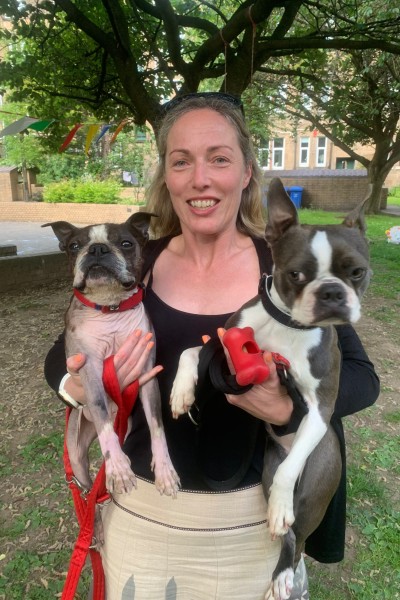 Maisie McCormick is a community fundraiser for Beatson Cancer Charity who lives in Broomhill. She tells Heather Suttie about her dogs, Cyrus and Roxy

Which dog did you get first?

Cyrus McCormick, or Cyrus the Great, is the original gangster. He is a Boston Terrier and he is eight years old. We met Cyrus in a beer garden. The lady he was with explained he was the last of the litter. That was on the Tuesday, and we got him on the Saturday. So we didn't actually buy him from a beer garden, just to clarify, don't judge me.

Cyrus has something called Cushing's disease, which is why you'll see from the pictures he is very bald and cold and shivery, but he is quite happy. He’s on medication every day for the rest of his life which makes his skin very dry and papery, but he's pretty chipper.

And when did Roxy come on the scene?

A year past October we travelled to Liverpool to pick up Roxanna aka Roxy. She's such a lovely dog, but she's really hard work. She’ll be two in August. She doesn't like being left on her own and she barks at everything. She also likes to chew things and eat everything, including poop. She is generally highly strung and a very nervous dog. Cyrus is the opposite. I wouldn't change it for the world but oh my goodness, that was a baptism of fire. 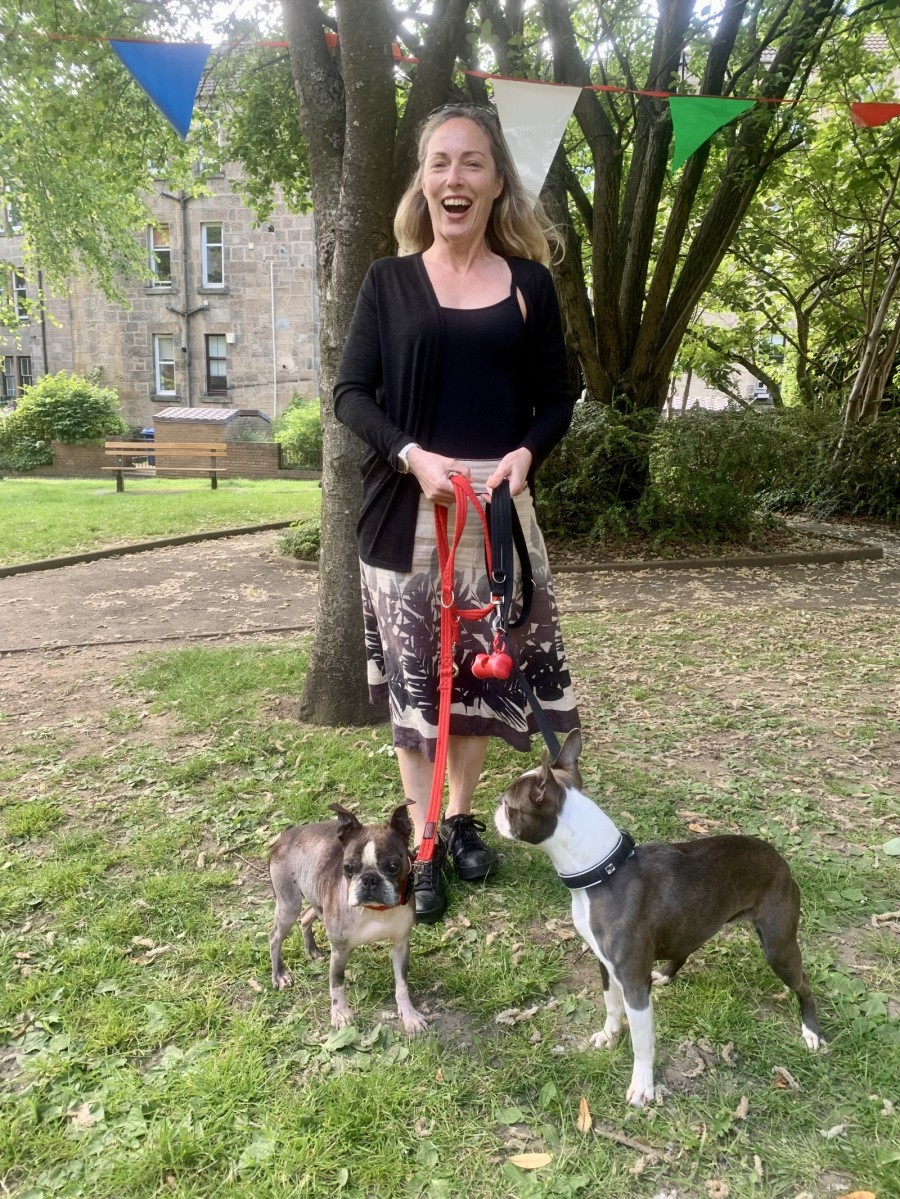 Who looks after Cyrus and Roxy when you’re out?

I'm lucky in that we're a dog friendly charity and I can take them to the office, if I need to. We also have an “ambassadog” at Beatson Cancer Charity too. He’s a little Bichon Frise called Milo and he’s super cute. Despite the fact Roxy doesn't like to be left alone, I can leave them at home. She just sometimes makes a bit of a racket about it. If I leave them treats to find she will be ok.

What do you love about living in the West End?

It’s a game changer to be able to sit outside in the sunshine. With hybrid working, I can a take my lunch break and head out into the gardens, which is phenomenal.

I'm lucky in that we're a dog friendly charity and I can take them to the office, if I need to. We also have an “ambassadog” at Beatson Cancer Charity too.

They don't need a lot of walking and we have a green space here in the gardens so if I'm not really feeling it any day to go for a longer walk, they get the vibe and if I feel like I fancy a duvet day, they're like, yes Maisie, we’re with you. We go to Victoria Park regularly, and love Dawsholm too, they are superb green spaces which we’re lucky to have very nearby.

Do you organise dog friendly events at Beatson Cancer Charity?

The biggie for me in the community team is “Off the Beatson Track” which is our flagship event. It's a 6.5 mile walk around the West End, starting and finishing at the Riverside, and we turn it into a fabulously fun, family friendly day. It's dog friendly and accessible too and takes place on August 28. We don't ask people to raise hundreds of pounds, we just want it to be as inclusive as possible and bring everybody together after two difficult years. I'm absolutely buzzing about that. It's really exciting to have events back!

Me And My Dug: Colin McCredie & Lulu

Or West End dogs and their owners