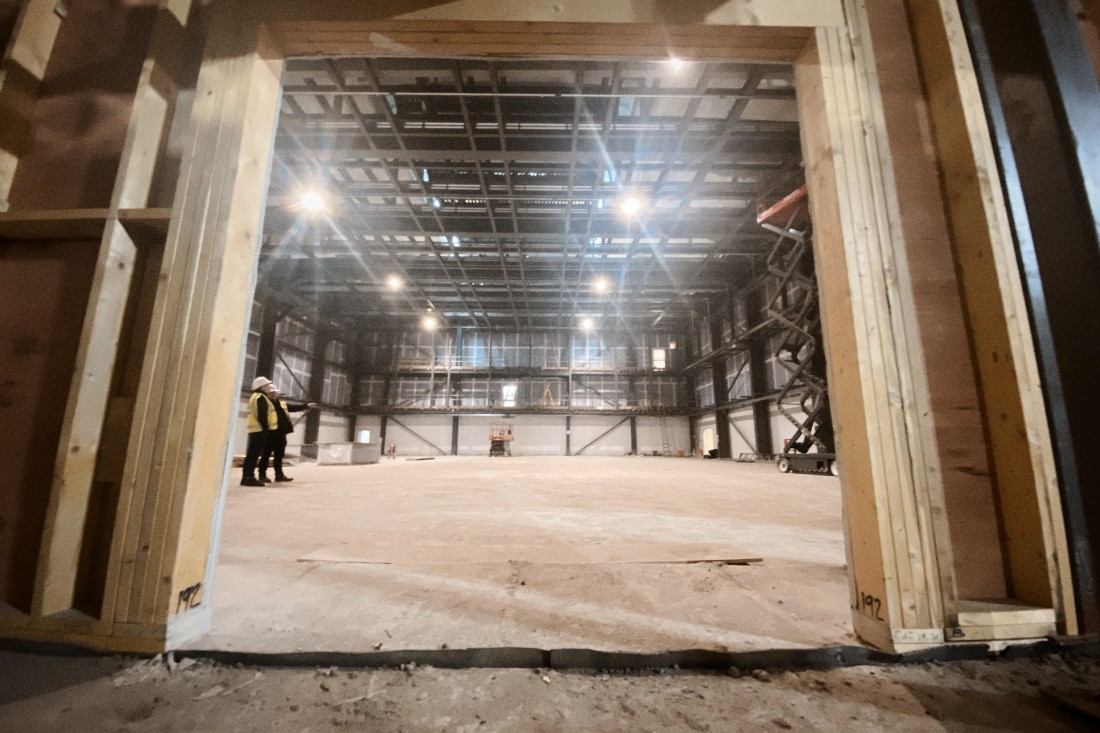 Work is well advanced on a new state-of-the-art television and film studio in the heart of the West End.

As these pictures show, a giant “studio box” steel structure has been erected and sits independently within the listed structure of 'hall three' inside the historic Kelvin Hall.

The complex, which will be operated by a commercial arm of the BBC, is scheduled to be up and running towards the end of the year.

Before then, the 10,500 square-feet floor area will be set with a special covering and made laser smooth to allow multi-tracking cameras to work on the biggest TV productions. 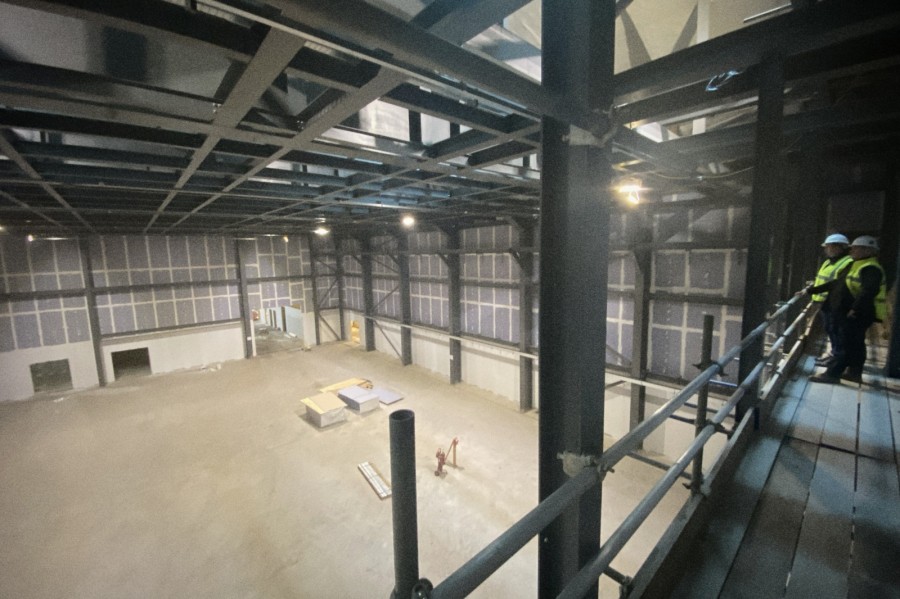 The studio will also be fitted out with retractable audience seating for approximately 500 people.

BBC Scotland's Studio A at Pacific Quay has been producing prime-time shiny floor Saturday night shows with audiences for many years - The Hit List, Catchpoint, Tonight’s the Night, have been made for BBC One network.

Mrs Brown’s Boys, a big Saturday night BBC One show in front of a studio audience, also comes from Studio A.

But the Kelvin Hall studio with give film and TV show makers greater capacity and the ability to scale-up productions.

The “shiny-floor studio” will give Scotland capacity for the first time to produce high-quality light entertainment shows such as Strictly Come Dancing and Ant & Dec’s Saturday Night Takeaway.

At the moment, BBC Studioworks operates two facilities in Elstree and at Television Centre in White City, London where many of the mass entertainment shows are produced.

For the building itself, the new tenants will keep the entertainment legacy of this part of this city well and truly alive.

Kelvin Hall was originally built to house large national and international exhibitions. During the Second World War it was converted into a factory to build barrage balloons and subsequently used to host motor shows, sporting events, and classical and rock concerts. 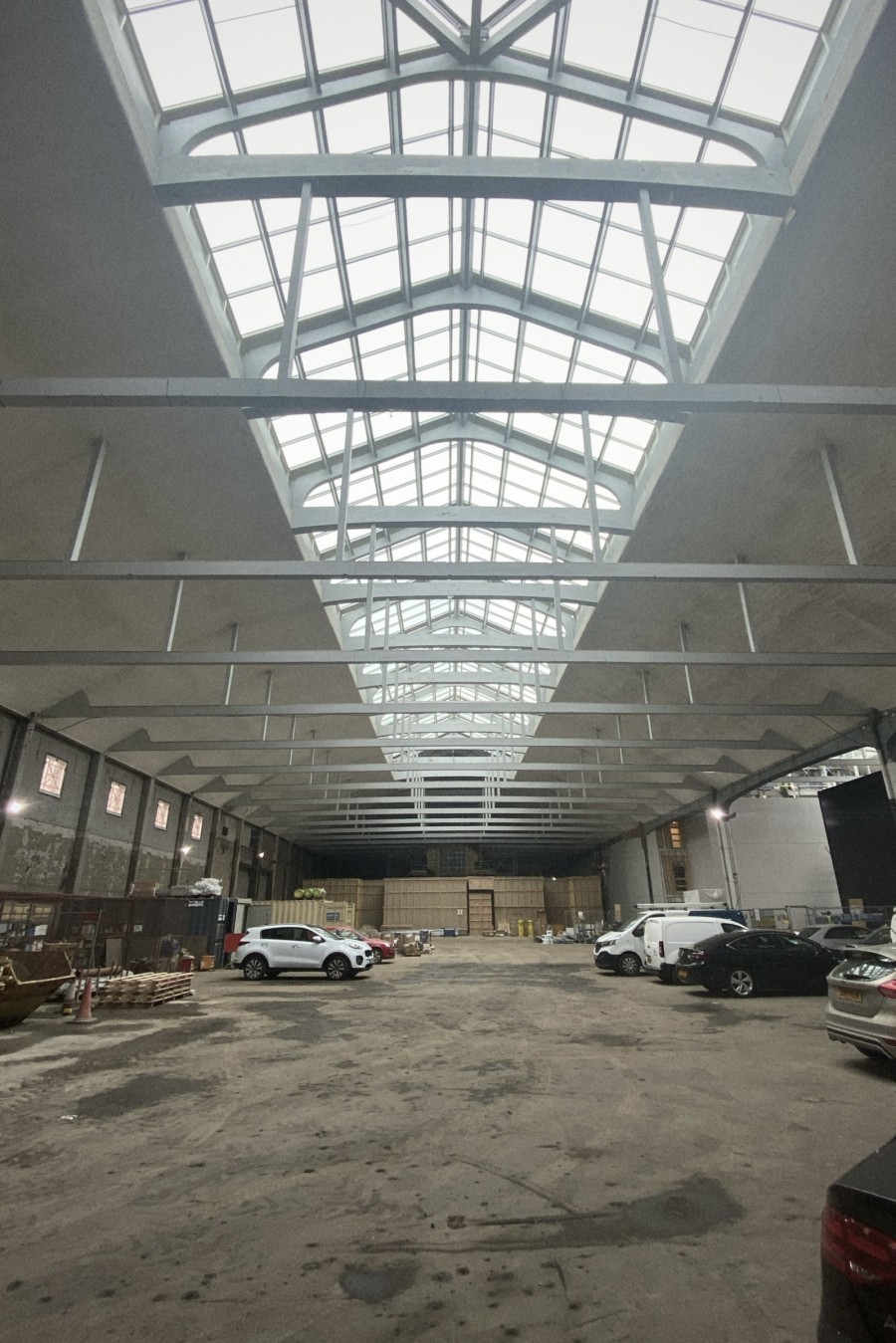 Hall four is occupied by the set for C4's 'Screw'

The first Kelvin Hall opened in 1918 but was destroyed by fire in 1925. It was rebuilt and led a fulfilled life until its closure in 2014.

Phase one of its redevelopment has seen two of its four halls upgraded to exhibition space, a sports centre, and a health and fitness club.

Phase two is the construction of the steel-framed Kelvin Hall Film & Broadcast Hub, which is set within hall number three.

The new steelwork elements occupy approximately half of hall three’s footprint. The remainder of the floor space will become scenery storage areas, while the area to the south of the three-storey frame will cater for seating, bars and other amenities for people waiting to enter the Hub. 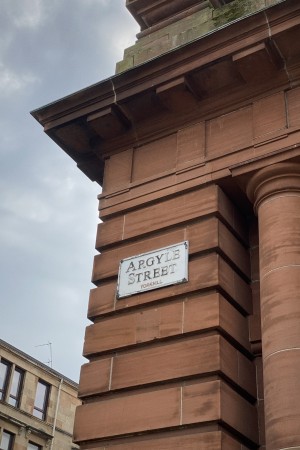 Overall development will also see the renovation of Kelvin Hall’s main entrance and foyer, while further work is planned for the adjacent hall four.

The £11.9m cost is being funded by the Scottish Government and Glasgow City Council. Screen Scotland has worked with all parties involved over the last two years to bring the investment to Glasgow.