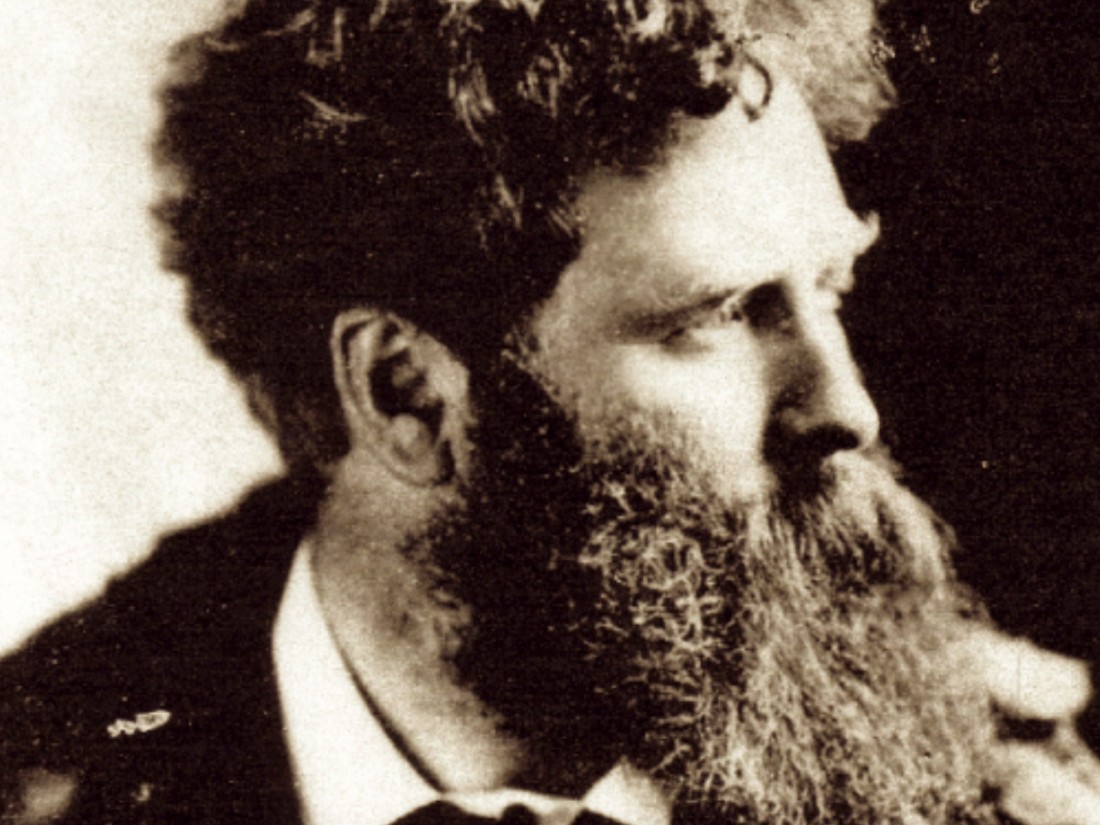 Daniel Cottier was born in Anderston, Glasgow in 1838. His ornate windows and interior decoration became features around the world. Ian Marland looks at his legacy closer to home

Daniel Cottier was an internationally-renown designer. His art and craftwork adorned some of the finest homes and public spaces of the Victorian era.

If Instagram had been a thing back then, this son of a Manx sailor would have had tens, possibly hundreds of thousands of followers across several continents.

His design and interiors company was a global brand. His tote bags would have boasted London, New York and Sydney because that's where he had offices. As a name, he was in demand.

Glasgow-born, Cottier was a disciple of the Aestheticism movement of William Morris and Gabriel Dante Rossini who believed art and design had one purpose - to be beautiful and to represent only physical form, with no moral or political dynamic. His designs, stain glass windows, wall stencils, furniture, interior decor were hugely ‘grammable’.

Between 1864 and 1869, and before he turned his attention overseas, his art furnishing business had branches in Edinburgh, Glasgow and London. And it was in these early years of his ascendency that Cottier was creating some of his most enduring and seminal interiors in his home city. 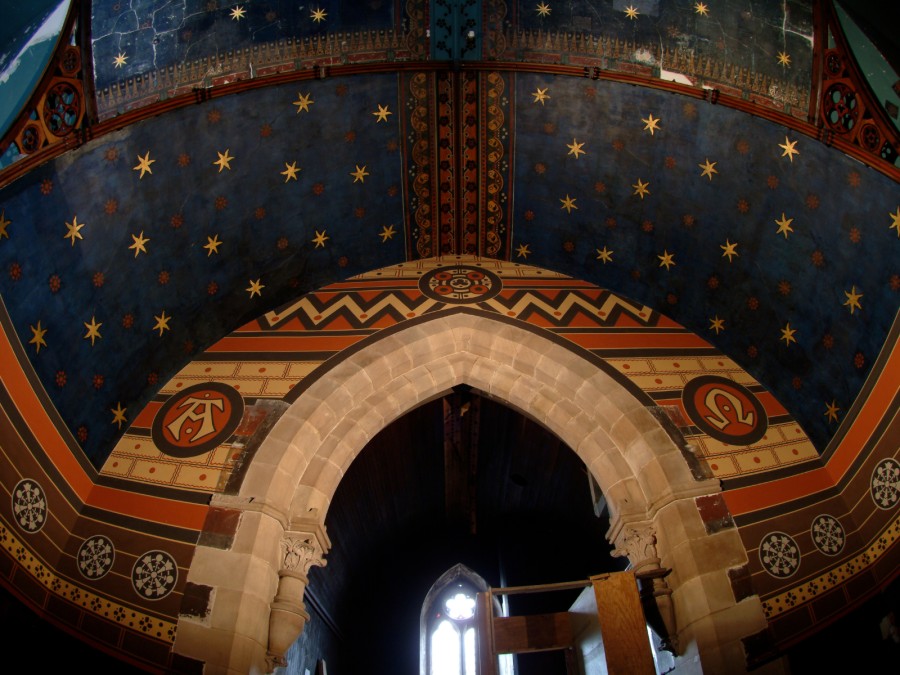 He had been commissioned to decorate the interior of the former Dowanhill Parish Church that dominates the boundary of Partick, Dowanhill and Hyndland.

William Leiper was the architect who created the magnificent edifice with its Gothic steeple, but it was Cottier who gave the building a beautiful heart and soul, and an interior that has been the focus of preservation around the former church building ever since. It was no accident that the bar and theatre that now occupy the building bear his name. And it is no accident that couples choose to get married in its spectacular surrounds.

David Robertson is a director at The Four Acres Trust that owns the former church and has run it as a multi arts venue since the 1980s with a view to safeguarding and restoring the building. It has been a long and involved project to get to the place that people enjoy today.

David said years of work had been undertaken to restore the original decorative wall and ceiling schemes and motifs that Cottier had put his hand to.

Commissioning Cottier had been a big leap of faith for the United Presbyterian congregation back then, and debate remained among its members after the church was built and furnished.

“The church was built in 1865-66. One of the windows is signed by Cottier in 1867. The decorations were done in 1866 and they (the congregation) liked it so much that they commissioned him to do the stained glass.

"But he was asked to come back in 1869 to replace one of his windows. There had been some disapproval about how some of the women were portrayed in the windows. They were a bit too much for some members of the congregation.” 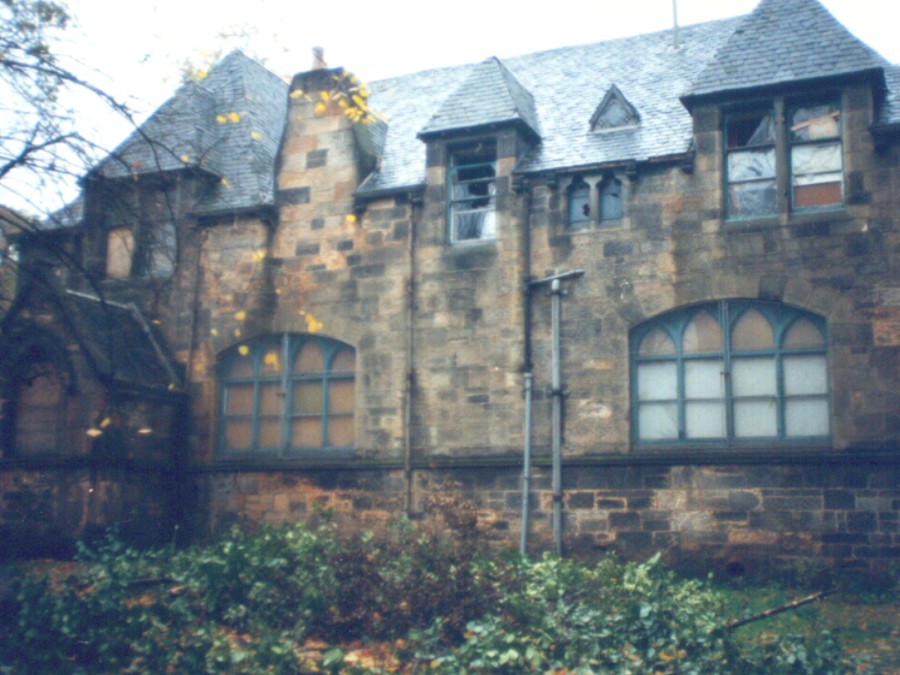 Cottier was inspired by the artistic muses of Rossetti. His female forms were sensual and evocative and were clearly pushing the bounds of the day.

David said: “The congregation was not amused and asked the designer to return and tone down his creation. At first they wouldn’t pay him for his troubles, but Cottier had a family tragedy, losing one of his young children, and the church elders thought they had better pay him.

(Cottier) was asked to come back in 1869 to replace one of his windows. There had been some disapproval about how some of the women were portrayed in the windows. They were a bit too much for some members of the congregation

“After that he went off to London, and set up in business in London, and then New York and Sydney and became internationally known. This building had a lot to do with making his name, along with Queen's Park United Presbyterian Church (Langside Avenue) which was the 'Greek' Thompson building that was fire bombed in the war. He was an exuberant character who made sure people knew his name.”

The building was in a perilous state when it was taken on by the Trust in 1984. In some places, the roof had dropped by as much as six inches due to extensive rot in the timbers. David says the safeguarding of the building had been a technically-challenging process 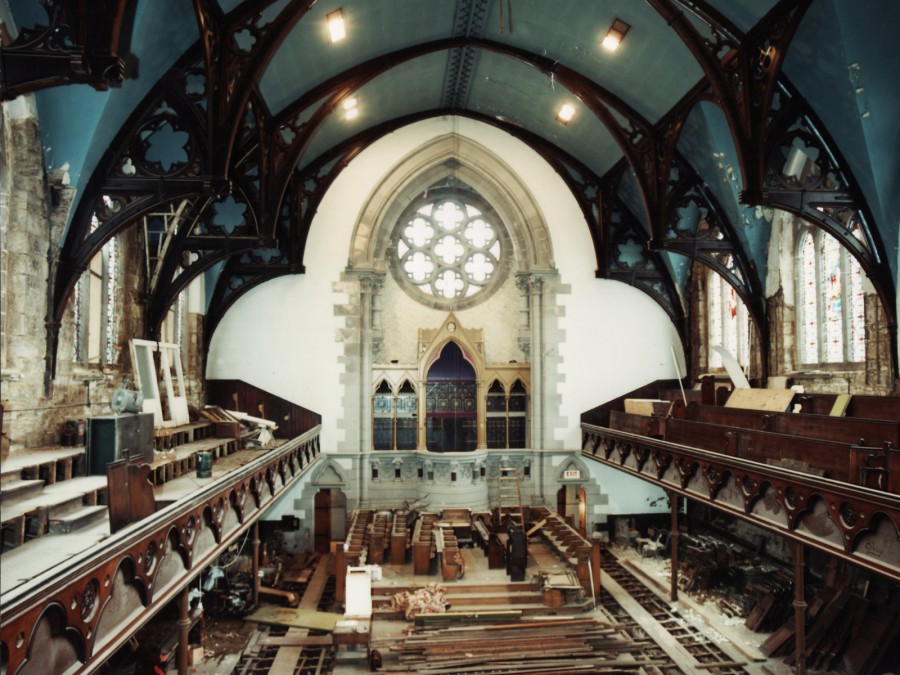 The floor was lifted when the basement was excavated. Photo: Cottiers
but also a deeply satisfying one.

“If we had not intervened back then there is no doubt the building would not have survived. With land values what they are, it would have gone for housing.”

The work to secure Cottier’s legacy and that of Leiper, too, continues and has several years of grant applications and fundraising to go.

An extensive basement area under the theatre floor which was excavated more than 10 years ago has still to be fitted out and utilised.

The long-standing aim is to create a functioning break-out area with toilets and rooms to make the venue self-contained for weddings and celebrations.

"We think we are now in a position where we can re-engage a professional team to really look at the scheme for that basement with a view to getting the necessary consents.

"That will make a big, big difference, and will give us a break out space for the venue instead of using other parts of the building as we do now.”

So, more than 150 years after Cottier left his mark on the building, work to preserve his name continues.