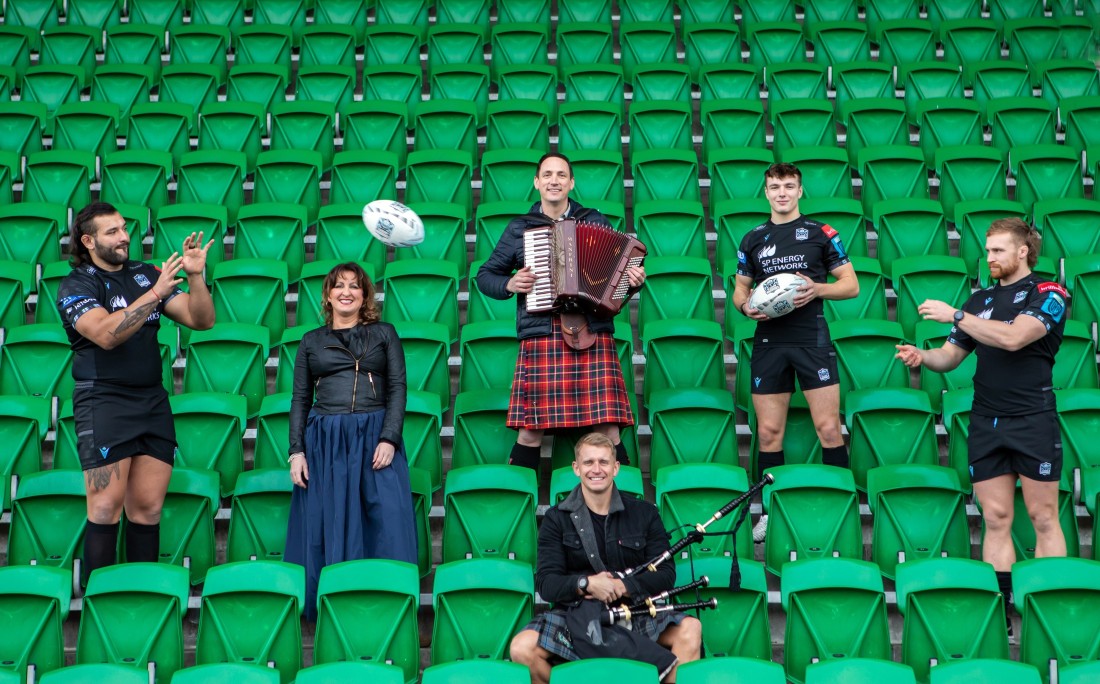 Glasgow Warriors and the Hoolie In The Hydro join forces

Musicians and rugby stars have teamed up to shout about two great events taking place in Glasgow next month.

The weekend before Christmas will see Glasgow Warriors take on Perpignan at their home ground of Scotstoun on Friday December 16.

Saturday December 17 will then see the world’s biggest ceilidh take to the Ovo Hydro’s stage.

A world-first, the event is set to be the biggest night of traditional music to ever staged and will feature some of the top musicians on the Scottish and Irish music scene.

Hoolie In The Hydro organiser, broadcaster and musician Gary Innes said: “I have been blown away by how much support there has been for this hoolie! 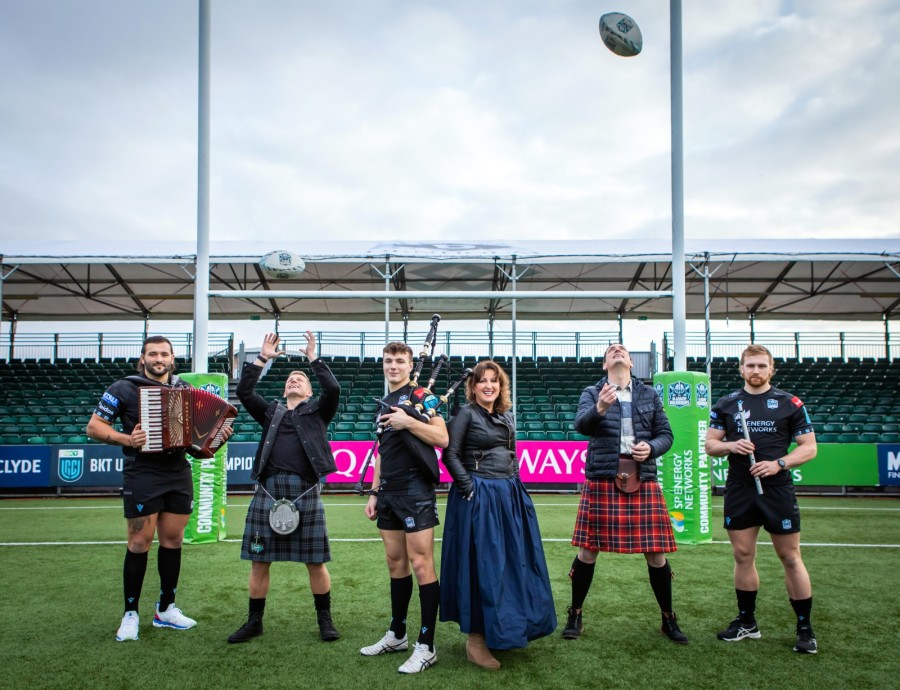 “It really is set to be an incredible night, not just for the advancement of Scottish culture and traditional music, but to also highlight that our music can hold its own on our country’s largest indoor stage.

“We can’t wait to welcome you all in your thousands for this historic night and for one hell of a party.”

Glasgow Warriors Managing Director, Al Kellock, added: “We can’t wait to be a part of what promises to be an outstanding weekend of live sport and music in Glasgow.

“The calibre of musicians that Gary has been able to attract to such an innovative concept is hugely impressive and it’s an event that we’re proud to lend our support to.

It really is set to be an incredible night, not just for the advancement of Scottish culture and traditional music, but to also highlight that our music can hold its own on our country’s largest indoor stage.

“In addition to representing Glasgow and the west of Scotland, our ties to the Highlands and Islands are a proud part of our heritage and our identity; if anyone coming down is looking to make a weekend of it, we’re ready to welcome you with open arms to Scotstoun on Friday ahead of the big night at the Hoolie on Saturday.”

Glasgow Warriors welcome Catalan side Perpignan to Scotstoun for their first home European match of the 2022/23 season under the Friday night lights. 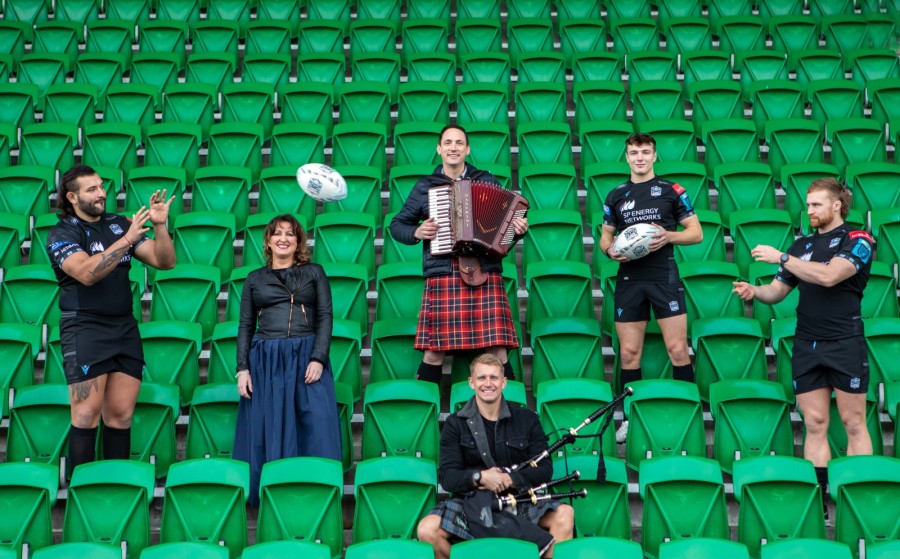 The events will take place on December 16 and 17

With the Warriors undefeated at home in over a year, the match promises to be a firecracker as head coach Franco Smith and his team look to start the festive period in style.

Hoolie in the Hydro will take place on Saturday December 17 2022 and tickets are on sale now at: www.sec.co.uk/events/detail/hoolie-in-the-hydro
Share this story