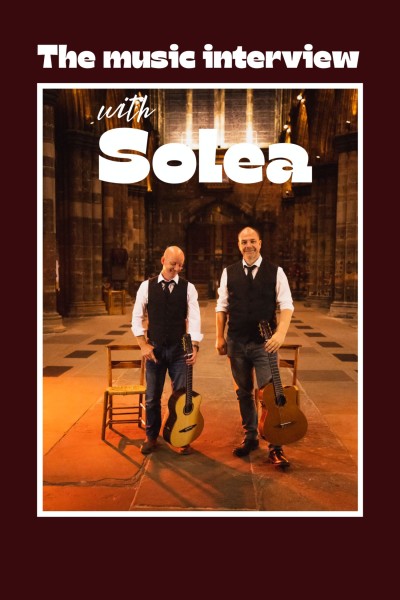 'We’ve tried to make the songs as melodic as possible, so it’s very accessible'

Solea were born out of lockdown and their reputation is growing

Knightswood might not be your first thought when you think fiery Latin and hot flamenco guitar music.

But two musicians are putting the heat into thumping Spanish beats and rhythms.

Guitarists David Sim and Gerry Magee formed Solea during the lockdown of 2020.

They completed their quartet with Gordon Davidson, a renowned bass player and Colin Macgibbon, one of Scotland’s most in demand session drummers/percussionists.

Gerry and David began to compose for the quartet and they released their first single “Roads To Mijas” in March 2021.

In June 2021, the group were able to assemble at Sola Studios in Glasgow to record their EP ‘Sometime In June”, which has released on all major streaming platforms. A full length album was released last summer.

The players are all graduates of the BA Applied Music course at Strathclyde University and have been performers, recording artists and educators for the last 20 years.

Gerry said: “We’ve been getting a very positive reaction to the music. 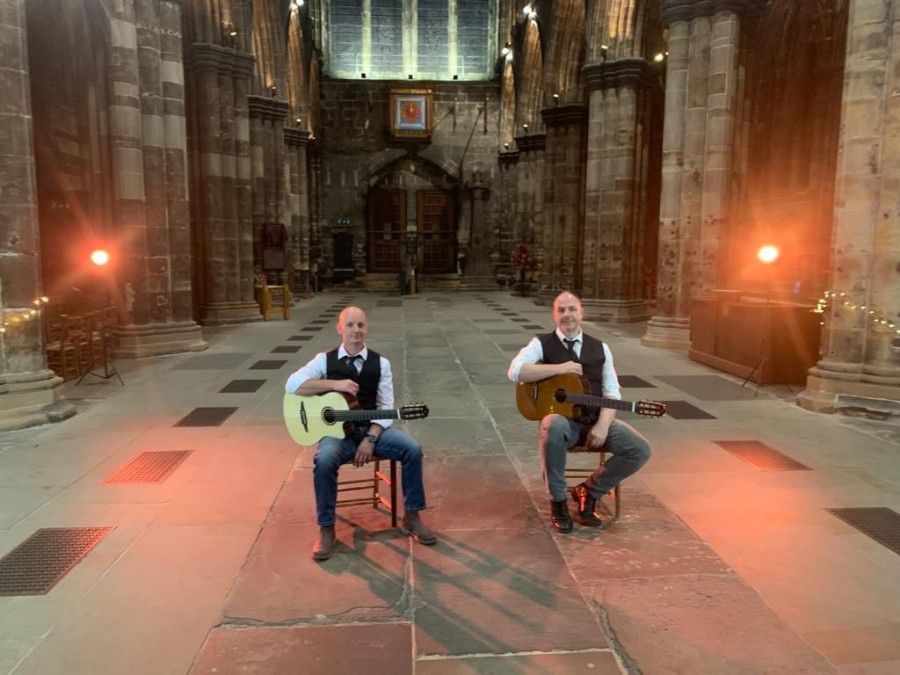 “We’re influenced by a lot of different types of music so we’re not strictly Latin or Flamenco but a big mixture of those styles, plus rock, jazz, pop etc.

“We’ve tried to make the songs as melodic as possible, so it’s very accessible.”

David has worked extensively in the industry, composing music for radio and TV, as well as working and touring with artists such as BGT winner Jai Mcdowall.

He has performed gigs everywhere from clubs to stadiums and played in pit bands for many musicals including Jesus Christ Superstar and We Will Rock You.

We’re influenced by a lot of different types of music so we’re not strictly Latin or Flamenco but a big mixture of those styles, plus rock, jazz, pop etc.

Gerry has had an eclectic career as a guitarist: from playing with Serenade, his metal band, to performing with Funk Nation, Scotland’s top funk band.

He has performed on the theatre circuit for many musicals and is in demand as an educator and session musician.

Gerry said: “Next step is to get out there and play. The pandemic made it hard to build up in the live arena, and that’s really what it’s all about for musicians. 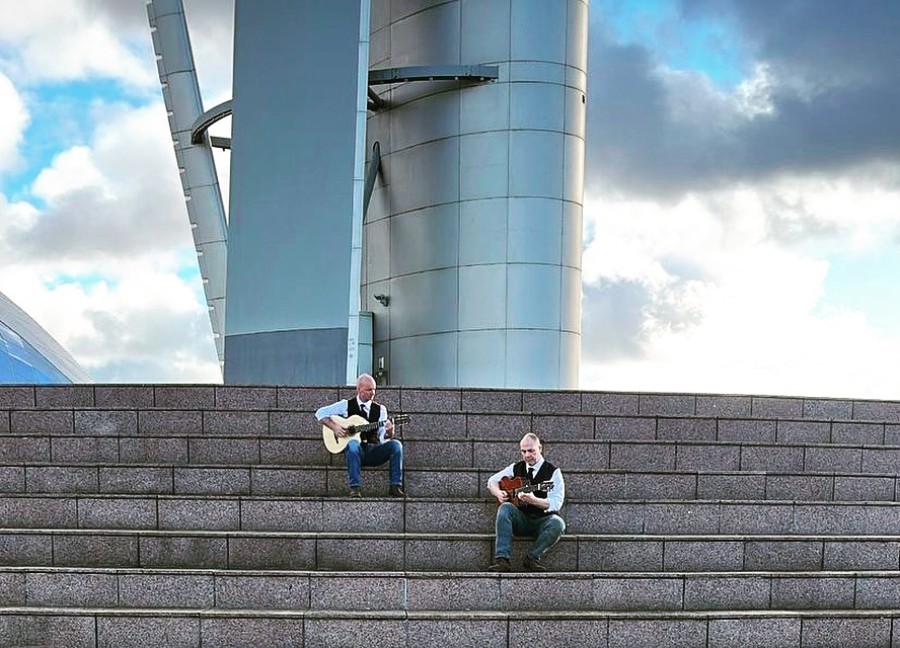 “We’ve been getting a very positive reaction to the music"

“We definitely want to try and build a reputation in Glasgow and then Scotland, a lot of the music is influenced by our surroundings.

“So we have a track called ‘Home’ which was written about missing Glasgow and that feeling of familiarity when you come back from a trip or even just the appreciation of what a great city it is.

“We both teach and are ‘lifer’ musicians, so we do a lot of different things: Solea, but also library music for radio and TV, we’ve both toured with artists, worked in theatre bands. A lot of different stuff!

“Solea has really reignited our love of guitar, however, and we’re both really enjoying being artists in this project.” 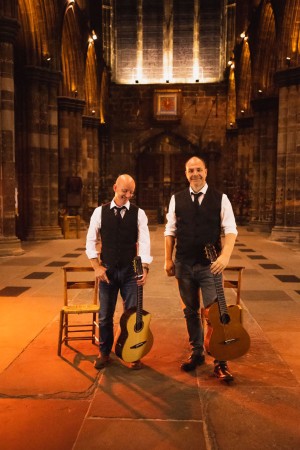 A video was recorded at Glasgow Cathedral

Keep an eye out on the group’s Instagram page (@solea_glasgow) for upcoming gigs and appearances, and for more videos.

We think they will be one to watch, and a great way to lift the spirits during the cold, dark Scottish winter.