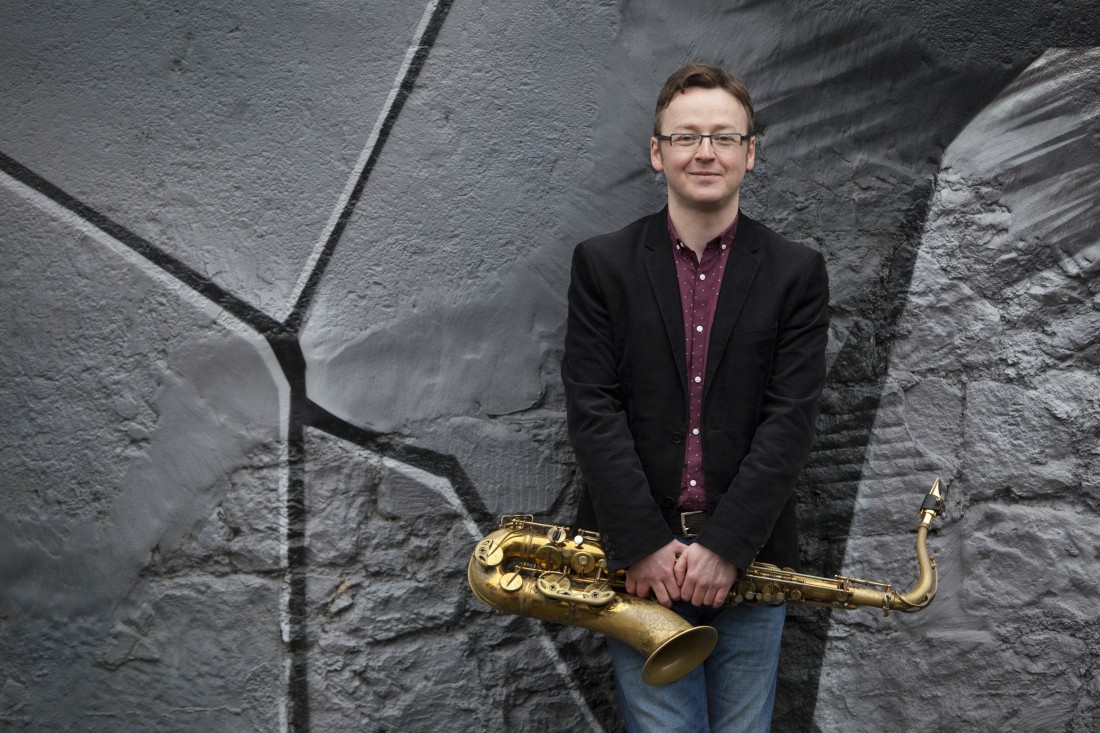 Glasgow-based saxophonist Brian Molley’s internationally acclaimed quartet teams up with a special guest from India at the Old Hairdressers in Renfield Lane on Thursday August 18 to begin a short tour of Scotland.

Percussionist and film soundtrack composer-musician Krishna Kishor flies in from Chennai to continue a relationship that began in 2017 and has already resulted in the album Intercontinental, which was released in June and has been receiving five-star reviews.

Kishor first worked with Molley’s group when they were touring India five years ago and they wound up playing a headline concert together for Madras Jazz Festival as part of the British Council’s UK/India season.

“It was very much a meeting of similar musical minds,” says Molley. “It was also the start of an innovative and productive collaboration despite Krishna and the four of us living on opposite sides of the planet.”

Molley’s quartet has returned to India to perform again with Kishor on two more tours and Intercontinental was recorded by linking online between Glasgow and Chennai during 2021.

Molley, a former Jazzwise magazine One to Watch, formed his quartet in 2012. The group features some of the finest musicians from the UK’s jazz and world music scenes, with pianist Tom Gibbs, double bassist Brodie Jarvie and drummer Stuart Brown joining Molley. 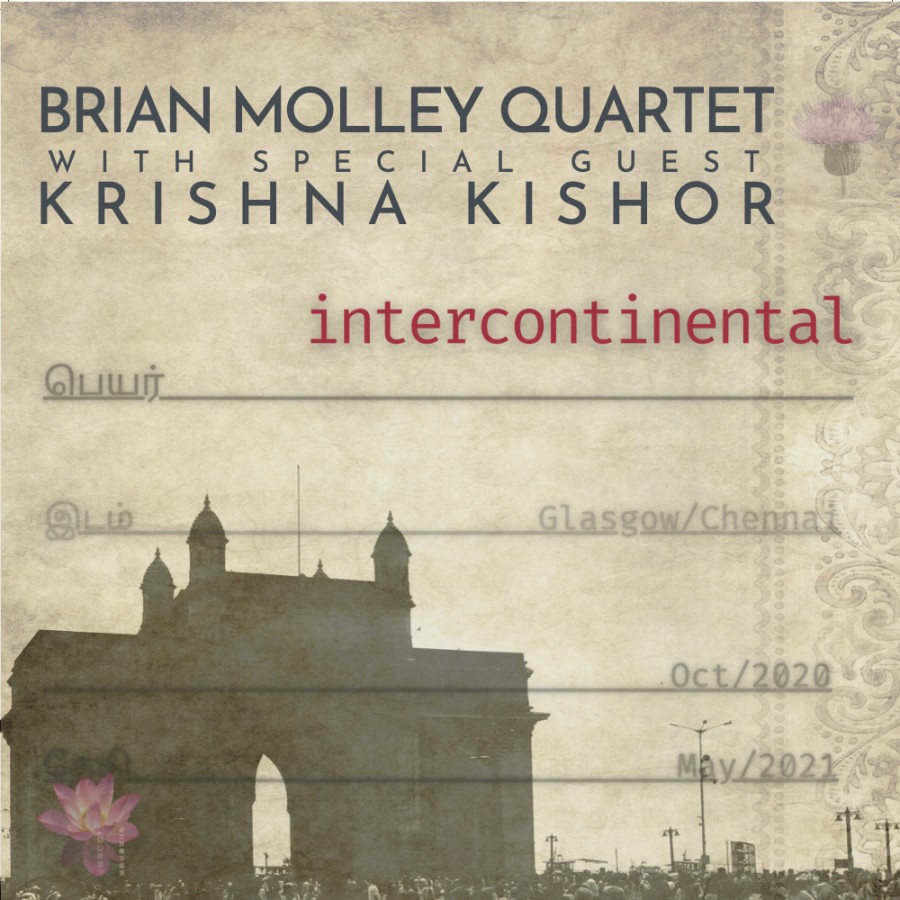 Intercontinental was released in June

Their enthusiastically received debut album, Clock was released in 2013 and was described by BBC Radio 3 as ‘a well-crafted and classy debut’ and by London Jazz News as ‘a minor masterpiece…strikingly good.’

Colour and Movement, their follow-up from 2017, was greeted with similar praise. All About Jazz said, ‘Molley’s tone is gorgeous, he never wastes a note’ and The Scotsman described Molley’s tenor saxophone as ‘singing beautifully, sultry and lyrical.’

The quartet represented the cream of UK jazz at Rochester International Jazz Festival, New York as part of the Made in the UK series in 2015.

On the same trip they played well-received club dates in New York City, drawing enthusiastic responses at Silvana in Harlem and WhyNotJazzRoom in Greenwich Village.

Their numerous national and international tours include appearances at Glasgow, Edinburgh and Manchester jazz festivals, a live session for BBC Radio 3’s Jazz Line-Up in 2017 and several trips to tour, collaborate and record in India.

We’re very happy with the way Intercontinental turned out, considering the unconventional recording process, and we can’t wait to welcome Krishna to Scotland to play these concerts.

The quartet’s first collaboration with Rajasthan’s Asin Langa Ensemble included a nationwide tour of India as well as a reciprocal arrangement that brought the renowned Indian folk musicians to the UK to tour for the first time in 2018.

Krishna Kishor, who will also appear with Molley’s group in Edinburgh on August 19 and 20 and in Dunoon on August 21, is internationally regarded as a specialist in the traditions, practices and instrumentation of music from his home state of Tamil Nadu in South India.

He has performed extensively in the US and Europe as well as in India. His CV includes contributing percussion to the soundtracks of over 100 Bollywood films and he composed the score to Annabelle Sethupathi, the 2021 Indian Tamil language comedy thriller.

“Krishna is an amazing musician,” says Molley. “He always knows instinctively what colours and rhythms to add to the music and working with him is truly inspiring. 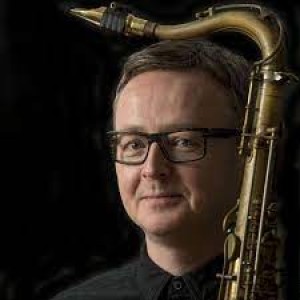 “It was very much a meeting of similar musical minds"

“We’re very happy with the way Intercontinental turned out, considering the unconventional recording process, and we can’t wait to welcome Krishna to Scotland to play these concerts.”