Writers, politicians and members of the public remember Alasdair Gray as one of Scotland's great cultural icons after his death at 85.

Tributes have been paid to the author and artist Alasdair Gray, who has died aged 85.

His publisher Canongate announced the news in a statement shared on social media.

Gray, who had lived in the West End for many years, died at the Queen Elizabeth University Hospital on Sunday - a day after his birthday.

His murals adorn public buildings and spaces, many of them in and around Byres Road which was close to his home. 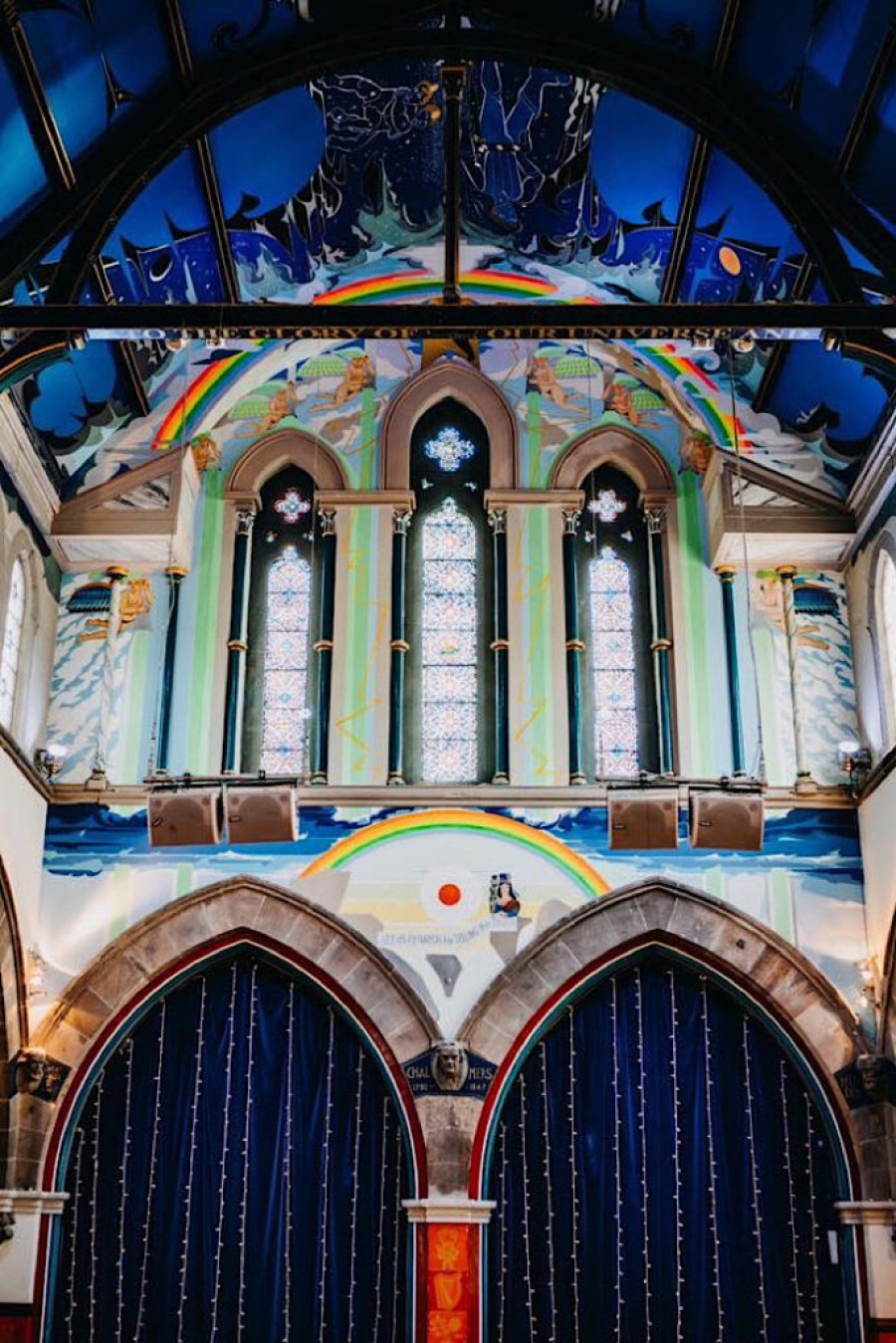 The artist's ceiling mural in the auditorium in Òran Mór is one of the largest pieces of public art in Scotland. Pic credit: Mark Wild

Writers, politicians and members of the public remembered him as one of Scotland's great cultural icons.

His greatest novel Lanark was published in 1981.

"He passed away peacefully earlier today at the Queen Elizabeth hospital in his native Glasgow, in the presence of family."

A family message read: “Early this morning we lost a deeply loved member of our family.

"Alasdair was an extraordinary person; very talented and, even more importantly, very humane.

"He was unique and irreplaceable and we will miss him greatly.

"We would like to thank Alasdair’s many friends for their love and support, especially in recent years.

"Together with the staff of the Queen Elizabeth hospital, Glasgow, who treated him and us with such care and sensitivity during his short illness.

"In keeping with his principles Alasdair wanted his body donated to medical science, so there will be no funeral.”

'Alasdair was an extraordinary person; very talented and, even more importantly, very humane.

'He was unique and irreplaceable and we will miss him greatly'

First minister Nicola Sturgeon wrote on Twitter: "While many of us will think of Alasdair Gray first and foremost as a brilliant and innovative writer, he was also a hugely talented artist.

"A true polymath, he was one of the brightest intellectual and creative lights Scotland has known in modern times. RIP"

Francis Bickmore, Gray’s editor and publishing director at Canongate, said: “What sad news this is that Alasdair Gray is gone.

"It seems hard to believe that Alasdair was mortal and might ever leave us.

"No one single figure has left such a varied legacy – or missed so many deadlines – as Alasdair Gray.

Like Blake, the project Alasdair was immersed in when he died was his version of Dante’s Comedia. Last time I saw him he read some of it. I suspect he is well prepared for the journey he’s on now. pic.twitter.com/qrfhlccGWf

"At least through Gray’s phenomenal body of work he leaves a legacy that will outlive us all.

"His voice of solidarity and compassion for his fellow citizens, and his forward-looking vision is cause for great celebration and remembrance.”

His agent Jenny Brown said: “We mourn Alasdair Gray’s passing, but his genius will live on for readers through his remarkable work.

"He was a cultural trailblazer: nobody has done more to spur on, and give confidence to, the next generation of Scottish writers.”

Writer Ian Rankin had tweeted a birthday greeting to the author on Saturday.

And later added: "Remembering Alasdair Gray by reading his words and looking at his art. He's gone; they remain."

Remembering Alasdair Gray by reading his words and looking at his art. He’s gone; they remain. pic.twitter.com/uoEjzku13h

In the West End, Gray's murals can be found at Hillhead Subway station; Òran Mór; the Oxfam Bookshop and the Ubiquitous Chip.

Òran Mór said in a tweet: "We’re deeply saddened to learn of the passing of our dear friend Alasdair Gray.

"Glasgow has lost a little of its sparkle today."

The Ubiquitous Chip said on Facebook: "Alasdair will be sorely missed here.

"For almost 50 years he was a constant in the life of The Chip.

"This place wouldn’t be quite the same without him! The Scottish polymath of our times."

“Let us flourish by telling the truth” Alasdair Gray

We’re deeply saddened to learn of the passing of our dear friend Alasdair Gray. Glasgow has lost a little of its sparkle today. pic.twitter.com/EIZaFTZitj

The writer and artist was a familiar figure over the years around the West End.

Passers by would often see him working away in the window of his West End home on his latest painting.

The author Julie Bertagna said on social media: "I often used to see Alasdair Gray among his paintbrushes, two doors down from my old student flat.

"He’s part of the fabric of Glasgow’s West End and always will be."

One of his public appearances in recent years was as a guest of the Creative Writing department at the University of Glasgow.

The department said: "When Alasdair Gray was our guest for #CreativeConversations the chapel was packed with a rapt audience and he had us all laughing with delight.

And professor of creative writing at the university Louise Welsh remembered: "A wonderful day.

"People at the back of @UofGlasgow chapel stood on chairs to get a better look.

"Alasdair insisted on signing everyone's books which took well over an hour.

"He read from his translation of Dante & the 300+ audience were silent."

* Feature image of Alasdair Gray courtesy of Creative Writing department at the University of Glasgow.