The challenge on April 28 is set to raise money for the charity Hearts + Balls which helps injured rugby players.

Two friends are in training for a unique charity showdown next month.

Gordon Hollerin is preparing to run the London marathon, while Jim Taylor is aiming to keep pace over the 26.2 miles using his hands.

Jim, 63, was paralysed in a tragic rugby accident 40 years ago. 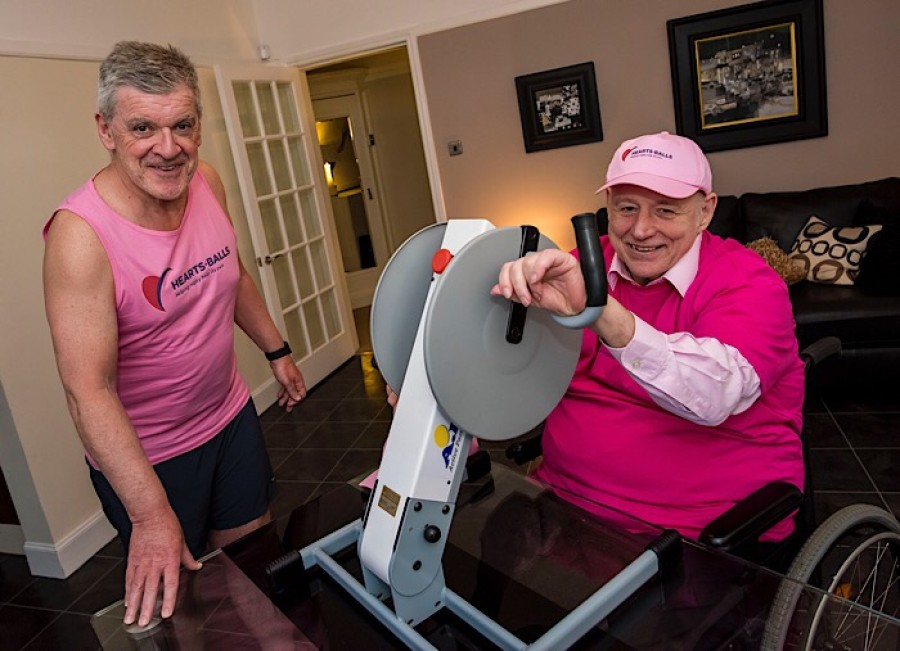 He is preparing to match Gordon every step of the way, mile for mile, on his arm exercise machine.

The challenge on April 28 is set to raise money for the charity Hearts + Balls which helps injured rugby players.

The friends are members of GHK Rugby Club based at The Pavillion on Crow Road at Old Anniesland.

Gordon, 61, who is GHK rugby club’s secretary, said: “Jim’s the most inspiring person I know, so my main focus will be to make sure I don’t let him down.

"I certainly faced my own fair share of injuries during my more than 30 years of playing rugby.

"But I’m incredibly lucky to be in a position that I’m able to run a marathon, even if I’m unlikely to break any records."

His last marathon was five years ago, but his mileage is already up at 16 miles. 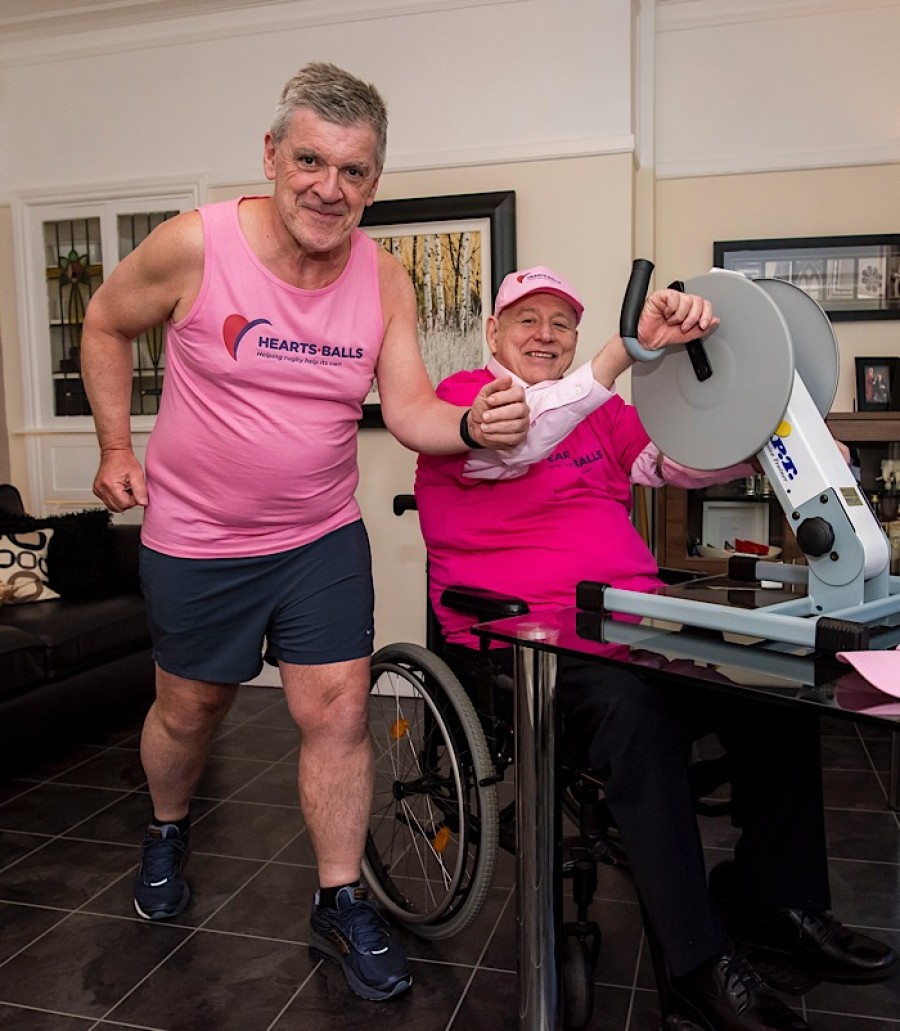 Meanwhile Jim, a Hearts + Balls ambassador, is putting in the hard yards on his arm exerciser which he received from the charity.

Jim was just 23 when he suffered his life-changing injury while playing for Kelvinside Academicals.

The Glasgow Warriors partnerships manager said: “The charity has supported my family and I in so many ways over the years.

"The recent donation of a road roller has been life changing.

"I’m really enjoying the training and building my fitness back up – it certainly helps to have a goal in mind.

"I think my training is way behind Gordon’s though.

“My wife thinks I’m daft but I’ll never back down from a challenge.

"Although he’s my rival for now, I’m incredibly grateful to Gordon, and all those who make the effort to fundraise for a charity which has given me so much.

"Any donations will make a huge difference to members of the rugby community during their times of need.”

Gordon added: “Hearts+Balls is a wonderful charity which supports those who aren’t so lucky.

"While very few suffer life changing injuries, it’s testament to the rugby community that when someone does, everyone pulls together.

"The London marathon is definitely one for my bucket list and it will make it all the more unforgettable an experience that I will raise money for a charity very close to my heart as I run.”

* To donate to Jim and Gordon’s charity competition, visit www.heartsandballs.org.uk.