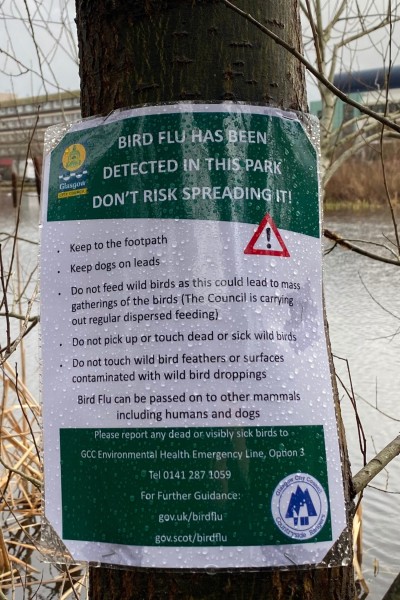 Dog walkers should keep pets on a lead, and people should not feed the birds.

That is the advice to anyone visiting Bingham’s Pond in the West End.

Bird flu has been detected and warning signs have gone up around the perimeter of the beauty spot.

It’s not known if wildlife fatalities have been recorded at the site, but birds have died at other locations.

The warning signs say: “Bird flu has been detected in this park. Don’t risk spreading it.

“Keep dogs on leads. Do not feed wild birds as this could lead to mass gatherings of the birds.

“Do not pick up or touch dead or sick wild birds.” 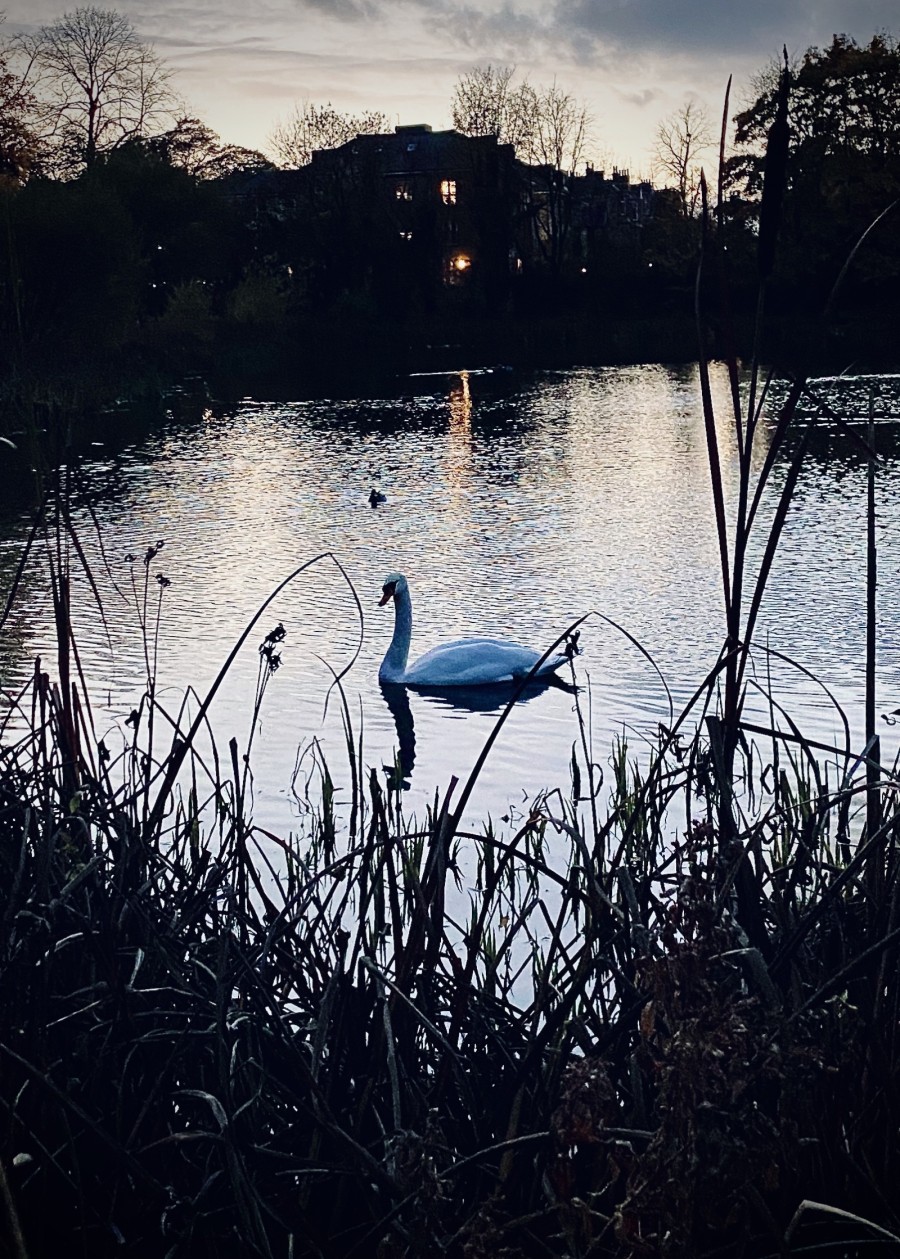 The pond is home to swans and an array of wildfowl

The signs say bird flu can be passed on to other animals including humans and dogs.

Around 20 swans died at Hogganfield Loch on the outskirts of the city in November as a result of suspected avian flu.

Since 24 November, there have also been wildfowl deaths at Richmond Park (south of the Clyde near Glasgow Green) where geese and heron have died and at Auchinlea.

Keep dogs on leads. Do not feed wild birds as this could lead to mass gatherings of the birds.

In a council staff memo, Allison Greig, Senior Countryside Ranger, said of the bird deaths at Hogganfield: "It has been a very upsetting situation, for both Countryside Ranger staff, who have entered this profession because of their love for nature and wildlife, and also for the public to see the predated bodies of majestic mute swans.

“It's quite honestly been gruesome at times and overwhelming.

"Our team is working hard to provide factual, yet compassionate, information to the public as we patrol the parks daily.

UPDATE January 5, 2023: Glasgow City Council confirmed that a cormorant was found dead at Bingham’s Pond on December 24. The body was removed on the same day and no further cases have been identified at Bingham’s since then, according to a spokesman. 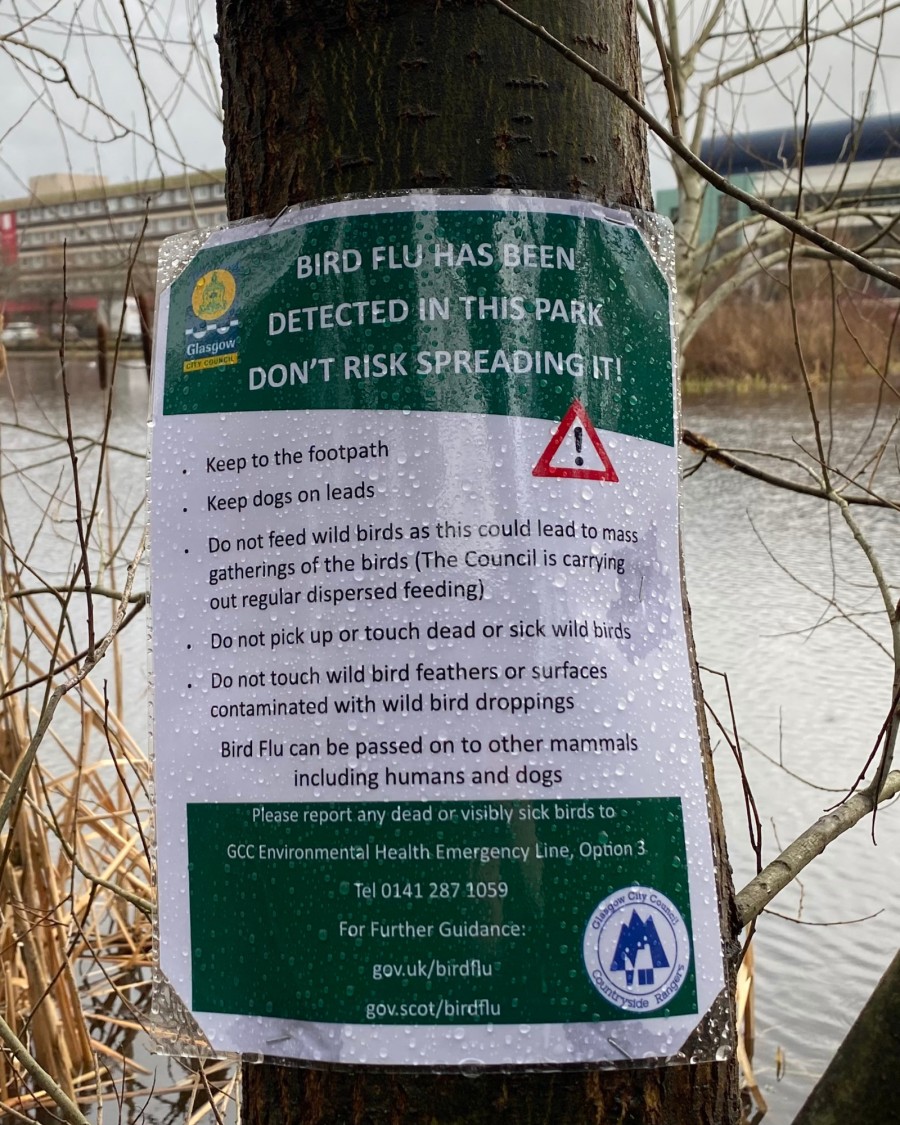 “This is a very important task to reassure regular park users about their own health risk from catching it, which is low, and that of their pets.

“Many of the public know the swans individually and the loss of so many in such a short period of time has created a stark change in the loch's appearance."

Avian Influenza is a virus that mainly affects birds, though potentially can spread to any warm-blooded animals with a backbone, according to the council’s website.

It is an airborne disease which mainly affects migratory birds, especially water birds, and they can carry the virus along their migration routes.

A council spokesman was unable to confirm with the ranger team whether any birds had died at the pond.

However, he said: “We are very concerned about the spread of avian flu within Glasgow.

“It is likely that any outbreak of the virus at any park will have a significant impact on its bird population.

“Limiting the spread of the virus in any affected park is crucial and we are working with our contractor to have the dead animals removed as quickly as possible.

“We ask that dogs are kept on leads close to areas where infection is suspected and that people do not feed the birds as this encourages the birds to congregate.

“People are also asked not to touch a dead or sick bird, including any feathers, and should also avoid ground covered with wild bird droppings.

“If anyone sees a dead or sick bird in public places across the city, they should report this to our environmental health team through our website or by calling 0141 287 1059. People can also report on-line at the DEFRA website.”

City park will be better managed for wildlife and plant life

Ukraine and wildlife take a bough in Victoria Park

Volunteers plant 150 trees including the national tree of Ukraine