The issue has split opinion since a consultation began many months ago.

Scotland's last girls-only state school is to accept boys after a vote by city councillors.

The outcome was more or less certain after the SNP and Labour groups backed the move.

The final decision was ratified by members of the City Administration Committee who met at City Chambers today.

The issue has split opinion since a consultation began many months ago. 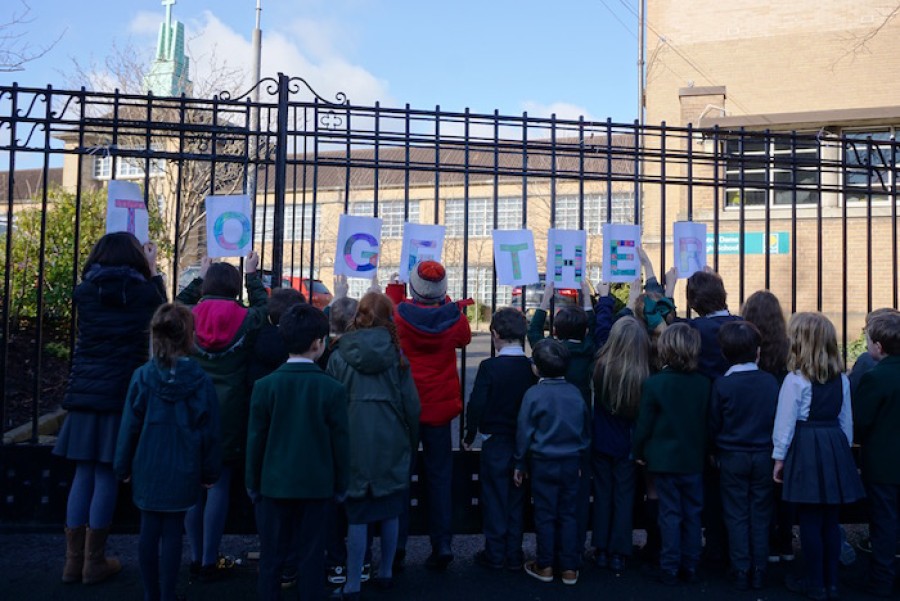 The issue has split opinion

Notre Dame High has been a girls-only school since it opened in 1897.

Parents of children currently there argued it was about giving families choice.

They said girls achieved more in subjects like maths and science when taught in a single-sex environment.

But local families argued their children were being denied access to a local school.

They said it wasn't right that girls and boys schooled together in local primaries had to part at S1.

They argued sending boys up to two miles away to the nearest co-ed state school increased congestion and was bad for the environment.

And they claimed the school was under capacity while neighbouring schools were full.

They also claimed some pupils were travelling from outside Glasgow to attend.

Notre Dame pupils had set up a campaign in recent months to protect the current policy.

The change could come in in 2021 and will be spread out over five years.

Boys will begin to enter the school at S1, so existing girls-only years will remain girls-only.

Investment of around £750,000 will be needed to refit toilets and make the building suitable for co-education.

Maureen McKenna, Executive Director of Education, Glasgow City Council said today: “There has been much debate on the changes to the entry criteria for Notre Dame High School with strong arguments being put forward – both during the pre-engagement and the consultation process.

“Now that the decision has been made by elected members, education officers will start to develop transition plans and will engage with school and parent representatives from all the associated primary schools and secondary schools affected by changes.

“There’s not only the physical aspects that need to be considered but we also need to be sensitive and recognise that this represents a significant change for the school and local community.

“I am confident that Notre Dame High School will continue to provide an excellent education to the young people of Glasgow and their families.”