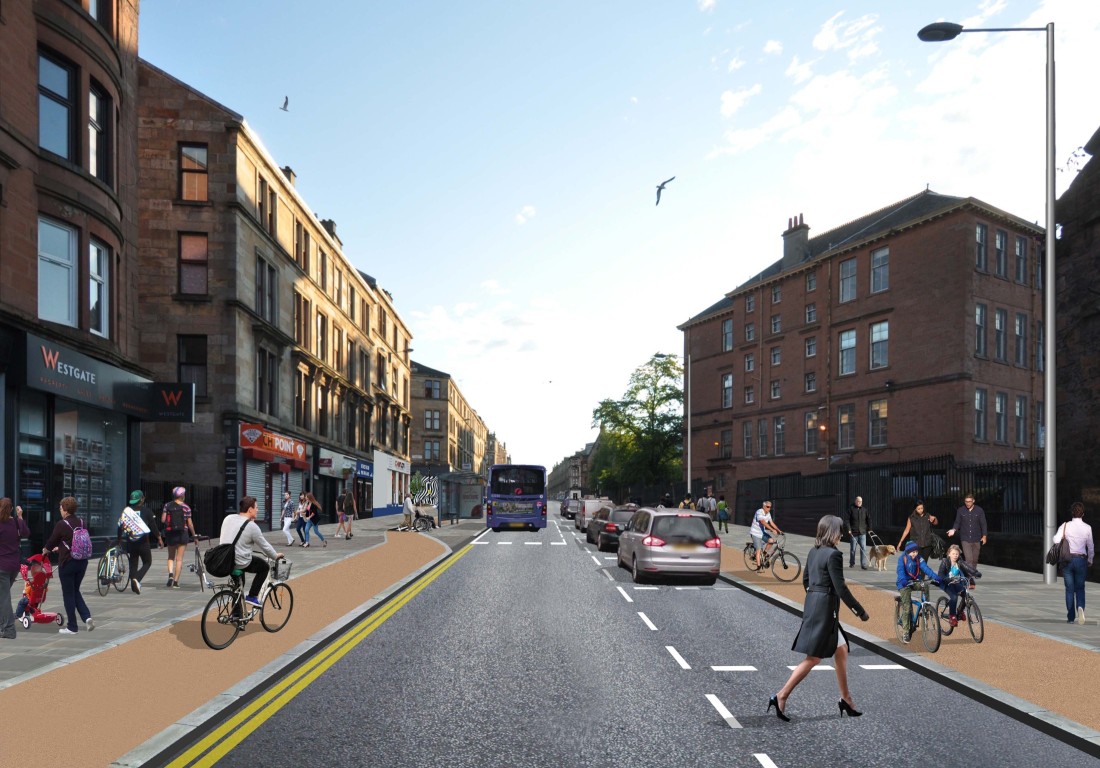 Work to upgrade the southern section of Byres Road will begin early next year, according to a council update.

The stretch, or first phase of the improvements, will go from Partick Cross to University Avenue.

Pavements will be replaced and widened, the road carriageway narrowed and cycleways installed on that stretch. Some parking bays will be removed.

Traffic will be one-way heading up from the Cross and then one-way south along Church Street.

When that phase is complete, work will begin on the larger northern section, or phase two of the works - from University Avenue to Great Western Road. 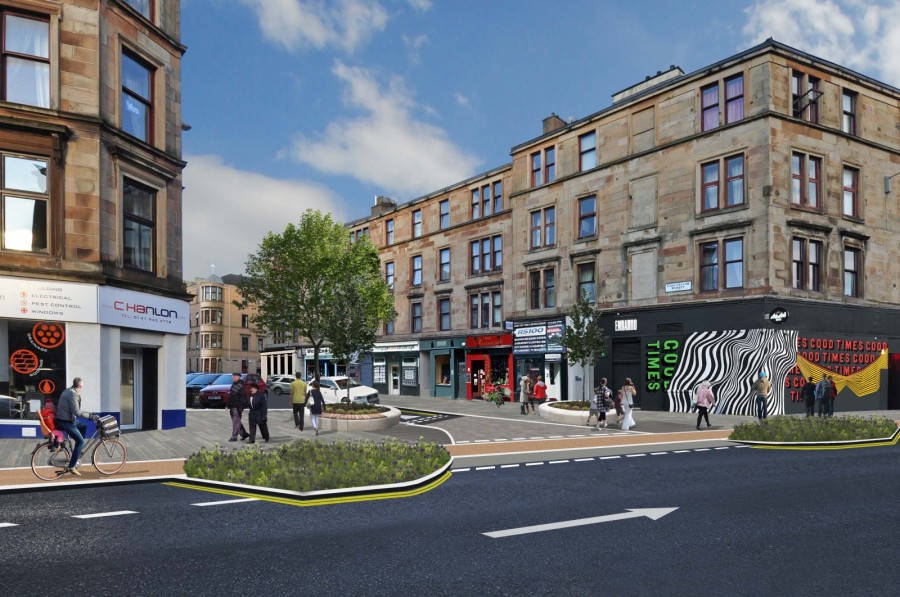 How the scheme will look at Chancellor Street

That will be in the autumn of 2024 - more than seven years after the project was first proposed and consultations started.

Originally, back in 2017, the talk was of upgrading the entire road road at a cost of £9 million - money allocated from a massive £1bn-plus City Deal fund which is being spent across Greater Glasgow.

That pot remains but current and recent pressures have forced the council to split the project, according to a report to Hillhead Area Partnership.

“The Covid-19 pandemic has had a significant impact on the programme for the proposed works and on the capacity of the market to deliver construction contracts.

“The situation has been further compounded by Brexit, the energy crisis and more recently the conflict in Ukraine.”

It adds: “As a result of this a decision was taken to deliver Byres Road public realm works as two separate works packages with lower contract values.

“This approach aims to ensure that best value is achieved.”

The bigger picture for the upgrade is about bringing the area into the wider economic corridor that is linking the university to the south side of the river and Govan and a proposed new technology park by the Clyde.

The report says representations and designs are still in process around the second phase of the upgrade scheme.

The main features of the design included: 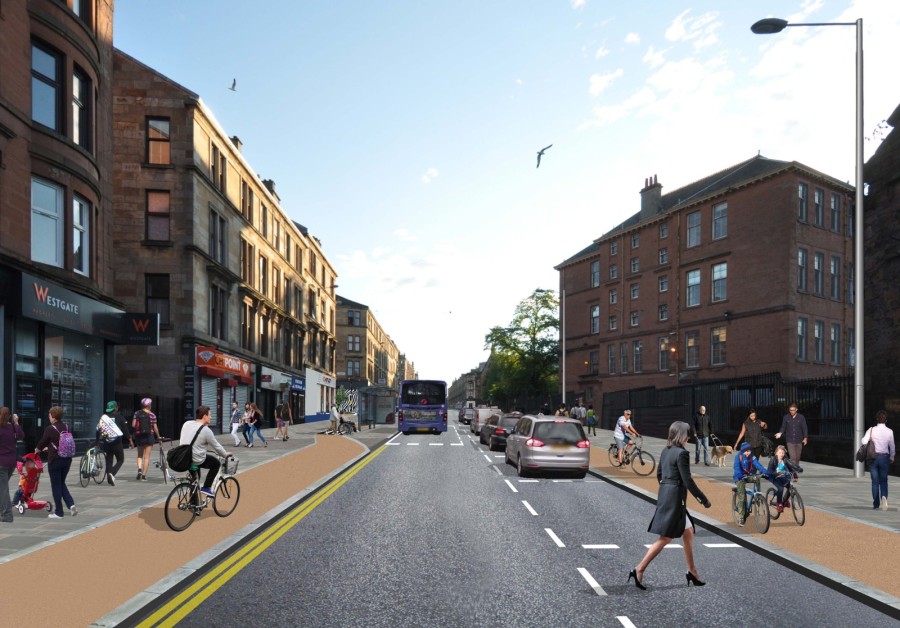 Traffic Orders relating specifically to Byres Road were made on 4 February 2022 and 28 June 2022 respectively.

A Traffic Order relating to Hillhead “generated a significant number of responses from the public”, according to the report.

It lists the aspects of the order that generated the most representations as: “Introduction of Shared Use parking bays; Introduction of Additional Resident Parking Permits: Proposed Hours of Parking Restrictions; Introduction of no entry into Great George Street from Hillhead Street; Inclusion of Hillhead within W3 Parking Zone; and Pedestrianisation of Ashton Lane.”

The report says Scottish Water is “currently investigating potential solutions to surface water flooding that has impacted the northern section of the street recently”.

The Covid-19 pandemic has had a significant impact on the programme for the proposed works and on the capacity of the market to deliver construction contracts.

It says deferring works in the northern section of the street will allow “minor design amendments that may be required to complement Scottish Water proposals”.

Glasgow will host the UCI World Cycle Championships in August 2023, and the northern section of Byres Road forms part of the Road Race route, the report notes.

“Deferring works in the northern section of the street allows additional time for detailed design at particularly complex areas such as the junction of Byres Road and Great Western Road,” it says.

And it concludes: "The Council issued a Tender for Phase 1 in July 2022. Contract award is scheduled for November 2022 allowing a site start in January 2023. Phase 2 Works will commence in autumn 2024 upon the completion of Phase 1."

The Area Partnership is asked to note the contents of the report, by way of recommendation.

Christopher Brookmyre and Lin Anderson are among the guest authors