Could longer grass be a 'natural solution' to problem drinking at Kelvingrove Park?

The concern of the authorities is that Kelvingrove Park is now seen as a 'party destination' for revellers from outside Glasgow.

Nature could be left to take its course at Kelvingrove Park to tackle anti-social behaviour and illegal drinking.

It's understood agencies are talking through a number of potential measures to combat recent problems.

The sunny weather has attracted large crowds to Kelvingrove

One possible solution - and in no way agreed or yet being acted on - is for the grass on the slope to be left to grow.

The thinking is that could deter large gatherings of people which has characterised hot, sunny days recently.

The concern of the authorities is that Kelvingrove Park is now seen as a 'party destination' for revellers from outside Glasgow.

Up to 4,000 mainly young people descended on the park one night last week.

Media reports said up to 200 young people later ran amok through neighbouring streets as police tried to disperse them. 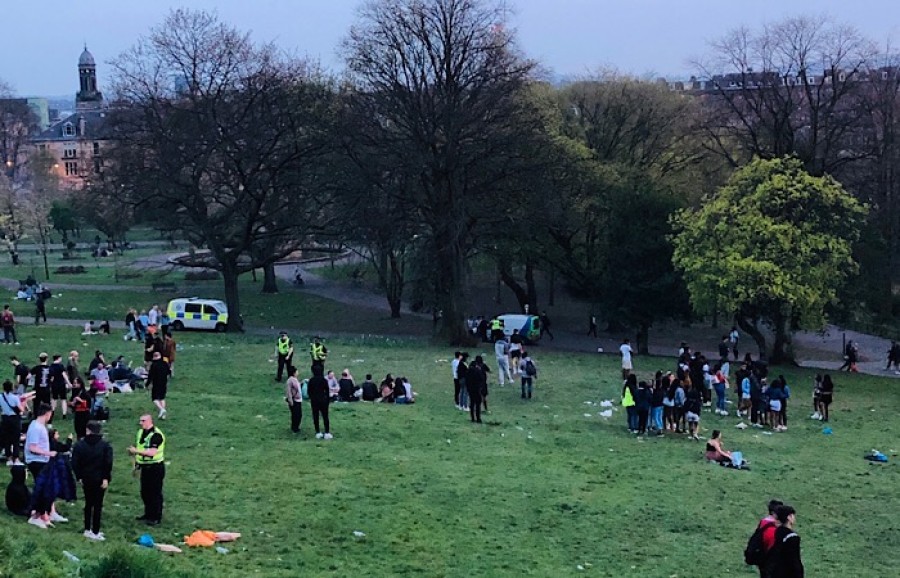 Police attend a recent gathering at the park

Three people were arrested on Friday after a disturbance.

Violence also broke out after the Easter weekend saw large crowds flock to the park.

Horses, motorbikes and the police helicopter have been deployed in recent weeks.

At the heart of the problem for the authorities is the drinking of alcohol, which is illegal in Glasgow's parks.

Police Scotland have stepped up patrols this summer but its resources cannot cope with the volumes of people.

Glasgow West End Today was told that many of those who gathered last week were from Edinburgh, the Lothians and Ayrshire.

Local families have been intimidated by large crowds of drunken youths shouting and screaming outside their houses at night.

But residents have been assured by the police and the city council that they are taking the issue seriously.

A meeting was held at a local police station after the Easter weekend problems.

People have been told there is no quick-fix and the solution may come by a number of different ways.

More patrols, greater use of CCTV, targeting schools and social media are all in the mix.

A source said the authorities were doing all they can to contain the problem.

"They are looking at many things, and discussions have been helpful.

"One of the things that has been mentioned is the idea of letting the grass on the hill grow.

"This could deter people from gathering there in large numbers - but this is just one of several measures.

"Nothing has been decided and there are no plans to do this at this stage." 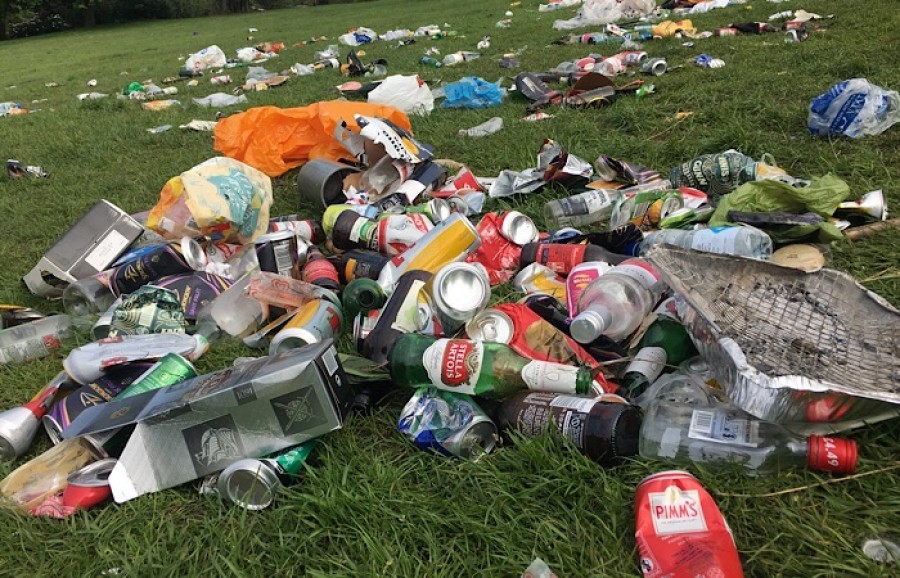 She is writing to the local government minister with her concerns about the upsurge in anti-social behaviour and drinking.

She said: "It is not right that people living close to the park should be forced to put up with this behaviour.

"I think there needs to be a national strategy to address some of the issues here.

"The police are doing what they can, but this is really a behavioural problem that needs to be looked at."