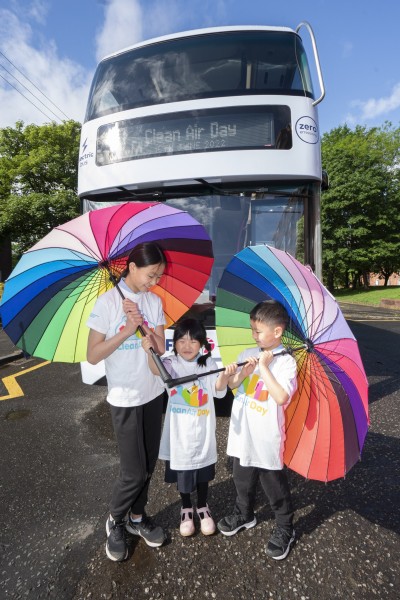 Pupils at St Joseph’s Primary School were joined by an electric First Glasgow double-decker at the launch of Clean Air Day.Photo: Mark Gibson

People are asked to give the car a day off on June 16.

Young people have marked the countdown to Clean Air Day in Scotland.

Pupils at St Joseph’s Primary School were joined by an electric First Glasgow double-decker at the launch.

Clean Air Day will be held on June 16 when people will be asked to think about the journeys they make.

The day also highlights the benefit of Low Emissions Zones to people’s health.

Affecting only buses currently, the zones will extend to other vehicles over the next few years. 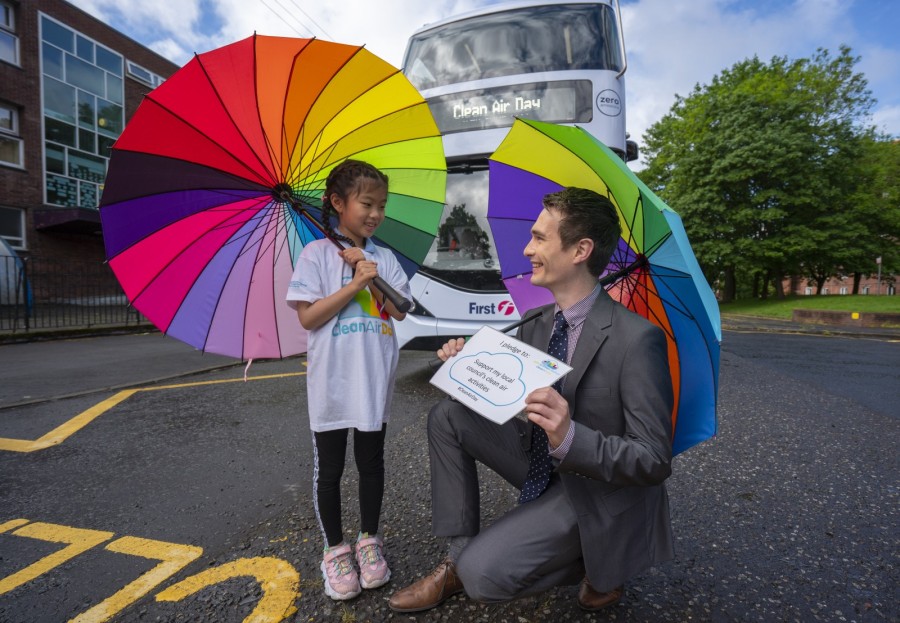 Principal teacher Laura Redmond, said: “It is important to us that climate action and a focus on clean air is not a series of stand-alone events but an ongoing focus for our children and their learning.

“As a result, over the past few sessions, we have linked the themes of clean air and the relevant sustainable goals to other areas such as Literacy and English, Art and Design and more recently social enterprise in which the P4/3 class explored ways to reduce the air pollution around the school as we are situated in a high-traffic area with motorists idling their car engines waiting at the traffic lights.

“By having this continued focus that extends beyond Clean Air Day, we are not only helping the environment but supporting our pupils to become environmentally responsible citizens of the future.”

It is important to us that climate action and a focus on clean air is not a series of stand-alone events but an ongoing focus for our children and their learning.

The charities are asking people to cycle, walk or scoot and to give the car a day off on June 16.

Research has found that almost one-quarter (23%) of vehicle trips in Scotland are less than a mile.

Air-quality campaigners believe these short journeys can be easily achieved by people walking, cycling or scooting.

Councillor Angus Millar, city convener for climate and transport at Glasgow City Council, said: “Clean Air Day is a fantastic campaign which draws people together and highlights nationally the impacts of air pollution and the steps we can all take to improve air quality. 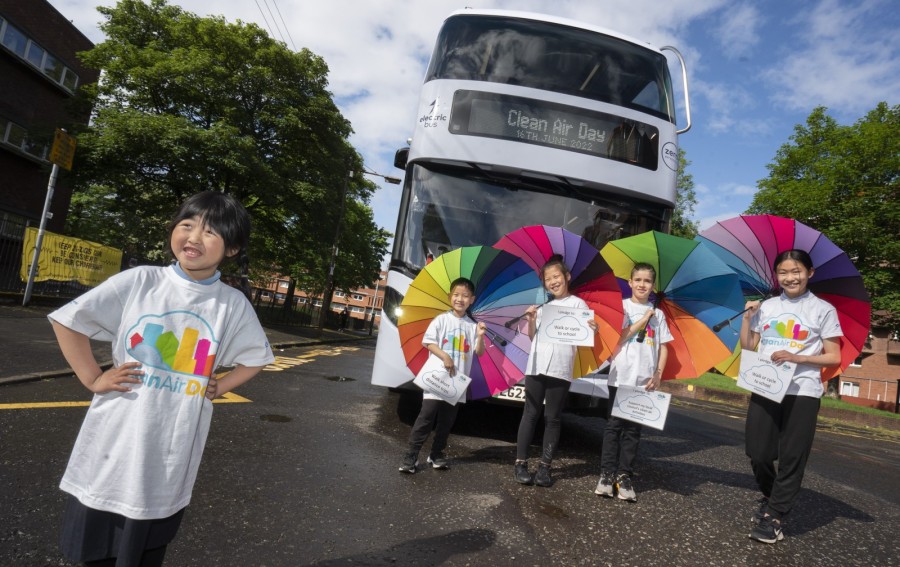 “The young people of St Joseph's are highly engaged on this health issue and this is clearly reflected in both their learning and enthusiasm to make a change.

"Toxic air has negative health impacts, particularly so on the young and therefore it's of vital importance to raise awareness and seek out what can often be simple ways to make the air cleaner and healthier for everyone.”

John Bynorth, policy and communications officer at Environmental Protection Scotland (EPS), said: “We are delighted to launch Clean Air Day with St Joseph’s Primary School during such a momentous year for air quality in Scotland.

“The proposals for Low Emission Zones to be implemented represent as big a milestone as the Clean Air Act of 1956, which tackled the problem of smogs in major cities caused by industrial emissions.

“Clean Air Day every year resonates more highly with people in Scotland and the campaign is now established as one that helps them make informed choices about their lifestyles to reduce their contribution to air pollution.”