Police believe it was attacked sometime late on Tuesday evening this week (February 12).

A memorial to heroic Scottish foot soldiers killed in the Boer War has been vandalised.

The sandstone monument to the Highland Light Infantry has stood in Kelvingrove Park since 1906.

The subject's feet have been hacked off and its facial features obliterated. 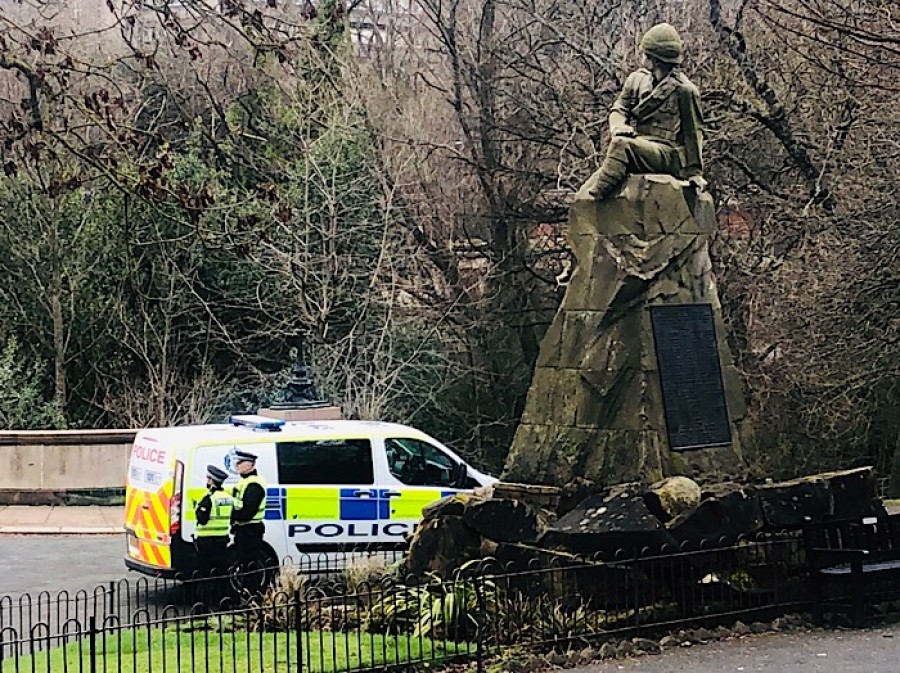 Scene: Police are investigating the attack which happened late on Tuesday evening

Police believe it was attacked sometime late on Tuesday evening this week (February 12).

The monument takes pride of place east of the grand Prince of Wales Bridge.

A man walking his dog witnessed two men attacking the statue with a hammer at around 11.30pm. 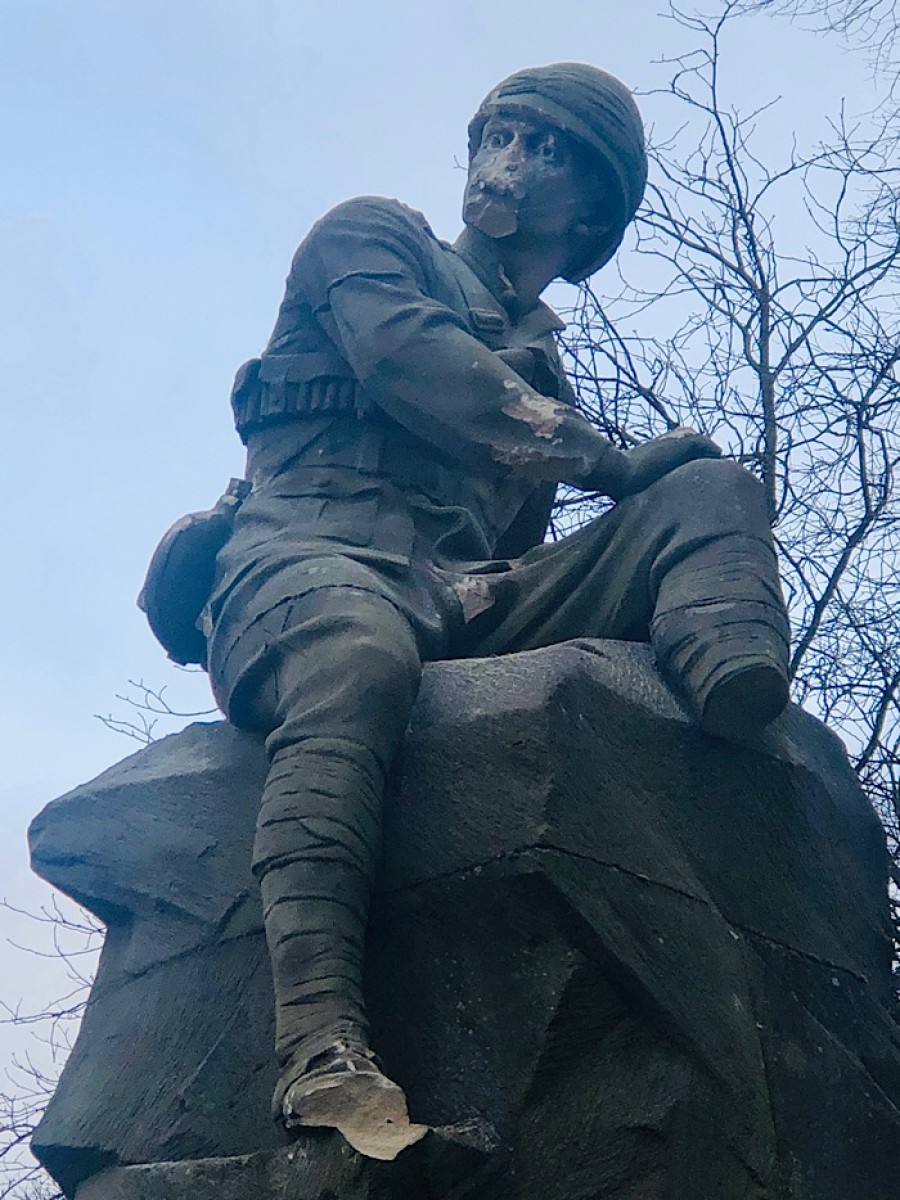 Damage: The soldier's feet have been removed and face chipped away

The culprits ran off after throwing a fragment of the statue into the nearby River Kelvin.

Parks officials at Glasgow City Council are assessing the damage.

A council spokesman said: “This is a truly depressing and shameful act of vandalism. 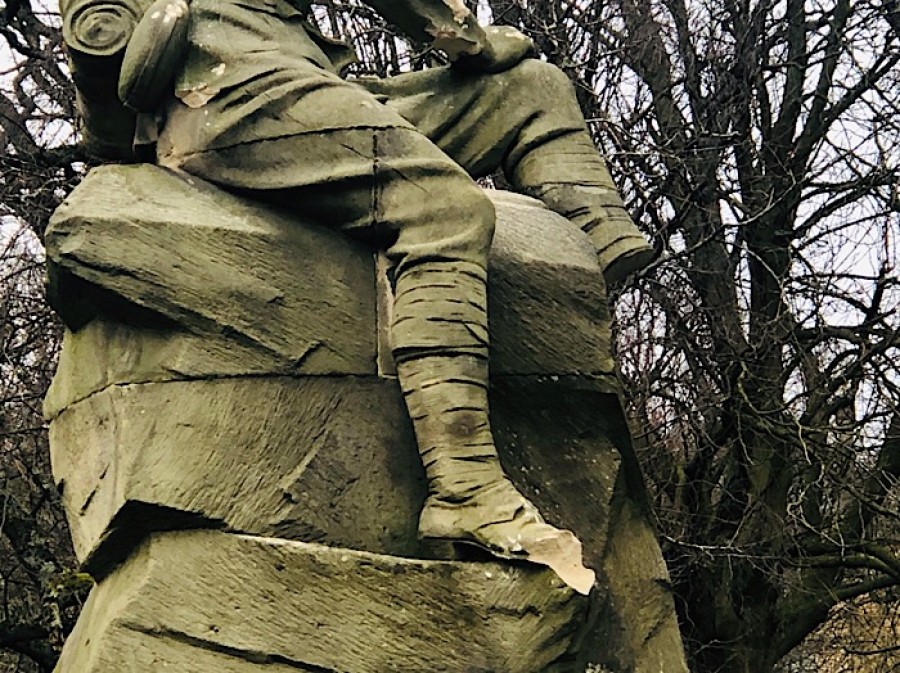 Mindless: Damage to the sandstone memorial is considerable 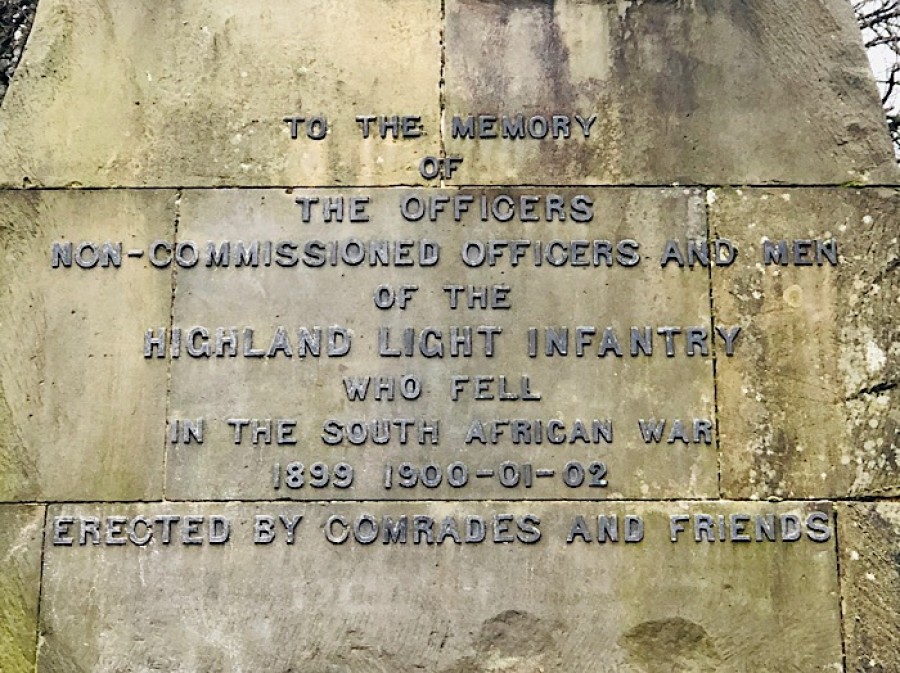 Commissioned: The statue was paid for by colleagues and friends of the soldiers who died

“The statue was originally raised by ordinary, local men in tribute to their fallen comrades and is very much part of the story of Glasgow.

“The roll of honour on the plinth still resonates sharply with families all across the city and they will be aghast at the damage done.

“Whoever is responsible has not only defaced a statue, but also put an ugly scar across a much loved public space.

“If anyone has any information about who was responsible then we urge them to contact the police.” 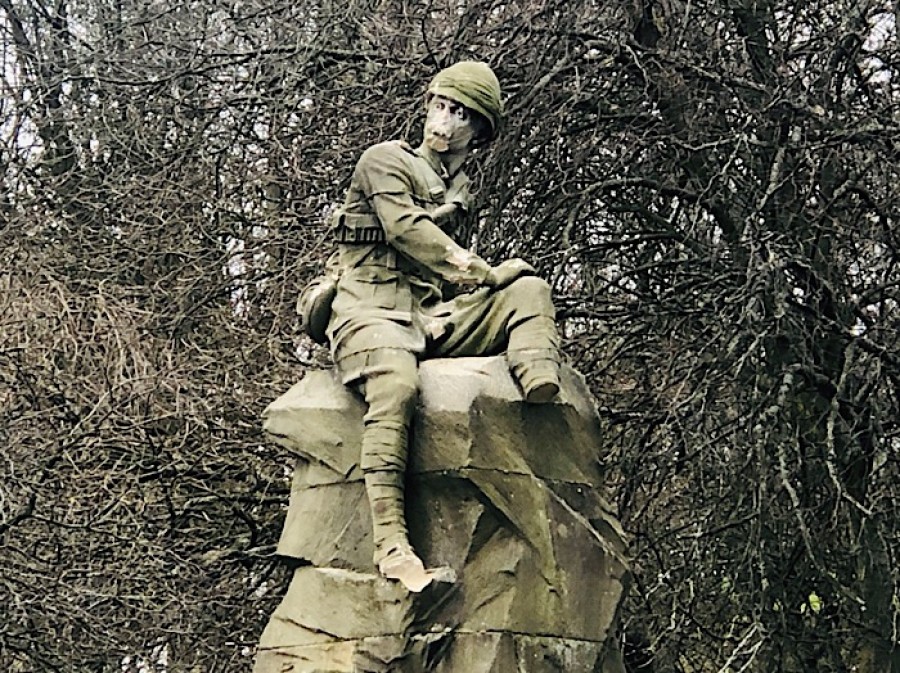 Sacred: The memorial east of the Prince of Wales Bridge was erected in 1906

The statue was made by the celebrated Scots sculptor William Birnie Rhind, who was responsible for many war memorial, including several in Edinburgh.

The inscription on the statue reads: "To the memory of the officers, non-commissioned officers and men of the Highland Light Infantry who fell in the South African War, 1899, 1900-01-02.

"Erected by comrades and friends."

The statue depicts a soldier who is sitting on a rock and wearing a pith helmet and puttees.