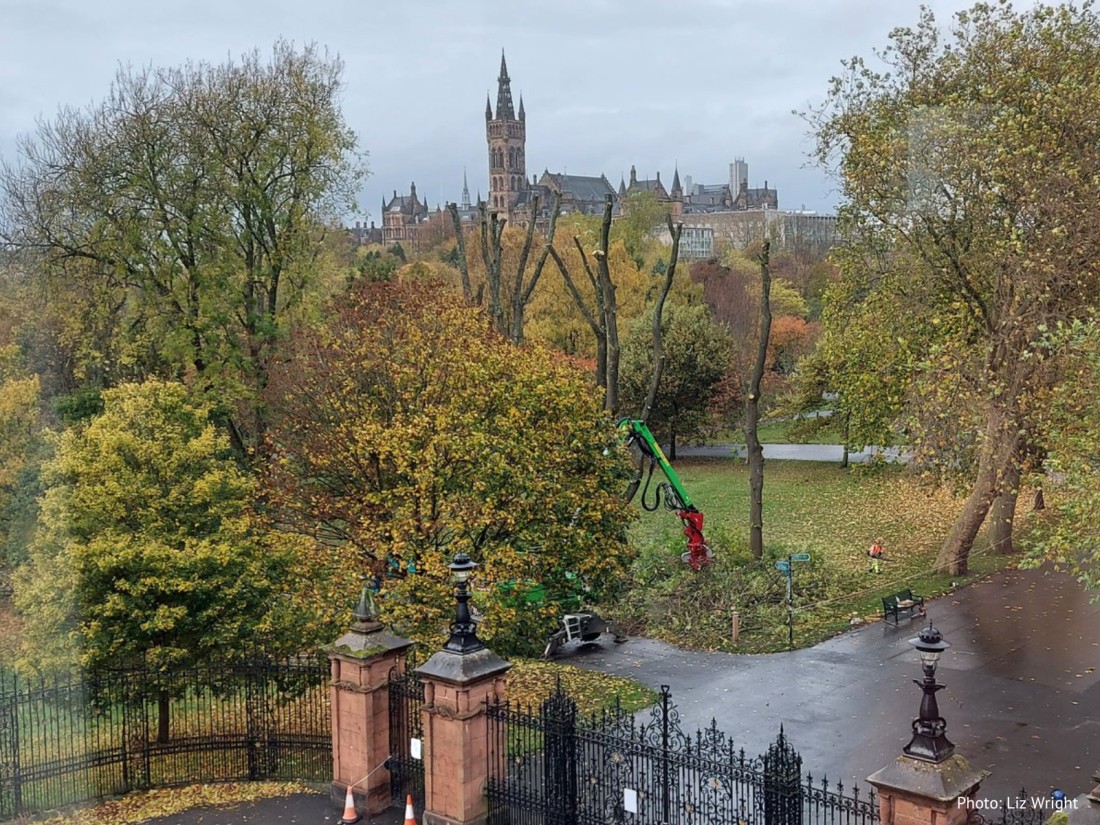 Eighteen diseased ash trees are being felled in Kelvingrove Park this week amid concerns for public safety.

Ash Dieback has taken hold of thousands of trees in Europe and across the UK in recent years.

Glasgow City Council has said it may have to cut down up to 31,000 trees over the next six years.

Around 35,000 of the city’s ash are thought to be at risk and mortality rates in other parts of the world suggest 90% of infected trees die.

In the summer, the oldest tree in the Botanic Gardens, a Weeping Ash that had been planted in 1818, had to be felled.

On Monday, contractors began removing the first of the trees in Kelvingrove by the main gates at Parkgrove Terrace and Royal Terrace. 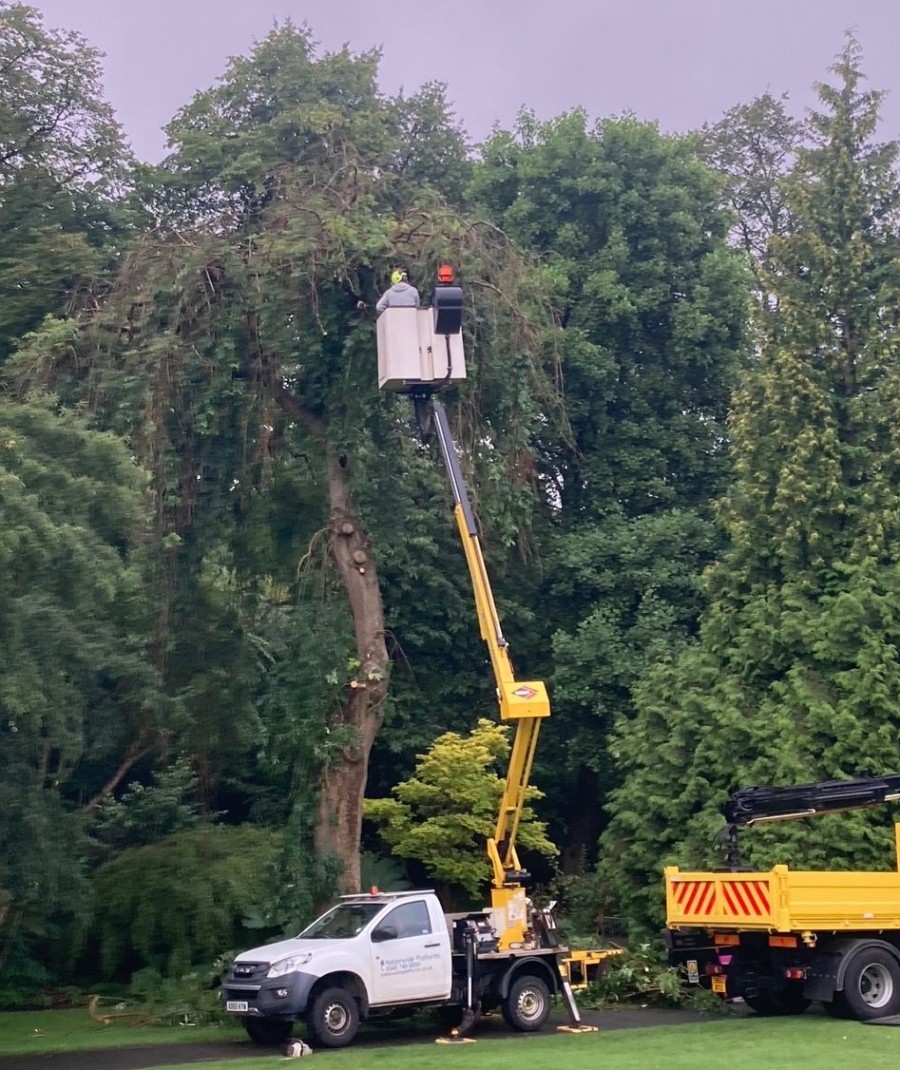 The oldest tree in Glasgow Botanic Gardens was removed in the summer. Photo: Glasgow City Council

A council spokesman said: "Sadly, Ash Dieback disease has infected eighteen trees in Kelvingrove Park, which have to be cut down as they are unstable and pose a risk to park users - particularly as autumn approaches with stronger winds.

"Infectious spores are spread by the wind and pose a danger mainly to older trees above 10 metres tall.

“Standing dead wood becomes brittle and there is a risk of falling timber.

"Glasgow has around 250,000 Ash trees - around half on council land and the other half on private property.

Sadly, Ash Dieback disease has infected eighteen trees in Kelvingrove Park, which have to be cut down as they are unstable and pose a risk to park users - particularly as autumn approaches with stronger winds.

“The disease, which is prevalent across the UK, poses a real threat to this beautiful species and the council has drawn up an Ash Dieback Action plan which includes inspecting trees and monitoring the spread of the disease."

The council’s action plan makes provision to replace all those trees that are removed if funds permit.

Ash dieback is caused by an airborne fungus and is the biggest issue affecting the UK's trees since Dutch elm disease led to the loss of millions of trees in the 1970s and 1980s.

The cost of felling all the city’s diseased ash trees could cost up to £38m, and money for replacements will need to be found on top of that.

The hope is that the Scottish Government and other agencies can help with the task.

Kelvingrove Park is home to hundreds of trees, and is enjoyed by tens of thousands of visitors every year.