Elfingrove gets under way at Kelvingrove with 170,000 people set to see spectacle

The magic is about to begin at Kelvingrove Art Gallery and Museum.

Elfingrove is taking over the landmark attraction after hours over the coming weeks.

More than 170,000 people are expected to visit the night-time tour of the museum and show.

The event is being staged by the same team who were behind the GlasGLOW spectacular at the city's Botanic Gardens in November. 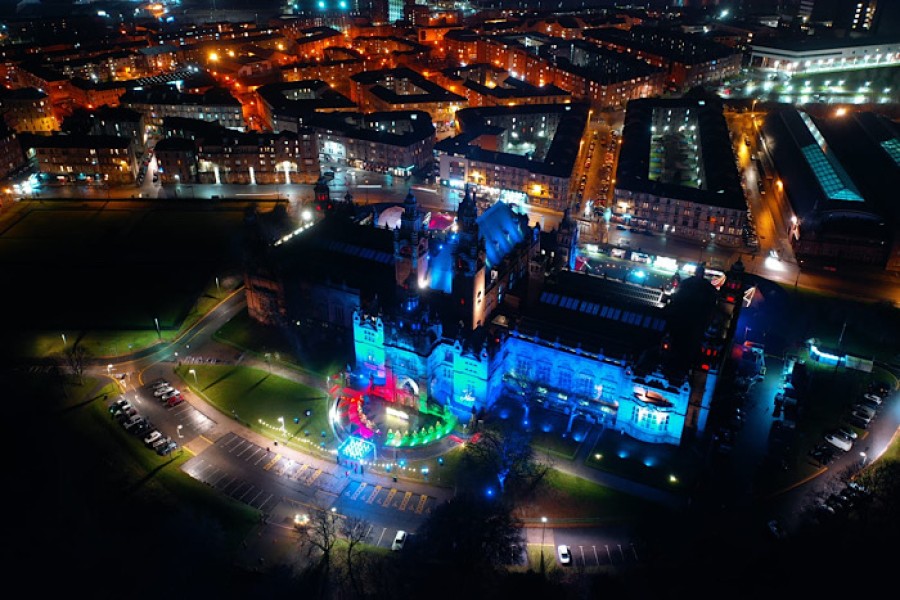 A press statement said: "Over 170,000 people are preparing to enjoy a spellbinding night-time tour of the museum, culminating in a show that captures the true magic of Christmas, where an ancient secret is finally revealed.

"All they have to do is believe…

"We’ve got some sneak peeks of the world-class production that brings the museum to life this Christmas through magical sound and light installations, and a large sprinkling of elf dust…"

Limited tickets are still available, but with 120,000 selling within the first 24 hours, you’ll need to be fast to avoid missing out.

The Elfingrove journey takes around 60 – 90 minutes and consists of three main parts:

The Tour - when the guard locks up at night. Described as Night at the Museum meets GlasGLOW meets Elf. Animals prowl and roar, ancient warriors battle, and as for the Spitfire…Discover one of Glasgow’s best loved buildings in a whole new light as you tour the museum, all brought to life with state-of-the-art projection, sound, lighting and a large dose of elf dust to create the most magical Christmas journey ever to be experienced.

The Show – Discover Santa’s Best Kept Secret. The Show is set to reveal Santa’s ancient secret, for the very first time, right here in Glasgow, changing everything you know about Christmas. Enjoy an incredible performance that will make you feel proud and fill your hearts with Christmas spirit, even for the Grinchiest of people…

The Winter Wonderland – Once you’ve finished your spell-binding journey you’ll step out into a magical fairy-lit Winter Wonderland featuring the UK’s first Silent Snow Disco! Sip hot toddies and Candy Cane cocktails at The Candy Bar – where elves go to drink; toast mallows at Marshmallowland and feast on the best of Glasgow’s street food plus some more all – singing, all – dancing surprises; all set against Kelvingrove’s incredibly lit façade.

The show is set to kick off Thursday 5th December and run daily through to the 5th January (excluding 24th – 26th December and 31st – 2nd January) with timeslots every 15 minutes from 5.30pm until 10.30pm.

itison is also launching E.L.F – The Elfingrove Legacy Fund – giving back to the local community and donating 1000 tickets to good causes across the city.

Kelvin Hall is to make films and TV series for the BBC, ITV, Sky, Channel 4 and Netflix, after a deal was struck with BBC Studioworks.

Return of the Ice Age … Elfingrove rink not just one-off

Scotland’s biggest ice rink is opening to the public and organisers say the attraction will be an annual event.