A submission to Glasgow's planning application committee gives brief details of the proposal.

A Subway sandwich bar franchise could be about to open in Hyndland.

An application has been submitted for alterations to the shopfront at 33 Clarence Drive. 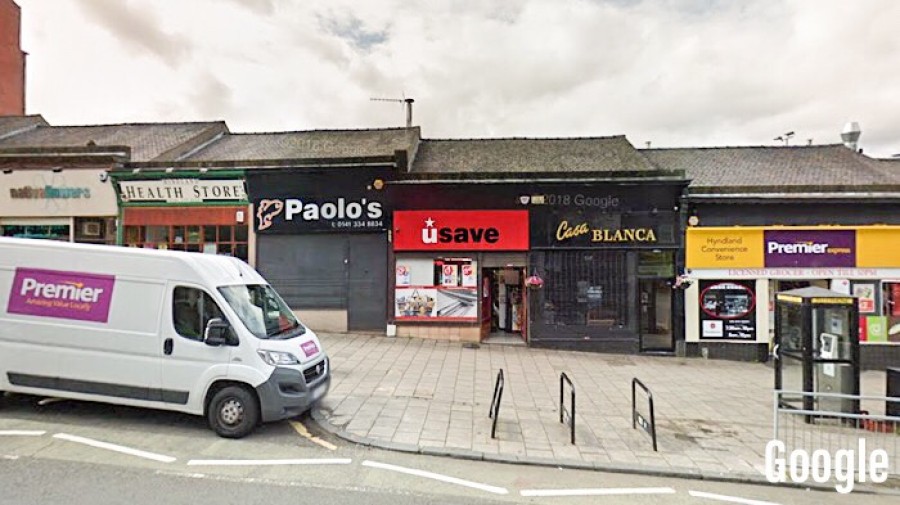 Location: the application relating to the Subway franchise is for 33 Clarence Drive

The premises is currently trading as a USave grocery store.

Hyndland Secondary School is within 200 metres of the proposed fast food outlet.

Other food outlets already trade on the same strip of shops.

A submission to Glasgow's planning application committee gives brief details of the proposal.

It seeks permission to paint the shop in Subway's green livery with steel shutters.

New signage and extractor fans to the rear are also proposed.

The applicant on the documentation is given as Glasgow-based SCS Retail.

A change of use application would not be needed as retail shops and sandwich bars are regarded the same in planning terms.

Concerns have been raised about the close proximity of fast food outlets to schools in the past.

In England, some local authorities have rules banning new fast food shops up to 800m from schools.

In a BBC report last year the chain said it was looking to open another 500 stores by 2020 bringing the number to 3,000.

It has recently said it leads the sector in its "commitment to healthier eating, setting best practice and meeting public health policy goals".