West End record shops is branching out to set up its own music label.

As the winter chill lingers across Glasgow, stacked racks of gleaming new vinyl set against clean whitewashed walls offer a welcome respite for any would-be wanderer in search of a place to shelter from the cold and warm their ears.

This music lover’s safe haven is LP Records, situated in the West End’s Park Road. One such fanatic, Lorenzo Pacitti, is behind this sanctuary.

A self-proclaimed music obsessive who channelled his love and knowledge of the medium into business, Lorenzo celebrated the one-year anniversary of the birth of LP Records at a gig hosted by like-minded neighbours The Hug and Pint in late October, and business is looking up.

Lorenzo does not adhere to the Nick Hornby-created middle-aged record store grumps of the novel High Fidelity; he is a spritely 22-year-old with bright, open minded ideas for how he wants his business to evolve and an enthusiastic knowledge and adoration of music in all its forms.

He is keen to point out that he has landed in his dream job. “It all just kind of makes sense to do this now. It’s more like I’m being a music obsessive for a living than anything business-y.”

Fresh out of a marketing degree at university and disillusioned with what was on offer next, Lorenzo saved up, interned at highly-regarded Seattle-based radio station KEXP and travelled to Austin, Texas, while figuring out what to do next. 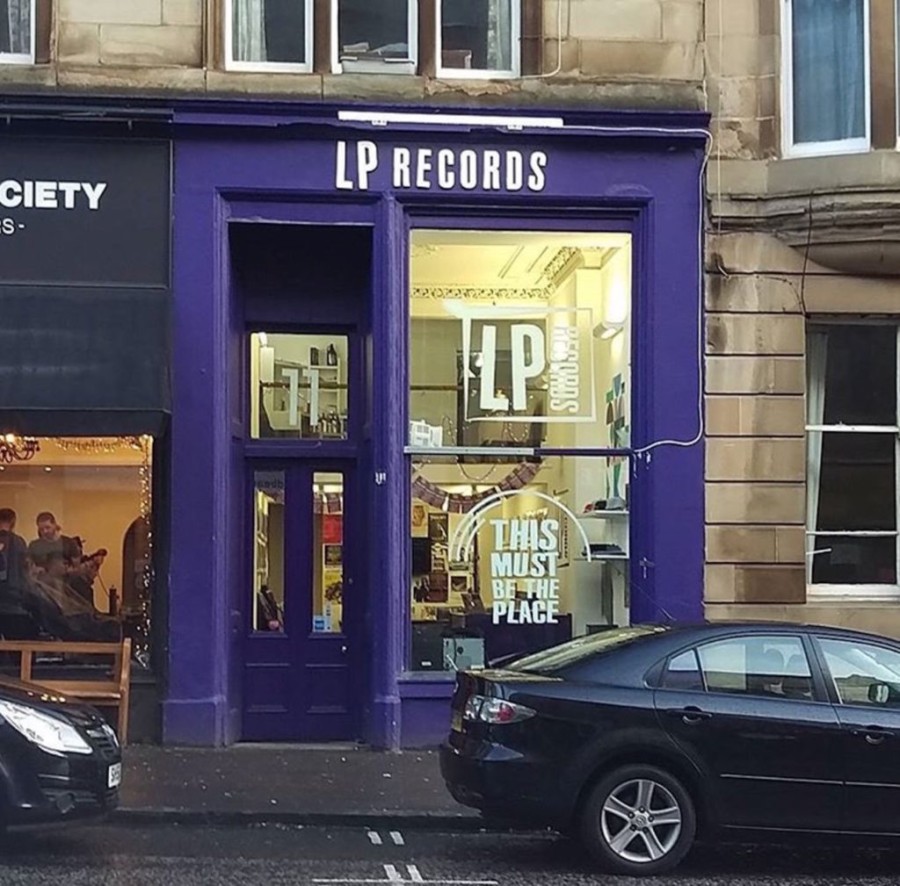 On his return home, it was as if the premises that now house this youthful, but increasingly influential, endeavour were calling out. “I stumbled across the shop in a state of total disrepair, no one else wanted to touch it. It was almost too good to be true, as if everything was falling into place.

"On the day I went to see it, everything seemed really doable so I began to have all these ideas for how it was going to look. And for ten hours a day, for two and a half months, I did the work to make it happen.”

Before even stepping foot in the shop, it’s obvious that music aficionados are in safe hands. From the self-referential name that mirrors Lorenzo’s initials and chosen stock (“As soon as I thought of it once, it was almost too fun not to do”) to the eye-catching colour scheme based on his love of the cover of Black Sabbath’s Master of Reality, it is clear Lorenzo has taken care over minute details that help make his store stand out.

But when asked how ready he was to be going into business, in his early twenties, in the unpredictable and fluctuating music industry, he is forthright: “I didn’t know anything about the business at all, and I didn’t have anyone to ask, so it was more a case of Googling around, trying to figure it out for myself.”

Indeed, at the outset it was not all plain sailing. “We started off completely on the wrong foot, I can’t even fathom how badly I did it when we opened compared to the way it is now.”

Despite initial wobbles, Lorenzo quickly learned the ropes. He began striking up relationships with distributors and putting on live in-store events, and is proud that LP Records has carved out a successful niche in what is a difficult market. He says: “Glasgow is a music city, and there are a lot of varied tastes that can’t be satisfied by one shop.”

Lorenzo is adamant that his finer approach to curation sets LP Records apart from other Glasgow vinyl institutions such as the Merchant City’s Monorail, or Mixed Up Records on Otago Lane. “Everything is curated by me and my team. We try really hard only to sell stuff we like.” 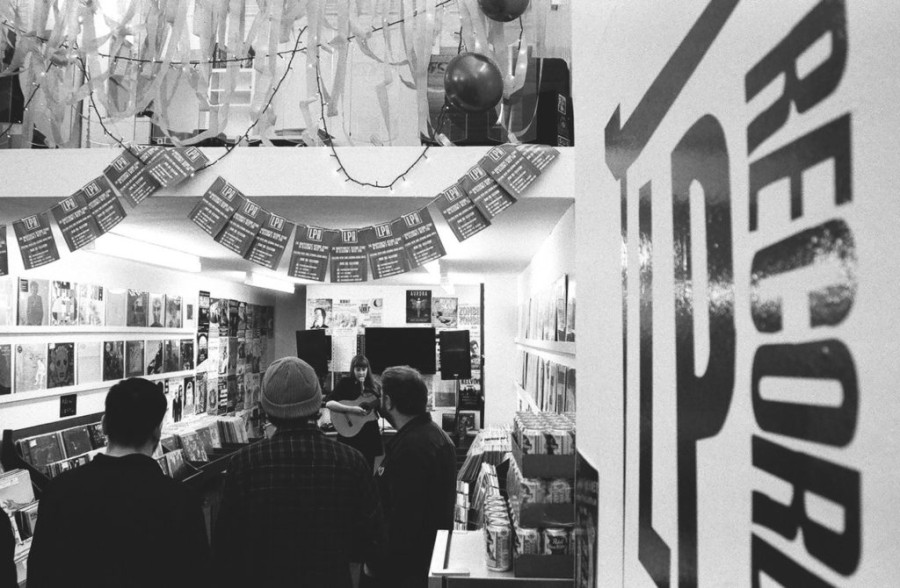 On track: Lorenzo prides himself on curating the stock in store. Photo credit: Tom Johnson.

He quickly searches around the shop, taking in the vinyl mounted on the walls and shelves like it is second nature. “90 per cent of our stock – something big anyway – you can only get here. I’m looking around and genuinely you can’t get it anywhere else in the city.”

LP Records have been especially vocal in championing the “stuff” they like through Lorenzo’s busy social media presence. Click through to the store’s Twitter feed and you will witness comments waxing lyrical about fantastic records from the likes of Pinegrove, Car Seat Headrest and Danny Brown. LP’s album of the moment seems to be Stormzy’s Gang Signs & Prayers.

Talking shop, naturally our conversation turns to why the vinyl business is booming. Lorenzo becomes understandably animated: “The vinyl revival thing really annoys me. The more people treat it like a fad, as a style thing, the more dangerous it is. The industry is going to eat itself, go back into a dark cycle and vinyl will be ‘back again’ in 20 years.”

It is clear his passion for the format betrays his young age in a way some dyed-in-the-wool record collectors might not expect. “The reason we love vinyl isn’t because it’s cool, it’s because we’re into physical music and owning our music, and vinyl is the best format for that – that’s all that needs celebrating.”

As happy as he is to tell me about his entrepreneurial efforts, Lorenzo is more eager to discuss the actual music etched in the grooves of the vinyl that lines his shop walls. 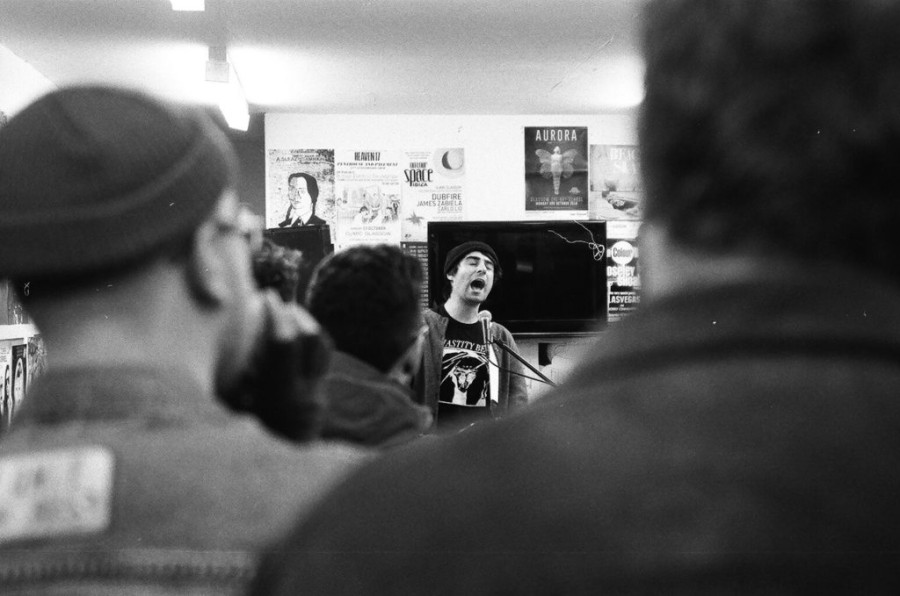 Passion: Vinyl revival is not a fad but a move to physical ownership of music, says Lorenzo Pacitti. Photo credit: Tom Johnson.

From emo revivalists Touché Amoré to Chicago rapper Noname, Lorenzo is thrilled that such great music has been released in the first year of his shop’s existence. “It benefits everyone who enters the shop that we envelope ourselves in new music, because that’s what we deal in – we’re obsessed with new music.”

He explains why this is important: “We’re trying to be tastemakers as much as we are a record shop. When we play some of our favourite records in store, like Julien Baker’s Sprained Ankle, and a customer falls in love with it, and buys it – that’s how you dream of wanting this place to work.”

It is becoming obvious the city has a new hub around which vinyl enthusiasts can congregate. I ask Lorenzo how far he thinks it can go. He coyly replies: “We’ve got plans.”

These plans consist of the next logical step in the evolution of LP Records – it is now not only a record store but also a record label.

Watch: The store on Park Road hosted a party to launch the new label.

Over the course of a day long announcement, hosted by online music platforms Gold Flake Paint, Track 7 and The Line of Best Fit, LP Records was not only able to hype up its big step forward, but deliver on it too.

The first three signings – local bands American Clay, The Great Albatross and Codist – exemplify the diversity of genres that Lorenzo and his staff practise when choosing stock, showcasing blissful shoegaze to delicate and affecting folk. That principle looks set to extend the business of the label as it evolves.

* Tony Inglis is a freelance writer based in the West End of Glasgow. You can see this article and more of Tony's work here. Title image: photo credit Tom Johnson.