Nobody was injured as a result of the fire however there is extensive damage to the building.

A fire which caused extensive damage to a converted church building in Hillhead was "deliberate", according to police.

The blaze broke out in the former Belmont Church in Lilybank Terrace on Great George Street in the early hours of Sunday morning. 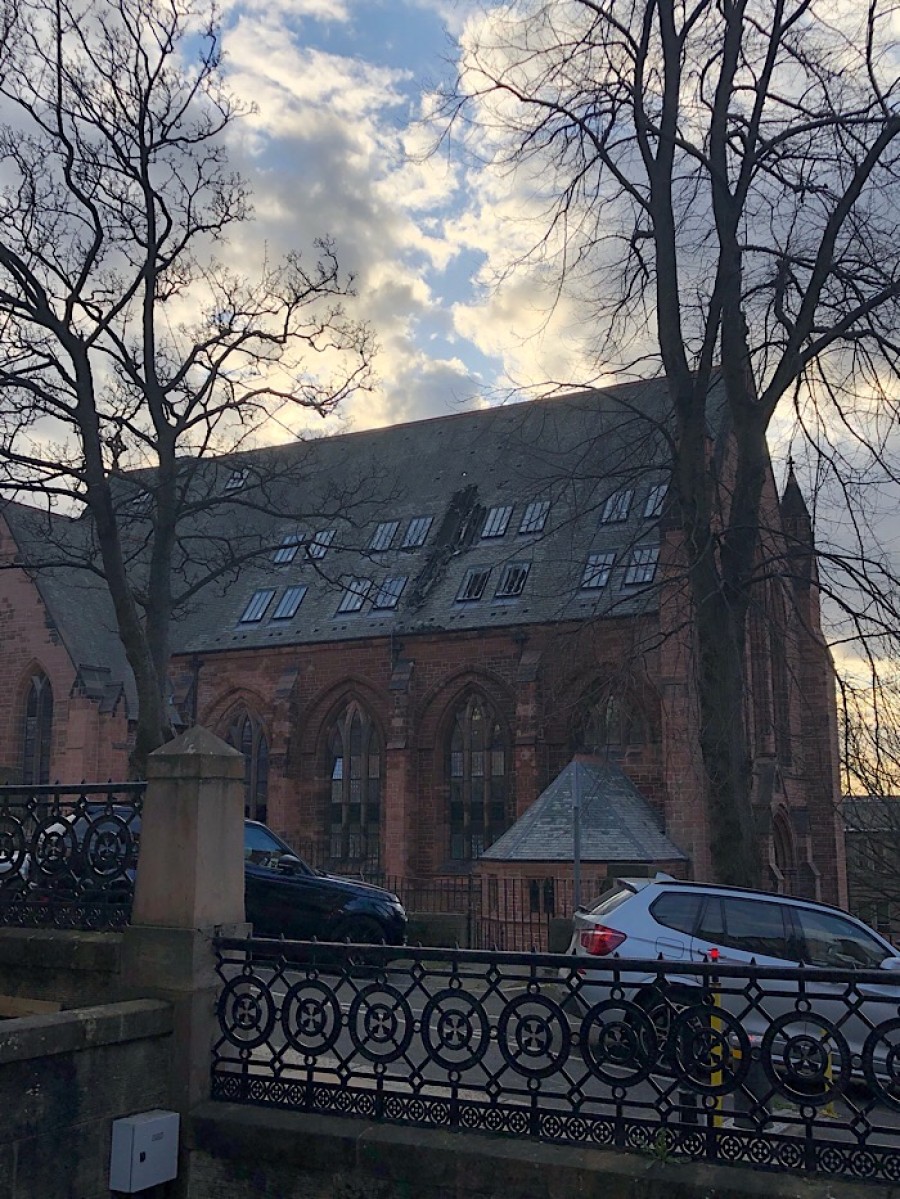 Deliberate: Police are treating the blaze on Sunday as wilful fire-raising

Police Scotland now say they are treating it as a case of wilful fire-raising.

Nobody was injured as a result of the fire however there is extensive damage to the building.

Detective Inspector Gillian Faulds is based at Drumchapel CID.

She said: “We believe that this fire was deliberate and therefore we are carrying out enquiries to trace the person or persons responsible.

“Anybody who starts a fire is reckless and irresponsible and it was extremely fortunate that nobody was injured during this incident.

“We are appealing for anybody who may have been in the area at the time, perhaps coming home from a night out, or having been woken during the night, to think back?

"Do you remember seeing anybody in the area acting suspiciously before the fire?

"We urge you to get in touch and let us decide if the information is relevant or not, the slightest piece of information could be crucial to the investigation.”

The stunning Belmont West redevelopment was being undertaken by Glasgow-based RH Contracts.

The church dates to 1894 and, according to the firm's website, "has incredible traditional, historic features that we were committed to making the hero of the development".

The scheme has been recognised in the industry for its architectural excellence.

Last year, it picked up UK 'property development of the year' at the prestigious Property Investor Awards in London.

The company was set up by Ross Harper.

The awards website says of him: "Ross is a trader developer from Glasgow.

"He owns Auction House Scotland and The Glasgow Property agency.

"He’s Managing Trustee of the Next Step Foundation having set it up to transition sports people into Life after Sport."

RH Contracts has not replied to our requests for comment since the fire.

The building was orginially a place of worship as Belmont and Lilybank Churches.

Later it became the prestigious Laurel Bank school for girls.

Anybody with any information should contact Police via 101, quoting incident number 0485 of Sunday 31 March 2019.

Alternatively you can contact CRIMESTOPPERS on 0800 555 111 where information can be given in confidence.