'Fossil Grove visitors may be concerned at clearing work, but it will be for the better'

Friends of Victoria Park want to restore the pond and create a fernery more in keeping with the habitat.

The transformation of one of Glasgow's hidden jewels is under way.

Substantial clearing work has begun in the grounds around Fossil Grove in Victoria Park.

Colour: the grounds leading to the quarry area where the work is under way

It is part of plans to turn the clock back at the attraction.

Friends of Victoria Park want to restore the pond and create a fernery more in keeping with the habitat.

The former quarry has become overgrown in recent years.

The work will help expose rock strata and open up the site to other rock plants.

The grounds are host to the geologically-important fossiled tree stumps that are housed in a special enclosure. 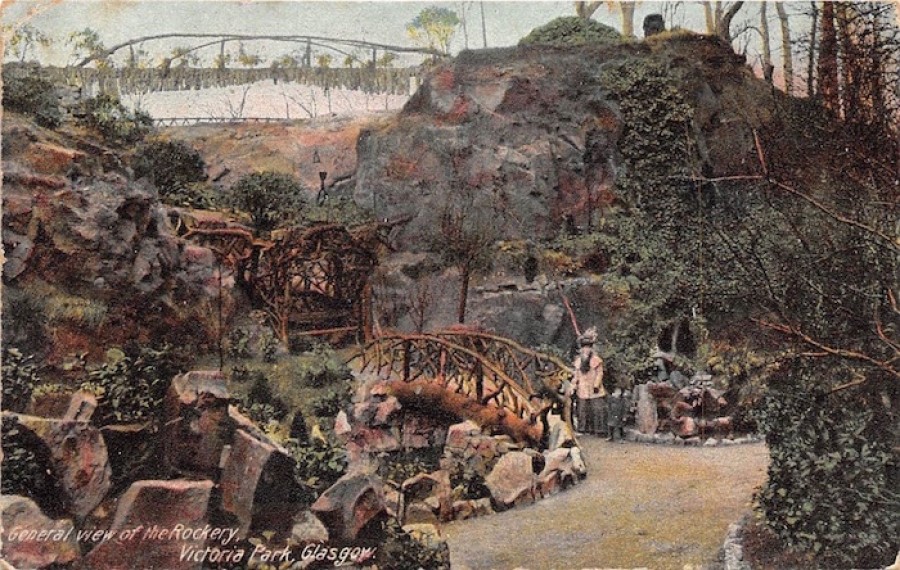 Postcard: how the Fossil Grove grounds used to look in their heyday

"We have been in discussions with the Council’s Land Services for some time about how we can improve the gardens around the Fossil Grove," Richard told the Friends' website.

"We are now seeking funds to restore the pond and establish a fernery.

"Ferns will be easier to maintain than formal gardens and reflect the fact that the stone ‘tree trunks’ were themselves were originally tree ferns.”

The Friends aim to restore the original pond which will be lined in clay, reinstate the water feed and rebuild the rustic bridge shown in old postcards.

Quotes have already been received for this work.

But before any progress can be made, a lot of vegetation needs to be cleared from the site.

The work is scheduled to last four weeks with some ongoing maintenance over the next two years.

The Friends warn that The Grove will look worse for a while until projects to revive the pond and establish the fernery are well under way. 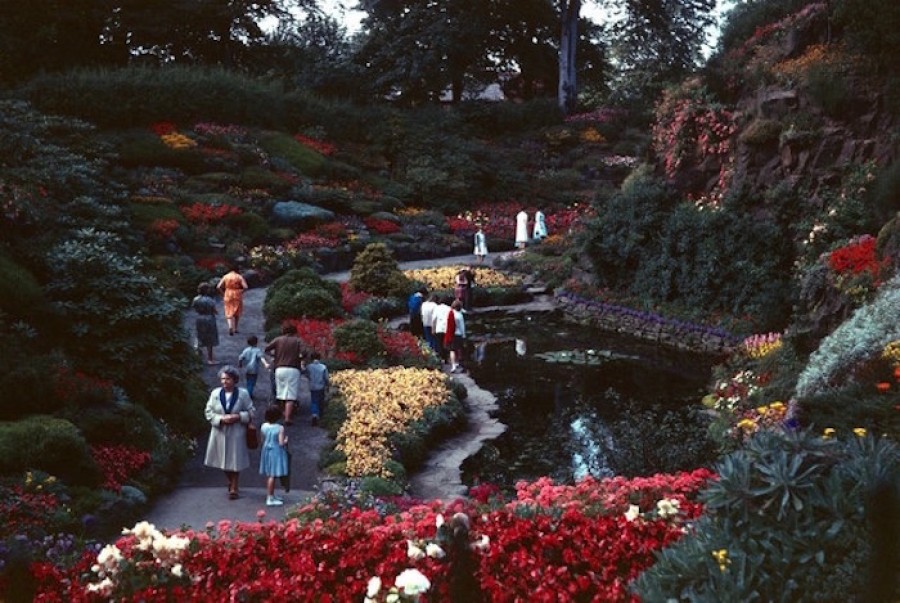 Rockery: flowering plants that take a lot of maintenance will make way for ferns and rock plants

Richard explains: “We appreciate that some visitors to the site may be concerned to see so much clearing taking place but it is becoming totally overgrown.

"The Friends have worked with the Glasgow Geology Group to do some clearing on a voluntary basis.

"But this new contract which was well received recently by the Victoria Park Placemaking Group will enable a great deal more to be done.

"We are very pleased that this first step towards improving the gardens around the Fossil Grove is now under way.”