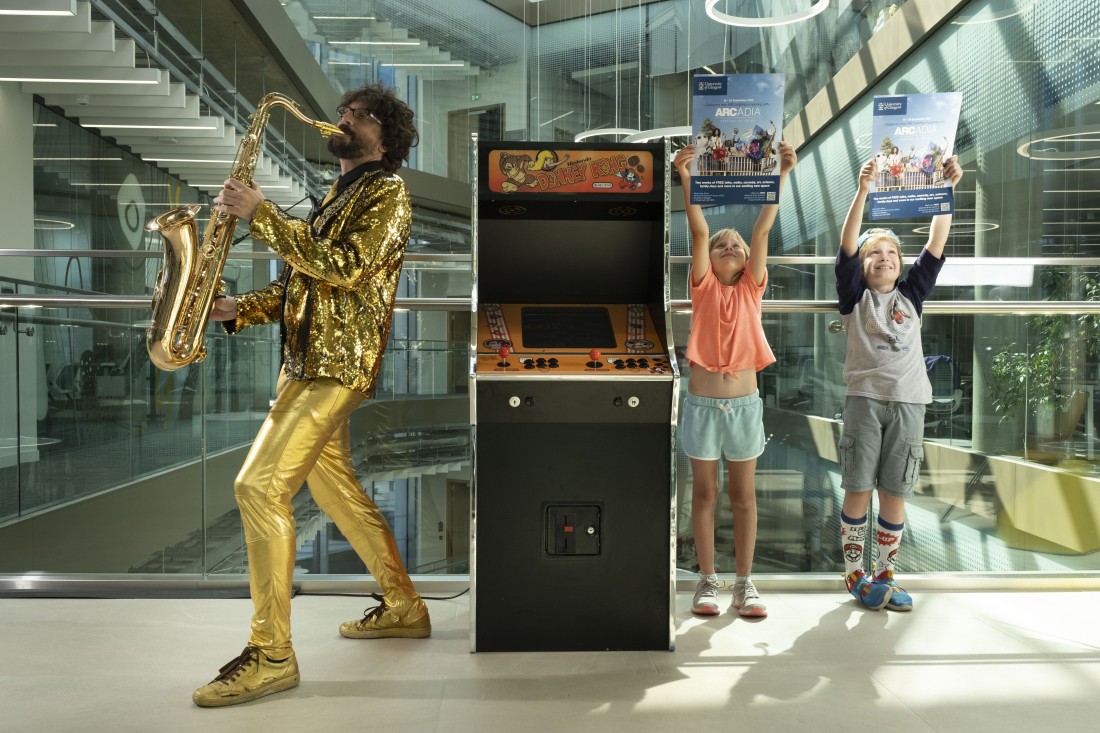 The ARCadia Festival of Ideas

A two-week festival of free events kicks off in the West End next month.

The fun, family programme is being hosted at the University of Glasgow’s newly-opened Advanced Research Centre, or ARC.

The ARCadia Festival of Ideas aims to establish the ARC as a significant contributor to everyday life in Glasgow’s West End, according to the university.

Other events include an outdoor ceilidh, art exhibits, a virtual reality celebration of Robert Burns, and much more.

The ground floor of the ARC, which will later this year include a café and restaurant, is open to the general public.

The £116m building is one of the new additions on the site of the former Western Infirmary.

It is home to a multidisciplinary group of researchers tackling a whole range of global issues, from climate change to healthcare. 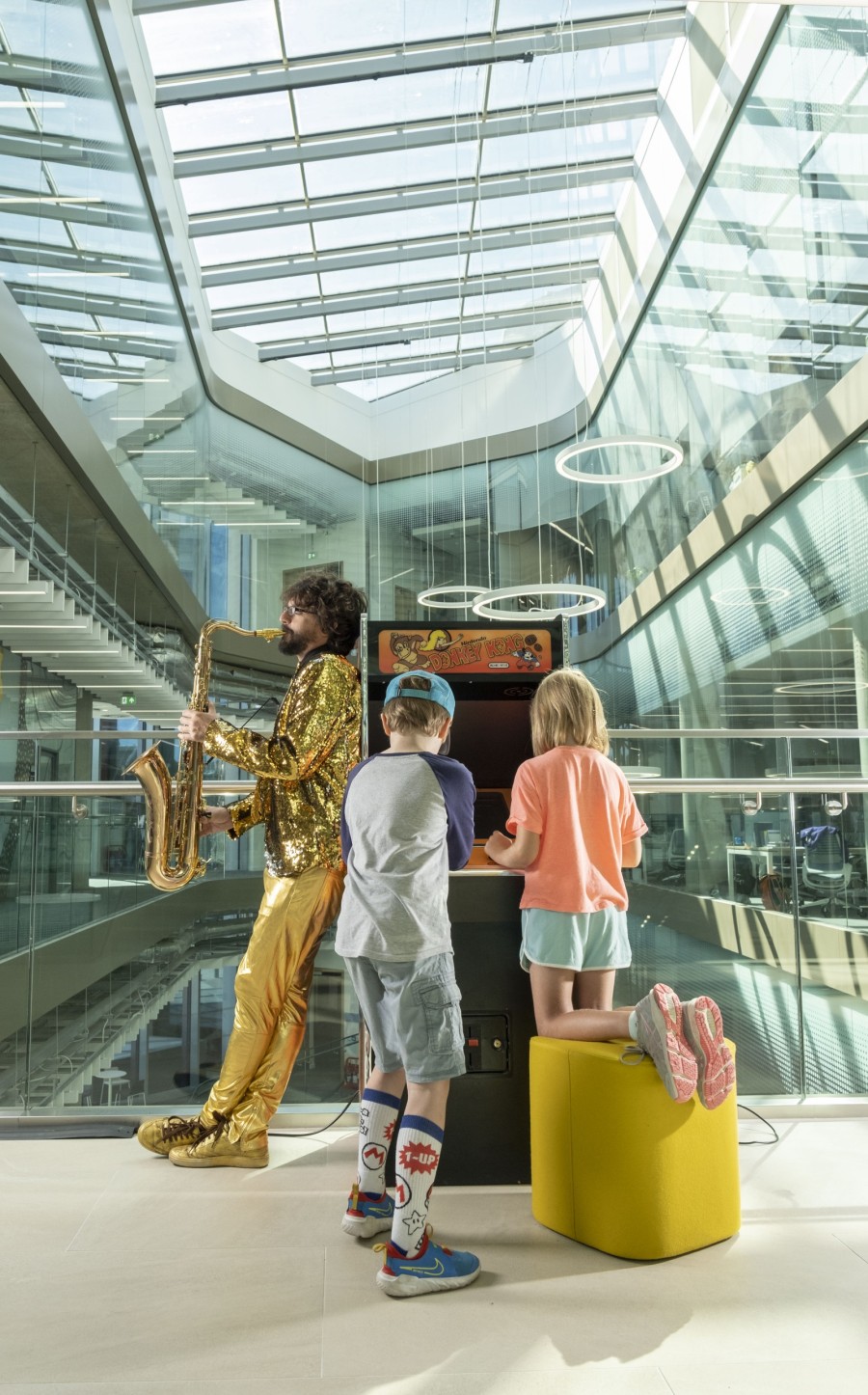 The ARCadia Festival of Ideas will feature a host of events

More than 65 free, all-ages events make up the festival, hosted by students and staff from the University of Glasgow and community partners.

On the opening night, the atrium will be transformed into a cinema for a screening of 90s classic ‘Mars Attacks!’, followed by a discussion with scientists working on Martian research.

The Children’s Wood, Partick Community Growing Project and The Annexe Healthy Living Centre are among the community groups taking part.

Jane Cowie from The Annexe centre said: “Having something where the University is welcoming the community is absolutely massive. The combination of the community, university and research is wow.”

The ARC will also platform voices from underserved or underrepresented communities, with events involving the Maryhill Integration Network, local charities, and the Africa in Motion Film Festival.

There will also be events led by LGBTQ+ and Gypsy, Traveller, Roma, Showmen and Boater communities.

Having something where the University is welcoming the community is absolutely massive. The combination of the community, university and research is wow.

A wide range of research will be on show during the festival, including the University’s response to the pandemic.

COVID 19: A Community Conversation' will create space for the university and local community to share their experiences of the pandemic, from personal stories to the research response. This will include a specially commissioned theatre piece and exhibition.

ARCadia festival manager Dr Zara Gladman said: “The ARC is a stunning new building but it’s the people who will bring it to life.

"ARCadia is an invitation to the whole community to get involved, and this is reflected in our diverse programme“At ARCadia you can meet a cute robot, watch comedy and drag, dip into the latest health research, explore virtual reality and even dance in an outdoor ceilidh. 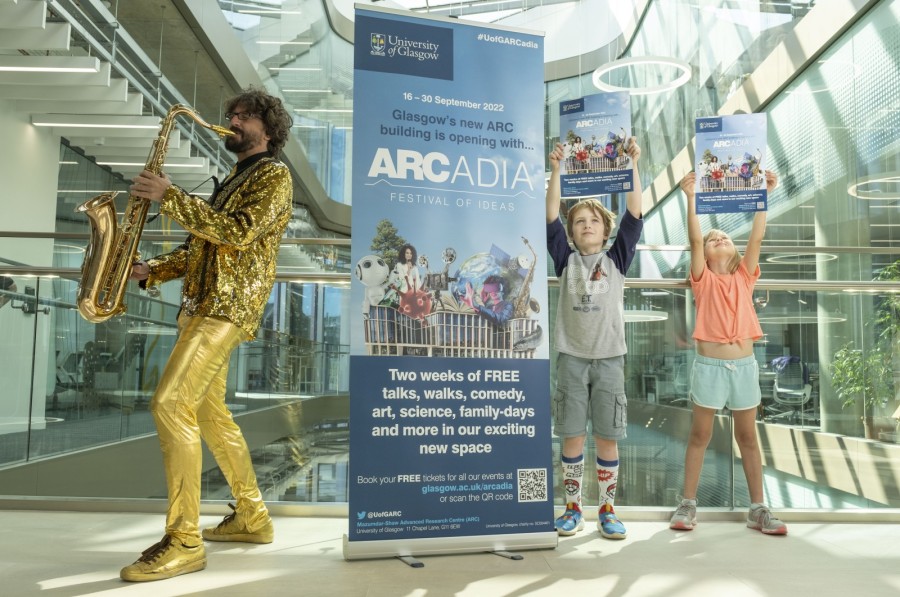 More than 65 free, all-ages events make up the festival

“Many events are being led in partnership with groups outside of the university, from charities to local businesses and artists.

“The ARC is a new focal point for Glasgow to come together, share ideas and shape the future of the research happening here. ARCadia is just the beginning - and I hope to see you there!”