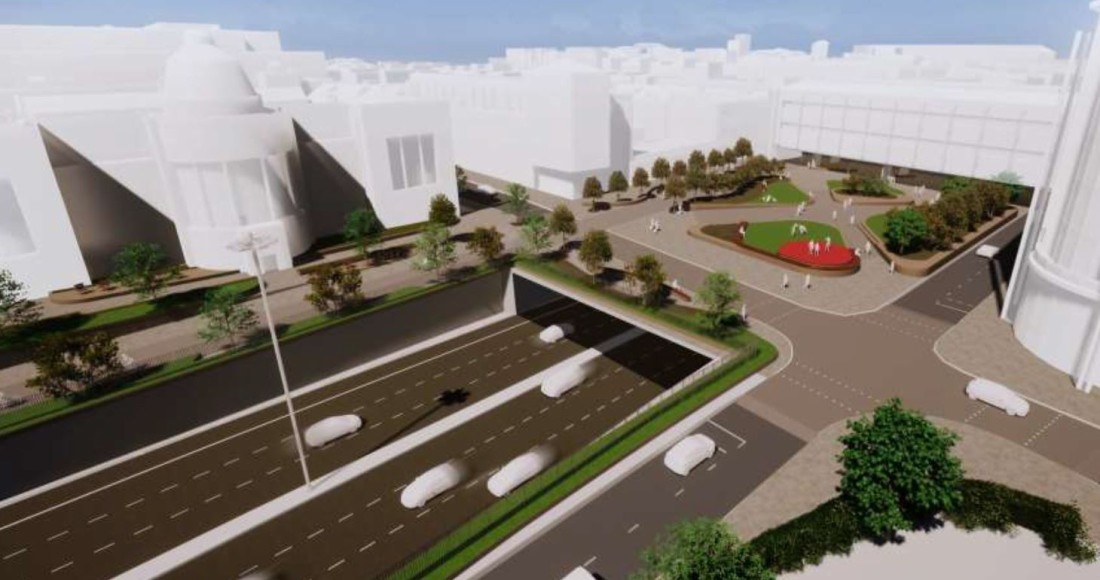 A plan to cover the M8 motorway at Charing Cross with a giant ‘garden cap’ is to seek UK government funding.

The giant roof structure would reconnect the city centre with the West End, Woodside and Woodlands.

The bid is one of seven being prepared by the city council for Levelling Up Fund (LUF) money.

The others include the People’s Palace and Winter Gardens; regeneration projects in Drumchapel, Easterhouse, Maryhill and Possilpark; and the Clyde Connectivity scheme at Govan.

The LUF has £800million available for three rounds of projects in Scotland, Northern Ireland and Wales under three themes - smaller transport schemes that will make a genuine difference in local areas; town centre and high street regeneration; and support for the maintenance and expansion of cultural and heritage assets.

Bids will be submitted to the UK Government on 6 July.

A successful £13.05million bid was made to the first call of the LUF last year for the for Pollok Country Park Stables and Courtyard project, now under way. 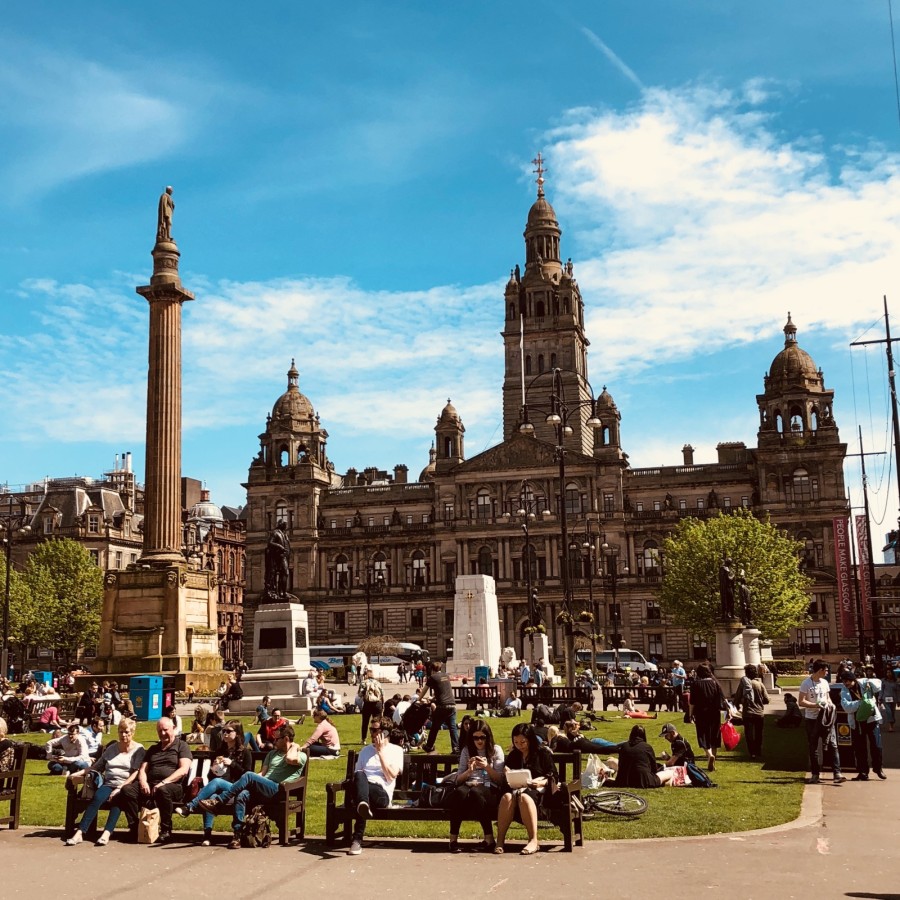 Seven bids for projects in Glasgow will be made.

Councillor Susan Aitken, Leader of Glasgow City Council, said: “The ambitious new bids to be submitted to the Levelling Up Fund offer the opportunity to bring a range of real economic, environmental and social benefits to either local communities or the wider city.

“There is a very strong case being made for these bids, any and all of which would make a difference to Glasgow.”

Decisions on the Glasgow bids for the second LUF call are expected to be made by the UK Government in the Autumn.

This project would see a complete reconfiguration of the Charing Cross area in terms of transport and public realm, through a transformational project that would see the construction of a garden cap over the M8 between Sauchiehall Street and Bath Street; creating a peaceful green space offering a new community asset to residents, visitors and local businesses. The space would reconnect the city centre with the West End, extending the impact of - and connecting to - the Avenues Programme (Sauchiehall, Elmbank, and St Vincent Streets), as well as the Connecting Woodside project.

This project would refurbish both the People’s Palace and Winter Gardens to restore the building’s potential to play its pivotal role as a local amenity in one of Glasgow’s most deprived neighbourhoods, as Glasgow’s Local History Museum and as an integrated part of Glasgow’s events infrastructure. The restoration would ensure this invaluable heritage asset can be maintained and preserved for future generations, paving the way for its sustainable future.

This proposal would deliver the regeneration of the core of the designated Drumchapel Town Centre focused on the shopping centre, its immediate environs and wider connectivity to improve accessibility and patronage. The proposal would link to the community hub investment proposed for the area, with public realm and active travel improvements supporting the redevelopment of the site.

The proposal includes enhancement of the Lochs Shopping Centre building, public realm improvements at key access points, including the car park and public entrances, and wider access improvements to the active travel network to increase patronage and accessibility withing the local town centre, particularly focused on links to existing facilities and the Seven Lochs Wetland Park.

This proposal would advance delivery of regeneration within Maryhill Town Centre and the adjacent Transformational Regeneration Area, and help unlock development through a green infrastructure strategy. The project also aims to forge improved physical and active travel links to the city-wide active travel network and the local canal, including the Stockingfield Junction.

This proposal would deliver a step change in the regeneration of Possilpark, focused on Saracen Street, Stonyhurst & Allander Streets, a number of adjacent brownfield sites, the creation of the new urban park at Cowlairs with the associated development platform, and the adoption of Carlisle Street. This local town centre provides an accessible mix of shops and services and have significant potential for growth and place improvement.

This proposal combines work packages that provide a people focus by removing the barriers of 1960s-style highway infrastructure and connecting the community with the QEUH, SEC and Glasgow city centre to the wider West of Scotland economic area. This will include new active travel infrastructure, placemaking measures, green infrastructure, development opportunities and parking controls in the G51 area that will unlock multiple sites for increased connectivity and investment.