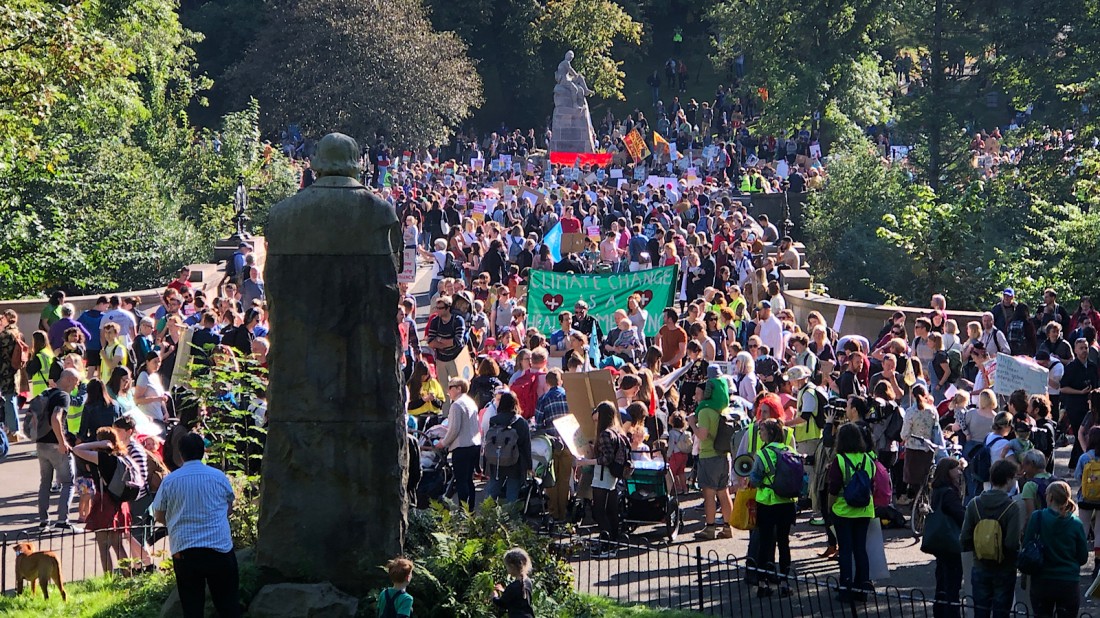 Glasgow residents are being warned of major disruption in the coming days around the COP26 climate talks.

And city authorities say the number of attendees could be even higher.

Significant road closures to support the safety and security of the processions will be in place.

Both marches leave Kelvingrove Park and make their way into town.

On both days several roads will be restricted between certain times as well as road closures.

Rolling road closures on Friday (5 November) will see roads close at 09:00 before the procession starts and reopen once the parade has passed and it is deemed safe to do so.

He said: “Friday and Saturday are both expected to be very busy days in the city with tens of thousands of people participating in two large-scale processions.

“Both events will route along a number of roads in the west end and city centre with resections and road closures in place.

“The same COP26 travel advice applies to the travelling public on these days, please plan ahead and leave extra time for your journey, particularly if you are moving in and around the affected areas.”

Youth and Public Empowerment Day on Friday, 5 November will see a procession with 8,000 participants taking to the city’s streets.

The Climate Strike has been organised by Fridays for Future Scotland, which was founded by young people, and inspired by activist Greta Thunberg who is expected to attend

The procession will leaving Kelvingrove Park at 11.30am, and makes its way to George Square.

On Saturday 6 November, 50,000 people are expected to take part in a procession from Kelvingrove Park to Glasgow Green.

As part of a Global Day of Action for Climate Justice, the event is organised by the COP26 Coalition, a UK based, civil society partnership campaigning for climate justice.

Those taking part will assemble at Kelvingrove Park, departing at 12.30pm before travelling along Argyle Street, St Vincent Street, George Street and down High Street towards Glasgow Green.

Assistant Chief Constable Gary Ritchie said: "We have been working closely with partner organisations to plan and prepare for these high-profile events, which will bring thousands of people onto the streets of Glasgow as part of COP26. We will have police officers and staff deployed to facilitate peaceful and safe events on both days.

Residents are asked to plan ahead and leave extra time for journeys.

"Police Scotland is a rights-based organisation that puts our values of integrity, fairness, respect and a commitment to upholding human rights at the heart of everything we do. This means that we will protect the rights of people who wish to peacefully protest or counter-protest at COP26, balanced against the rights of the wider community.

"Our approach will continue to be proportionate and responsive to support the delivery of a safe and secure COP26."

People are asked to visit getreadyglasgow.com to see maps of the procession routes and check latest travel updates before setting out.
Share this story