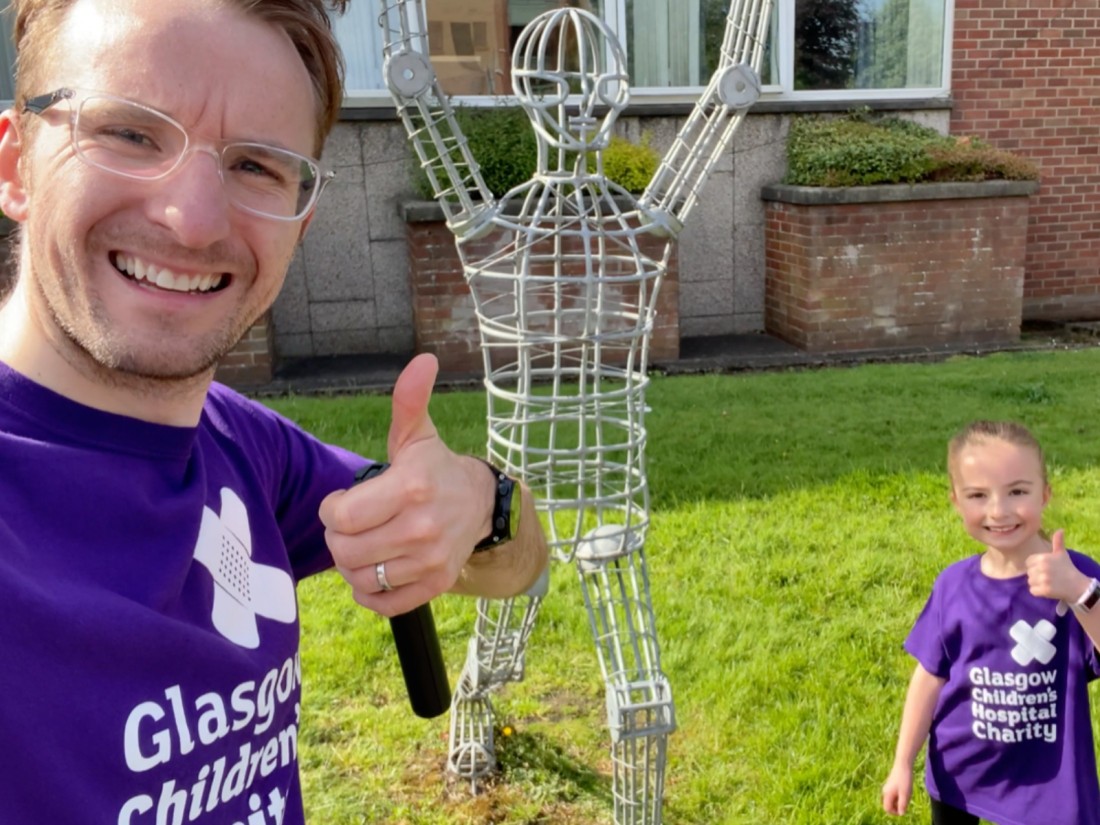 A Jordanhill man has just completed an epic charity feat.

But Scott reckons the total is higher still and more like 2,600 miles.

That works out at roughly 100 marathons in 12 months - or nearly two every week.

Scott, who works for energy research and consultancy business Wood Mackenzie, only took up running at the start of lockdown last year.

The money raised is going to the Royal Hospital for Sick Children where his mum worked for 40 years. 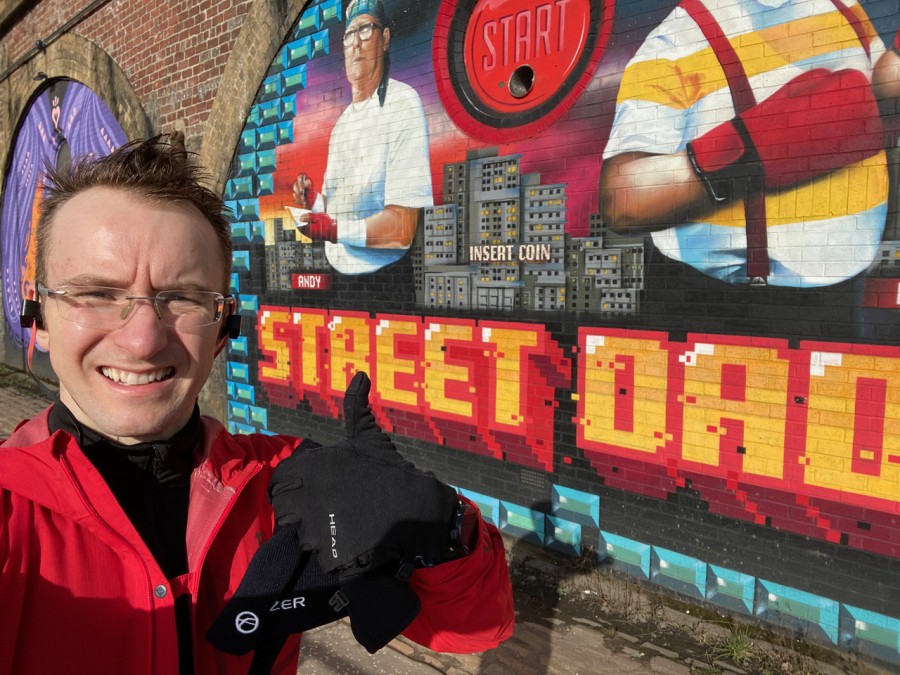 Scott takes in the sights of the city on his runs.

According to Scott, Wood Mackenzie will match his target and double the amount raised.

And we say there is still time to donate to Scott’s great cause.

Scott told Glasgow West End Today: “I only just started running at the beginning of Covid.

“I wouldn’t say I was overweight, but I certainly wasn't the fittest person.

“A friend of mine had done a similar challenge, and I thought let's have a go in 2021.

“It’s been a tremendous challenge and very rewarding.”

He said: “We have posted a video every single day for every run.

“The minimum I ran every single day was 10km. 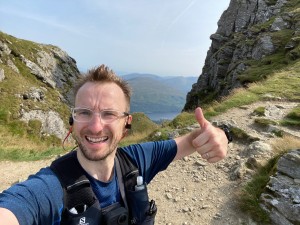 Scott's challenge took him to other parts of Scotland.

Scott explained most of his routes have been from his home.

Most runs have been solo but occasionally he was joined by friends and family.

I wouldn’t say I was overweight, but I certainly wasn't the fittest person.

His eight-year-old daughter Sophie joined him on some stretches.

The weather was often the biggest challenge.

Scott said: “During the summer, it was amazing and I enjoyed everyday getting up.

“It was bright, it was sunny, it was a great start to the day.

“I think when the darker nights come in and it's cold, that’s when I find it tougher.”

But he says he has enjoyed the benefits of exercise during the pandemic.

“In the current climate. getting out is so good just to get your mind off things.

“Just to get your mind off everything that is going on is so good. 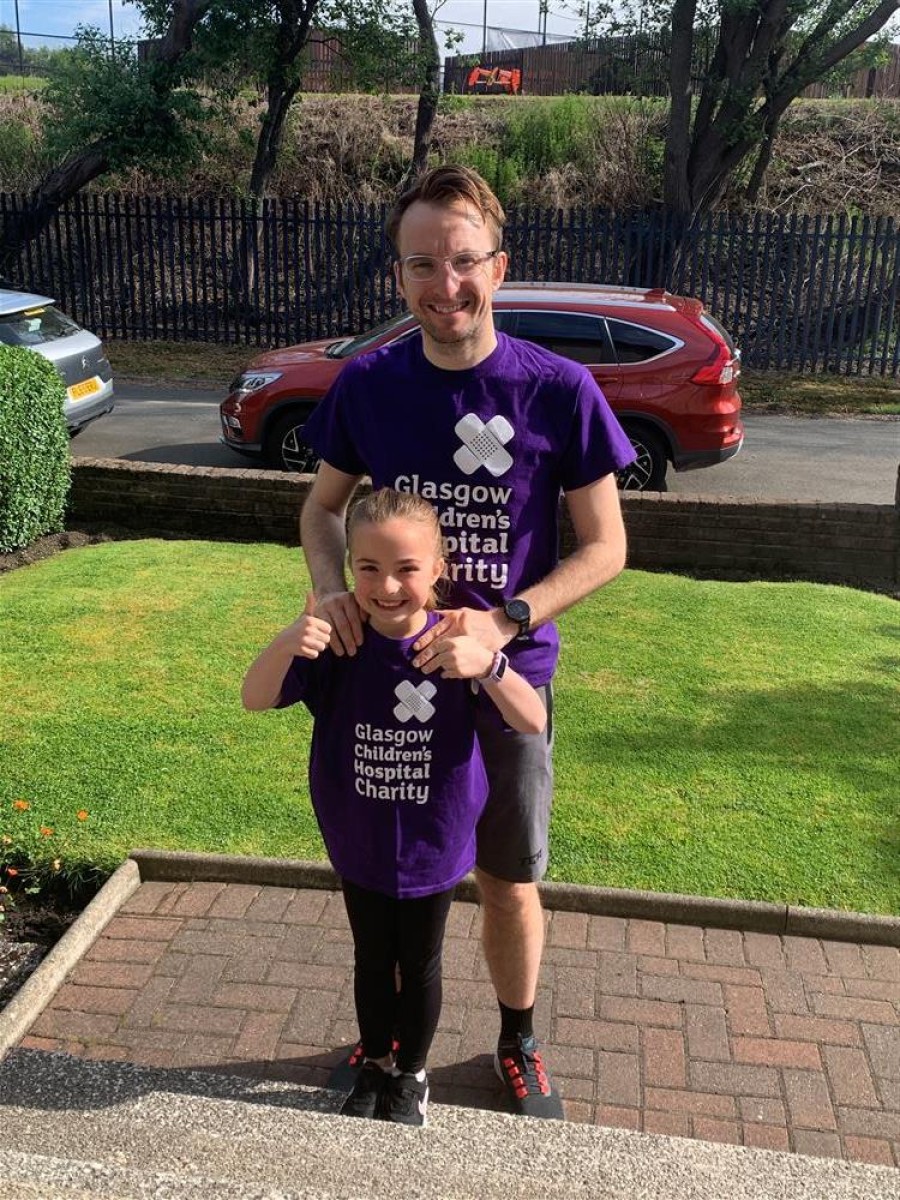 Scott with his daughter Sophie

“Having time to reconnect and have down time, I find really rewarding.”

The money will be used to fund play equipment for sick children on ward 3B.

Ward 3B is a surgical, burns and gastro ward, also caring for children battling the life limiting illness cystic fibrosis.

Scott says on his JustGiving page: “My goal is to raise money for Ward 3B to fund some special pieces of equipment.

“These units will be portable and can be taken around patients rooms and are height adjustable for those kids who are confined to bed.

“I hope to achieve this target and exceed it to allow these units along with other play equipment to be purchased.

“This will make a huge difference to the time many of these children spend on ward 3B.”

* You can find Scott’s JustGiving page here. You can see his runs on Youtube.

If you are doing something amazing in 2022, get in touch. We'd love to spread the word. Email news@glasgowwestendtoday.scot
Share this story