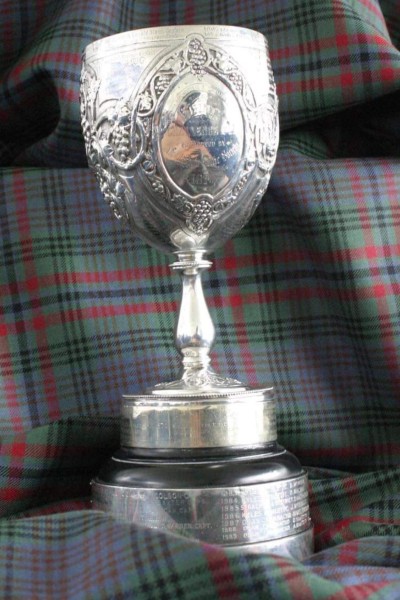 The oldest trophy in the sport of shinty returns to its spiritual home this month, when the 117th Celtic Cup Final is played in Glasgow.

The final returns to the city after a gap of eight years, when Glasgow Mid Argyll play Kyles Athletic at Peterson Park, Yoker, on Saturday June 25.

It is a repeat of the final of exactly 50 years ago, when GMA defeated the side from Tighnabruaich 3-1, and mnembers of the victorious 1972 team have been invited to attend this year’s match.

The cup competition, organised by the Glasgow Celtic Society, was first played in 1879, and is open to all shinty clubs from the South District, playing in the Premiership and Division One.

The society itself was founded in 1857 to promote the language, literature, poetry, dress and athletic games of the Highlands.

The Celtic Cup was the only shinty competition in existence until the introduction of the Camanachd Cup in 1895.

Traditionally, the final was always played in Glasgow, but for the past few years it has been hosted in Argyll.

GMA reached the final by defeating Inveraray 2-1 in their semi-final, while current holders Kyles won through on penalties against Oban Camanachd, following a 1-1 draw.

It is GMA’s first appearance in a final since 1987. Both clubs currently play in the Scottish Premiership.

The Society is indebted to Glasgow Mid Argyll for the assistance in preparatory work on the pitch and venue, which I am sure will be excellent for a televised shinty final.

President of the Glasgow Celtic Society, Donald Fletcher, said: “The Society is indebted to Glasgow Mid Argyll for the assistance in preparatory work on the pitch and venue, which I am sure will be excellent for a televised shinty final.

“GMA are making their first final appearance in 35 years against Kyles Athletic, current holders and winners a record 35 times.

“Recent matches between the clubs have been close so we should have good skilful match.

“Fifty years ago in 1972, Glasgow Mid Argyll beat Kyles Athletic 3 - 1 in the final and members of that Glasgow side will be our guests at the match." 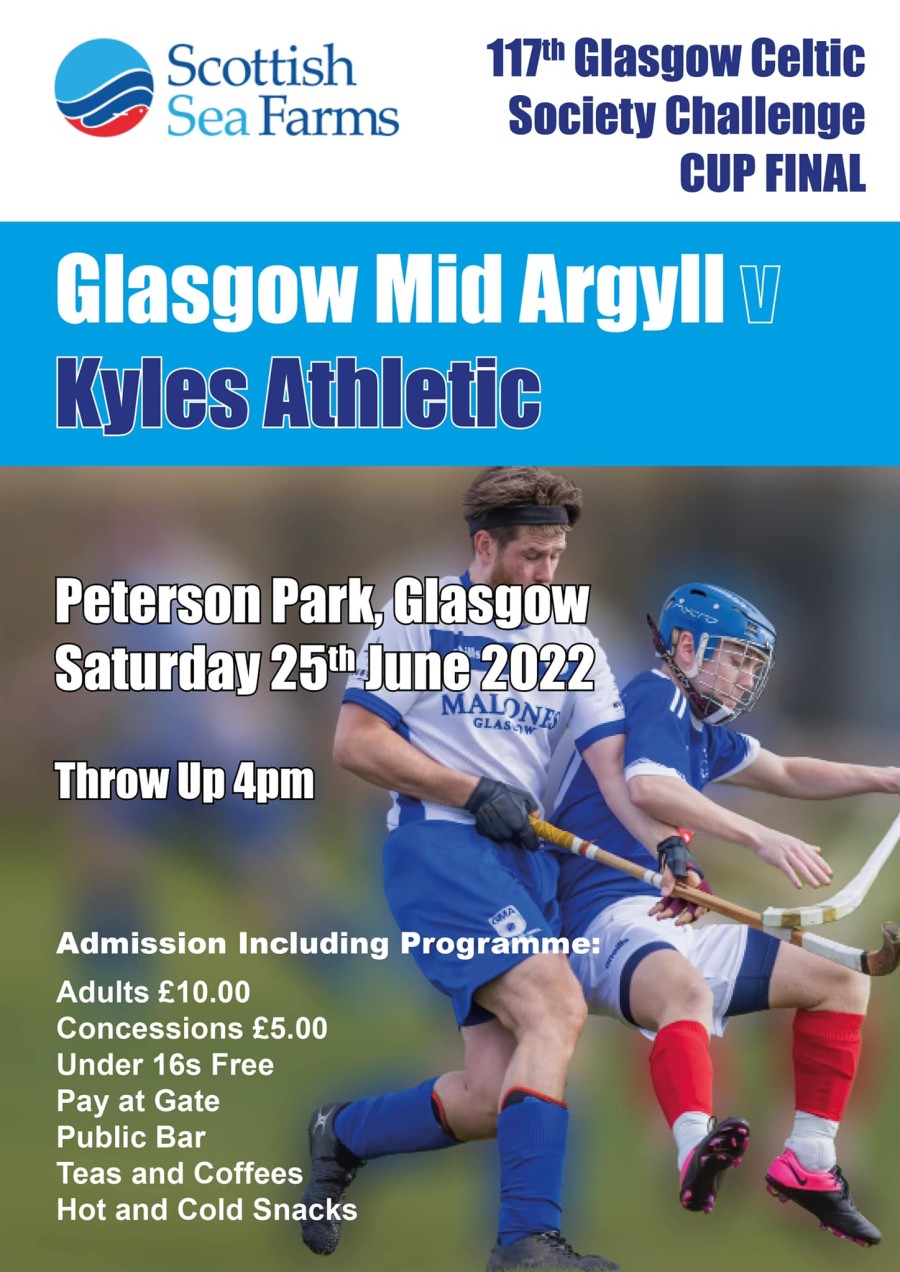 The competition is sponsored by Scottish Sea Farms, who have just announced they are to continue their support for the next three years.

Entry to this month’s final, with a throw-up of 4pm, is £10 to pay at the gate.
Share this story